Something To Celebrate: Chris Galvin Turn the clock back a year and a half, and Galvin Engineering’s Executive Directors, brothers Chris and Paul Galvin, were gearing up to celebrate the company’s 90th anniversary. A whole program of events had been planned to mark the milestone, but then COVID-19 got in the way.

“We were going to have a year of celebrations and we really put that on hold,” Chris tells The CEO Magazine. “So we’re looking at starting to do a few things this year.” He is keen not to let the anniversary slip by without acknowledgement because he sees it as a chance to honour both the past, present and future of the business. It recognises its standing as a veteran business, which has “shown resilience through all the ups and downs since 1930” as well as its rebirth as a “young and vibrant” company with the passing of the baton to the fourth generation of Galvins. Paul’s middle son, Tim, joined six years ago and has been heading up the company’s digital transformation while youngest son Tom came on board last year and is doing a two-year internship.

As disappointing as it was to put those celebrations on ice, it gave the company the opportunity to turn its attention to some other areas that Chris is feeling pretty excited about. “There’s a lot that’s happened in the past year, clearly with COVID, but we’ve come out of that extremely strong,” he says. The pandemic gave the company the chance to build on its longstanding purpose of ‘Water Solutions for a Healthier Environment’ with its electronic, hands-free tapware. “We do elbow-operated tapware, foot-operated tapware and a lot of minimised-touch tapware such as push-button tapware where you’re just using a finger to turn on the tap,” Chris explains. “Last year, there was an explosion in that sector, especially in schools and public areas. There has been a lot more focus on not touching anything, so I guess we turned a fair bit of intent to that.”

Aged care has also become an important area for the company in line with its commitment to health and mental wellbeing. “We’ve always had some business in aged care facilities and residential homes, but we’ve really made that a focus lately,” Chris says. One of the new initiatives is a range of sanitaryware for the elderly and people living with disabilities.

Dementia is also a big priority. The World Health Organization estimates the number of deaths due to dementia will increase by more than 40 per cent between 2015 and 2030. “Dementia is going to kill more Australians than anything else within a few years,” Chris says. “It’s now killing more people than lung cancer and breast cancer, for instance,” Chris says. “Obviously as our society gets older and people are living longer, their bodies seem be handling things longer, but there are more dementia cases. So we’re looking at products that help people living with this.”

Chris expects this to be another key pillar for the company over the next 10 years, highlighting immense opportunity. “That’s clearly a growth market with the ageing population, but there are also commissions taking place so there’s more interest and money being put into that sector. We think we have a part to play in that as well.” 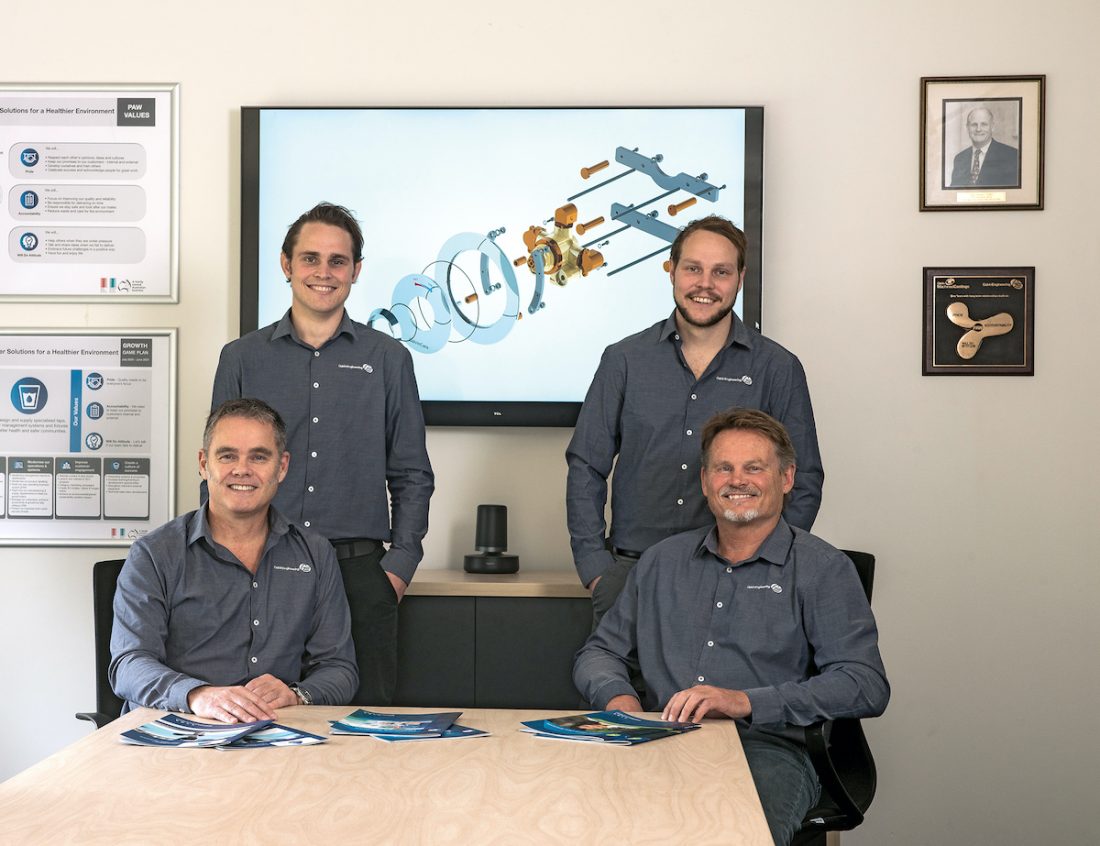 “There’s a lot that’s happened in the past year, clearly with Covid, but we’ve come out of that extremely strong.”

The year also saw the company up its focus on sustainability, but Chris stresses that for Galvin Engineering, this is not just about the environment. “We’re very much about minimising waste, pollution and all of these things, with Tom Galvin leading this initiative,” he shares. “But for us, sustainability encompasses much more than that. It encompasses the safety of our people. It encompasses economic equity. It’s all about the community.” Although the company consistently engages in philanthropic endeavours, it made more of a push on this front during the pandemic.

Another shift for the Perth-based business has been its return to promoting its Australian-made status. “We’ve always been an Australian manufacturer with 70 per cent of our sales coming from our branches in NSW and QLD, not to mention our distributors in the UK, New Zealand and the US, but it’s not something we used to promote as much,” Chris says. “Over the past 20 years, so much of the supply chain has moved offshore that saying you were an Australian manufacturer was detrimental because people just saw that as expensive.” But supply chain issues associated with the pandemic combined with political tensions between a variety of countries has seen a call for more locally produced products. “We now use the Australian-made logo and that encapsulates what we’ve been doing, and that we’re really looking after our own people as well in this period.”

Whether or not this trend will extend beyond the pandemic period remains to be seen, but Chris is hopeful. One of the company’s other business units, Galvin Machined Castings, which services mining and rail customers, has noticed more money being pumped into local content from these industries, which had previously been moving their business offshore. “The more local people we can get working here and the more local subcontracting companies we can support in our supply chain, the better; it just feeds off itself, so that’s something we really do hope sticks.”

While lots of positives have been taking place, Chris admits the first three months of the pandemic were hard. “We had to look at cutting hours and standing people down, but luckily once we got through that period, we were able to start getting everyone back onto their normal hours,” he says. “We actually paid everyone for those hours that they lost during that time because the business started becoming profitable again.” In fact, the workforce grew by around 10 per cent over the past year as business boomed.

That came as a huge relief to Chris and Paul. “Our people are our lifeblood. We have an average tenure of 10 years, but we have people who have been with us for over 40 years,” he says. “We see a lot of value in the culture and the corporate history that comes with those who’ve been with you a long time. We very much treasure that and look after all of our team as much as we can.” 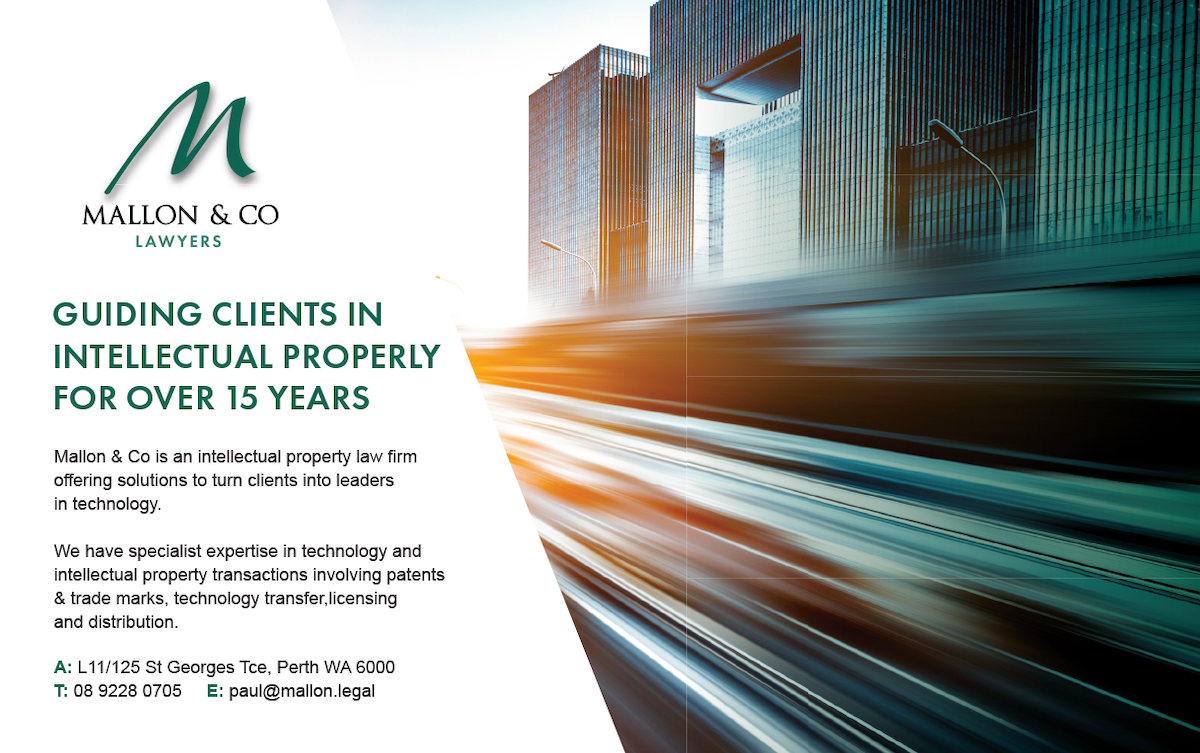 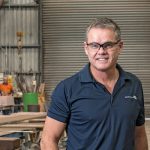