The strength of heritage: Spencer Lowndes 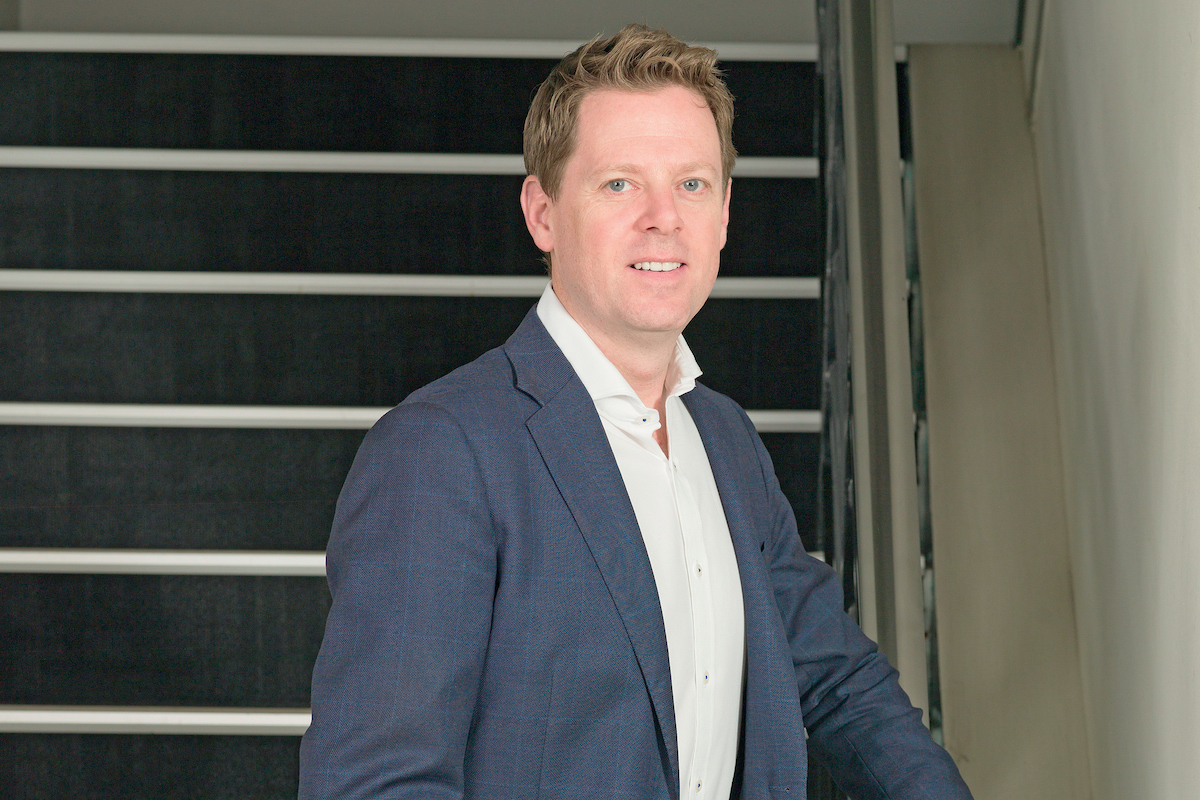 Anything with a long family history immediately becomes that much more valuable – not necessarily financially, but certainly it would be significant, to say the least. For Group Managing Director Spencer Lowndes, that family history is represented by door hardware supplier Access Hardware.

The business was founded by Maurice and Penny Lowndes, Spencer’s parents, in 1975 as Selected Lock & Hardware. Today, it’s a national company but back then it was just one branch in North Melbourne with four employees.

They’d recently migrated from the UK and Spencer had been born only the year before. In one way or another, he says, he has been involved in the business his whole life.

But the family’s history in the industry goes back even further; Spencer’s grandfather owned a similar business in Birmingham, England. It’s a third-generation family business now, with Spencer’s cousins operating it today.

And it’s why Spencer is in the same industry today in Australia. Naturally, of course, the legacy of Access Hardware means the company carries a special significance for Spencer. “It’s not just a job,” he explains.

“A family business like this, I consider it my first-born child. I’ve nurtured it and seen it grow, and I get a lot of satisfaction out of that. Obviously, you put in a lot of effort. More often than not, you make sacrifices and always do what’s in the best interest of the business.”

The family-run nature of Access Hardware means the absence of any parent company; there’s no authority looking over it and demanding a certain level of financial success without taking account of the necessities of the local market.

It also means that the company can plan for the long-term; it’s not dependent on short-term success to drive strategy. Ultimately though, the strength of Access Hardware’s family ownership is its commitment to its team.

“I’d say as a family-owned business, our biggest strength is that we really do value our people and care about them,” Spencer says.

“I’ve never worked for a big multinational or anything like that, but I personally couldn’t think of anything worse than just viewing our staff as a payroll number on a P&L. We really do care about our people. In years gone by, my father has even personally helped out some staff members who’ve needed some assistance outside of the business, because we have a close relationship with all of our staff.”

People are clearly important to Spencer; when assessing a potential acquisition, for example, he first inspects its most valuable asset – its people. Any acquisition, besides offering new tech opportunities and a return on investment, has to have a culture that matches, or can integrate into, Access Hardware.

Equally, the key to providing a great customer experience comes down to the people, Spencer believes. Having the right people in the right places means the client gets the best possible service.

Despite this focus on people, Spencer acknowledges there are some areas in which Access Hardware can build on its culture – for example, demonstrating to the team how much they’re valued.

It’s not just a job. A family business like this, i consider it my first-born child.

In the past few years, the company has brought in an organisational psychologist, dedicated to improving the company’s culture, focusing on everything from training to induction.

Nevertheless, it’s clear that Access Hardware has bred a strong culture; one employee recently celebrated their 40th year with the company, having started not long after Access Hardware itself began.

“We survey our staff once a year and we put a lot of effort into looking at the results and trying to find out what motivates them and what things they think we need to improve upon. We take that seriously, and we’re focused on trying to make this a better place to work all the time.

“In the past few years, we’ve made some great strides in that, ever since we’ve had our Group People and Culture Mentor in place. Having that focus on making it a better workplace means results from our staff satisfaction survey are improving every year. It’s still a work in progress, but the fact that we’ve had several people here for so long says a lot.”

It’s a source of great motivation to Spencer that Access Hardware has evolved into a rich career environment. The growth of the business has made it possible to offer employees the kind of career opportunities they’re looking for.

Needless to say, this has improved Access Hardware’s retention rates, but Spencer finds it rewarding to provide that professional development to the team.

Equally, Spencer loves when the business is doing well, but for him, doing well isn’t just about profitability or revenue; Spencer lives for the opportunity to do something new with the business, whether that’s an internal transformation or the launch of a new product.

Seeing these new ideas go from conception to realisation, and achieve some benefit for the company, whether financial or operational, is a major source of motivation for him.

In fact, when Spencer says he enjoys watching these ideas go from start to finish, he’s not taking a long-distance perspective. Over the course of his time with Access Hardware, he’s had experience across the entire business.

He started out in the warehouse for a few months, before asking his father if he could get involved with the leadership. He admits he mightn’t have been quite ready at the time, but he had the drive to make that move. 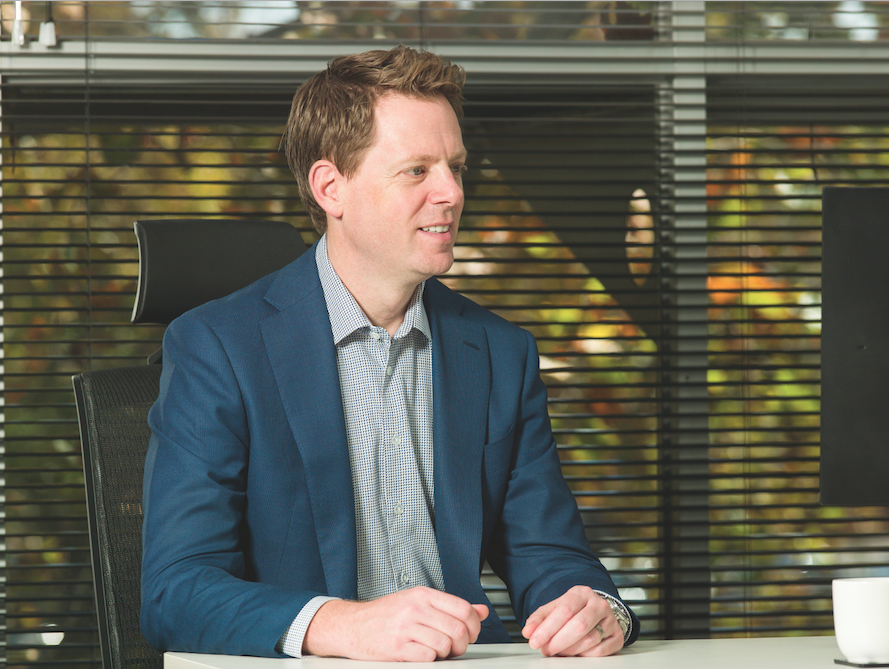 And with a background in engineering, he has a genuine understanding of every operation across the company. “I understand all different parts of the business. Sometimes that can be a hindrance,” he admits.

“Although I do get into the detail, I can also sit back and take that helicopter view, look at it from a much higher level. I’m someone who understands all these different parts of the business. My father was exactly the same. It’s beneficial, because it ties different departments together when we’re looking at processes that span across them.”

This overhead view of the business is no doubt advantageous, as so many facets of the industry are rapidly transformed due to technological change.

For one, cybersecurity; Spencer often discusses it with fellow members of The CEO Institute and, as the leader of an SME, believes it’s definitely something to worry about.

He also says the market is moving rapidly into electronics, where Access Hardware has traditionally provided mechanical products. As this technological evolution hits the industry, Access Hardware is seeking out new tech customers, across facilities maintenance companies to fabricators, outside the main traditional segment of builders.

Spencer believes the business needs to establish a better focus on these markets, which already provide a significant proportion of Access Hardware’s sales.

The business is starting to rethink its strategy around these markets, and has acquired the right talent to pursue business development.

The best thing we can do is add more value for our customers.

Geographical expansion is also on the cards – Access Hardware isn’t yet present in Perth or Canberra – as well as improvements to customer service.

“I think our industry is a very small niche industry that provides a fairly mediocre customer experience,” he says.

“The opportunity for us is to put a lot of effort into making sure that we’re always improving that customer experience and adding value. The best thing we can do is add more value for our customers, because then they’ll obviously want to keep coming back.”

Spencer’s dedication to bettering the industry – and more specifically to engineering – is a lifelong habit, he says. Throughout childhood, the first thing he’d do with any new toy is take it apart to see how it worked, thanks to an inquisitive mind.

His first job, he recalls, was as a suspension engineer, and his fascination with the subject meant it was inevitable that he joined the family business. And it already seems there’s a chance a fourth generation of the Lowndes family will follow that same path.

“I can already see the pattern repeating in my eight-year-old son,” says Spencer. “He already talks about it now. My parents never pushed me to come into the business, it was always up to me. And so, my first job, I tried something different, but then chose to join Access Hardware when I moved back from Albury to Melbourne. I’ll leave it up to him – whatever is going to make him happy later in life.” 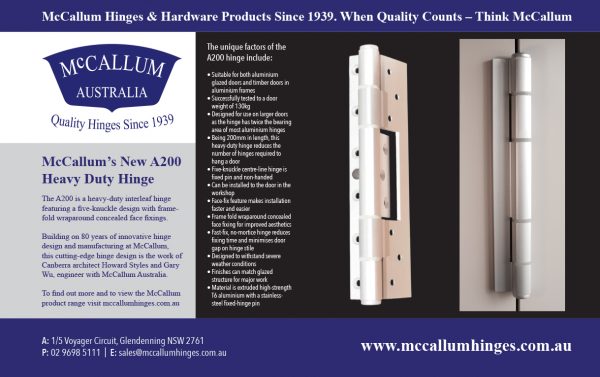