For Subhasis Das, Vice President, Sales Area – India of Sandvik Mining and Rock Technology, delivering on business targets is important – and in the past 65 years, the Swedish engineering giant has been doing exactly that within its Indian division. But as far as Subhasis is concerned, his most crucial tasks are training and supporting a skilled, passionate workforce.

“I’m happy to see the numbers are there,” he says. “That’s important, but I also see an organisation that’s educated and filled with good people. The core is good, and what we need to do is make our team even better. The business revenue is one part of it, but I personally take pride in seeing people develop, in terms of competency and leadership skills, in terms of growing in their roles.

We’re creating value for them. That’s what keeps me going. We invest a lot into our employees – in training and coaching them. We conduct a very extensive training program starting from the technical/product specific side to the mine academy, and also to the behavioural and leadership development business – this includes communication and emotional intelligence.

Other areas of training are our specially designed programs on value selling, as well as our in-house designed program on competency development, which is based on a blended learning approach.”

To an extent, this is a necessity in the Indian engineering industry. While Sandvik has the technological infrastructure in place for it to be an industry leader, Subhasis believes that talent has to be nurtured and developed to really ensure its success.

For example, Sandvik recruits a great deal of people out of university (advertising through institutions and sites such as Facebook or LinkedIn), bringing them into Sandvik’s training academy for a year or two. From there, Sandvik assesses these graduates on their technical competencies and soft skills, such as customer interaction and service.

Subhasis characterises it as a kind of finishing school, which last year produced more than 100 people. “There are just smart kids, but being smart doesn’t make you successful,” he points out. “What helps them go from an uncut diamond to a perfect diamond is a lot of discipline and commitment. That’s where Sandvik Mining and Rock Technology (SMRT) India needs to do a lot more.

There’s a lot of technical business to deal with, but we’re not at that point yet. India is trying to develop quickly. Compared with the rest of the world, that development is happening in a very short period of time. That’s where the talent comes in.

When it comes to supporting the Sandvik staff, Subhasis says is doesn’t have one-off training courses. Instead, the company’s training programs extend over a two-year period. “The programs offer structured, well-researched training,” he says. “Then we get them to take it out into the workplace. Sometimes it becomes too much for them, but that’s an investment we undertake for all these people.”

Subhasis has served in various positions over the past 10 years, and has been the Head of SMRT for five years. Upon taking over SMRT, he formulated a long-term strategy, which included moving to the top of the market and multiplying business revenue. The company has been successful (for which Subhasis credits his 1,300 staff), but Subhasis must focus on realistic, pragmatic aspirations, while also planning for contingencies; despite the technological growth, he says India is slow and bureaucratic, and it takes a while for things to happen. Nevertheless, a focus on people is the way forward.

“It’s the people that come first; getting everyone aligned. The people on the ground who are facing the customers and stakeholders, getting them aligned in one direction and making sure they share the same values, the same mission, the same goals. If I can get all 1,300 people working in the same direction, at the same speed, nothing could be better.”

Sandvik’s values, born from its Swedish roots, include customer focus, innovation, fair play, and a passion to win. Subhasis believes a commitment to this – across every level – is what makes the company successful. “That’s what we strive for, what we are as an organisation, as a people, as individuals,” he says.

“This organisation is almost 160 years old. Since 1955, only 12 per cent of companies that were on the Fortune 500 have survived. We started in 1862, and we’ve been successful for so long that we know we’re doing something right. In India, we’re 65-plus years old and we’re still growing. We started small, but we’ve come a long way.” 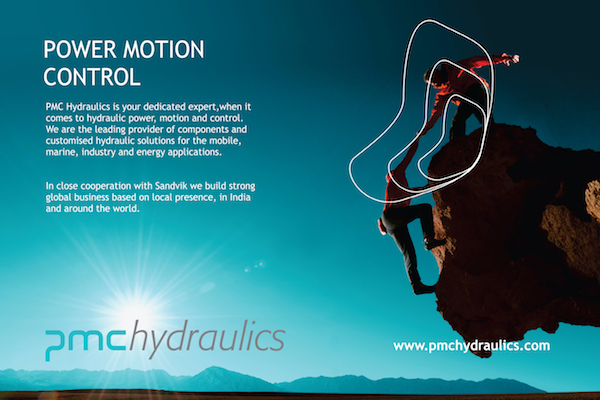 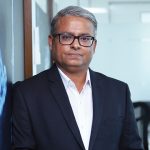