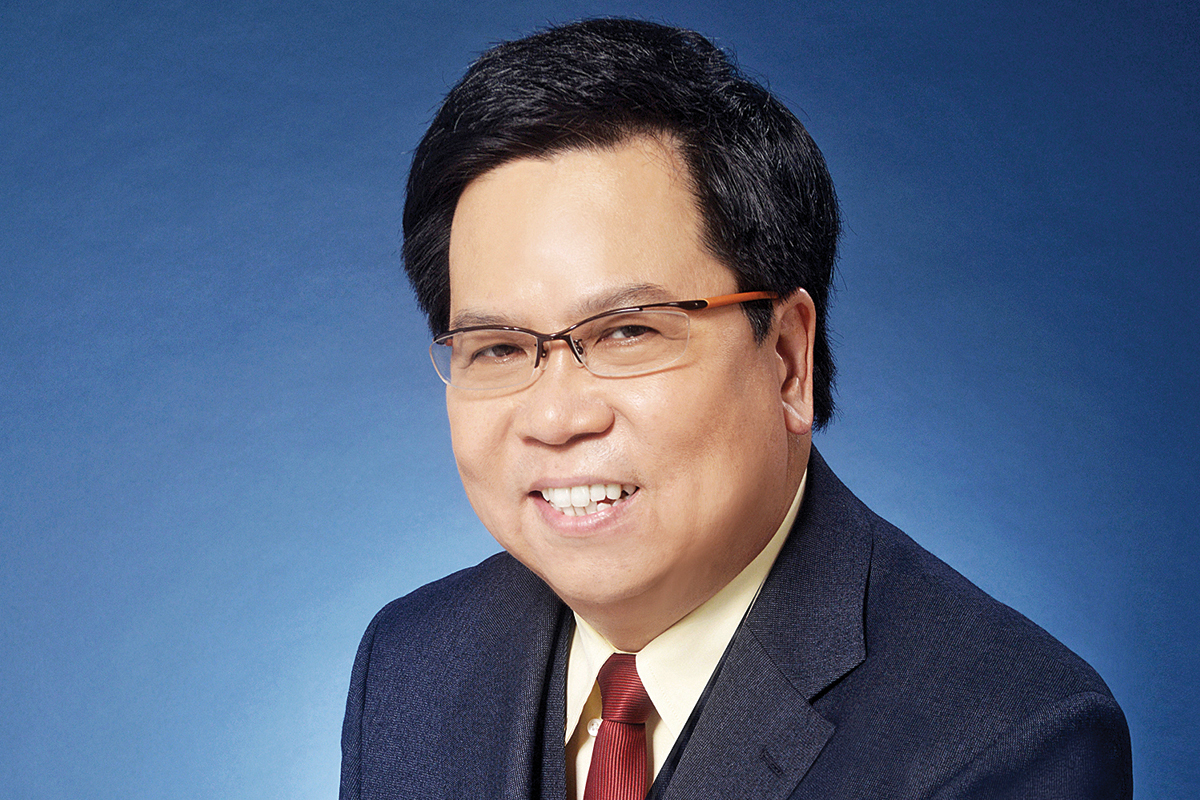 Humanity is now solidly in the era of the fourth industrial revolution, Industry 4.0, and it’s brought with it change and disruption aplenty. The automation and computerisation of manufacturing represents both challenge and opportunity for many in the industry, should they know how to navigate this new space.

One individual who’s all too aware of the requirements for survival in this new era is Teo Cher Koon, Managing Director and President of ISDN Holdings. Cher Koon joined the company during its early days in 1987, and subsequently led ISDN Holdings from its beginnings as a Singaporean start-up to being a regional power in its sector.

As a result, he’s witnessed three decades of the motion control and computing industries. Indeed, he graduated from mechanical engineering at the National University of Singapore in 1987, meaning he’s well-versed in the industry’s intricacies, and is now concerning himself with its future.

“It’s our vision to stay at the forefront of the industry,” he says. “The present and future trend is artificial intelligence and robotics, and we’ve invested in that. We’ve formed partnerships and produced precision parts for the market. We’re also looking into robotics applications – a lot of our customers want to use robotics but they don’t know how to implement it, so we have a team that helps customers achieve these solutions.”

Cher Koon is excited about this future, and the onset of robotics, AI and cloud software. The industrial transformation is proving a challenge for many companies, but while Cher Koon’s approach is tinted with caution, it’s largely driven by optimism. He has good reason for this – ISDN Holdings is well-positioned to take on the tidal wave of change coming its way.

Founded in 1986, just one year before Cher Koon joined, ISDN Holdings has made motion control solutions and industrial computing its business. The company supports a wide range of critical industries like medical, defence, aerospace, robotics, factory automation, energy, manufacturing, hard disk and semiconductors. The market they occupy may be a niche, but it’s a niche in which ISDN Holdings is dominant.

Now, ISDN Holdings is striving to stay at the forefront of industrial innovation – a tall order, but Cher Koon is certain the company is capable of it. “The challenge is to live up to the requirements and expectations of the market, especially right now,” he says. “There is a lot of development in drones, robotic applications and artificial intelligence, so we cannot stop learning. We are not only growing our business organically, we are also looking for opportunities to acquire knowledge, and acquire companies to become part of our organisation.”

“If we think something will create value for the company and the shareholder, I will go all out for it.”

For Cher Koon, the ideal acquisition or partnership is one where the other company exemplifies commitment and dedication, and the individuals that make up that company work with passion and effort. Only when the other company demonstrates these traits, Cher Koon believes, will they be able to pursue a profitable, productive relationship with ISDN Holdings. It’s not surprising that the company holds its partnerships to such a high standard; their longevity has gone a long way towards assuring ISDN Holdings’ success, and Cher Koon is grateful for the support of the company’s suppliers throughout their journey.

“We always try our best to find the right customer, the right application, the right market for a potential partner,” Cher Koon explains. “Those that we think have a long-term growth prospect, that continue to evolve and innovate. These are the partnerships that we treasure, because we believe that the industry is continuously growing. We need partners to be constantly evolving, developing new products, new ideas, new solutions for the market.”

ISDN Holdings’ network of suppliers and partners stretches across Europe, Asia and Australia, allowing it to draw on expertise and excellence from across half the world. This continues to be a tremendous boon for the Singapore-centred engineering services provider, as it endeavours to reinforce its position across North and South-East Asia.

Though it’s still in progress, this undertaking has already seen success; only last year it was listed in the Stock Exchange of Hong Kong, after which it saw “robust demand”, generating net proceeds of S$8.6 million. This year, ISDN Holdings was also named as one of Financial Times’ 1000 high-growth Asia–Pacific companies. Going back further, ISDN Holdings was a Singapore 1000 Company in 2017, having been listed on the Singapore Exchange Main Board since 2005.

“We went public in 2005 in Singapore in order to reward my key staff,” Cher Koon says. “During that process, I distributed shares to those personnel. In total, we distributed three times to all of these pivotal employees. The purpose was to give them
a sense of belonging and help them to further feel part of the organisation.”

One of the company’s greatest achievements, however, was its entry into the mainland China market in 1995. ISDN Holdings made the move early enough that it benefitted tremendously from first-mover advantage in the Chinese engineering market. Today, ISDN Holdings maintains its industrial base in Wujiang, Suzhou, and has partnered with several Chinese companies to pursue hydroelectric renewable energy plants in Indonesia, going back as far as 2013.

Cher Koon sees the effort of finding the right target as something of a challenge. But it’s a challenge made easier by ISDN Holdings’ clarity of purpose. “We are very truthful to ourselves,” says Cher Koon. “We commit 100% and follow our passion.

“If we think something will create value for the company and the shareholder, I will go all out for it, and work towards it day and night until I see a result. Obviously, if it’s not going to work out after several attempts, we do not proceed. Instead, we continue to look for new ideas and new opportunities.”

“Copley Controls has worked with Servo Dynamics for over 15 years, and the combination of Copley’s world-class products and the strong commercial and technical support from ISDN has contributed greatly to our success in the motion control market in Asia.” – Janusz Kobel, Director of Sales and Marketing, Copley Controls

Given that ISDN Holdings is operated with a clear sense of strategy, it’s to be expected that Cher Koon would want a team that’s equally focused and committed. The first necessities he looks for in a potential team member are integrity and trustworthiness. Once this is assured, the next step is to find a role to best suit an employee.

But this doesn’t mean Cher Koon neglects the needs of his team, in pursuit of independence and autonomy. He maintains an open, communicative style of leadership, characterised by the offer of assistance to his employees – as long as his team members give their best, Cher Koon is equally dedicated to supporting them. He also holds regular meetings with the managers of ISDN Holdings’ 60-plus subsidiaries, to keep the company’s vision unified and consistent. 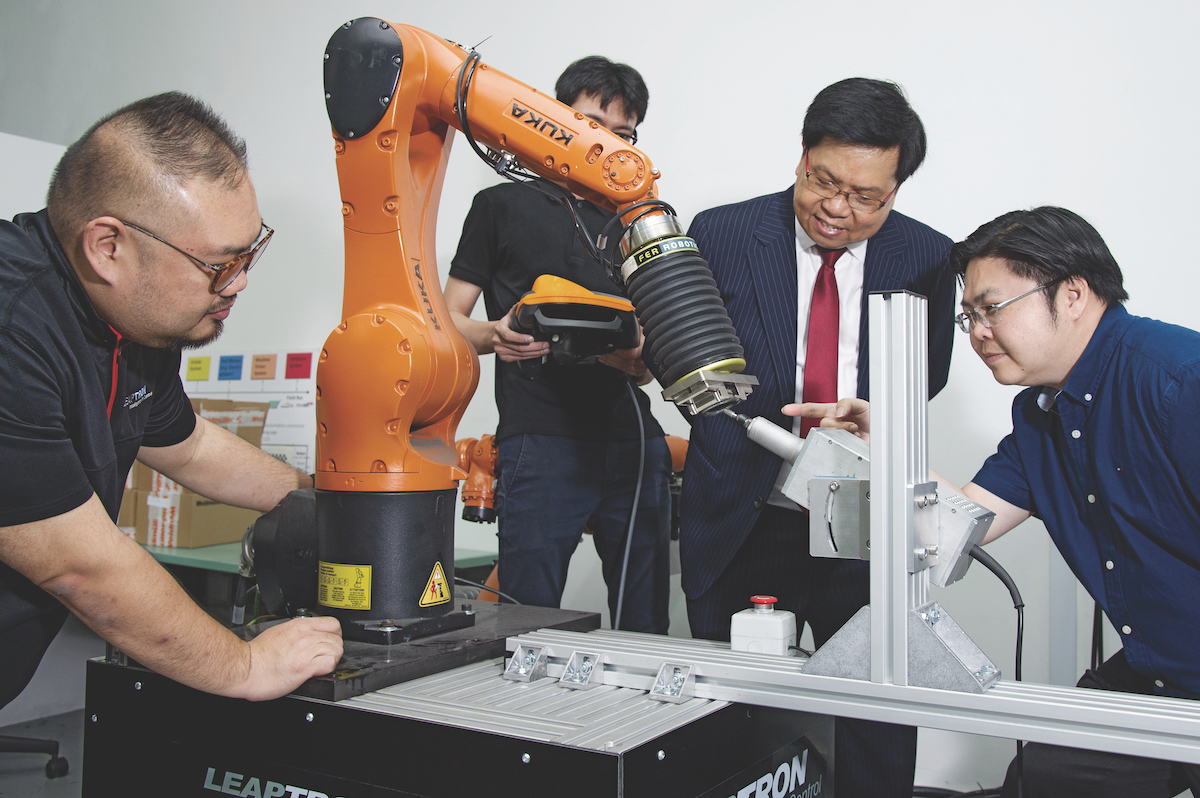 “In these meetings, we let all the managers share their developments,” he says. “Then I share with them our organisation’s vision and evolution. We’re always keeping them updated about where we’re heading to. Every time we’ve met for the past few years, we discuss Industry 4.0, we discuss robotics, and I always remind them that we must be ready and able to contribute to these fields.”

Throughout the past three decades, Cher Koon has developed an ever-increasing appreciation for the team with which he works. ISDN Holdings published a book to mark its 20th anniversary, The Next Chapter, including recollections from Cher Koon himself and other company directors. For the company’s recent 30th anniversary, a similar book was published, but this time featuring accounts from long-service staff, detailing the evolution of their careers and their feelings about the company.

“ISDN Holdings is a long-term business partner of Yaskawa. The close working relationship has benefited both companies in expanding and developing the market together. Yaskawa look forward to more prosperous years ahead together.” – Junichi Nakano, CEO, Yaskawa Asia Pacific

The purpose of The Next Chapter is not to just celebrate ISDN Holdings’ legacy, but to convey Cher Koon’s appreciation for his employees. He recalls a Chinese saying, which translates as, “If the boss doesn’t demonstrate the right behaviour, you can’t expect the employee to do the right thing”. This defines Cher Koon’s nature as a leader, as do four distinct qualities that he considers essential for running a company.

“First, I look for integrity. That’s paramount,” he says. “Second, a leader must have passion for the business that they do. Without passion, there will be no success. Third, they must have a certain kind of leadership. Without leadership, the organisation will go nowhere. And finally, they must have strong business acumen.” 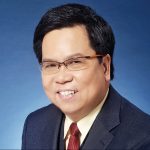