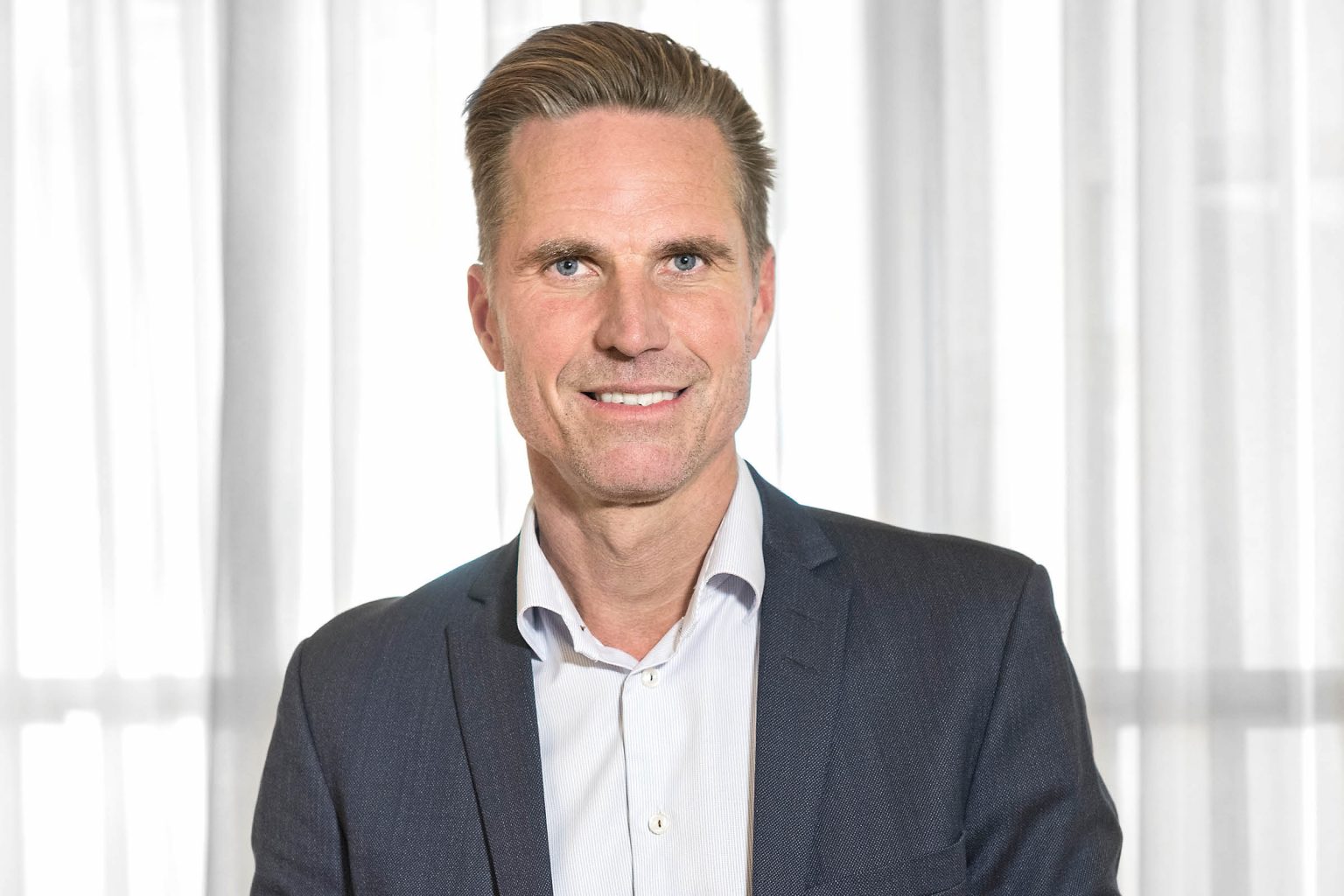 The unassuming city of Uppsala is around 71 kilometres north of Stockholm, less than an hour’s drive up the E4 highway. If you watched the History channel’s hit show, Vikings, you’ll have seen parts of it when the fearsome Ragnar Lothbrok paid a visit to worship the gods and offer a human sacrifice. Its other claims to fame are the country’s largest cathedral and the invention of the Celsius scale for measuring temperature. But in recent years, the area has become highly significant for another reason as the world capital of separation science.

For those not in the know, the discipline, also called chromatography combines biology, chemistry and engineering and involves the study of mixtures and how they can be separated into their constituent parts through distillation, filtration and evaporation.

It’s how crude oil is turned into petrol, gas or animal feedstocks, and how bauxite ore becomes aluminium. Research in the field has led to groundbreaking advances in biotechnology and the development of drugs.

And Uppsala has been where just about every discovery in the field has taken place for decades, many through a school dedicated to the subject. Meanwhile, local companies hold countless patents and two of the city’s scientists have won the Nobel Prize in Chemistry.

I’m proud that we’re a caring company, looking after not just our people and stakeholders but also the environment.

The tradition is being continued by Biotage, a global impact tech company that’s not only at the cutting edge of innovation in the sector, but also wants to save the planet.

“Basically, our mantra is to solve some of society’s problems and make the world a greener, cleaner and healthier place,” CEO and President Tomas Blomquist explains. “It’s a pretty powerful mission, but we all share a vision to push the boundaries of green chemistry and help shape a sustainable science of tomorrow. We call it ‘Humankind Unlimited’.”

Biotage originates from the Royal Institute of Technology (KTH) founded in 1998 by Professor Pål Nyren, Professor Mathias Uhlen and Ph.D Mostafa Ronaghi, under the firm Pyrosequencing AB. At the time it focused on commercialising machinery and reagents for sequencing short stretches of DNA using the proprietary pyrosequencing technique.

Today, it has around 500 employees and has achieved unicorn status in Sweden with revenues exceeding SEK1 billion (€98.5 million). “Essentially, we now have four areas of focus – organic chemistry, analytical chemistry, scale-up chemistry and biomolecules,” Tomas says. 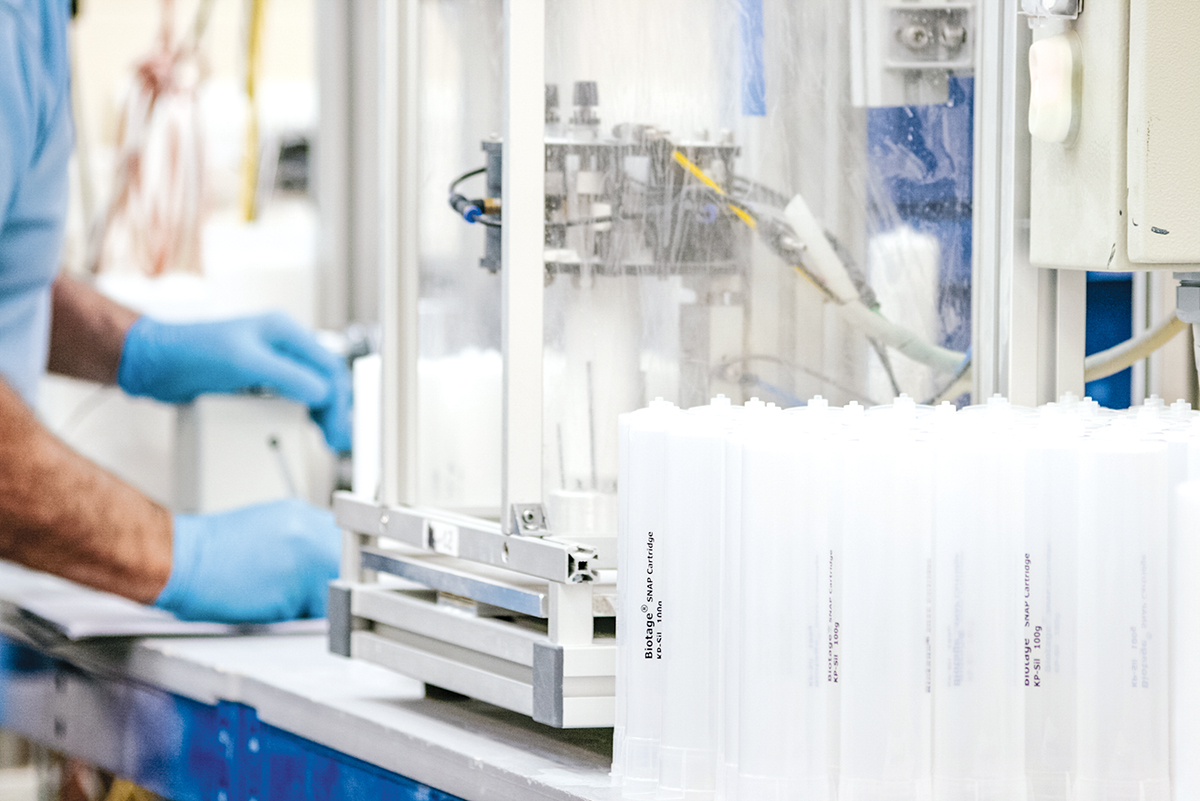 “We developed the latter after buying PhyNexus in 2019.” Within the biomolecule business, Biotage is focusing on Plasmid DNA purification and the growing market segment with gene therapy workflow with viral vectors such as adeno-associated viruses (AAVs).

“Biotage is also active in new ways within Industry Scale-Up processing, where its platforms are used to purify the different types of lipid nanoparticles (LNPs) – an essential part of the lipid-based mRNA vaccines that are being used against the Coronavirus pandemic,” Tomas says.

“This is again in line with our HumanKind Unlimited tagline and our commitment to solving the problems of society.” Since joining the company in 2019, Tomas has executed a growth strategy involving investment in people, digitalisation, sustainable innovation and finding new markets. 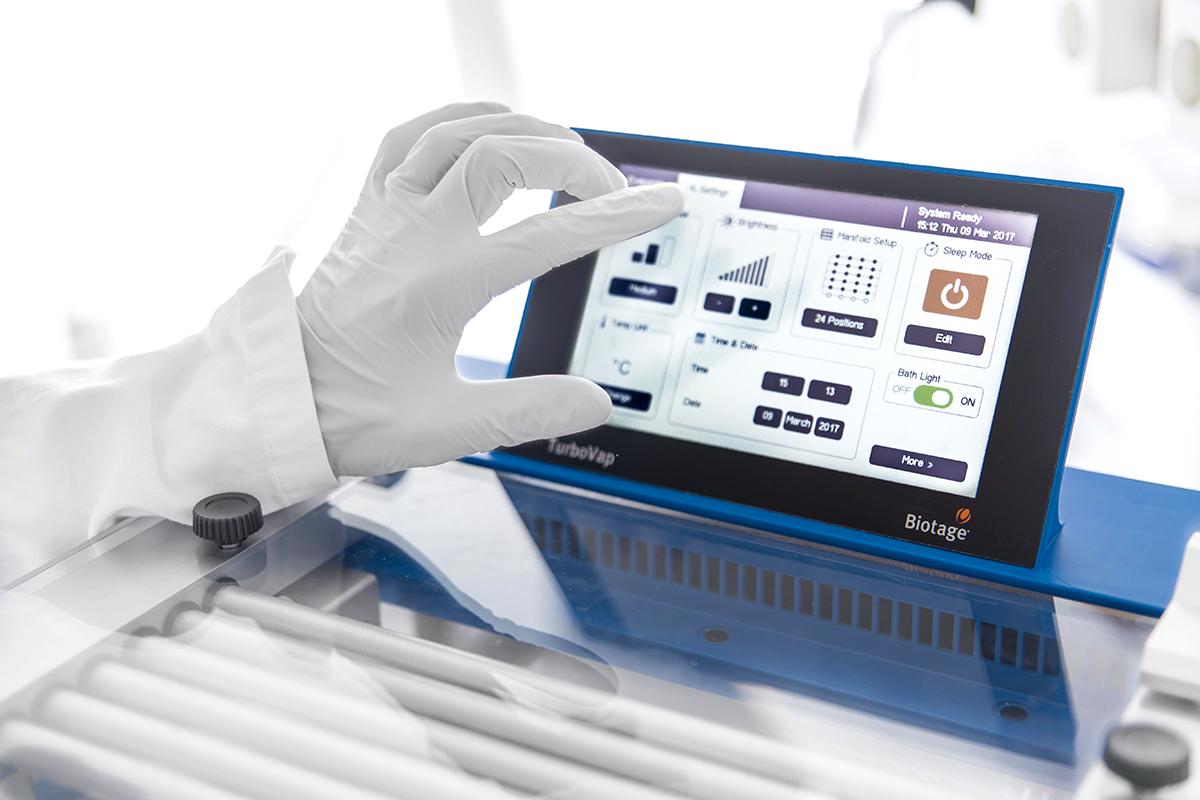 “I’d been in the life science space for 27 years, building international sustainable growth companies with great people, and I felt it was time to come home,” he says.

“I heard about Biotage and realised what an attractive opportunity it was as an impact technology set-up doing such good work in drug discovery and development, analytical testing, and water and environmental testing.”

I want to take Biotage to new heights and put a significant Swedish life science and impact tech company on the global map.

After just a year at the helm of Biotage, Tomas was named as one of the top 25 European healthcare technology CEOs by The Healthcare Technology Report. “I want to take an already successful Biotage to new heights and put a significant Swedish life science and impact tech company on the global map,” he says.

A former middle-distance runner, Tomas was Vice President of EMEA Cardiometabolic at Abbott and prior to that president of Analyticon Biotechnologies. He also spent eight years at Johnson & Johnson as the Nordic business unit director and has had spells studying in California – a place he now considers his second home.

“We’re very diligent about making sure all our suppliers comply to our high moral standards,” Tomas shares. “We have hundreds, but work closely with a select few whose values align most with ours. I’ve always believed in the Pareto principle in business – 80% of sales come from 20% of clients. Whether it’s suppliers or customers, you come back to and look after the ones you trust and who provide the best service.”

Biotage has commercial, development, research and manufacturing sites in the US, China, UK, India, Korea, Japan and Sweden. Its products are now sold in nearly 70 more to biotech companies, pharmaceutical and biopharmaceutical companies, CROs, CMOs, analytical and clinical labs, government agencies, and academic universities and institutions.

Among its many areas of expertise are detecting both drinking water and wastewater, and new techniques to identify potentially harmful contaminates in soil. Reducing the use of solvents in the industry is another area being investigated along with moving towards more bioplastics and biodegradable products.

One particular concern for scientists in many countries are per- and poly-fluoroalkyl substances (PFAS), a large group of chemicals that have been around for 70 years and are used in non-stick pans, waterproof coats, stain-resistant sofas and many other household objects such as umbrellas, tents and food packaging.

They have the potential to trigger huge environmental problems as the cells don’t break down (they’re nicknamed ‘forever chemicals’) and have leeched into soil before reaching the rivers and lakes that supply us with drinking water. Recent studies have even found them in humans, and scientists don’t know what the long-term health implications might be. 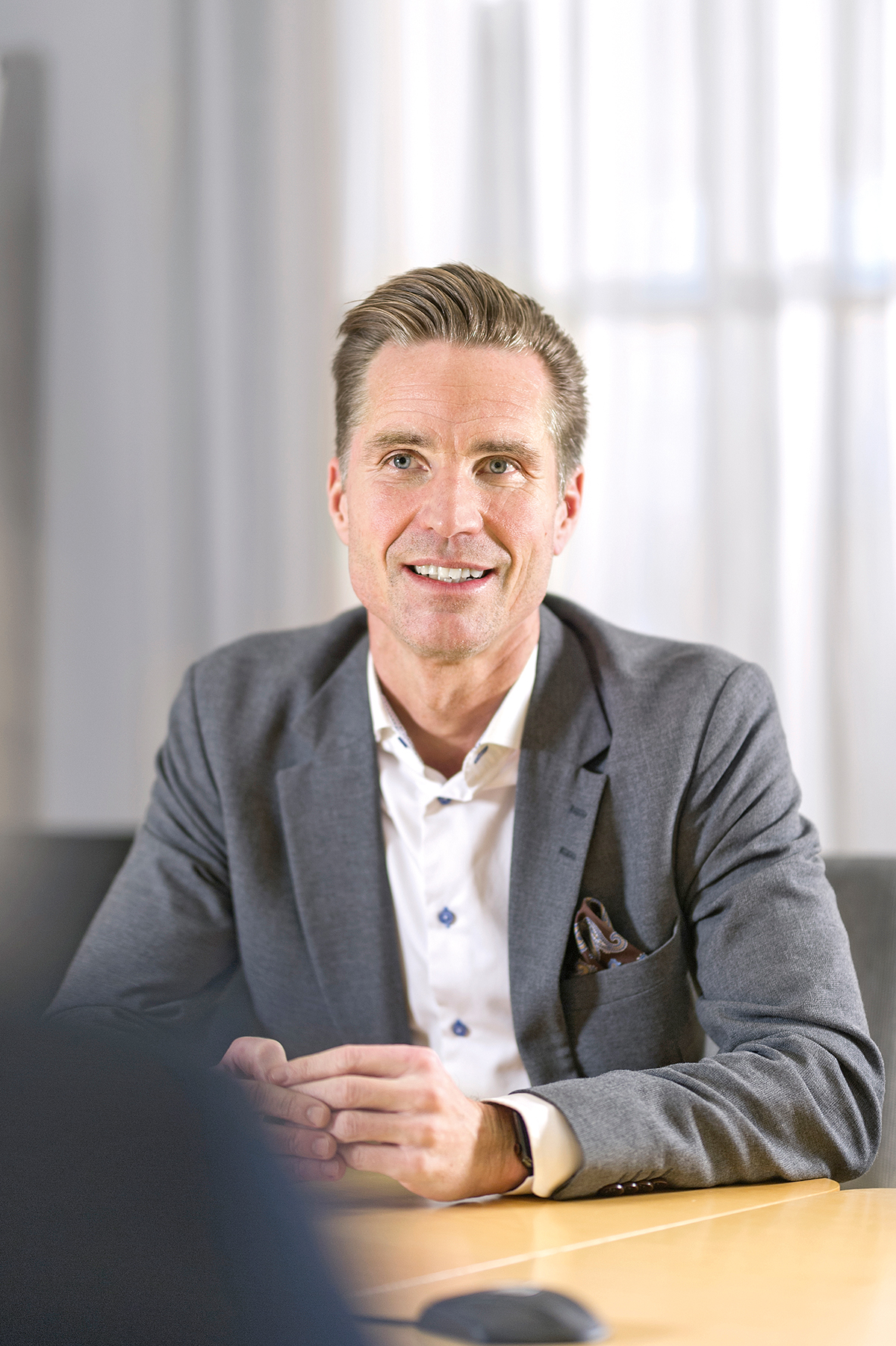 Some countries have threatened to introduce limits for drinking water while research is carried out. “We’re currently ploughing a lot of resources into examining the issue,” Tomas says. “We want to be a part of finding a solution because these things have spread everywhere.”

The plan for further growth may well involve greater diversification of services, but only to a point. “We lead the world in several separation fields and have evolved to have a bandwidth capable of software and manufacturing our own instruments and consumables, but we have to be focused and prioritise areas where we have the expertise and passion,” Tomas explains.

“If we’re not the best people to do it then we might look to acquire a company that can, or form a partnership. Really, we have to be smart in where we deploy our resources.”

To accelerate organic expansion, Biotage introduced the Biotage Management System, the glue that connects the Group in a scheme to broaden the service the company offers and the range of products available.

“We’re becoming a unique workflow partner to our customers, with a focus on price-insensitive blue ocean niches where we can help customers through their entire workflows.” he says. “To do this effectively we have performance programs linked to productivity and excellence and even our own talent factory, the Biotage Academy, where we train the very best in the industry.”

This internal training has been positively impacted by the company’s collaboration with Eurekos Systems ApS. With a range spanning from consumables, CRM software, compliance and new products, Biotage can reach out with its message to more people in a purely digital form.

This partnership also includes a QR code project as part of a global plan to expand the Biotage Academy externally to its customers with a new e-learning platform. “The QR code option offers an easier way to get our customers engaged, without the need to register on the platform,” explains Tomas.

“For example, with a mobile phone camera and a QR code sticker on one of our products, our customers can get direct access to a specific course – whether a consumables application or a set of maintenance instructions for a particular instrument.”

As for the lessons that the academy students learn, one of the most important is the set of principles that Tomas has adopted as Biotage’s core values.

“We refer to them as ‘CARE’. It stands for collaboration, accountability, results oriented and entrepreneurial,” he says. “It’s a great word to use because it’s at the heart of who we are. I’m proud that we’re a caring company, looking after not just our people and stakeholders but also the environment.”

There are four other tenets that Tomas cherishes: inclusion, empowerment, courage and wisdom. They guide everything the company does from recruitment, assessing performance, management techniques and strategy. “Our people and culture set us apart from our competitors,” he says.

“So many people want to join us because of the high ethical standards we’ve put in place and the culture we’ve moulded. Everyone who works here has a drive to make continuous improvements to save lives and our planet for humankind. I’m pretty happy with that.

“So much has been achieved, but the journey is just beginning. There are loads more things we can do to make the world a better place and grow our impact company with extraordinary people. I’m more engaged and excited than ever. Maybe that’s the Californian in me coming out.” 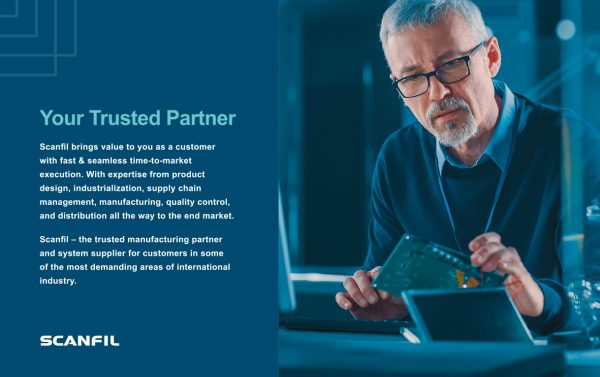 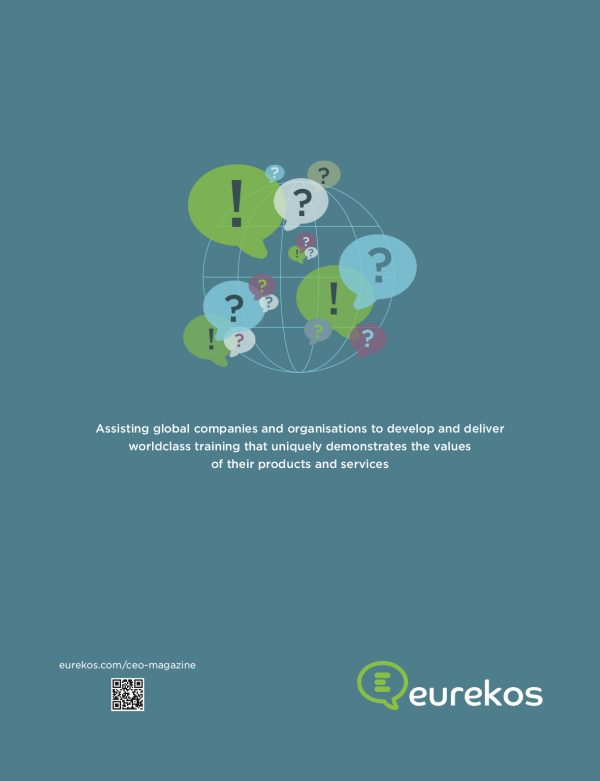