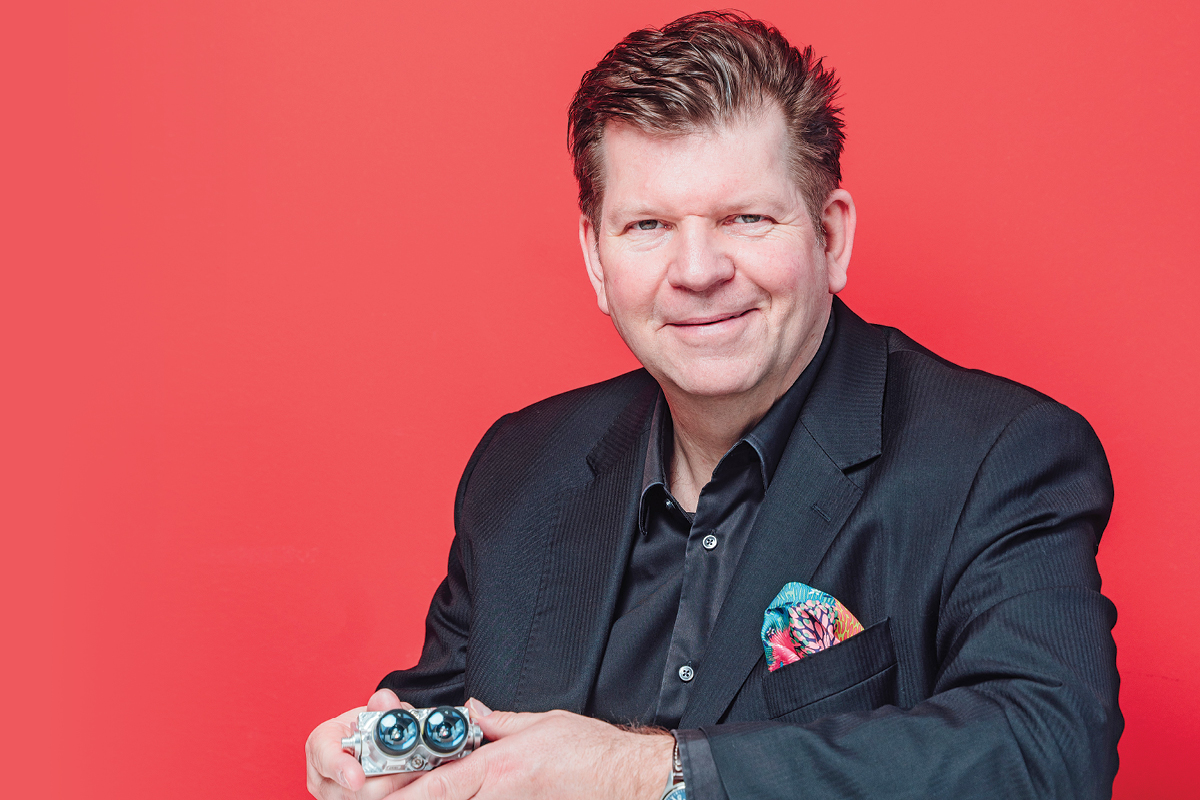 Over the past few years, the gulf between humanity and the advent of self-driving cars on a commercial scale has been shrinking quickly. Tech giants such as Tesla and Uber have thrown their weight behind camera-based sensors that are supposed to enable cars to map and interpret their surroundings and avoid objects on the road. But this Holy Grail of innovation remains ever so slightly out of reach.

According to Ulrich Lages, CEO of the Hamburg-based sensor developer Ibeo Automotive Systems, this is partly a consequence of tech innovators taking the long way to reach automated driving. Throughout his life, Ulrich has championed the use of lasers rather than cameras in the quest for self-driving cars.

“The advantage of a laser scanner is that it is an active system, so it measures actively in comparison to a camera, which does it passively. It brings its own light, its own energy to illuminating the environment, and it is very accurate,” he says.

Laser scanners have been at the centre of Ulrich’s life since the 1990s, when he pursued a PhD in mechanical engineering, specifically in emergency brake systems based on laser scanners.

In 1998, he applied his research to developing his own scanners that could be used to prevent traffic accidents. “There were laser technologies at the time, but they were developed for different commercial markets, like forklift manufacturing. We thought it would make sense to transfer this technology to the automotive market,” Ulrich says.

Moreover, he believed he could improve the performance of laser scanners by raising the number of scanning planes and therefore increasing the vertical field of view. On that premise, he and his partner founded Ibeo in 1998.

Business was tough in the beginning. “At the time, no-one was interested in putting a complex laser scanner on their vehicle. There were still too many problems with the technology – it was not water resistant, and it was huge. There was no market for such a device,”

Ulrich recalls. They needed to create a market for their technology, which they did through licensing. Their first deal, in 2010, was with Valeo, a French automotive technology supplier that could market Ibeo’s technology to its existing customer base.

Their next move, six years later, was to sell a 40% stake in Ibeo to the global technology manufacturing company ZF Group, which gave Ibeo the opportunity to grow to over 400 employees now and the flexibility to focus on innovating more advanced products.

The most important among these products has been Ibeo’s solid-state LiDAR (Light Detection and Ranging) laser sensor, which has more than 10,000 lasers on a chip without any moving parts at all.

We developed a completely new way to measure single photons, which enables us to operate with very low energy but achieve a very high range.

“This was probably the most significant achievement in Ibeo’s history. We developed a completely new way to measure single photons, which enables us to operate with very low energy but achieve a very high range. Very few companies in the world can manufacture these according to our specifications,” Ulrich says.

“It took an incredible amount of brainpower to get this into our hands.” Today, with a solid line-up of sensors and software products not only being installed into cars but even being used to validate competing products, Ulrich has been able to take a step back from his previous push for growth and focus on his passion applied research.

“Last year, we decided to change our organisation from a hierarchical organisation into a completely flat organisation, so my role has changed significantly. Instead of dealing with only the major business decisions, I now have people coming to me directly to ask for support or even to discuss something technology-related over lunch,” he says.

“It feels good to be involved in research and development that is always on the cutting edge of technology. The things we have developed can’t be found in books and can’t be studied because we’re always ahead.”

Today, Ulrich is also part of the host committee of the Intelligent Transport Systems (ITS) World Congress in 2021 in Hamburg, alongside the Federal Minister of Transport and Digital Infrastructure, Andreas Scheuer, and Hamburg’s mayor, Peter Tschentscher.

“It’s a great honour for me to be a member of the host committee,” he says. “I am thrilled to contribute my 20 years’ worth of experience in the field of automated driving to the world’s largest trade fair for new mobility solutions.” 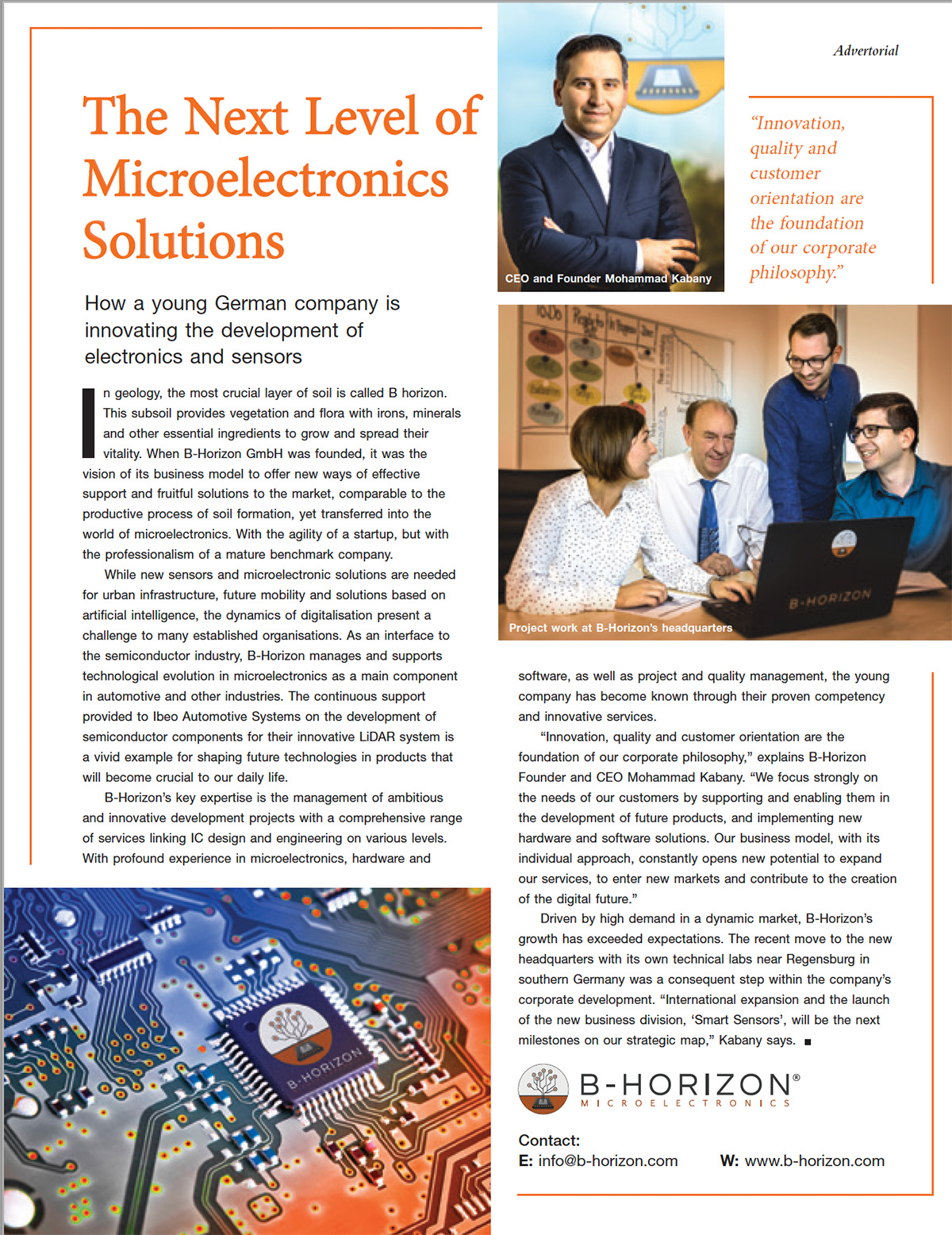