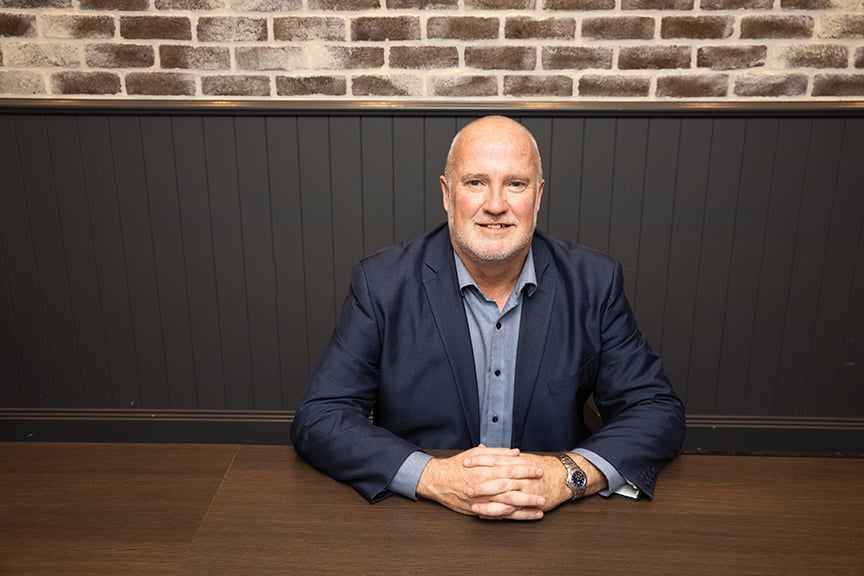 When Jason Manning steps into a new business he’s guaranteed to leave it better than when he arrived. It’s hardly surprising then that over his impressive 25-year career, Jason has garnered a reputation as a Mr Fix-It of sorts, with a proven track record of turning around struggling organisations.

“I get a big kick out of improving businesses that are underperforming,” Jason smiles. “That really motivates me – that satisfaction of helping a business really reach its potential.”

Jason explains that this penchant for transformation developed in his mid-20s, when he realised that he had a knack for identifying the issues within a business, and then making the appropriate changes.

To this day, he still relishes the opportunity to improve a company, although he admits his wife is marginally less enthusiastic. “The only problem with doing this, as my wife reminds me, is that no sooner had I fixed them up than I move on to the next business,” Jason laughs.

“I never really get a chance to sit back and enjoy them. It’s been a significant growth journey, both personally and professionally, but it has always been something instinctive.”

Jason’s introduction into the world of hospitality started as a chipper young 17-year-old after his older brother, who worked in a small licensed club, got him a job.

From the very bottom, he steadily worked his way up from the back of the house and cellar stores, watching, listening and absorbing insight every step of the way – valuable skills that he says he “still looks back on even now – they were such foundational stones”.

From there, Jason excelled and progressed into substantial leadership roles, picking up tricks of the trade from a number of pivotal mentors and using grit, determination and drive to accelerate his journey up the ladder.

“I was married at 21, and saw myself going into more operational leadership and/or specialist type roles, so that’s when I started working a bit more on my education,” he says. “I did part-time university and earned a bachelor’s degree in hospitality administration and management.

COVID-19 has affected a lot of people differently, and I think we need to all be more humanistic leaders – show more empathy.

“I aligned myself with some older, more experienced key leaders within both clubs and hotels, and they really took me in and gave me guidance to help me keep a level head. I was enthusiastic, I was hungry and I was fortunate. I had a leader I worked for once who encouraged me to keep a pen and paper beside the bed, so if I woke up in the night with an idea I could bring it to him the next day. He really fuelled my enthusiasm.”

Before long, Jason had built up a wealth of financial, operational and people management experience across a vast range of businesses within the hospitality sector. The roles kept flowing and Jason kept moving – from Parramatta RSL to Arncliffe Sports & Social Club and St Marys Rugby League Club.

“At about 26, I was given an opportunity to run two nightclubs,” he explains. “That old saying, ‘If you bite off more than you can chew, you just chew like hell’? Well, that’s pretty much what I did! It was a baptism of fire. Before long I’d adopted a philosophy that was, ‘Sure, if it’s not broken, don’t fix it, but if there are opportunities being missed within the business, look at those as they present themselves, test the market, make the relevant changes and leave the business in a better position.’” 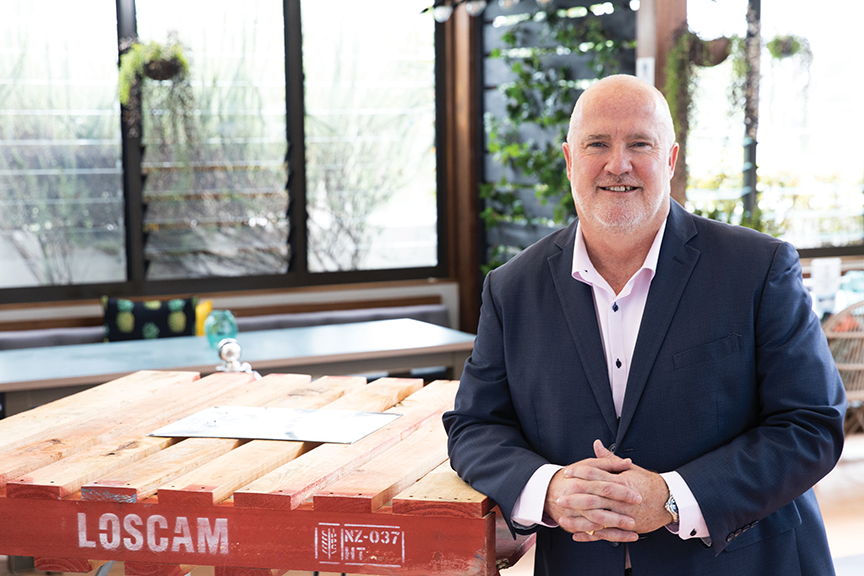 When he was brought on as CEO of Pittwater RSL Club in 2016, from the outside the club looked sound. But lurking beneath the surface were a number of issues, including outstanding bills for an extensive refurbishment project that had been dramatically underestimated in cost and was already underway.

But Jason had never been afraid of a challenge. He rolled up his sleeves and set to work. Today, the club is in the strongest position it’s ever been, even despite the additional obstacles presented by 2020. “Six months before we closed because of COVID-19, we had created a product that was on a trajectory of continual improvement,” Jason explains.

“We were looking at our three- to five-year plan and continuing the refurbishment work that we’d already committed to. But we used the opportunity of when we were closed to complete more of those works at the same time as altering a few elements to adapt to the changing market as a result of the pandemic. So when we reopened on the 1 June after 70 days, we were way ahead of our immediate competitors when it came to social distancing and product-tomarket – our entertainment revenue increased pretty well in excess of 30%.”

As a leader, Jason is a firm believer in the benefits of an open dialogue between employees and employers, especially given the trauma and chaos that 2020 brought with it. “My leadership style traditionally is constructive, so it’s very much built on being team-realistic and encouraging,” he shares.

“There’s so much uncertainty at the moment and I’m very conscious of how people could be feeling. COVID-19 has affected a lot of people differently, and I think we need to all be more humanistic leaders – show more empathy, ask people more how they’re really feeling, and listen to how they are.”

Also integral to the success of the entire operation is the reliance on rock-solid, mutually beneficial partnerships. “Having strong relationships with suppliers is vital,” Jason says.

“Paynter Dixon has been doing some of the renovation work with us, and they’re very, very experienced when it comes to understanding the customer and the market. They’ve been so involved, and have gone above and beyond. James Boyd, the Managing Director, is very hands-on and has been on site so much of the time – they’ve been amazing.”

At the end of the day, Jason is proud to be part of an organisation with core values that align with his own, where a people-first culture is priority and the opportunities for growth are immense.

“One of the things I didn’t realise until later on is that this business is all about people. You can get the business right, but you have to get the people right first. Culture impacts behaviour, and behaviour impacts performance, and then performance impacts outcomes.” 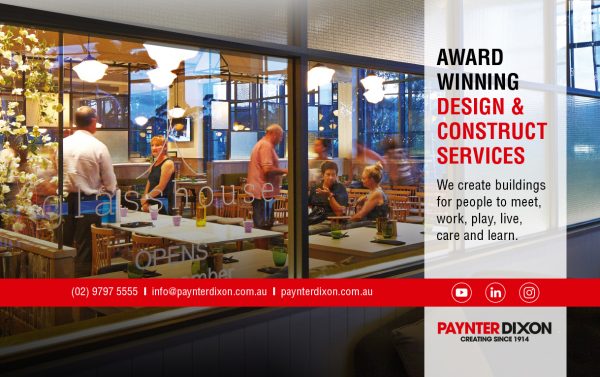