How Hong Kong’s Lan Kwai Fong uses disruption to stay ahead in the entertainment industry.

How Hong Kong’s Lan Kwai Fong uses disruption to stay ahead in the entertainment industry. 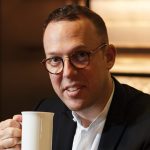 Lan Kwai Fong (LKF) has been disrupting the entertainment industry ever since it was developed, according to its CEO Jonathan Zeman. As one of the most popular entertainment districts in Hong Kong, LKF is home to an array of lively restaurants, nightclubs and bars; a haven for those searching for the ultimate nightlife experience.

The company was founded by Jonathan’s father Allan in 1983, beginning with its first restaurant called California. “In those days, Hong Kong was very colonial and very British,” Jonathan explains.

“When you went out to a restaurant, you had to wear a suit and tie. My father was in the fashion business at the time so he never wore a tie. He wore a sports jacket and always had an open collar. He never wore socks and that was frowned upon in those days.”

The beginning of the disruption

California was the place Allan would bring his fashion industry customers to. “You’d have dinner there, and on weekends, the tables were cleared away and there’d be a DJ, a disco, and a bar,” Jonathan shares. “That was the beginning of the disruption.”

Before following in his father’s footsteps, Jonathan took up East Asian studies at the University of California, Los Angeles (UCLA), where he learned to speak Mandarin Chinese. After graduating in 1998, he returned to Hong Kong but it was during the Asian economic crisis. “There weren’t many jobs available so I decided to join the family business,” he recalls.

Jonathan worked in various departments within the company, from IT – setting up its first email server back when email was uncommon in offices – to project management, where he handled the interiors for the new restaurants being built.

He then became COO when his father, who was then CEO and Chairman, decided to remain solely as Chairman. “I like to say I got my Bachelor’s degree at UCLA, and I got my Master’s from the University of Lan Kwai Fong,” Jonathan says. 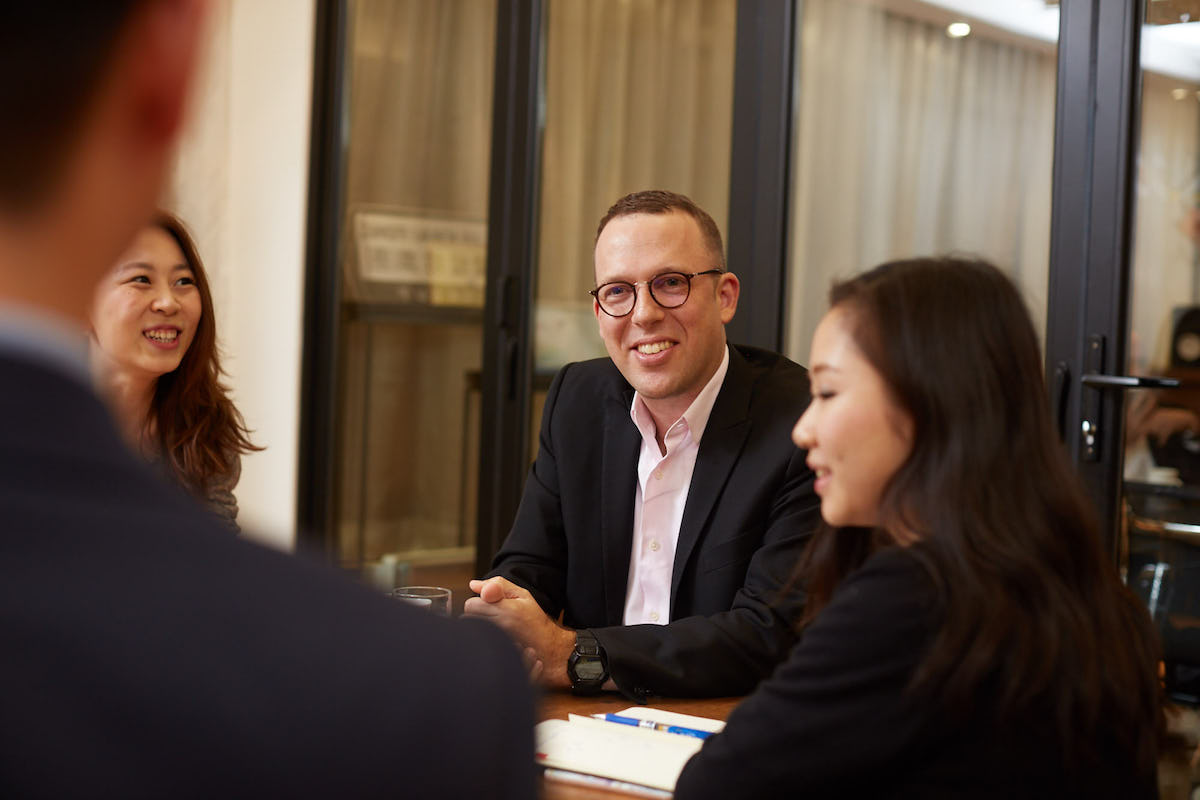 As the company continued to expand, it sought new ways to disrupt the industry. Jonathan and his team would travel overseas to learn about the latest concepts in dining and entertainment; bringing back new DJs and restaurants.

This included London-based contemporary Korean restaurant Jinjuu, which was created by Korean-American celebrity chef Judy Joo. “It was the first time something like that had entered the market in Hong Kong and it has been extremely successful,” Jonathan observes. Another club and restaurant was Cé La Vi, brought in from Singapore’s luxury Marina Bay Sands Hotel.

LKF also harnessed food industry disrupters such as Uber Eats and Deliveroo into its operating model to adapt to shifting consumer habits. “Technology has become a part
of everyone’s life, including in business,” Jonathan explains.

“Before, there were only one or two food delivery services, but now there are six or seven. In the beginning, it was challenging to figure out how to use that technology because a lot of restaurants were not normally set up for it. But we figured out the right model and ended up working with a few of them at the same time.”

The disruption didn’t stop there. The company recently revamped Hong Kong’s California Tower by tearing down two buildings and turning it into one. The 27-storey tower is complete with restaurants and bars on 14 floors, hair salons, event spaces and even a high-end fitness gym. “It’s our flagship property,” Jonathan says.

“Because we are also operators, we know what other operators are looking for compared with the typical landlord. We built high ceilings that go up to 5.6 metres; put balconies or terraces on every floor; created a rooftop bar; and added glass lifts so you can see the different restaurants as you go up and down, coming back to the one that looks interesting to you. All those things were new to Hong Kong.

I think we definitely did a good job of disrupting the industry from a property development point of view and now we can see that it has been copied in various guises throughout the city.”

One of Jonathan’s role models is British architect Thomas Heatherwick, so it’s no wonder LKF’s properties constantly raise the design bar in Hong Kong. Heatherwick’s breathtaking portfolio includes the 2012 London Olympic Games cauldron, The Silo Hotel in South Africa and the highly anticipated Hudson Yards art installation “Vessel” in New York. “The way he looks at things is totally different to how a normal architect would,” Jonathan says.

“He’ll look at the folds of your suit and says, ‘That’s the inspiration for our next building’.” Another aspect of LKF is its movie-making operation – it has been producing films in Hollywood for more than 20 years.

A major highlight in this area has been the launch of LKFtv, a new online media channel for short-form videos. “We see that there’s big disruption now in the media business, especially in China,” Jonathan says. “Everyone’s cutting out cable TV and watching films and shows on their mobile phones or iPads. And they’re looking for short content as attention spans have decreased over the years.”

LKFtv showcases videos on music, entertainment, fashion and food, and is targeted at millennials. “Currently it’s in Cantonese. Mandarin language programming is on the cards. And there is also potential to expand into other markets in the region,” Jonathan adds.

Technology is a major focus for LKF which is why it has launched LKF Labs to come up with new, innovative solutions for its businesses. “Our artificial reality (AR) app came out for Halloween 2017, which was very well-received,” Jonathan says. “And we have a big data system, where we take the different data sources in our group and synthesise that into a report used for business intelligence and better decision making.”

Jonathan concludes that LKF’s mission is to continue to grow and disrupt the entertainment space. “We’re looking at opportunities in Thailand, Bali, as well as a few cities in mainland China,” he reveals. With LKF’s track record of innovation so far, one can only imagine what’s next on the horizon for the company.

Making the dream a reality

Lan Kwai Fong is on track with its development of the Dream Centre in Shanghai. A joint venture with China Media Capital and China Development Bank, the 460,000-square-metre project in the Xuhui District is set to become a major cultural centre for the city.
“The Dream Centre is right on the riverside,” Jonathan explains.

“We’ve got a nice long boardwalk that used to be an old cement factory that we have turned into performance spaces with Broadway-style theatres. It will have art galleries and LKF-style restaurants and bars. The rest of the site has retail and office towers for creative industries.” The Dream Centre is set to open in early 2019.