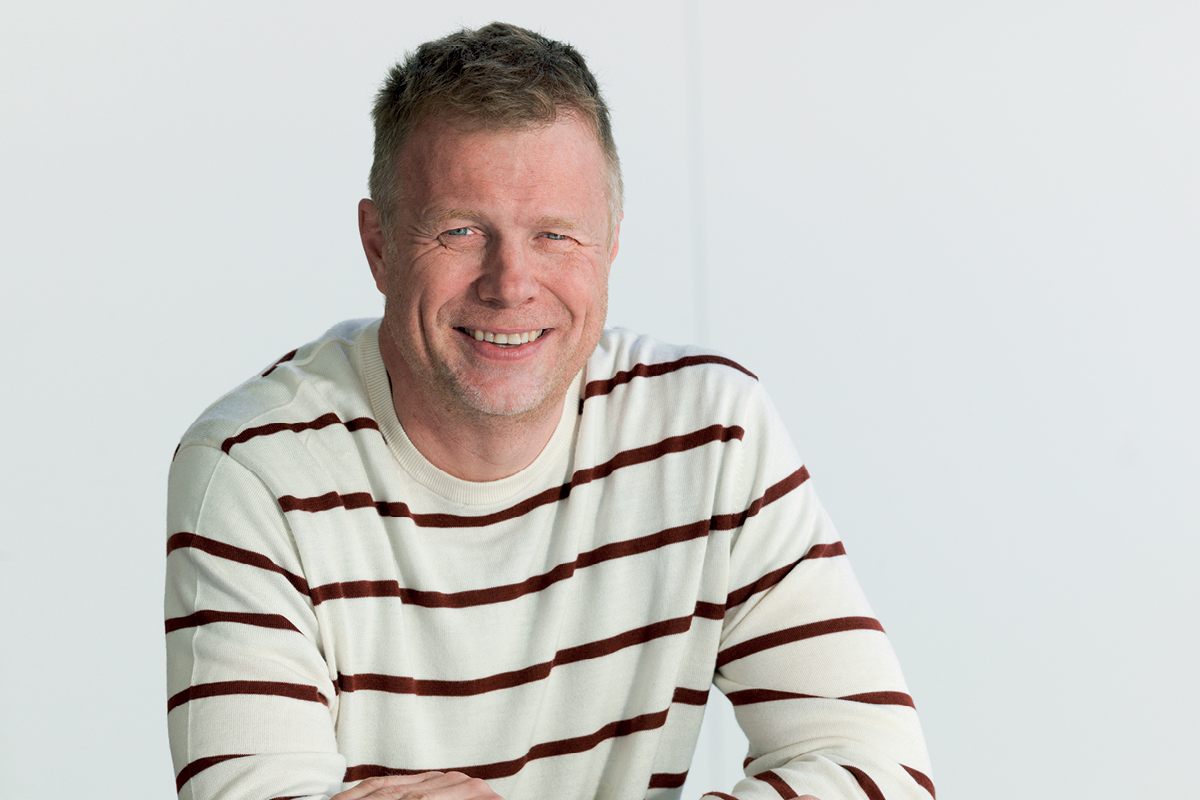 It is fair to say that Hampers with Bite put brothers Nicholas (pictured) and Rory Boyle on the path of business, innovation and, ultimately, success. Before starting the family business, Nicholas studied accounting but quickly realised it wasn’t for him. He then went on to work with his father as a truck driver.

For Rory, attending university wasn’t his calling but talking was. He got a job as a telemarketer and sold everything from vouchers to mobile phones. Needing some adventure, Rory packed his bags and moved to London. Then in 2004, he received a phone call from Nicholas asking him to join the family business.

“I started a florist shop with my former wife in 2000,” says Nicholas. “We had it for about nine years. It was a natural progression into hampers because people were coming in and asking for gift hampers. That was the impetus to start the business and get Rory across.” Rory adds, “Nick knew there was some opportunity there, but he needed a salesperson – someone who could market it and sell the brand.”

An excited Rory came back to Australia and, together with his brother, they started Hampers with Bite in Nicholas’s lounge room. “I wasn’t desperately motivated for a career,” Rory admits.

“But Nick identified a push to me. He said, ‘This is a good opportunity and you can make a big impact.’ That was compelling in itself – the opportunity to have a crack at a business and do something I knew I was going to be good at – to be able to come up, design and plan these products, and to write a game plan or a book on how to reinvent the way gifts are presented to corporate Australia. I was able to spend time drafting up how to approach the market, and that’s something we’re really good at.”

Yet for Nicholas, it was more the sourcing of the products that got him hooked. “I love the sourcing component. I love looking for new products and getting to travel,” says Nicholas. “There’s been a strong push for Australian products and we’ve got great produce on offer.”

The first few years involved the brothers working tirelessly from the back of Nicholas’s house. Rory would sit on the phone with the White Pages while calling businesses to see if they were interested in investing or buying hampers.

Nicholas remembers the time as a trial-and-error period. “We were green in what we were doing and made many mistakes, particularly on the finance side,” he says. “When you’re concerned about growth and turnover, you tend to compromise on margins.” 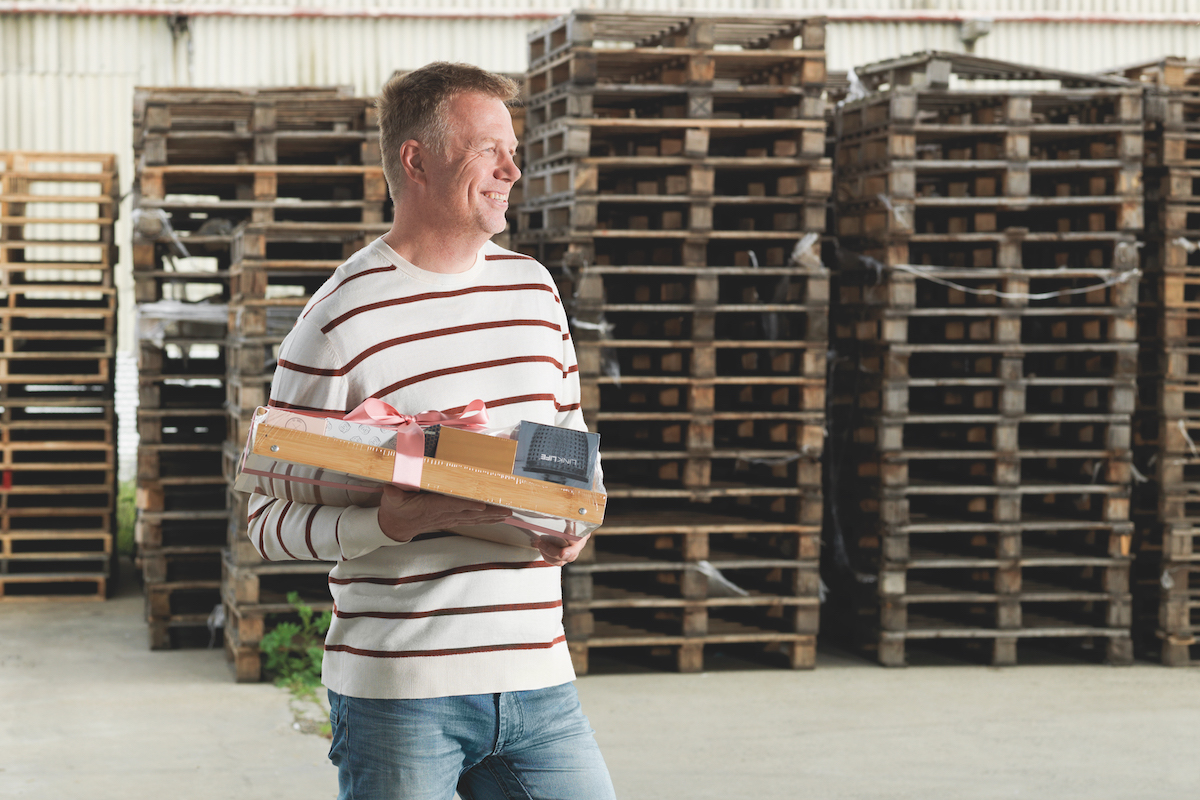 For the next three to four years, the company tracked on. Then growth started to happen. “We scaled up,” Rory says. “We got more investment and had to put more money into the business.”

Hampers with Bite then pivoted in the direction of presenting gifts in re-useable packaging. Products were packaged in chests, cooler bags and picnic baskets – things that could be re-used – as opposed to the traditional plain basket with cellophane or a classic gift box.

“We continued to grow,” he says. “We grew exponentially for several years. The next level of growth came when we invested in a creative team. These guys are sourcing the best products, best press design and colour matching.”

The team is there to make sure each Hamper with Bite that goes out is on point. This has enabled the business to experience rapid growth over the past few years. Another driver of growth is Rory’s obsession with metric and digital advertising.

“That’s my sweet spot,” he says. “I am undoubtedly obsessive when it comes to the subject. The concept of ROAS, return on advertising spend, is what I live and die by. Ensuring we invested in putting out great content to assist SEO over many years has helped the organisation’s visibility online”

Together with the creative team, every advertising channel was analysed. It was about breaking it down and understanding that we had a fixed amount of marketing budget to spend, Rory says, so he’d invest in the areas where they’d get maximum ROAS. He also identified the right keywords, google ad words, and looked at various mediums to advertise, as well as the right time to advertise.

“Every way I could split test any dollar that I spent on advertising, I did. We drilled that down digitally to the point where it was nuts. Along with that, we distributed catalogues and qualified leads. We are granular in the way we operate,” he says.

The company works with Nelson O’Neill, a Melbourne-based digital marketing agency that helps with its online presence, and Evolve Digital Agency, a business that works with the brothers to improve the business’s SEO.

“Generally, there is a rule that I won’t look at large agencies,” says Rory. “I want the person dealing with my account to be the expert, not purely focused on growth, but rather obsessed about their ability to master SEO.” Rory attributes the growth of Hampers with Bite to having a team that makes beautiful hampers and the company’s ability to identify marketing channels that give the maximum ROAS. “Think laterally,” he says.

Now, with over 15 years of business experience, Rory shares three crucial lessons he has learned about leadership. “Understand people’s lives – their wives, their girlfriends, husbands or boyfriends; know what they’re doing on the weekends. When I hire somebody, I’m looking for a good person. That’s the number one rule. They need to be somebody I can trust and like. Last but not least, innovation – thinking laterally, and the ability to think outside the square when it comes to business growth is critical.”

At Hampers with Bite, Rory reinforces that employees don’t simply follow the leader; they don’t just copy. “For me, that is the key to staying ahead. It is to be at the forefront of innovation.”

Further, to ensure employees stay motivated, Rory says, “Employees should be treated like people, not commodities. Understand what makes someone tick. People care about the success of this business. They want it to work because we are good people and we look after them. They want the business to grow, and when it does grow, it gives them more opportunity.”

“Employees should be treated like people, not commodities. Understand what makes someone tick.”

Rory adds that it’s also about taking some money off the table and putting it into areas like entertainment and to support the team. Positive and encouraging culture is another element of company pride. When targets are hit, Hampers with Bite organises company retreats, to go off site, as well as Uber Eats Fridays.

“We spend a lot of time together outside of work because we like each other’s company. We hire good people,” Rory states. Staying motivated is almost an inherent skill for Rory. He calls himself an “invariably competitive person” who doesn’t want to lose. “That’s what motivates me,” he says.

“You don’t think of the money. You don’t want to lose. You want to win.I don’t like losing. I want to be on top. I want my team to feel like winners. I find it satisfying. I think it’s just an inherent competitive nature that drives my ability to grow.”

The big-picture vision for the company is to continue growing, and to increase and diversify its customer base while offering high-quality products. This plan includes the launch of another venture: Snacks with Bite.

The new business is set to provide healthy, sustainable snacks delivered to offices monthly. “We also have a promotional products company called Promotions Warehouse, which we’ve been operating for 10 years, so we’ll keep moving forward with that too,” Rory adds when asked about what the future holds for the business.

“Whatever happens financially, or whatever doesn’t happen, I’m really proud of what we have achieved. Despite many challenges, we’ve been able to push on.”

“I’m proud of having a family business – one we started with just me, Rory and our dad. Our dad used to help; he’s passed away now but he was a vital part,” Nicholas comments.

“My sister works for us now, doing our accounts. Whatever happens financially, or whatever doesn’t happen, I’m really proud of what we have achieved. Despite many challenges, we’ve been able to push on. Hopefully, one day, our kids can join the business. That would make me so proud.” 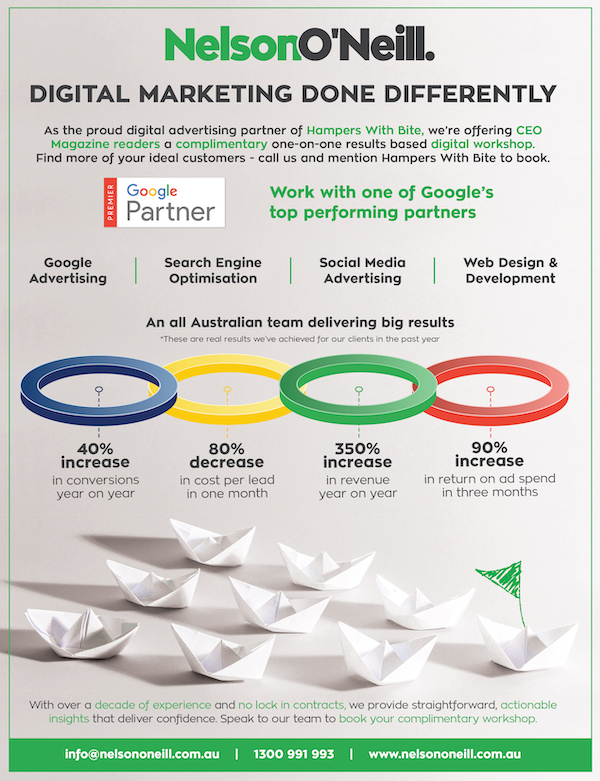