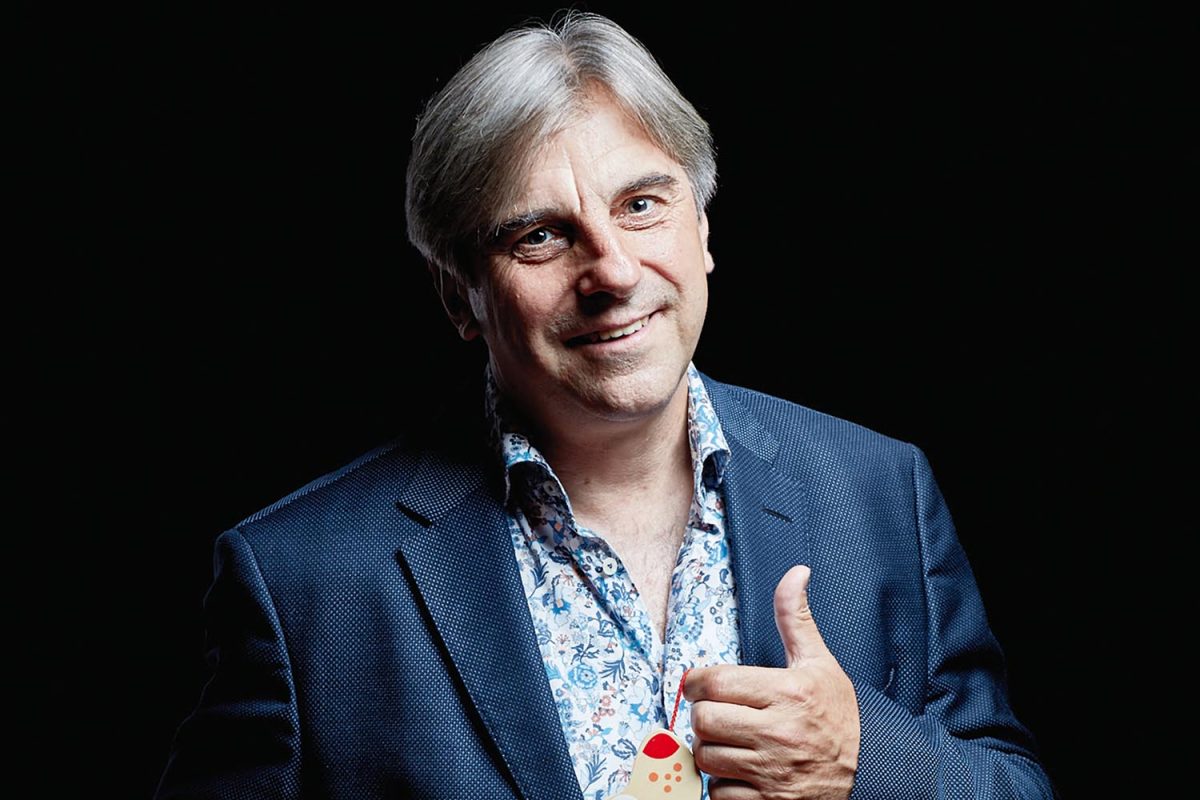 You may think designing early childhood toys would be a pretty simple process. How complicated could it be? According to Peter Handstein, CEO of global toy manufacturer Hape International (pronounced “hah-pay”), it’s a careful balancing act of numerous responsibilities.

When designing a toy, he says, there’s a lot to keep in mind – the perspective of the child, the teacher, and parents and guardians – but supporting the development of the child is paramount. “Good design principles, from day one, have the child in focus,” Peter says.

“This is the most important factor in any design – the child’s development and the support of elements like curiosity, confidence and responsibility. This is what we need for the future. The world is full of challenges and sometimes we don’t leave the world to our children the way we should, but we need to prepare them for all the challenges to come.”

Other requirements for the ideal toy design include safety and cost, while following the philosophy of “form follows function”. It’s undoubtedly tough to balance these requirements; Peter tells all of Hape’s new designers, “If you’re looking for an easy job in design, don’t make toys.”

But he found an effective way to manage cost early on, ensuring that Hape’s products could remain affordable. “Many people liked my designs and concepts but manufacturing in Germany was quite costly – less cost-efficient,” he says.

“From the beginning, I saw an opportunity in going to China in the early 90s. It was a good time as people in China were looking for investors – change-makers. But lately we’ve realised that, today, China may have the greatest potential in the world to become the number one market for educational products and toys.”

When you can do a job for 35 years and still feel you have the best job in the world, it means something.

Though the decision was initially based on cost, China has become Hape’s second-biggest market after the US, and based on global market dynamics, Peter believes it has the potential to be the company’s biggest. Even so, he says it was a risk moving into China at the time.

“In the beginning, I could tell you I was brave. But I would say now, looking back, I was naive,” he admits. “Sometimes those qualities are very close together.”

Indeed, Hape’s presence in China began without the support of a local partner as a wholly foreign-owned entity in a less-than-central location (Ningbo, in the Zhejiang province).

Not the easiest start, but then, even from the beginning, Peter had experience in building something from nothing. Before Hape, he’d worked for two years as a salesperson around early childhood educational products but believed existing products could be better.

His then-boss was adamantly against changing the way the company did business, so he took matters into his own hands, starting Hape at the age of 25 in 1986. “I was a salesman for a company who supplied schools,” he recalls.

“I could hear from the teachers what their needs were, what they were looking for. I thought, ‘When you know the customer’s needs, and you service those needs, you have an easy business.’ That was my driver. I had experience from a sales perspective, but I also talked to thousands of teachers, so I could understand their needs in teaching children. It’s not rocket science to make toys if you listen to the children. You can really see what they need.”

Now, 35 years later, he’s doing the same thing. The scale has grown and he’s since been joined by many talented colleagues, but at the heart of the business it’s still the same one he started all those years ago.

What has changed, says Peter, are the needs of teachers. Education is still informed by the theories of people like Montessori and Froebel, which are now at least a century old.

Peter believes it’s still important material but that it shows a certain stagnation in the theory of education and its systems, to the extent where new educators find their dreams of change and progress frustrated.

As an answer to this, Peter is making an effort towards the modernisation of education theory – not just through Hape but also through his place on the Advisory Board of Nottingham University Business School China, where he hopes to bring universities and education into the 21st century.

One of the biggest transformations Peter is leading in education is a profound commitment to environmental sustainability when it comes to toy manufacturing. While the company is careful to meet essential safety regulations, Hape goes above and beyond the necessities. “We really care about the environmental impact,” says Peter. 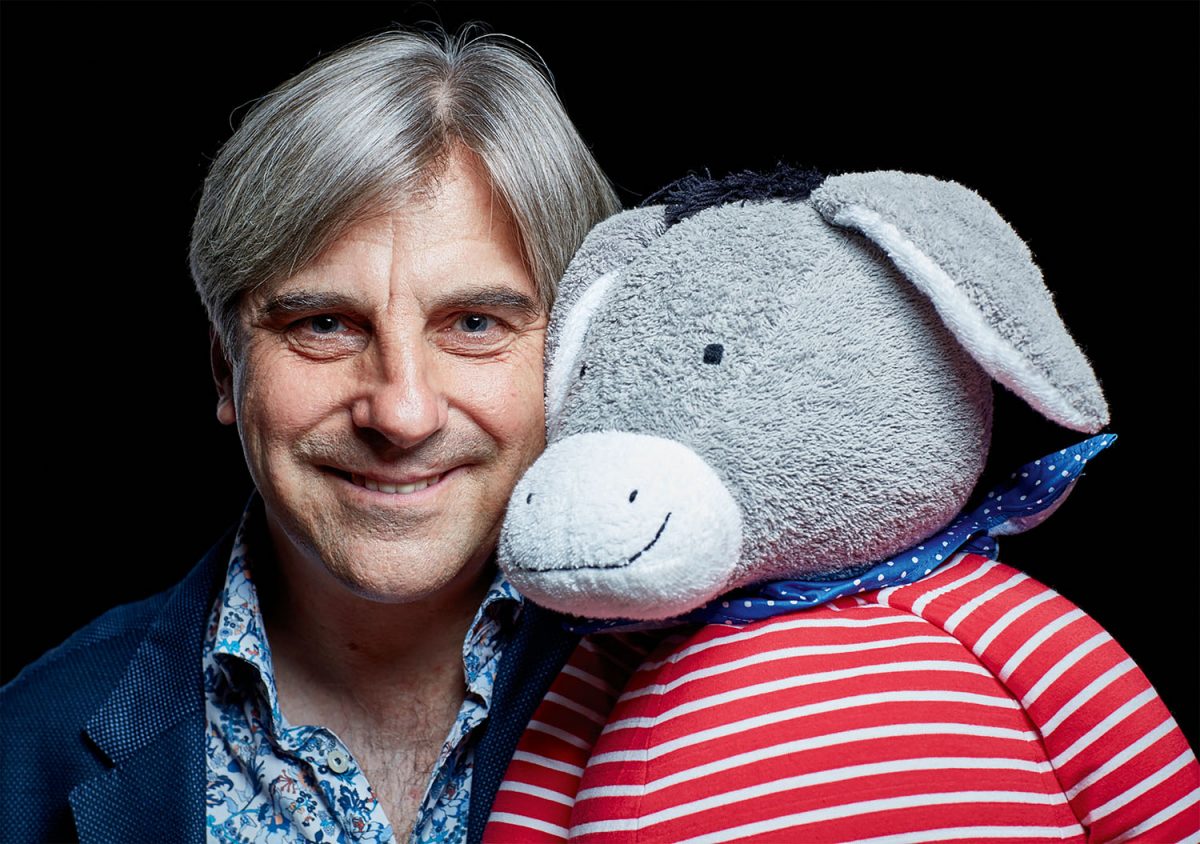 “We were the first in our industry to stop any paint by solvent. Any paint and ink we use is water-based. For the last five years of the product’s life, all wood is FSC-certified. We’ve looked into renewable raw materials like bamboo – a very quickly renewable species – and then other products like organic cotton, or green plastic from sugarcane and ink from soybeans. Safety is a must, but we also have a strong interest in making it environmentally respectful.”

Cork and natural rubber are other possibilities for sustainability and Peter says the company will invest in a subsidiary that aims to be carbon neutral or have a carbon negative footprint.

This no doubt ties into his belief that we should all strive make the world a better place for the next generation. Peter has young children within his own family and that close connection to the purpose behind Hape’s work makes his job that much better.

Peter acknowledges he hasn’t had many jobs throughout his career, but still maintains that his is the ultimate. “When you can do a job for 35 years and still feel you have the best job in the world, it means something,” he reasons.

Hape contributes to communities around the world, outside the scope of its business. As well as providing comprehensive benefits to employees, the company has built three schools in rural Guizhou, providing playing and learning opportunities to about 10,000 children and their families.

Vocational schools have been constructed to train technical workers, and Hape also undertakes charity projects in countries such as Syria, Nepal and Zimbabwe.

It’s no surprise that Peter was recently recognised as one of the 10 Most Socially Responsible Entrepreneurs in Ningbo’s Beilun District. That kind of purpose-driven ethos finds itself replicated by Hape staff.

Peter proudly says that, even in a culturally homogenous region like China, his business maintains a deeply diverse workforce that operates with an emphasis on respect, unmarred by divisions around culture, religion or gender.

With such well-defined company values, Peter also has a firm idea of what it takes to be a member of the Hape team. “It’s a combination of three things,” he says.

“It helps to be smart to work with Hape. You also have to be honest and you have to be engaged with what you’re doing – to have a commitment to what you are doing. If you’re just looking for a job, I don’t think this is the place. We have a kind of higher ambition, doing something for the greater good. Intelligence, honesty and engagement – these are the three equal elements you have to bring.”