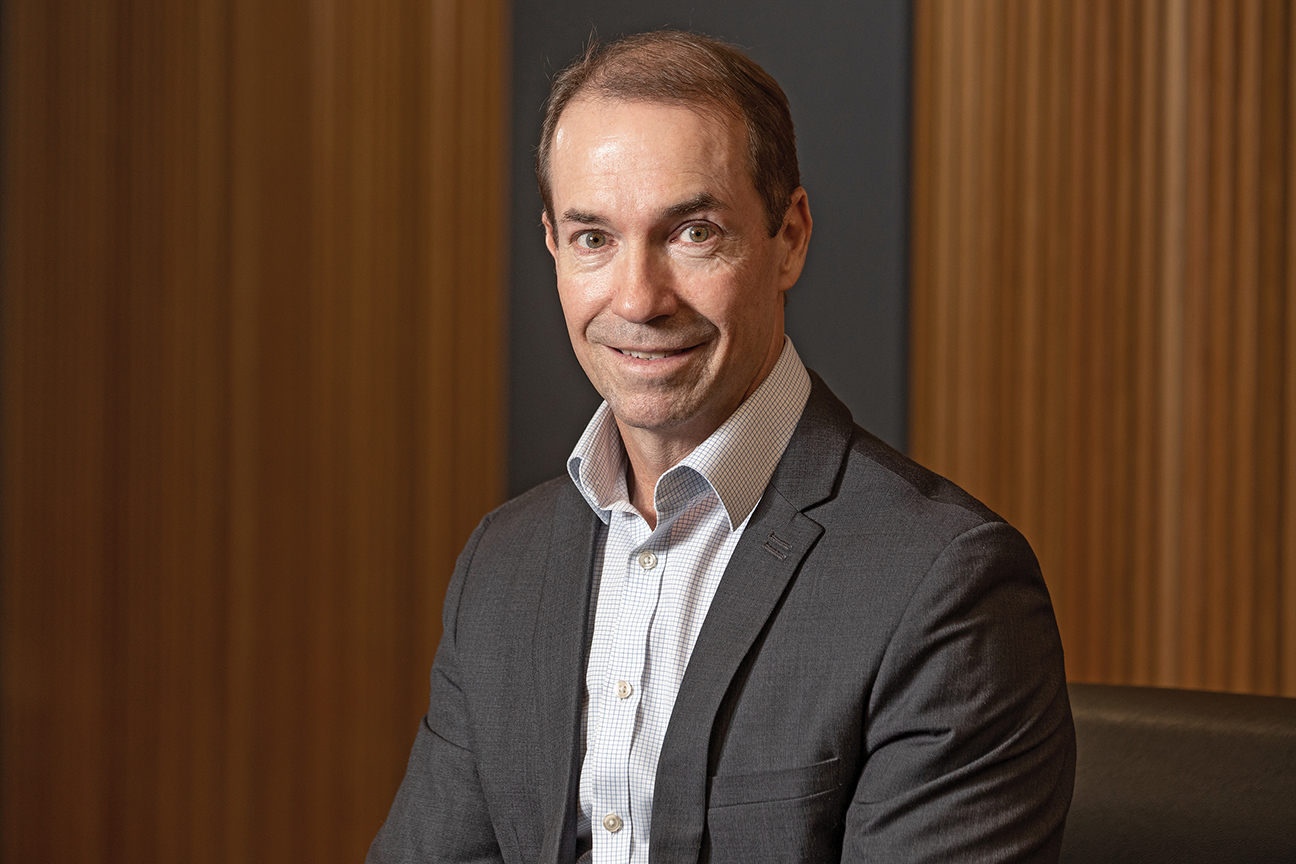 As modern advances continue to narrow the gulf between city and country, there are some facets of regional life that remain impervious to change. Laid-back attitudes and a strong sense of community are characteristic of regional cities and their local businesses.

Even financial institutions, so often faceless and impersonal, have a different vibe in regional towns and cities. Credit unions, building societies and, more recently, mutual banks are more common beyond city limits, and even as they expand, they strive to maintain that down-home feel.

Such is the case for Queensland Country Bank. Founded in 1971 as a credit union exclusively for workers of the Mount Isa Mines group, the community-focused model was a handsome proposition to remote corporations, particularly agriculture and mining companies seeking to better look after their local employees.

Group CEO Aaron Newman believes the shift has brought the community into the fold like never before. “Being member-owned means there’s a distinct difference in how we operate and manage our business. Our customers and our shareholders are the same, so it’s easier to make the right decisions for what’s in their best interests,” he says.

“It’s something the major banks struggle with because their shareholders and customers are typically separate. Better deals for customers mean lower profits and unhappy shareholders, but when profits are up and shareholders are winning, the customer is losing. We don’t have that dilemma.”

For Aaron, who came to Queensland Country Bank after years at Westpac and Metway Bank (now Suncorp), the transformation was a welcome change – but it wasn’t without its challenges. “Mutual banks are a relatively new phenomenon,” he says.

Having a physical location is a distinct advantage. For instance, we’re the only bank in all of Cape York.

“Customers, particularly younger people, don’t always understand what credit unions do, so that limited our market opportunities. As a mutual bank, we can become larger, more competitive and ultimately more successful.”

The change was initially met with internal trepidation, but after a series of staff engagement sessions to gather feedback and respectfully discuss the implications, the transition went ahead smoothly. “It’s been a very positive move,” Aaron says.

“We had an internal strategy that was very clear about what the shift would mean for our organisation: that it would be the key to underpinning our long-term future. It was well received by staff and members alike, and got everyone on board.”

So enticing was the switch to a member-owned bank that a further 7,000 members joined Queensland Country Bank in the past year. Today, the bank caters to more than 100,000 members across Queensland and beyond, but still offers the same community-level service and commitment to its members.

“Becoming a bank means we no longer have to explain what we do, and we can concentrate on highlighting the differences between us and the big banks.” One common customer misconception was that as a credit union, Queensland Country Bank didn’t provide the same robust range of banking products and services as a fully fledged bank. Not true, Aaron says.

“We’re essentially a retail bank for mums and dads. Normal banking services – home loans, personal loans and those sorts of things – that’s our core business. But with the change, we have the opportunity to expand our business banking service, particularly in regional areas.” 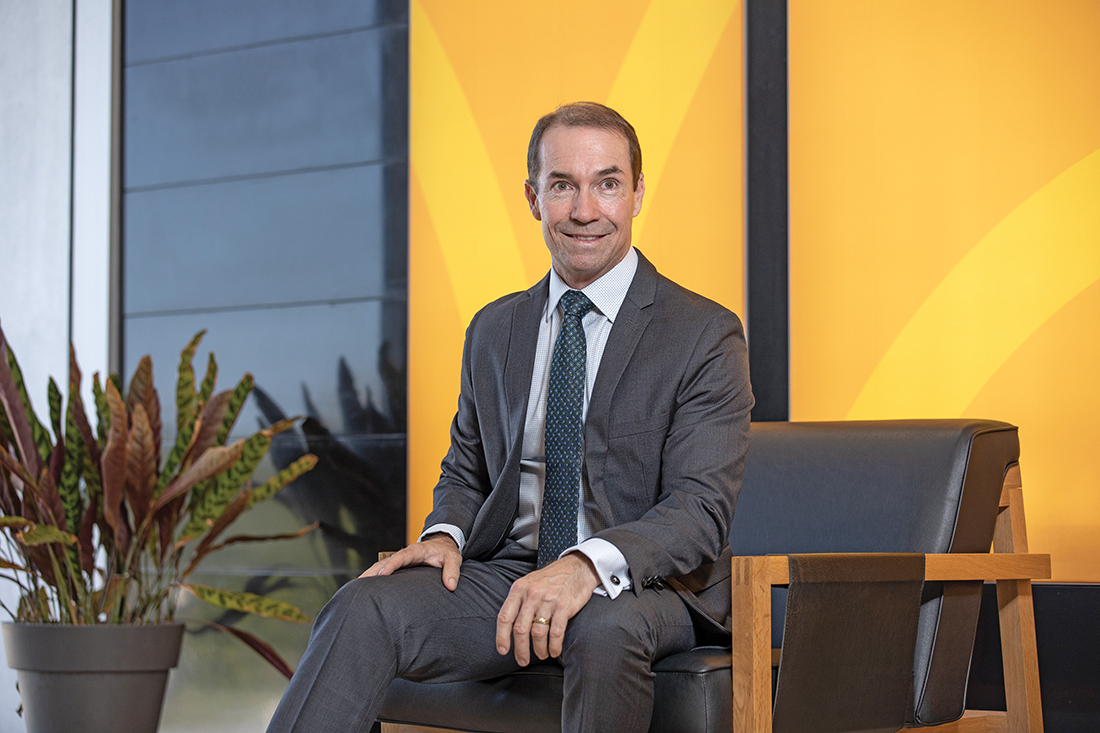 As the big banks continue to withdraw from those areas, Aaron believes Queensland Country Bank is well placed to take advantage of that retraction. “We’ve got 28 branches across regional Queensland. There’s certainly a trend for all financial institutions to be closing branches, but businesses still need to do banking,” he says.

“Having a physical location is a distinct advantage. For instance, we’re the only bank in all of Cape York.” At the same time, Queensland Country Bank has further invested in its digital offerings.

The online banking and mobile apps, which used to carry out simple transactions such as paying bills and transferring money, have been expanded to offer the ability to apply for loans or insurance.

“Although our branch network is our proprietary channel – it delivers most of the business for us – we forecast a greater transition to online over time as members shift the way they bank,” Aaron explains.

“Our branches will remain busy, but not necessarily because people are walking through the door. It might be because we’re dealing with members over the phone or online.”

Another point of difference with the big banks is scale. Queensland Country Bank may be perfectly sized for its member base, but that also means it’s harder to match the higher cost-to-income ratio bigger financial institutions enjoy.

“For every dollar we earn, we spend 80 cents earning it because we have less scale,” Aaron reveals. “We’re finding ways to reduce that ratio, and part of that is achieving scale through collaboration. Indue is how we achieve that.”

Indue is the conduit Queensland Country Bank uses to manage digital payments. Itself a member-owned organisation, the Queensland-based company delivers secure and reliable payment solutions for credit unions and mutuals.

“Indue is also how we manage our relationship with the Reserve Bank and other large payment network providers. It enables us to achieve scale, and we achieved control of that by becoming equal shareholders,” he says.

Successfully stewarding a credit union’s transition to a member-owned bank would be a jewel in the crown of any Group CEO, but Aaron believes the smooth operation was a team effort.

“You need to consult your staff about the reasons the company exists and the approaches you take; there’s not much I won’t share with my staff,” he says.

“We’re small enough that I can have direct conversations with them about strategy and purpose, and I think that’s an example of Queensland Country Bank’s belief in putting people first.” 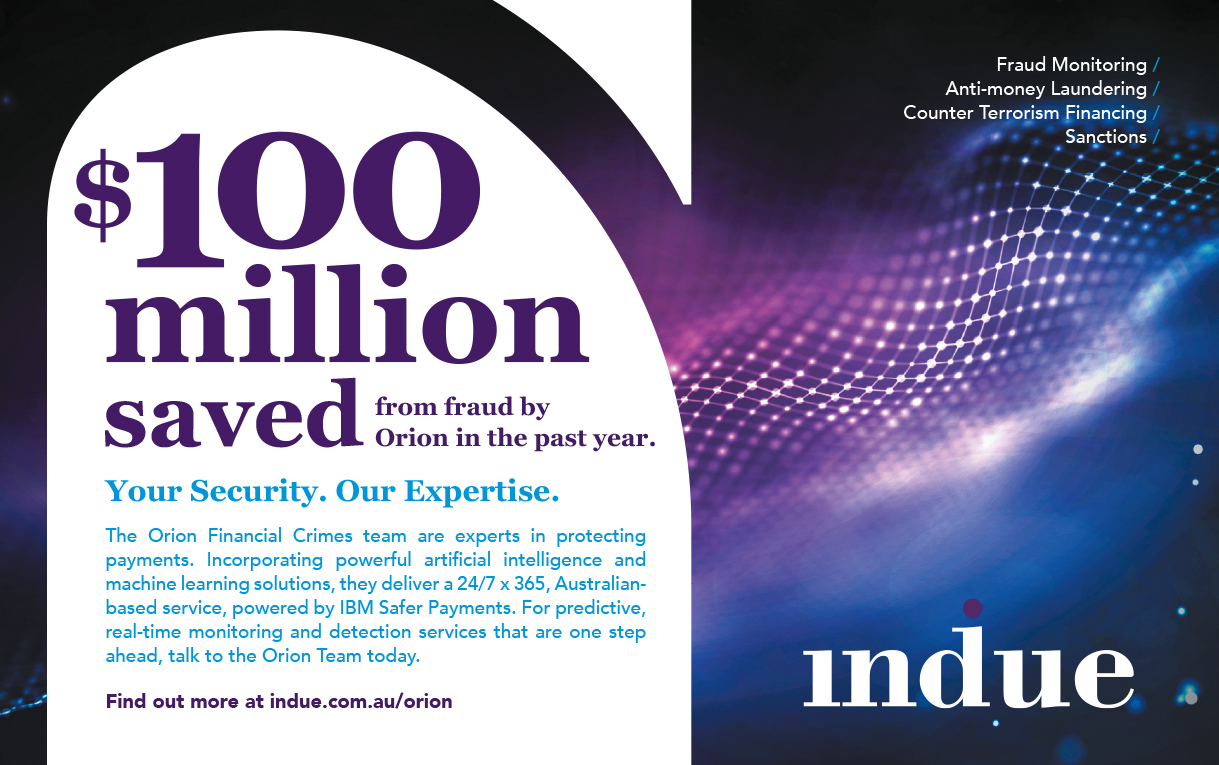