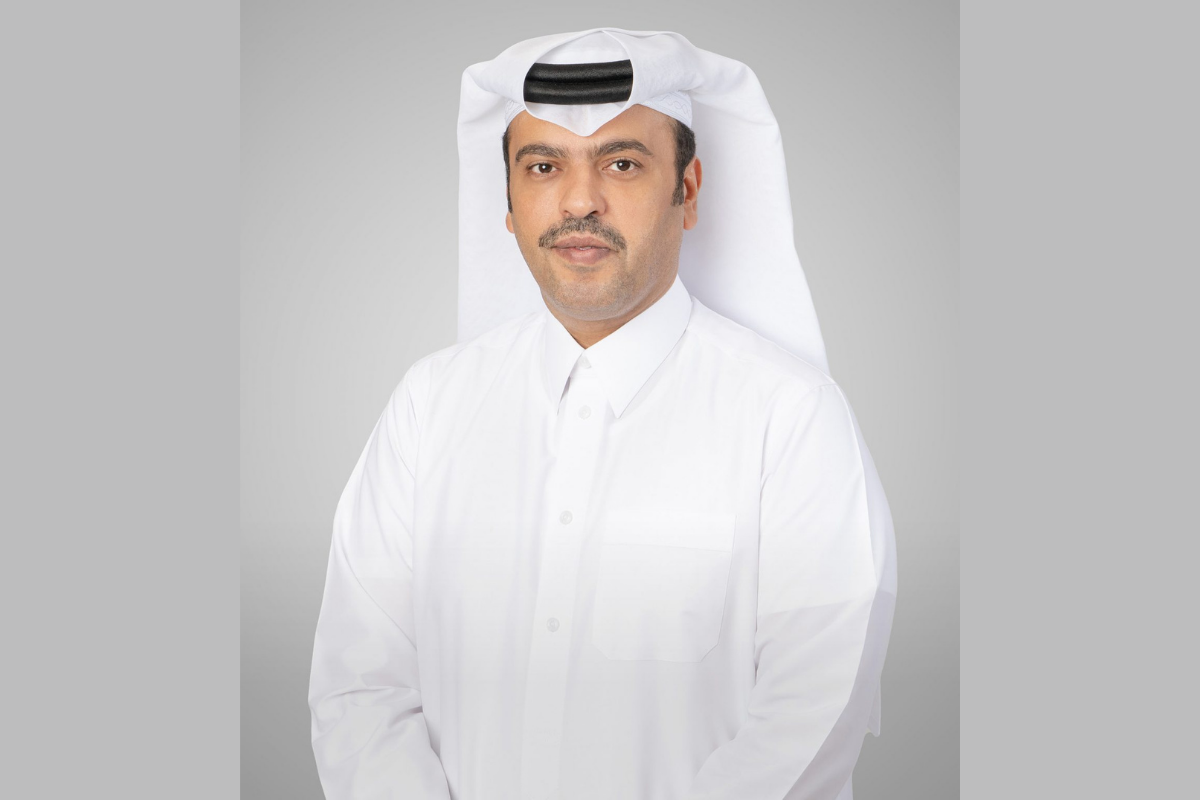 When the first ball is kicked in Qatar in November this year, the QNB name will be broadcast around the globe as the Official Middle East and Africa Supporter of the FIFA World Cup 2022. As the Official Qatari Bank of the competition, the bank will also be the sole supplier of ATMs at the eight FIFA World Cup Qatar 2022 stadiums. For the largest financial institution in the MEA, the partnership with one of the world’s greatest sporting events is a logical one.

“QNB’s brand, the most valuable banking brand in the Middle East and Africa, will prove influential in making the tournament a success that will be remembered for generations,” commented Group CEO, Abdulla Mubarak Al Khalifa, at the time of the announcement.

Founded in 1964, QNB has stood alongside Qatar as the oil-rich nation has blossomed from a sleepy emirate into one of the wealthiest countries in the world. Along with financing the construction of Doha International Airport in 1966, the bank has supported other key milestones in Qatar’s development, including industrial plants, educational institutions, health facilities and residential and commercial properties.

As it has grown, QNB has expanded its operations beyond its home country. In 1976, its first international branch opened in London; a presence in Paris followed soon after. It was in 2005, however, that an intensive growth strategy was implemented. Now, across a network of subsidiaries, representative companies and associates, the group has a presence in 31 countries on three continents, with more than 27,000 employees working across 1,000 locations.

Today, we have complete trust in our ability to bring international institutions into Qatar to support the country’s major initiatives.

Talking to The CEO Magazine, Abdulla says that the bank is known for its strength in wholesale banking. “We are a small country, so our retail contribution to the bottom line of our Qatar operation is very small,” he says, adding that Turkey and Egypt represent the most important markets in terms of retail, or consumer, banking. “If it’s to do with wholesale and corporate banking in Qatar, then we are there.”

Trade is one area of particular focus, especially activities between the Middle East and the rest of the world. “Structured finance is also good business for us in terms of syndications, project finance and asset-based financing,” he explains. “We work in debt capital markets and we are growing our capabilities in this.”

The company has also witnessed growth in its corporate advisory platform which is overseen by QNB Capital, the group’s investment banking arm that was established in 2008. “Anything that carries financial solutions to corporate banking, we do well,” he says. 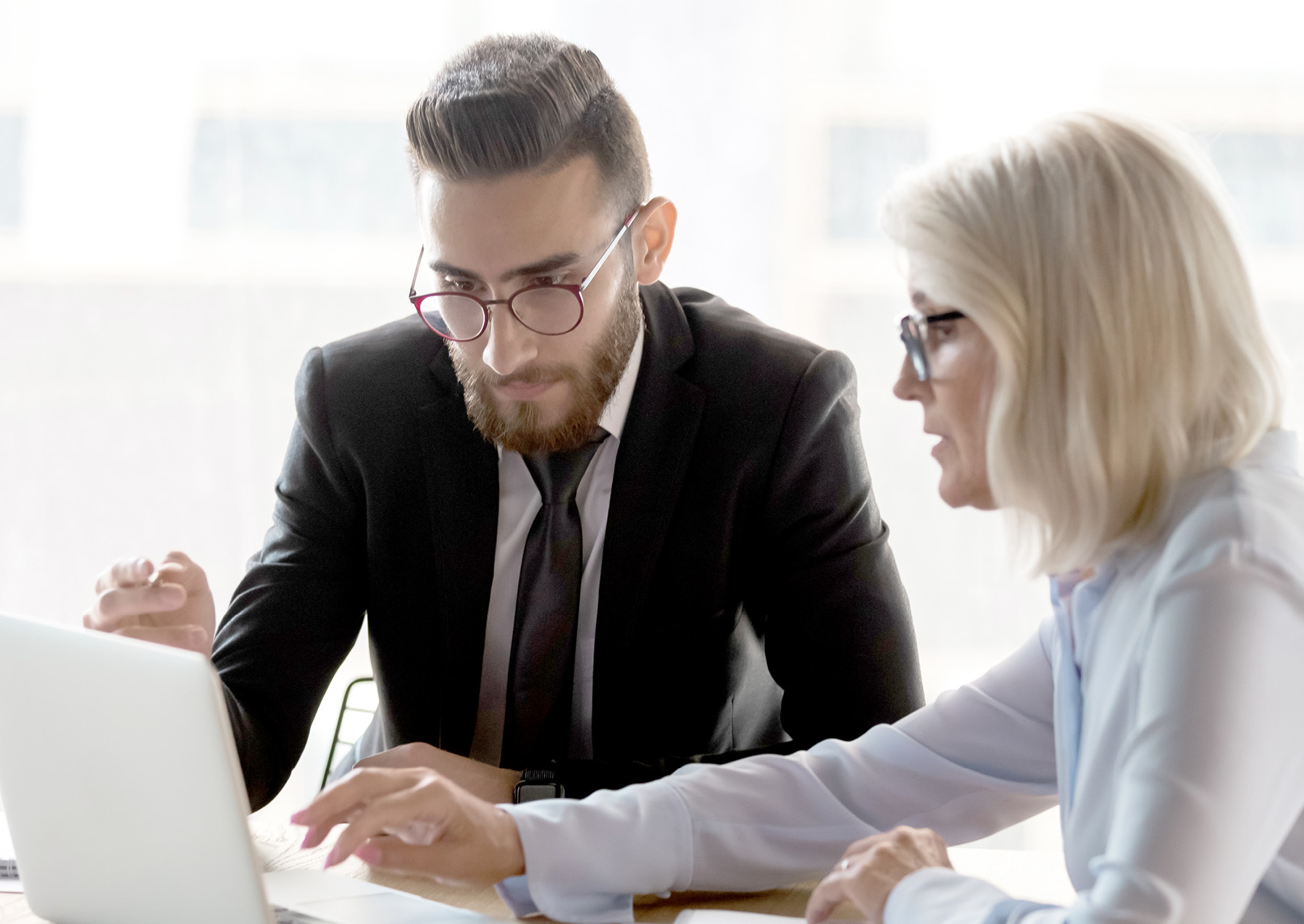 Abdulla believes that people are the pillar of QNB’s success. “The calibre of talent that we have today within the group is something that I am personally proud of,” he says. “I have people that I can rely upon to do the most complicated banking transaction possible, because we have learned from the best.”

A pillar of business

Abdulla, who was named one of Forbes Middle East’s ‘Top CEOs in the Middle East 2021’, joined the company in March 1996. It’s a date he still remembers clearly. “I graduated from Eastern Washington University in the US in 1995 and joined QNB eight months later,” he recalls. “I had no idea about banking but was excited to explore it.”

As a graduate in the corporate banking team, he proved himself a fast learner. Identified as a future talent, he was sent overseas to gain international experience at Chase Manhattan.

In 2007, he was appointed General Manager (GM) for QNB’s Corporate Banking Group. It’s a position he would hold during the biggest growth years for QNB, when it would become number one in the region. “Corporate banking used to contribute more than 75 per cent of the bottom line of the bank,” he shares. As its GM, Abdulla found himself “one of the main pillars of the team”.

As confidence grew, so did that of the business itself. “We started to believe in our own ability to perform complex transactions,” he says. “We started underwriting transactions worth billions of dollars, which is not easy for a Middle Eastern bank to do.”

The bank became known for having the required risk management capabilities to lead transactions. “We became self-confident and we became better than where we were a decade ago,” he reveals – and there’s no sign of slowing down. “Hopefully we will continue to improve our own capabilities as we go.”

Qatar is looking to significantly ramp up its energy production through the North Field Expansion development plan, and Abdulla says that QNB will be heavily involved in the financing of associated projects. “This will require new investments of around US$70 billion [€62 billion] in total and we will play a critical role in helping them to completion,” he explains. However, with such an impressive track record, there is no doubt that the bank is up to the challenge. “Today, we have complete trust in our ability to bring international institutions into Qatar to support the country’s major initiatives.”

After more than 25 years with the company, Abdullah now feels that “QNB is not only an employer; for me, it’s a second home”. It’s little surprise that long-term relationships – across the business – are one of his key measurements of success. “Today, we have a good number of strategic alliances with major international banks and these are relationships that we have developed to be feasible for the long-term,” he points out. “We don’t look for anything immediate.”

It’s a perspective that applies to its customer relationships as well. “To give you an example, during the financial crisis in 2008, we paid a visit to our top 20 customers in Qatar and assured them of our continued commitment, irrespective of what challenges they would come across,” he says. “Now, 14 years later, those customers still appreciate those visits we made. We believe relationships are two-way. Sometimes you need the customer and other times the customer needs you.” 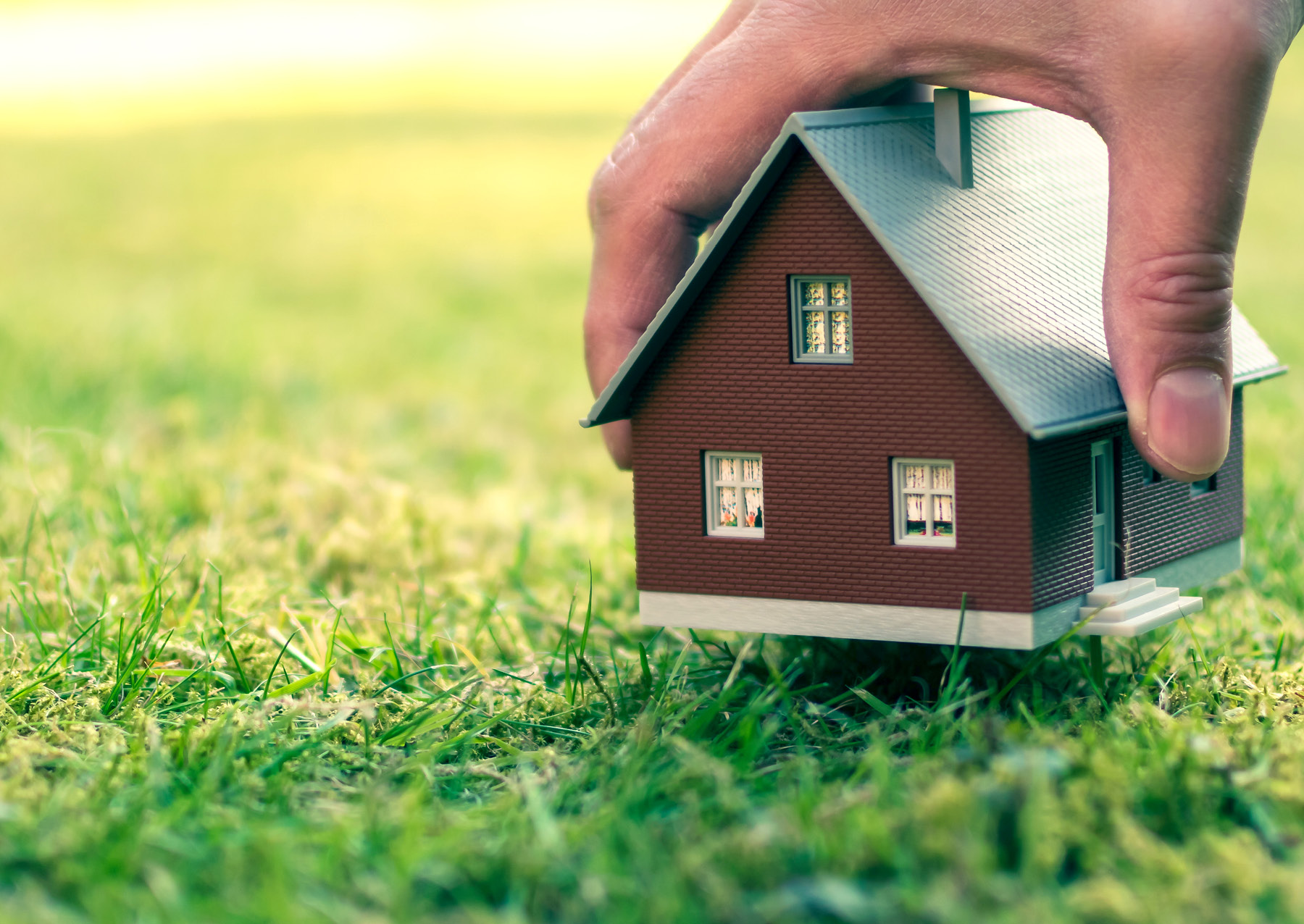 Our long track record gives the right impression about the bank and what we can do for people.

When it comes to the financial challenges its clients may face, Abdulla says that QNB tries to be as accommodating as possible. And it’s a strategy that is paying dividends. “That’s why, today, we have more than 50 per cent of the market share in Qatar.”

These strong credentials and market-leading position make it the natural choice for any bank that wants to do business in Qatar. “Our long track record gives the right impression about the bank and what we can do for people,” he asserts. “This allows us to take immediate advantage of any opportunities we see in any one of the countries we operate in.”

And having a name that is widely recognised has other advantages. “We have the highest brand value of any bank in the Middle East. When we meet people, they know about QNB,” Abdulla says. They’ve seen the name, they’ve heard the reputation and they’ve read about the financial performance. “Such brand value has incredible worth. It opens doors before we even arrive.” 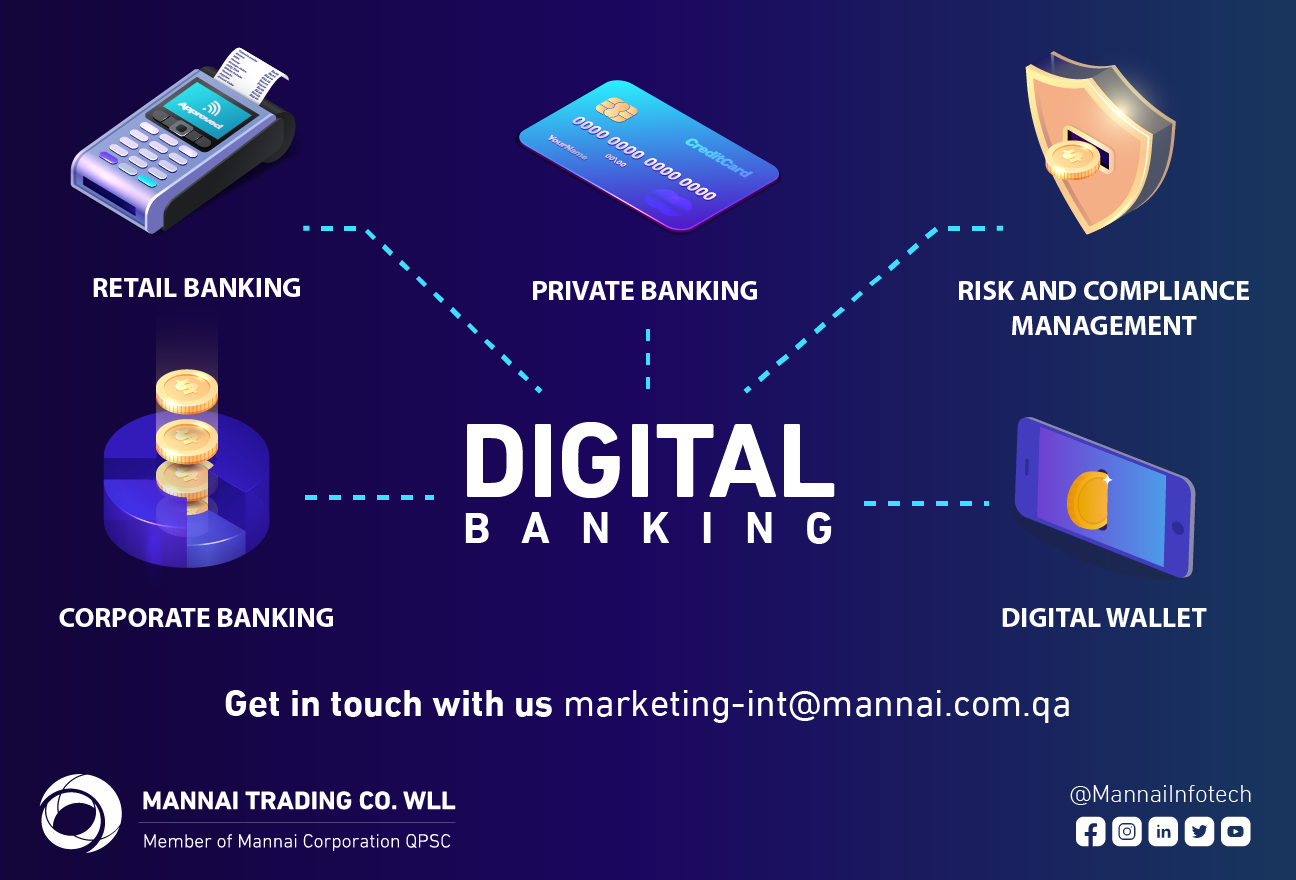 In late 2021, QNB made a commitment to the Gulf Organisation for Research and Development to strengthen its range of sustainable products and services within the Global Sustainability Assessment System framework. This will include green mortgage solutions and green vehicle loan offers at attractive interest rates to encourage the uptake of sustainable practices.

This undertaking is just the latest move by a company that leads the way in sustainability initiatives in the region: QNB has already been recognised as a ‘Green Pioneer in Qatar’ by the Climate Bonds Initiative and was awarded ‘Outstanding Sustainable Financing in Emerging Markets’ and ‘Outstanding Leadership in Green Bonds’ at the Global Finance 2021 Sustainable Finance Awards.

Working with Finastra, QNB now has an opportunity to progress its adoption of automation across different processes as it evolves its digital transformation strategy, in common with the international financial services industry. 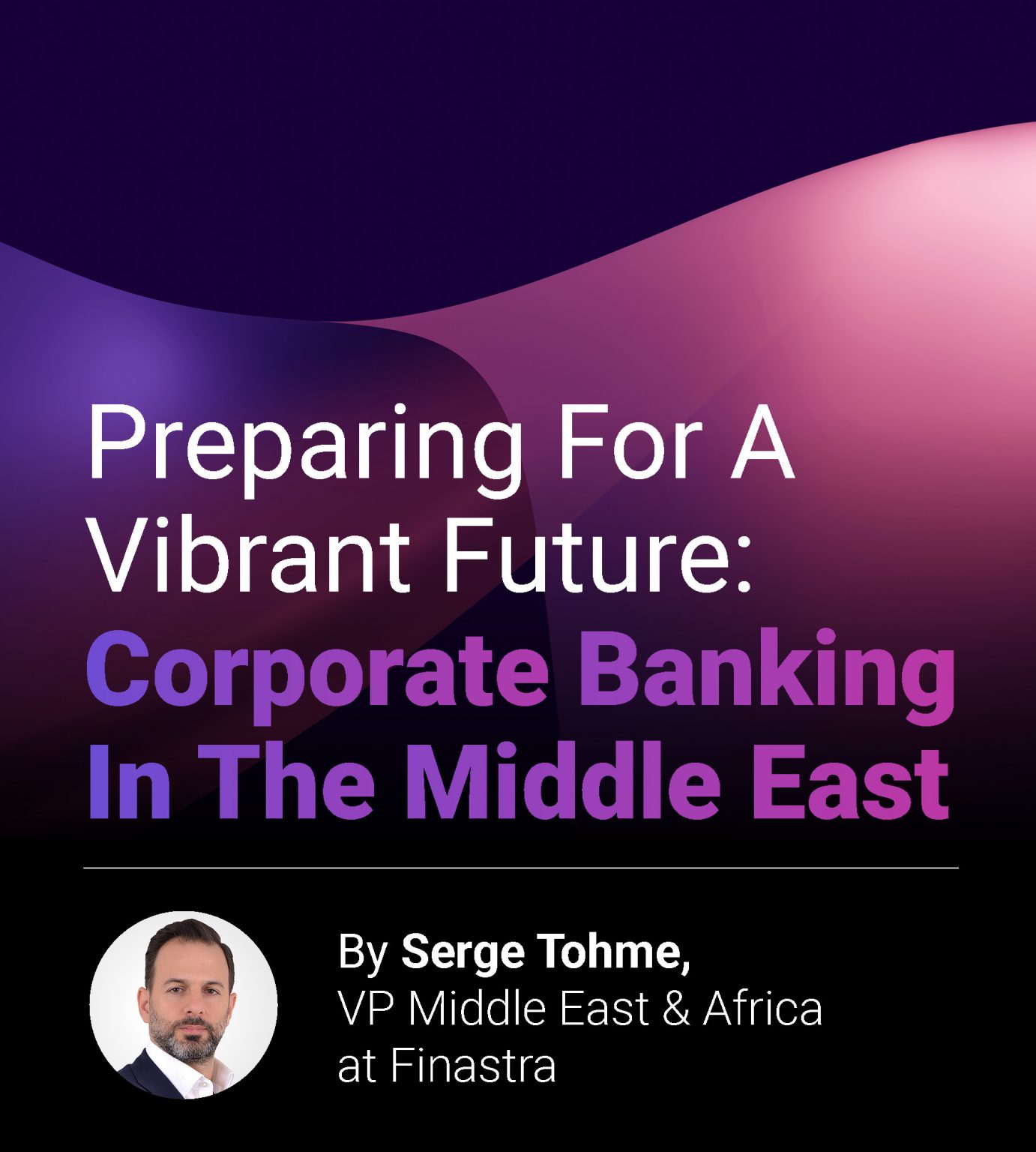