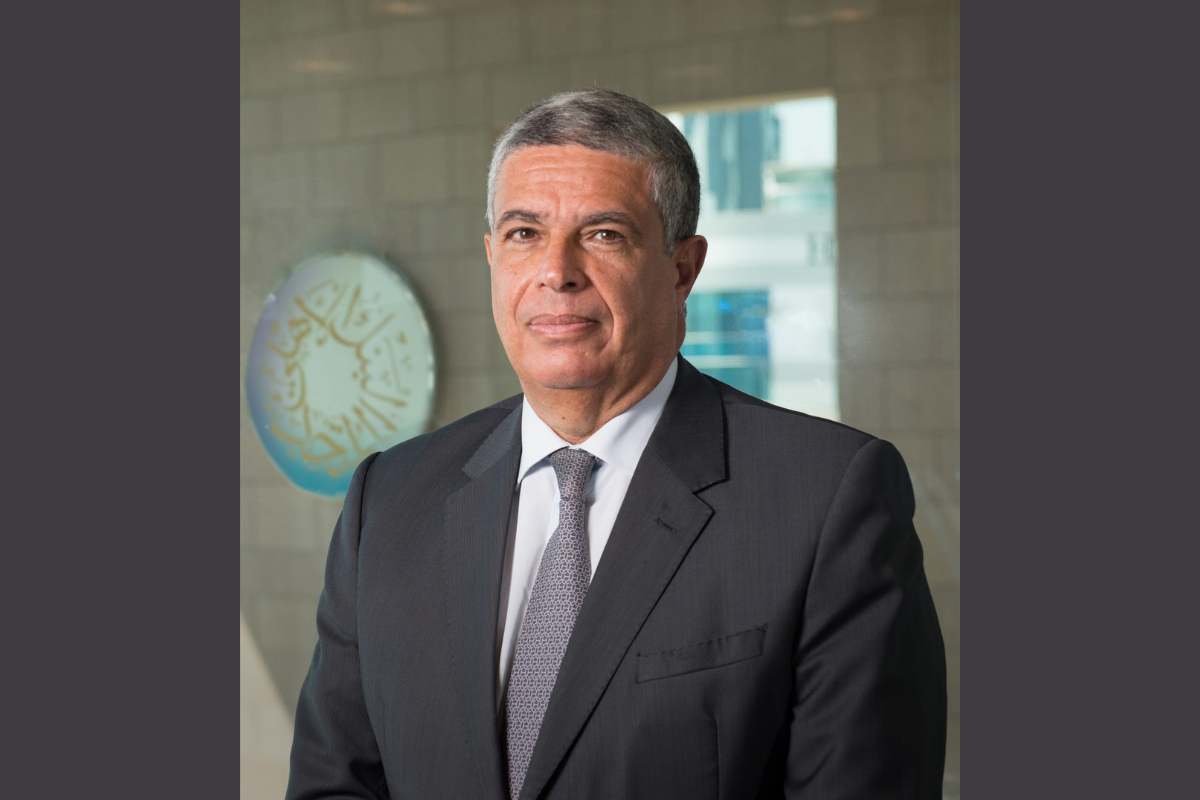 Ahli United Bank’s (AUB) Group CEO Adel El-Labban, is one of the Middle East’s most respected executives, with quite the trophy cabinet to prove it. One of Forbes’ Top 100 CEOs in the Middle East 2022, he was also named Arab Banker of the Year by the Union of Arab Banks in 2009, selected by Euromoney as Best Banker in the Middle East in 2011 and recognised for his Distinguished Services to Arab Banking by the Arab Bankers Association UK in 2015, among other accolades.

Across a career that first started in Cairo in 1978 at Chase Manhattan Bank affiliate, Chase National Bank of Egypt (now known as Commercial International Bank (CIB), the largest private-sector bank in the country), he’s remained true to certain core principles.

“I’m a strong believer in ensuring your performance is always balanced, sustainable and absolutely ethical in respect to all dealings with counter-parties, whether they are clients, shareholders or other entities that you deal with as an individual or as a banking institution,” he tells The CEO Magazine.

Because, for Adel, success isn’t measured on ticking off goals alone. “It is also about how you achieve the goals,” he says. And, while the accolades are welcome recognition for years of commitment and dedication to his industry, Adel believes success is all about longevity and sustainability of performance as well as creation of value, in both an institutional and client context.

“I don’t consider success to be a superlative performance one year, followed by many years of average or below-average performance,” he says. “The litmus test of success is sustaining it over time, in a manner that casts a very positive light upon the organisation.” 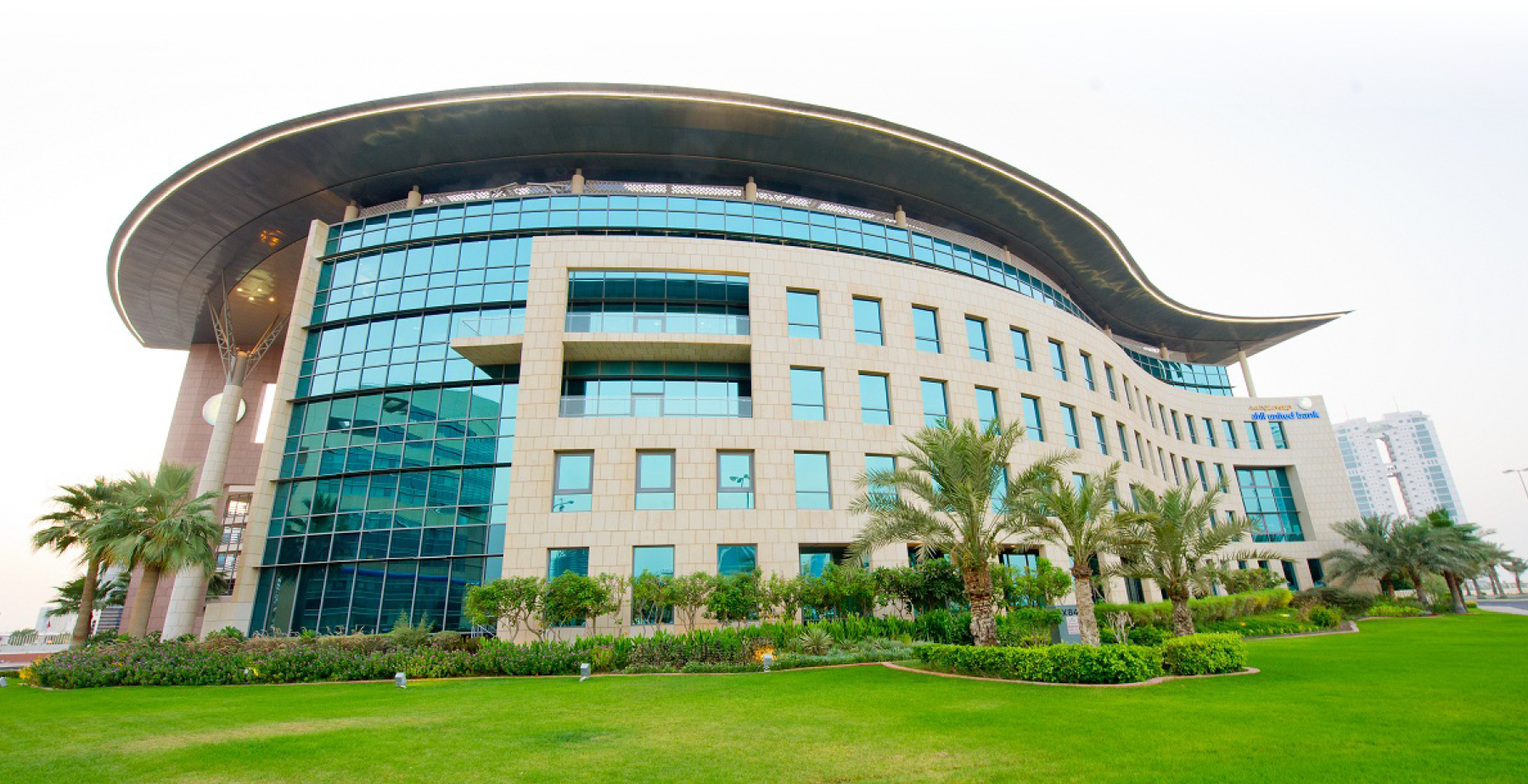 The litmus test of success is sustaining it over time, in a manner that casts a very positive light upon the organisation.

Such a philosophy has proved the guiding light as he left his native Egypt in 1984 for the Gulf states and then went on to Morgan Stanley in the US to be its Vice President Corporate Finance. He returned to Egypt in 1990 as Managing Director of CIB.

In 1999, Adel found himself on yet another plane, this time headed to London to take up the CEO Seat at United Bank of Kuwait (UBK) with a mandate to re-organise a troubled organisation and position it for regional growth. After a series of mergers and acquisitions, UBK became AUB in 2000 and with it, Adel became the Group CEO. He moved to Bahrain in 2000 and has been based there ever since.

Unlike his other roles, AUB was, he says, “a clean canvas with very ambitious aspirations and visionary core shareholders”.

“UBK was the oldest Arab bank in the UK and one that look a long-distance coverage approach with its clients, covering the region by sending in specialists,” he explains. “With AUB, it could reinvent itself by acquiring banks in the different Gulf Cooperation Council and other Middle East and North African Countries where it saw the potential to develop business and maintain continuing coverage of its clients in their home markets and overseas.” 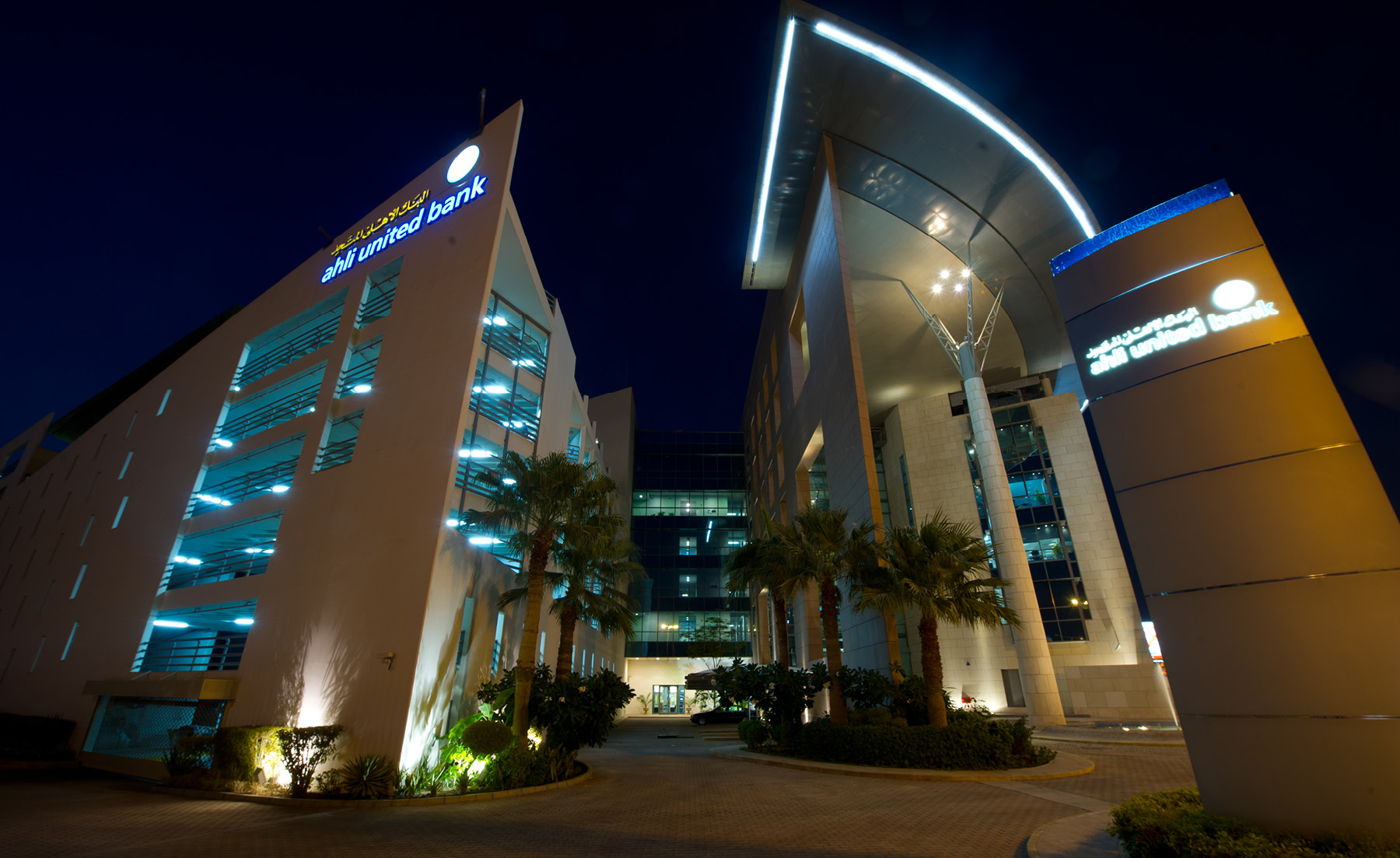 Our decision to invest in a country wasn’t made simply on the domestic value of the market, but also for the value of potential cross-border business between them.

It was “the first big corporate change for me, career-wise”, he explains. “My job was not purely organic growth. In fact, it was essentially the pursuit and realisation of inorganic growth.” At the time, growth by acquisition was a little-known concept, and there were many challenges, he shares.

But Adel thrives on out-of-the-box ideas and for him, the opportunity to build an organisation by acquiring others, and then moulding the various organisations into an integrated whole, was too good to pass up. “It’s a rare, if not unique, chance,” he says.

Fast forward to today and AUB is now one of the region’s largest banks with US$43 billion in assets and a presence in eight countries (including Bahrain, UK, UAE, Egypt, Kuwait, Iraq, Libya and Oman).

“Obviously the inorganic side had to flow into a more organic focus to extract value from the investments we made on a sustainable synergistic basis,” Adel explains. “Our decision to invest in a country wasn’t made simply on the domestic value of the market, but also on the value of potential cross-border business between them. Because one of our strategic goals is to be a major player in cross-border flows in trade, in project finance, in private banking, in capital market, transactions and more. This reflects a core value adding a competitive advantage for AUB in relation to its clients.”

He says AUB’s organic pathway has taken a “very interesting turn” since mid-2020. “We’re almost two years into a wide-ranging transformation,” he says. More than a digital transformation, this holistic shift has digital as a subset, not the entirety.

“We are launching a plan that combines the technology dimension, both digital and automation, straight through to data and the HR side to ensure we have the staffing to harness these additional enabling capabilities, and to effectively monetise them,” he says. “The strategy is designed to drive a broader coverage of products and client base, improve risk evaluation (and with it, reduce risk cost), have more focused marketing, and more rationalised operational expenditures and costs to use on product redesign, full automation and digitalisation.”

“It’s a fascinating experience because the key problem in transformation is that, if you restrict it to technology, it becomes a localised silo within the organisation that doesn’t really transform the capabilities of the entirely of the business,” he says. “By complementing it with data and the overarching element of human development in an integrated trinity, you are effectively creating new, enterprise-wide dynamics in everything you do. You are changing the DNA of the organisation in a completely suitable manner.” And that, he continues, is the foundation that will provide the competitive advantage that will allow AUB to flourish for many years to come. 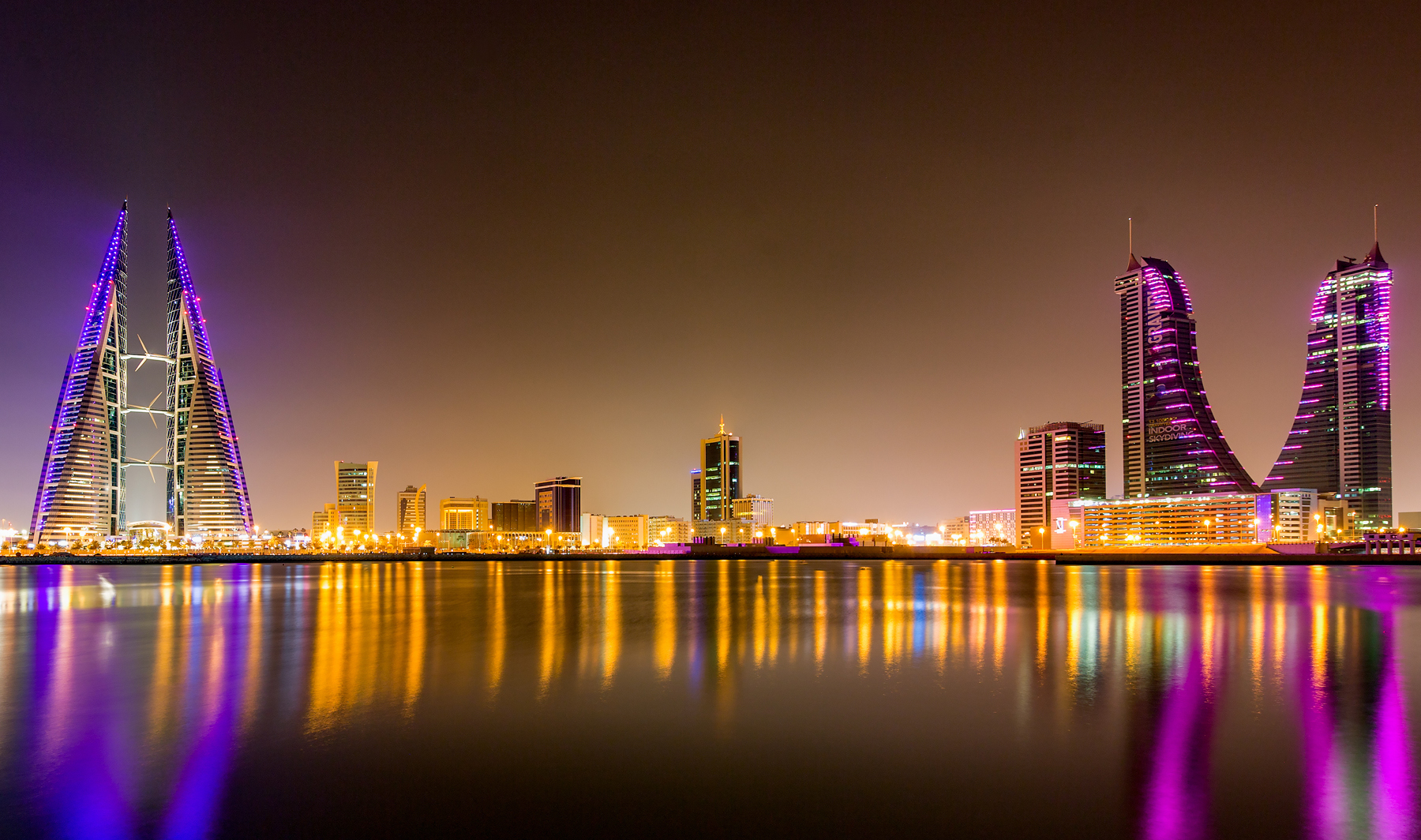 We are regularly looking for similar or larger EPS achieved opportunities in our target markets.

That doesn’t mean that AUB has put a stop to growth through mergers and acquisitions — it recently announced an agreement to acquire Citibank’s consumer banking business in Bahrain. “We are regularly looking for similar or larger EPS achieved opportunities in our target markets,” he says.

Yet, now the bank — and Adel — find themselves potentially facing an evolution in their shared history with the July 2022 announcement of an offer document received from Kuwait Finance House (KFH).

“This provides an opportunity to our shareholders to consider, in a structured manner, the creation of a major regional banking institution capable of competing more effectively in its existing and new potential markets,” Adel says.

“This proposed acquisition is in line with our strategy of pursuing inorganic growth in our targeted markets through mergers and acquisitions. The KFH acquisition will entail the creation of the second largest Shari’a compliant bank in the regional and global banking space and provide a very solid platform for achieving shareholder and corporate aspirations.

“In many ways, the KFH transaction marks the completion of a full cycle for AUB from acquirer to target. A US$11.7 billion turnover offer from a prime regional bank like KFH is testament and confirmation to the amount of value created by AUB staff over the past 20 years.”