“I’ve always wanted to do more in Africa.”: Barry Lobel 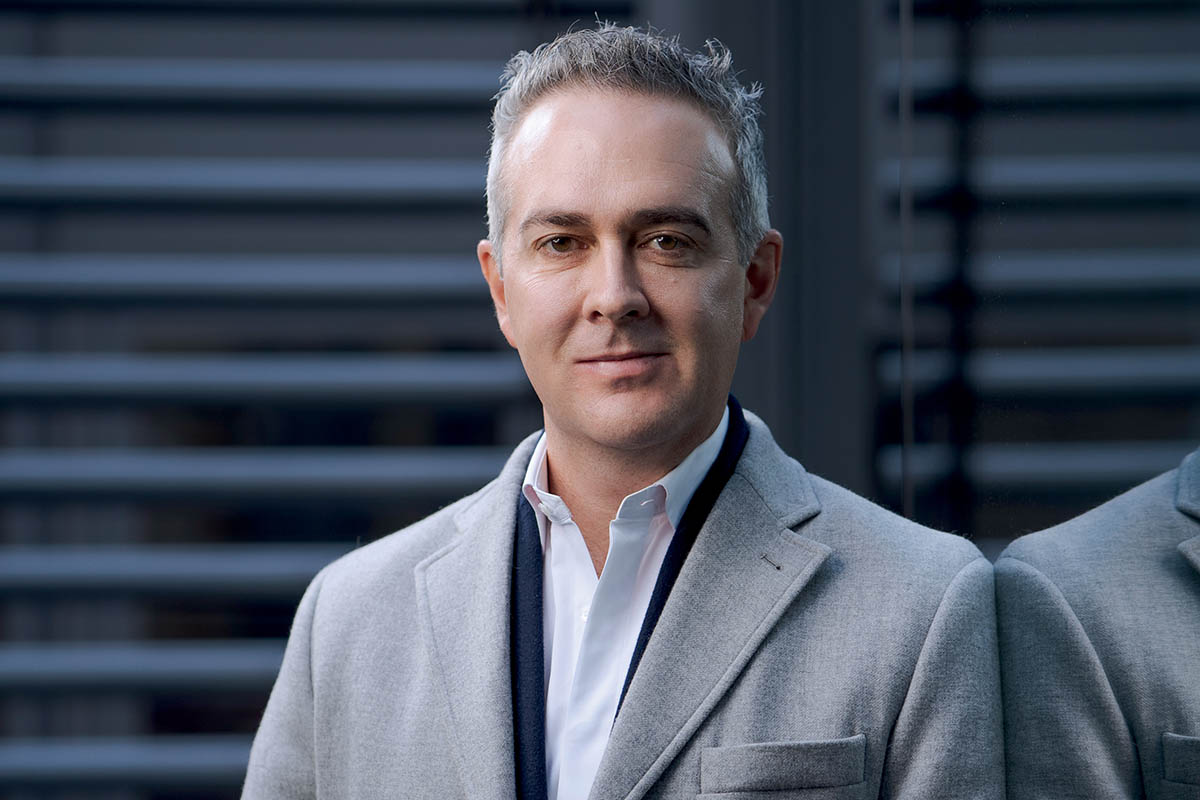 Carrying a large wad of cash on your person in public is never a good idea – in general because of the possibility of crime, but even more so now due to COVID-19 – which is why, in Barry Lobel’s ideal future, it would no longer be necessary to do so.

The CEO of payments technology company ZappGroup Africa is excited about the QR payment solution his firm has launched, which is already running in parts of Africa, the UK and the US.

“We are trying to change the face of payments across Africa,” he explains. “We empower the banking, telco, financial services and consumer product industries by providing white-label payment and technology solutions. In summary, we do the heavy lifting. Our platforms are plug-and-play, providing our partners with the latest technologies at much lower costs than if they implemented it themselves.

“What we are aiming to have is an open and universal payments solution capable of QR, USSD and NFC payments, to pay in local money anywhere across Africa as well as internationally.”

To achieve this, ZappGroup has partnered with a combination of banks, mobile money operators, card schemes and national payment switches. Although an accountant by education, Barry confesses to never having much of an interest in pursuing a conventional career in finance.

I’ve always wanted to be involved in smaller, growing businesses.

Instead, it is the business side of the industry that holds more allure for him. “I’ve always wanted to be involved in smaller, growing businesses,” he reveals. After more than 18 years working across five continents guiding various fledgling businesses towards success, he has learned one thing.

“Most businesses are run in very similar ways. If we get the fundamentals right, especially by leveraging my background in finance and accounting, we can actually fix and solve many problems and derive a lot of value for these businesses.”

With ZappGroup, Barry is not only hoping to replicate the success he has enjoyed with previous ventures, but to also scale it up into something that can affect bigger changes in the Africa. Born and raised in Zimbabwe before spending the early part of his career in South Africa, it is the continent his heart belongs to.

“I’ve been based in the UK for 12 years, but have spent the last six with a focus across Africa. I’ve always wanted to do more in Africa. It’s where I came from,” he professes. And Barry has identified the market segment he believes ZappGroup’s products will benefit the most: the unbanked population.

“Roughly 70% of the population across Sub-Saharan Africa is unbanked. Which means that many Africans have never had access to any type of loan, credit or insurance,” he says. What a large part of the population does have, however, are mobile phones, giving rise to a rather unique phenomenon.

“Traditional banking began within bank branches, with tellers processing cheques and then cash. Then, ATMs came along before internet banking on computers and now, mobiles,” he explains. 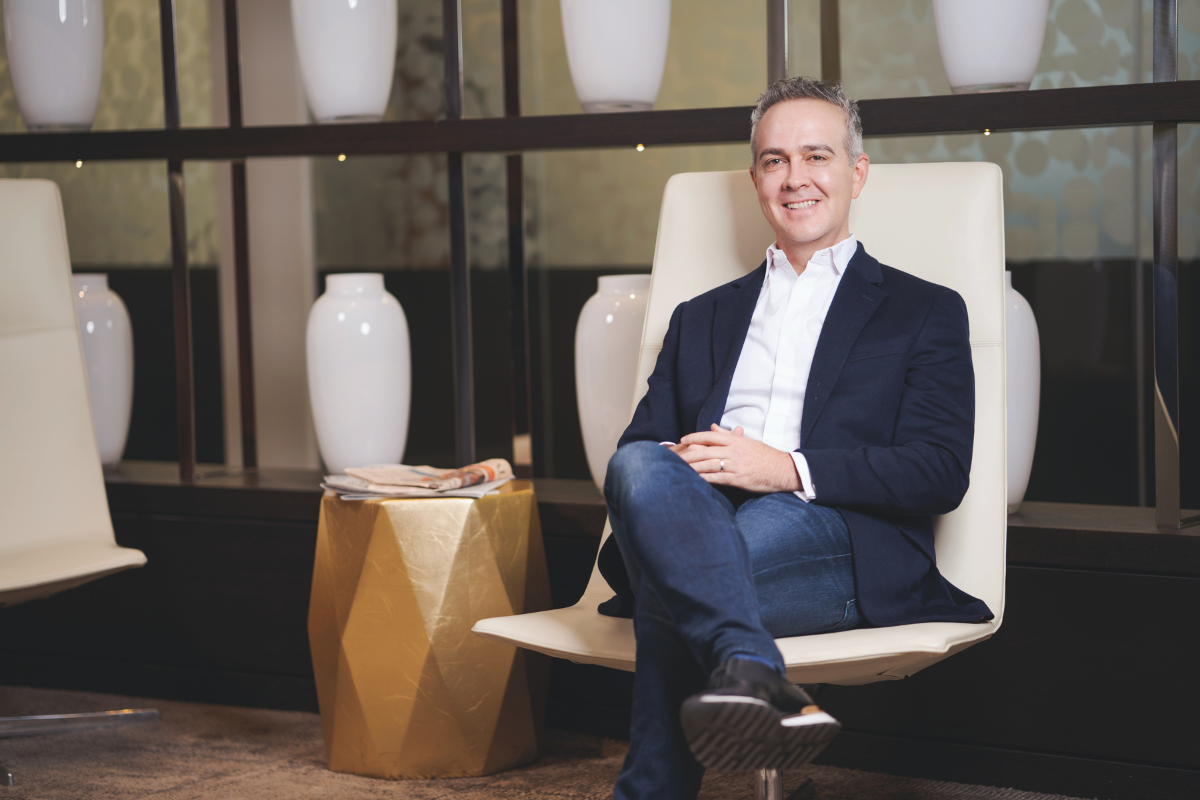 “In Africa, however, many people who’ve never had bank accounts, loans, insurances or any type of financial inclusion are moving straight to mobiles, because it’s the cheapest way to deploy a solution. Africa is advancing quicker than other regions, so it’s very exciting for us.

“We are getting to the stage where technology is allowing people to be more connected, not just in terms of social media and communications, but also the payment landscape. Soon, it will be as easy to send money to someone across the border as it is to send a WhatsApp message. We are breaking down borders.”

With its great swathes of rural landscapes and significant rural populations, the breaking down of borders in Africa will bring powerful improvements to individual lives unlike anywhere else. Barry illustrates, “For an unbanked person in Africa, paying for electricity isn’t as simple as getting a bill at the end of the month, which is what many of us in developed economies are used to. Instead, they use prepaid meters. 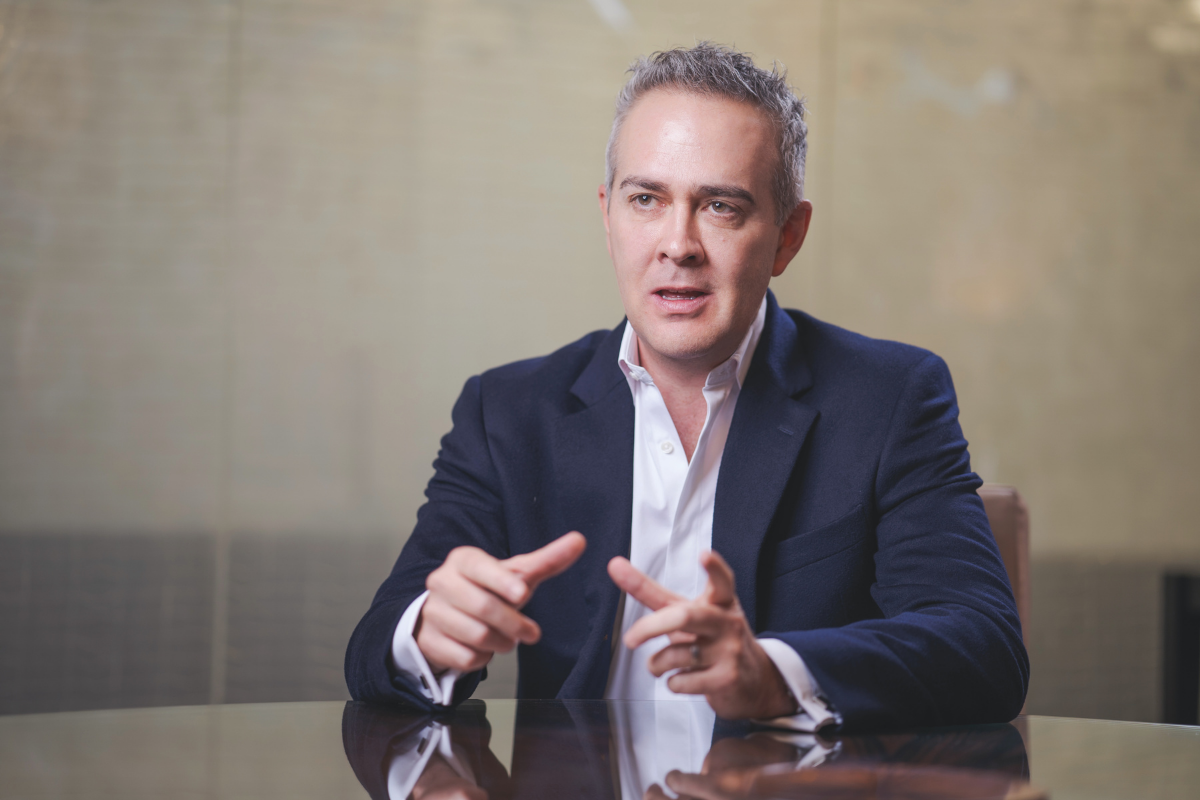 “They have to stand in a queue, for perhaps half an hour, at an agent’s little kiosk at the side of the road to pay for a scratch card – perhaps by mobile money. They then bring the scratch card home and enter the number on the card into the meter in order to get electricity. Because many of these unbanked individuals do not have large disposable incomes, they can’t pay for a month’s worth of electricity in one go and may have to visit the agent’s kiosk every two or three days. It can take up a huge amount of time.

“What we are offering is the idea of putting QR codes on electricity meters so that a process that previously could take up to one or two hours takes two to three seconds instead. We want to give more people freedom to run their lives and not be bound by the payments they have to make.”

We need to make sure that people’s money is kept safe.

In addition to increased flexibility, QR-based payments are also a direct solution that removes the middleman, saving the user transaction fees. The future is certainly bright for mobile payments, but it’s not without challenges. For Barry’s ideas to take off, good execution is required. “There is a knowledge gap,” he concedes. 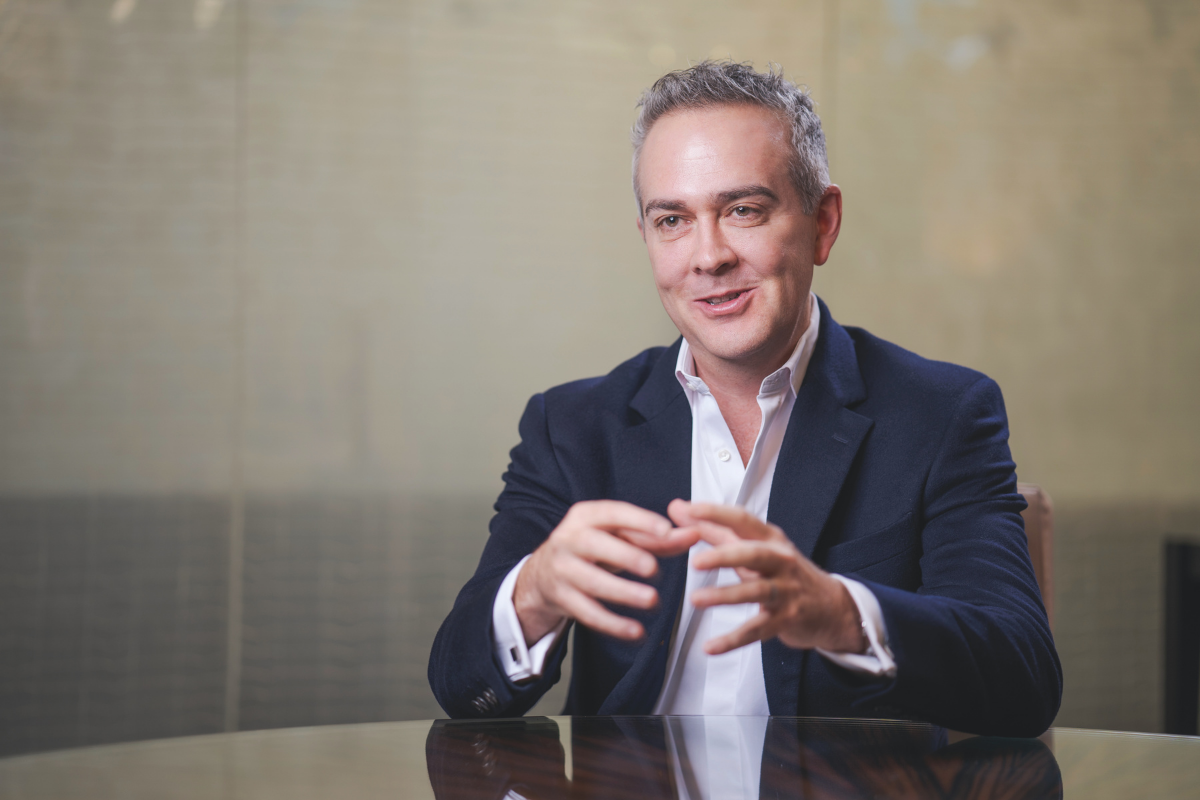 “Some countries in Africa have yet to develop a robust, safe and secure payments infrastructure. It’s not that they aren’t capable of supporting the technology we have, it’s just that the population hasn’t had the opportunity or exposure to learn about it yet.” “One of the initiatives we are working on with Visa is around education and training,” he reveals.

Headed by a team of experts from the company’s offices in South Africa, Ghana and Nigeria, the aim is to recruit, train and educate local communities in the countries ZappGroup is entering.

“The idea is to empower and educate,” Barry explains. “Our team is also on the lookout for talented individuals to join our team and assist with future training and software development. We want to train up locals and empower them with expertise, not only because we have found some amazing candidates with great capabilities, but also because local knowledge is where true value lies. Technical knowledge can always be taught, but you can’t teach a foreigner local culture and local needs. This local focus is how we intend to maintain our competitive advantage.” 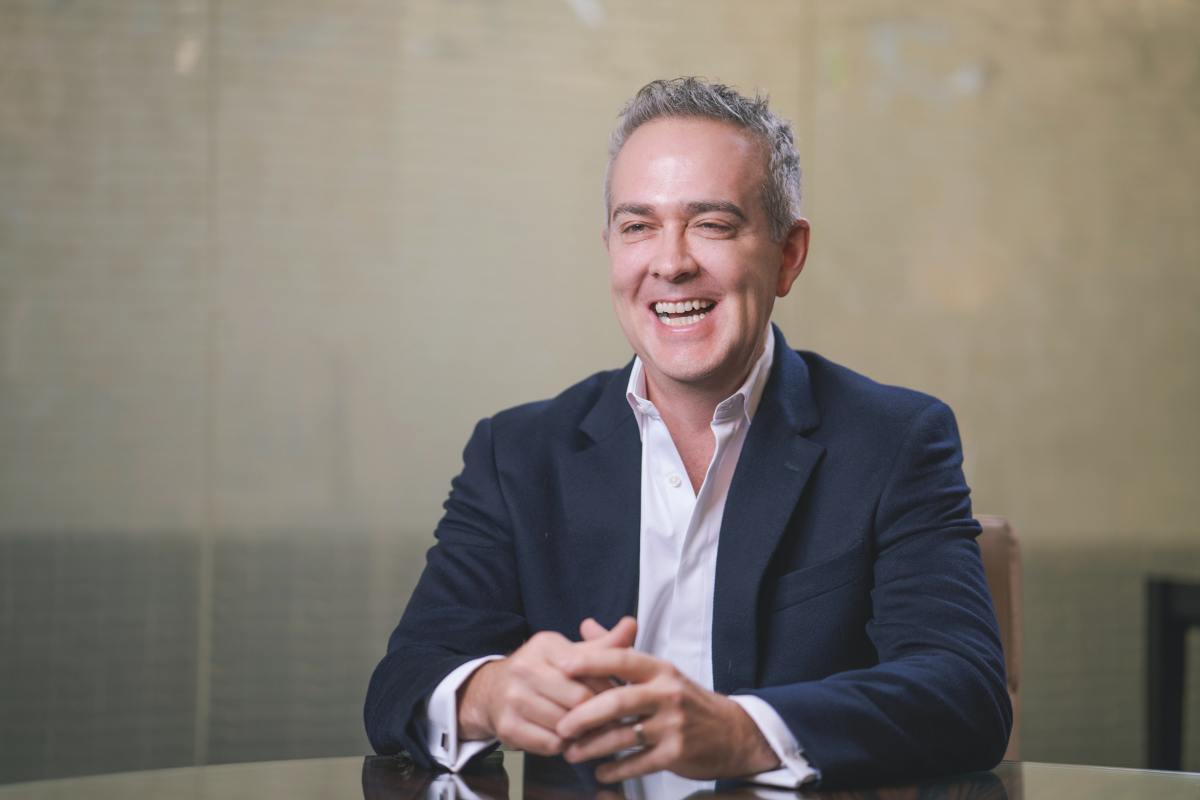 However, rapid expansion and success will bring about new obstacles. As payments become decentralised, one of Barry’s biggest concerns is fraud. “Electronic payments are still quite new across Africa, and where they have taken off, they have mostly been in what we call a closed loop, which is when a customer transfers money to another customer from the same bank or the same telco. In such cases, it’s a very controlled environment,” he explains.

ZappGroup Africa was created by Barry Lobel and Paul Edwards, former CEO of MTN Group, in collaboration with Zapper, a South Africa-based QR payments and loyalty company. Some of ZappGroup’s partners include Visa, Barclays Bank and Vodafone. The company’s white-label solution allows its partners to provide a low-cost payment platform to their customers, which comes complete with bill payments and airtime top-ups as well as fraud management, data analytics and marketing features.

“But as we open up, we need to be able to manage fraud. Unfortunately, it is a risk that will always be around in the payment space.

“If we don’t have in place a strong, robust system that can manage the fraud, it can derail the entire industry. If a large number of consumers are getting defrauded, they will lose faith in the system and the industry will never recover from that. We need to make sure that people’s money is kept safe.”

Whether it is setting up local divisions, protecting users from fraud, or braving the new challenges that will inevitably come the company’s way as it embarks on its African conquest, one thing is for sure: Barry is looking forward to it all.

“I’m as excited to get back to work every Monday morning as I am to go home on Friday evenings and see my wife. I really love what I do. I am lucky to have found an opportunity to leverage what I have learned in my career in the past 40 years on something I am passionate about.” 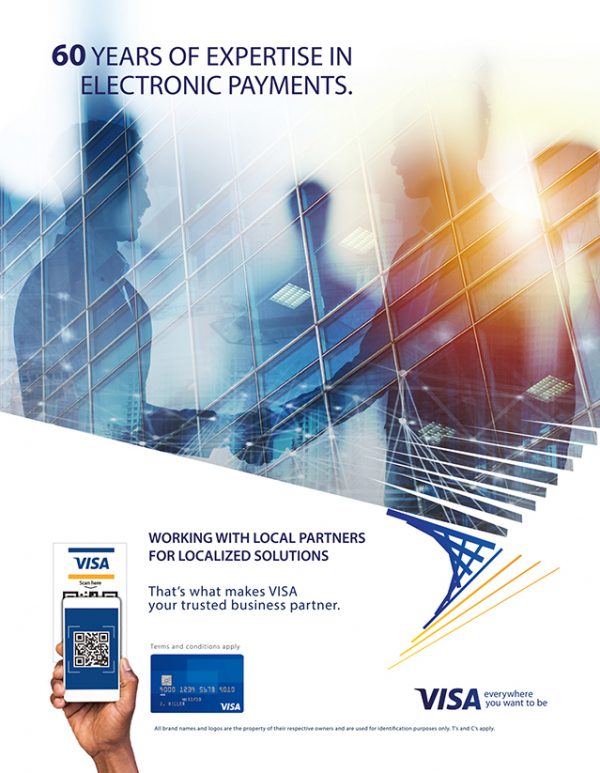 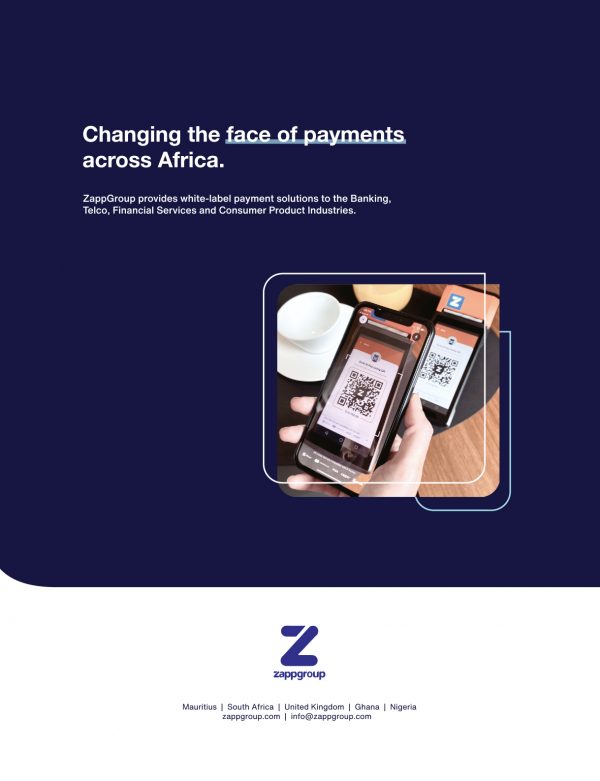 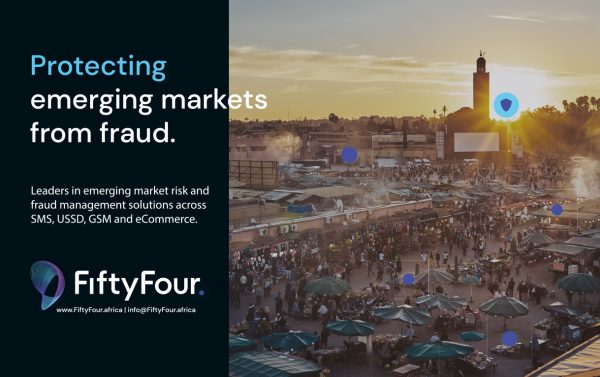