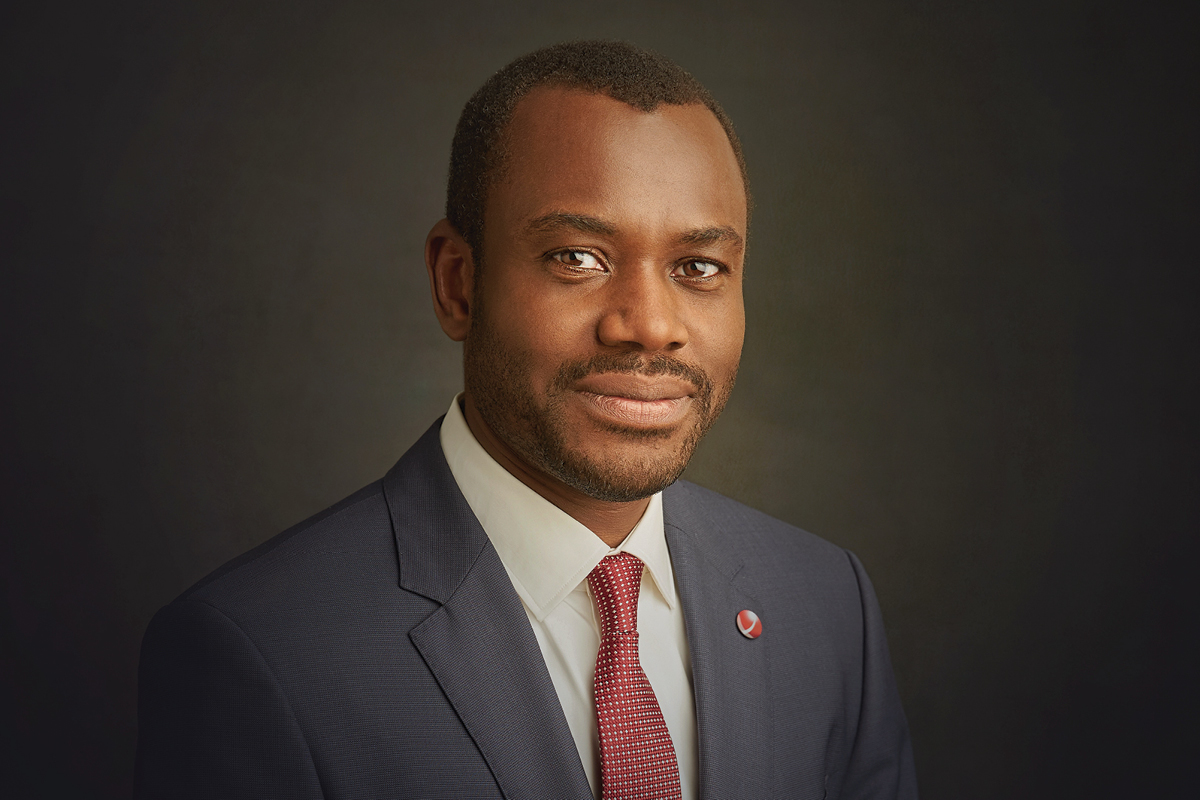 It was never Abubakar Suleiman’s intention to become CEO. His career goals were to work where his skills were valued, where there were challenges to defeat, and where he had the opportunity to build something. Now that he leads Sterling Bank in Nigeria, he believes he has a duty to his company and his continent.

“I believe that if you are lucky enough to hold a senior role in a significant company in Africa, you have an obligation,” he says. “You don’t become CEO of a bank so that you can earn money and leave it. There is far more to it than that.”

His perspective is that he has a duty to the people he works with and the stakeholders in the company but, more importantly, that he should change how the industry is perceived.

With this in mind, the company has built its core values around a set of behaviours to focus on what the team is rather than what they do.

“We expect our team to be passionate, adaptable, caring, innovative, have a sense of ownership and be dedicated to service,” Abubakar explains. “We promote these attributes and use them to define a ‘Sterling person’.”

Abubakar is a determined leader. However, his leadership reflects more than just drive; it is a commitment to make an impact. He hopes his behaviour inspires his team to seek to make an impact beyond the bank.

“Having an impact is not just about the company; it is about the society we live in and what we can do for it.”

The number one pillar of Sterling’s culture is agility. It is essential to Abubakar that the organisation is adaptable and can function at the speed at which society is currently responding. “On the back of technology, everything moves at a faster speed, so we need to be agile,” Abubakar says.

The second pillar of the bank’s culture is specialisation. The third is digitisation. “You can understand how important these values are in financial services,” he explains.

“We also want to be a high-performing organisation. Finally, we want to be an inclusive organisation. We look at inclusion across geography, gender and age. We represent the customer base that we hope to serve.”

Abubakar says his time and effort go into crusading for the company’s core beliefs. “It is about storytelling,” he says.

“It is about inspiring people to be the best that they can be. The heart of my managerial work is about building synergies and collaborations. People are different in many ways, so a lot of effort goes into making sure that they can collaborate well. There is a push to create an environment where a diversified workforce can perform optimally.”

Of course, as an organisation in transition, it hasn’t always been easy. Abubakar has tried to change the course of the company and faced resistance.

“You have a lot of people-related challenges. Change management and getting everyone on board has been the most difficult part, aside from challenges that are external to the company, for example, the economic and political space in Nigeria.”

He considers his most significant achievement to be the quality of workers he has attracted to the company. He explains that as a mid-sized company, it isn’t realistic to attract talent by paying a higher salary.

To be able to draw the best, you have to tell a story that is compelling. “You have to present a picture of the future that is beyond profitability and is appealing to people who seek to make an impact,” he says.

“You have to present a picture of the future that is beyond profitability and is appealing to people who seek impact.”

“Having been able to do that, by bringing talent to the company because we sold the dream to them, I think, has been the greatest achievement since I took the job.”

Abubakar’s dedication to making an impact translates to the company’s community engagement initiatives. The bank’s influence on people’s lives is extensive. Rather than have generic solutions offered through marketing and sales, it chooses each community and recognises the differences. 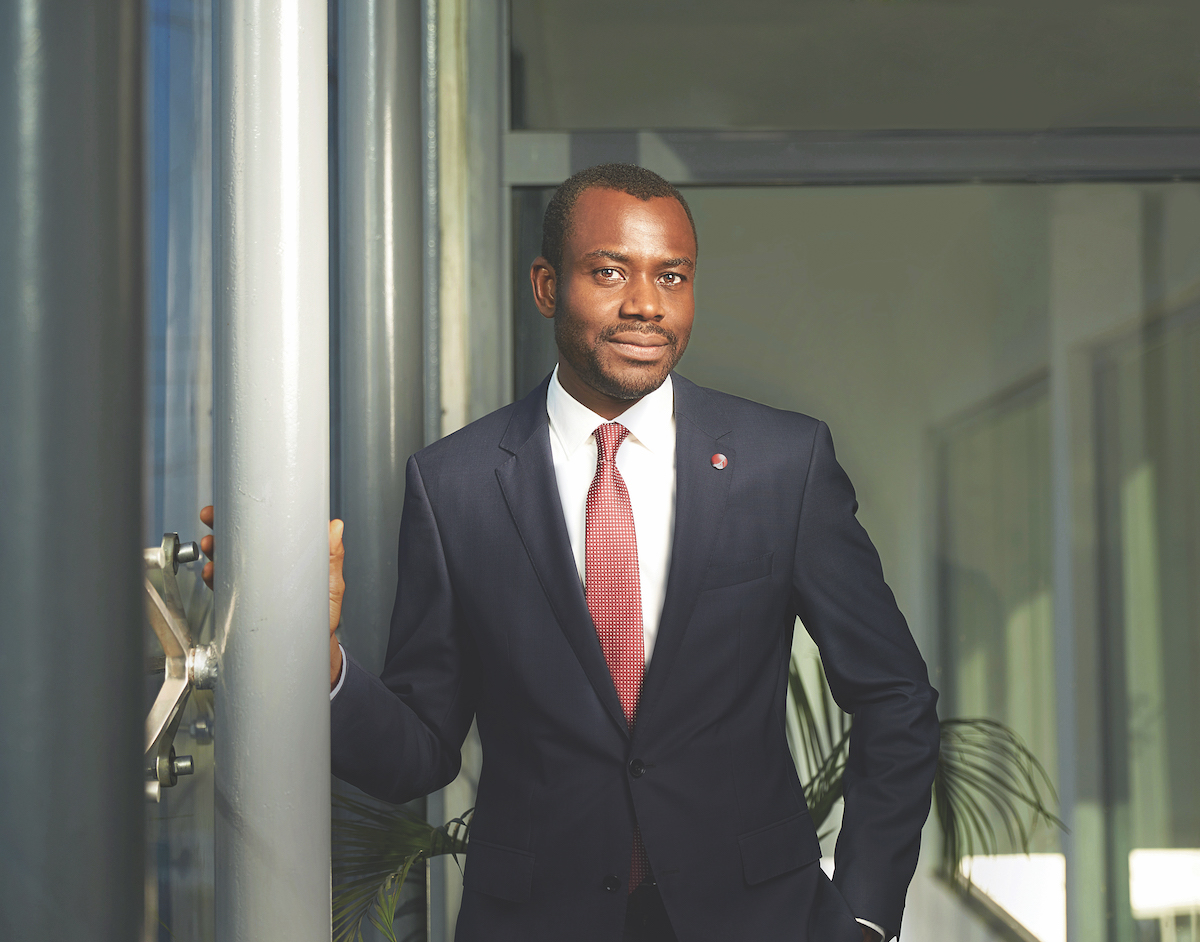 “We are building communities around getting healthy through our health support initiative that was commended by Nigeria’s President Muhammadu Buhari.”

Sterling also focuses on climate change and contributing to the environment. For nearly a decade it has been a tremendous supporter of the state government initiatives to clean up the environment.

In addition, the bank empowers the community by offering non-interest-based microfinancing. Abubakar explains this as “risk-sharing financing”.

In more than 50 years of operation, Sterling Bank (formerly NAL Bank) has evolved from being the nation’s pre-eminent investment banking institution into a full-fledged commercial bank and, as part of the consolidation of the Nigerian banking industry in 2006, completed a merger with four other banks – Indo-Nigeria Merchant Bank, Magnum Trust Bank, NBM Bank and Trust Bank of Africa. In addition, Sterling Bank acquired Equitorial Trust Bank in 2011.

Rather than providing credit to microenterprises, the bank collaborates with them so that transactions or businesses that would otherwise not be able to attract credit can do so. “This is important because if you look at the structure of financial assets in Nigeria, there are very little savings,” he says.

“We have a low saving to GDP ratio. We need to get to the root of the problem to solve it. If the savings level in the country is low, there is little leverage flowing into small businesses. If a small business cannot leverage debt, we collaborate with them.”

“It’s been an incredible journey. We have found partnership in this space that we otherwise would not have seen, and we are helping to reveal the capacity for entrepreneurship. I think it’s the way we are supporting the economy that makes us different from our competitors.”

Abubakar believes that for a bank to stand out, it first has to look inward. Sterling has invested in trying to change the way it works and in breaking down the hierarchies that have been central to the banking business over the years, to create systems that allow for innovation.

“We encourage people to express their ideas and to innovate,” he says “This isn’t common in sub-Saharan Africa. The outcome has been people who are creative and courageous. The ability to attract a quality workforce and keep them on board has given us a competitive advantage.” 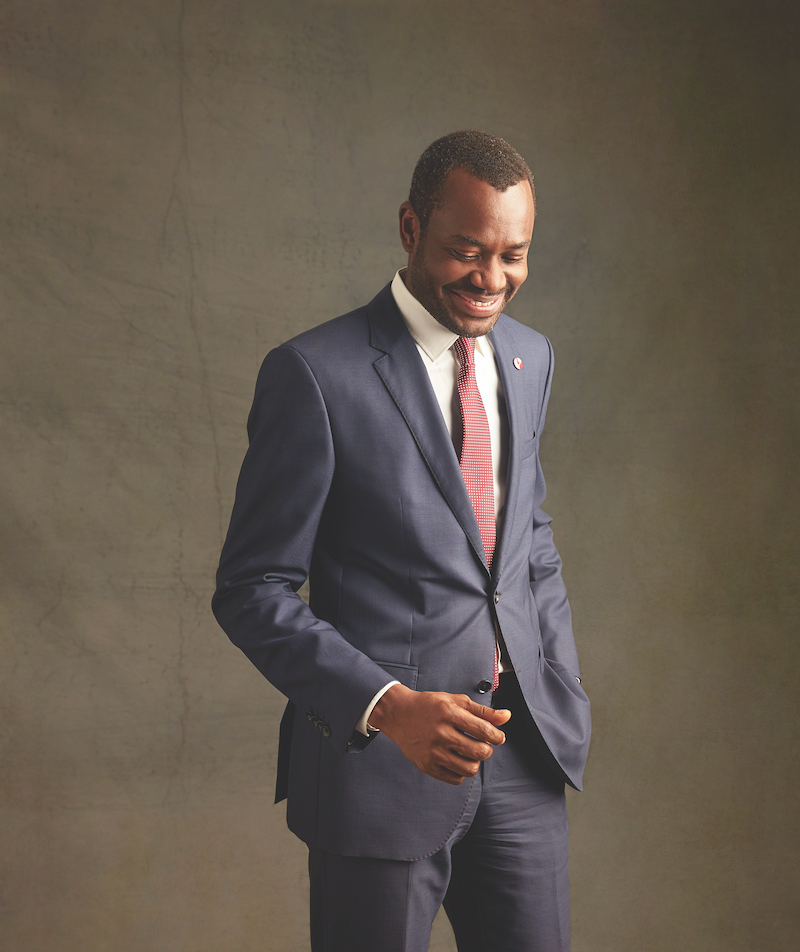 Another marketing strategy the bank uses is to specialise. Rather than trying to offer solutions and services to dozens of sectors and potentially struggling to do well in any of them, it decided to focus on what it calls “the HEART of Sterling”.

“These are the five sectors that we feel are most critical to the economy,” Abubakar explains. “These are Health, Education, Agriculture, Renewable energy and Transport. We focused all of our capital in ensuring that we become the number one bank in each of these areas.”

Abubakar reiterates that the most important goal for the company is to become a business of impact: a business so central to solving some of the critical challenges in the economy that it becomes the number one partner to key stakeholders in the government and in development finance institutions.

“We want to be the private sector partner for people who are looking to fix social problems,” he says. “We want to be known for finding sustainable and economically viable solutions for solving problems that were previously thought of as only belonging in the realm of charity. I believe that if we do that successfully, we will have long-term viability.”

“We want to be the private sector partner for people who are looking to fix social problems.”

“I’ve found that committing myself to doing something not just for me but for my company, the people I work with and the country I live in, has made it much easier to go through the inevitable difficulties of trying to build something meaningful. I can work in a challenging environment and not be distracted, because I have the big picture in mind that keeps me going when things get tough.”

Abubakar finishes the interview with a reflection on what the big picture of leadership entails. “I know that a lot of people talk about vision and looking into the future, which is important,” he accedes.

“However, what you are going to do with your company and what your company stands for has to be a compelling story. The vision strategy is common, but the problem is how you convert that strategy into something that becomes tangible and intuitive. If you can’t build a company that outworks a set of core values or a company purpose that speaks to something that deeply matters to people, then it is difficult to inspire and lead them. As leaders, we need to think carefully about the stories we tell and how they tie into what matters to the workforce.” 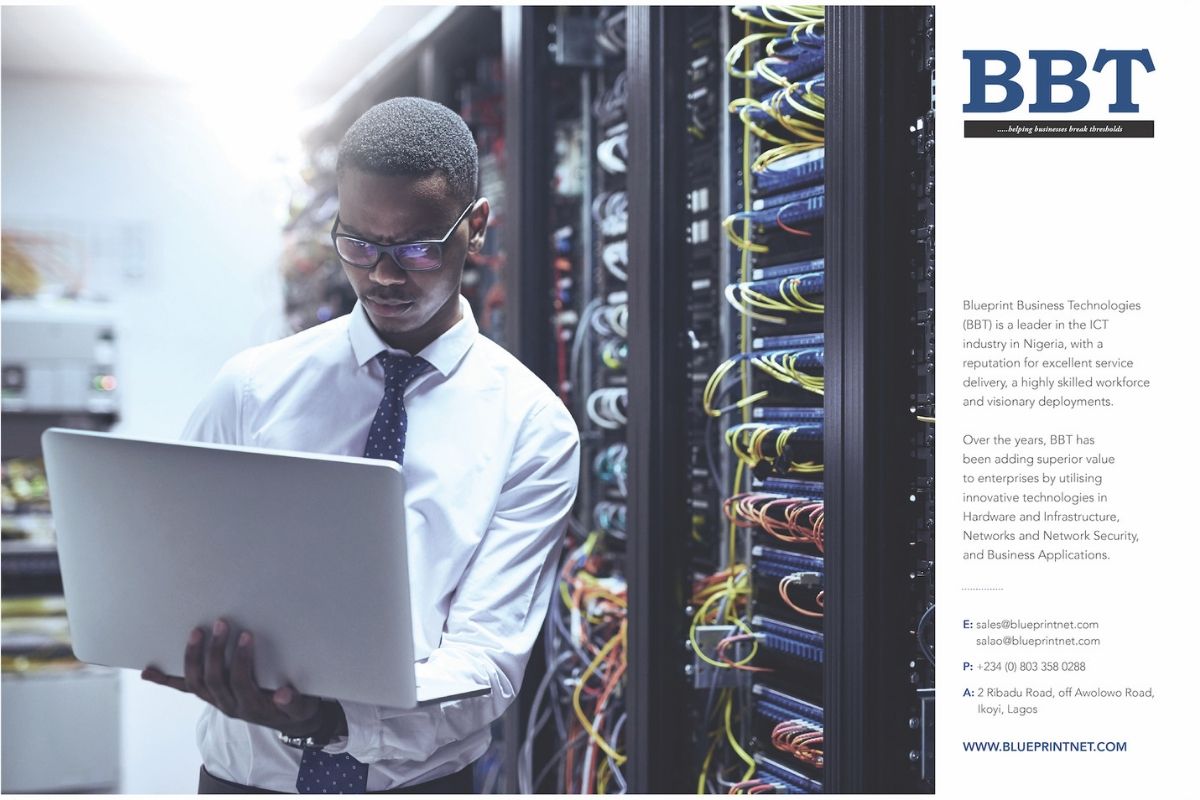 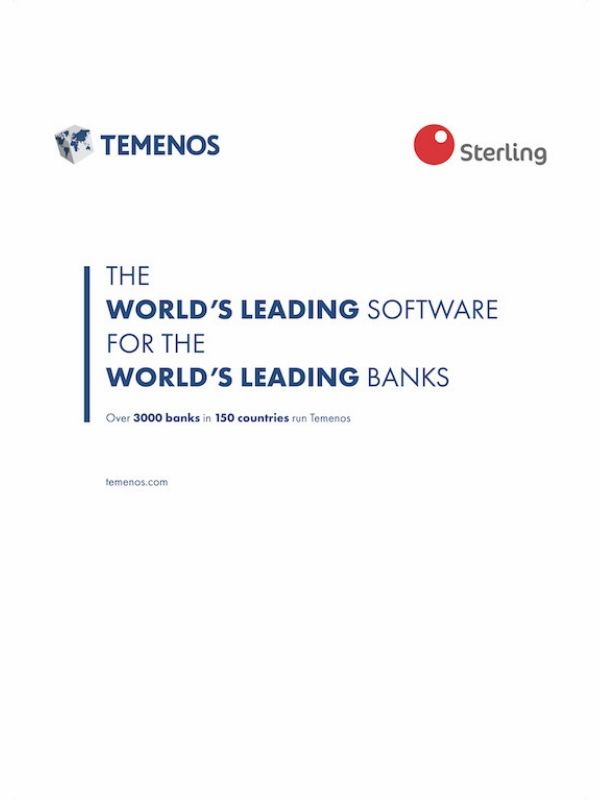