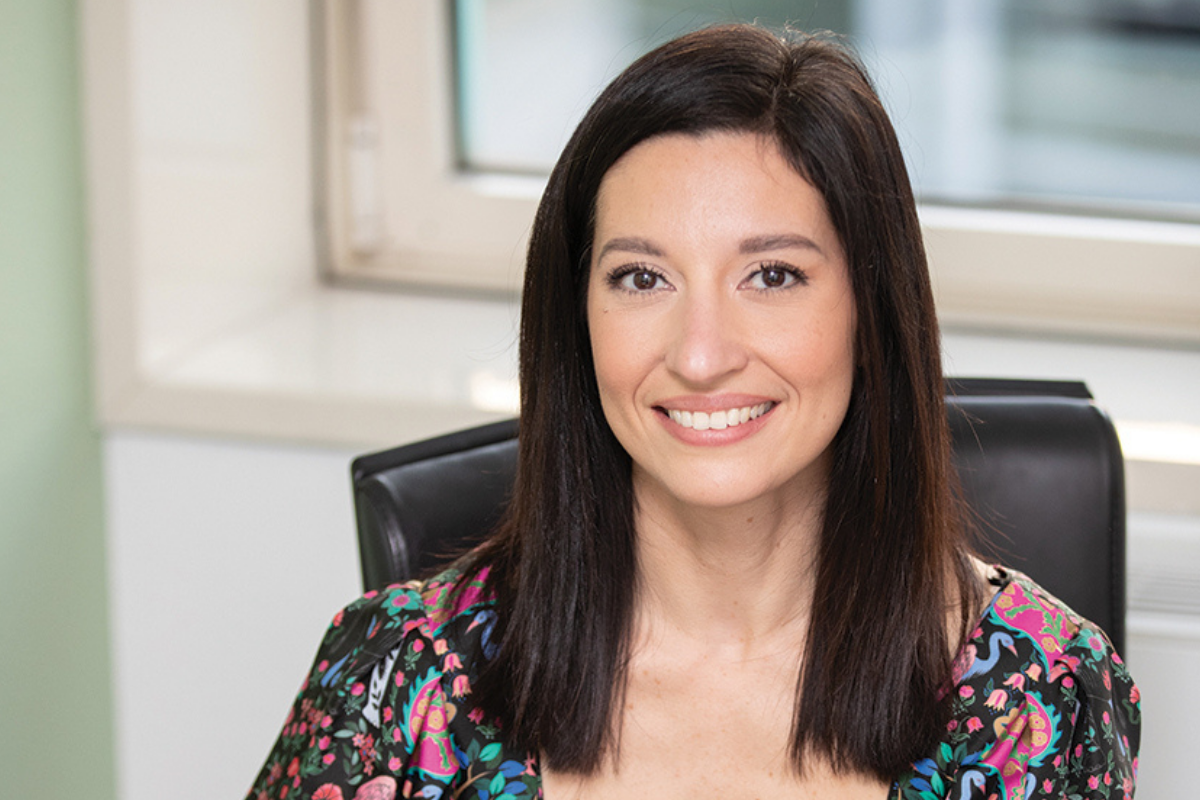 For Cash Angel Co-Founder and CEO Corinne Zigah, 3 June is both the best of days and the worst of days. As a six-year-old in Paris in 1992, it was the date she held close the cold hand of her one-month-old sister who had just lost her short battle with a congenital heart condition.

Same date, same city, but a quarter of a century later, she found herself holding another hand, this time full of warmth, as she prepared to exchange vows with her husbandto-be, finance supremo Xolali Zigah, in 2017.

Growing up in the Parisian suburbs as the child of Portuguese immigrants, money was tight, but her carpenter father and seamstress mother pushed the importance of education. Having lost her only sister, and with two busy older brothers, Corinne describes herself as a quiet child.

“I was more comfortable keeping a low profile, playing alone in my room,” she recalls. Corinne excelled at her studies, choosing Rennes School of Business for her tertiary education, where she graduated with a master’s degree in human resources.

For almost a decade, she craved the recognition and approval that her HR Business Partner roles at Intescia Group and ADP gave her. Marrying Xolali, whom she had met through mutual friends in 2014, marked a turning point in both a professional and personal sense.

“It took me 25 years to decide to love myself, to strongly believe I am worth it, to realise that I had never been alone and to choose to live my own life instead of listening to the naysayers,” Corinne reveals. “I swore to myself that I wouldn’t waste time when I needed to make important decisions.” Already familiar with cryptocurrencies such as Bitcoin, thanks to her relationship with Xolali, the duo decided in the months after the wedding to build upon the education platform he had created through his first website to co-found Cash Angel, an alternate investments business dedicated to portfolio management, education and angel investment. It wasn’t easy at first.

“Xolali is creative. He is a dreamer, a visionary,” Corinne says. “I am more down to earth and organised. Order and excellence are very important to me.” However, with her as CEO and Xolali as Chair, a harmony was soon found.

“We each complement the other.” Three years on and the couple have moved from the French capital to the French Riviera, where they have established company headquarters in Nice. They have also welcomed two daughters into their family.

I swore to myself that I wouldn’t waste time when I needed to make important decisions.

As a C-suite executive, Corinne wears many hats at once, but a positive mindset allows her to navigate the juggle, even if she rarely enjoys a full night’s sleep.

“There is the true story and then there is the story that we tell ourselves,” she says, explaining that it’s the mantra by which she lives. It’s an exciting time for the business, as people turn to alternate investments such as Bitcoin to safeguard against inflation – at the time of writing, Bitcoin had reached an all-time high of more than US$40,000 (€32,900).

Corinne’s principal role as CEO is to build the team and also increase the impact of the business. “We want to build a school program to better educate children about money and how to create and manage wealth,” she explains.

The development of self-sufficient cities is another area of focus. With a personal connection to chronic illness (Xolali was diagnosed with multiple sclerosis in 2016), health is also at the top of their impact efforts.

“Our goal is to be rid of chronic diseases like MS by 2031,” she says. It’s an ambitious target but one in which both Corinne and Xolali want to be actively involved. “It’s not about just giving money, it’s about participating in high-level research and the decision-making.”

Corinne also hopes to inspire those in a similar situation to her through the creation of a community of female entrepreneurs “with strong responsibilities”, as she describes it. “We shouldn’t choose between our family and career. There is no balance to find but decisions to be made to align ourselves with our purpose and our values,” she insists.

“I’m 100% responsible for my life and I make those decisions, no matter how hard they are.”