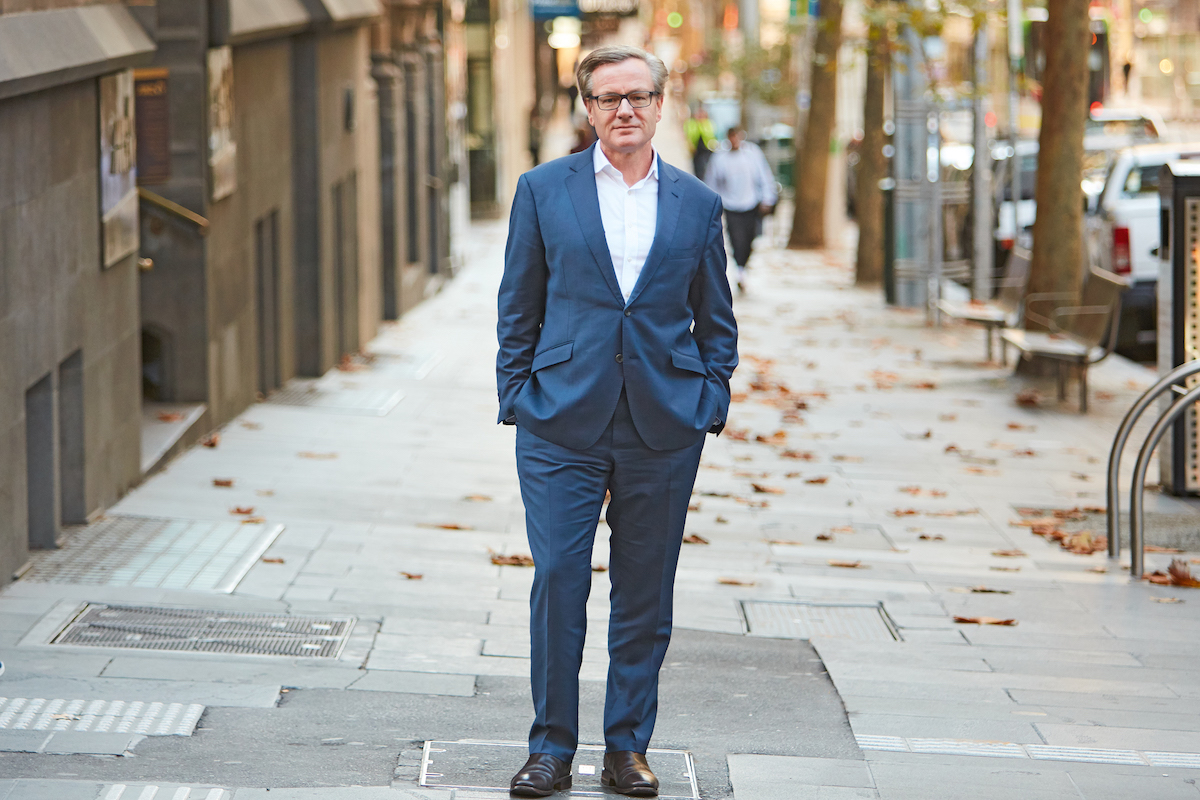 Just as the Australian Defence Force dutifully serves its country, Defence Bank has the privileged and unique position of providing retail banking services to ADF personnel and the wider ecosystem. In fact, it was this uniqueness that attracted CEO David Marshall to Defence Bank when he joined in 2018.

“On my arrival, I recognised this wonderful virtue and it’s an area that we’ve doubled down on,” he says. “We’ve continued to invest in product and services at record levels for that field of membership.” A banking and finance industry veteran with over 30 years’ experience, David – who’s worked in big banks, regional banks and mutual banks – says that although many things have changed in that time, there are some constants.

“Members and customers want to deal with an organisation they trust, that’s reliable, is easy to deal with and can provide what they want, where they want and how they want it,” he says. “We’re always on our toes and looking to what we need to do better every day, and even the current unpredictable environment is, in my view, full of opportunity if we embrace it and adapt.”

“We’re always asking how we can eliminate member effort in their day-to-day banking,” David says. “Members have no appetite to be consumed in lots of paper, having to talk to multiple people about the same issue or opportunity and tell their stories several times.” Instead, members are regularly asked for their insight and feedback.

Many people believe they cannot bank with us, but it’s a myth.

“We use this to benchmark ourselves and improve products and services,” he says. The member-owned banking sector is an outlier in the Australian financial landscape, able to offer a range of opportunities to clients that many of the big players are unable to match. The much closer connection between bank and member allows for greater focus on financial needs over profit for shareholders.

“Unlike the big banks, all of our profits go back into improving products, services and offerings to our members,” David says. “A member is a shareholder at a member-owned bank.” And contrary to popular belief, anyone can be a member of Defence Bank. “Many people believe they cannot bank with us, but it’s a myth,” David says. 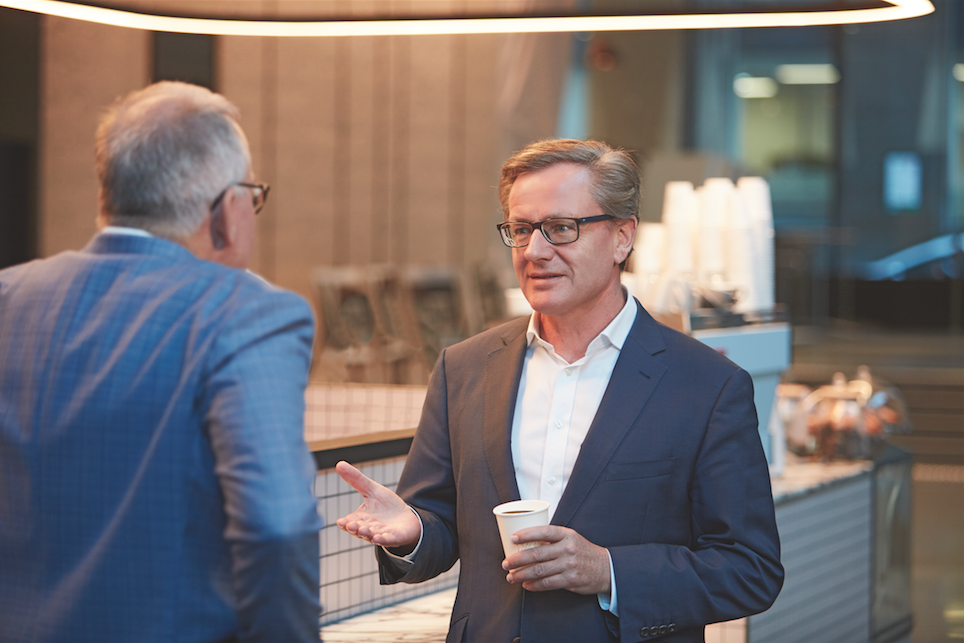 “Anybody can bank with us; we are a full service retail bank with market-leading digital offerings.” This range includes a full-fat array of debit cards, savings and transaction accounts, superannuation and home and personal loans, with assistance on the latter coming from Lenders Mortgage Insurance provider and Defence Bank’s long-time partner Genworth.

“We’ve been partnering with Genworth for more than 20 years,” David says. “They’ve been a great strategic partner of the Bank and this is critical, given many of our members come to us to help finance their first home purchase.”

We’re always asking how we can eliminate member effort in their day-to-day banking.

David’s tenure has seen an expansion of Defence Bank’s investment initiatives. In June 2021, Defence Bank reached A$3 billion in assets on the back of a four-year billion-dollar surge. It was a historic milestone for the bank, which began life in 1975 as Defence Credit Union. To put the latest achievement in perspective, it took Defence Bank 35 years to reach its first billion.

“It’s really pleasing to see Defence Bank ranked among the highest performing mutual banks in Australia,” David says; at the same time, an even greater sense of satisfaction comes from within.

“I can quite genuinely say the most rewarding experience I’ve had has been watching the growth of our people and to see longstanding and new team members alike embracing change and taking on new challenges without fear, growing markedly as a result.” It’s indicative of the people-led, technology enabled strategy embraced by Defence Bank. 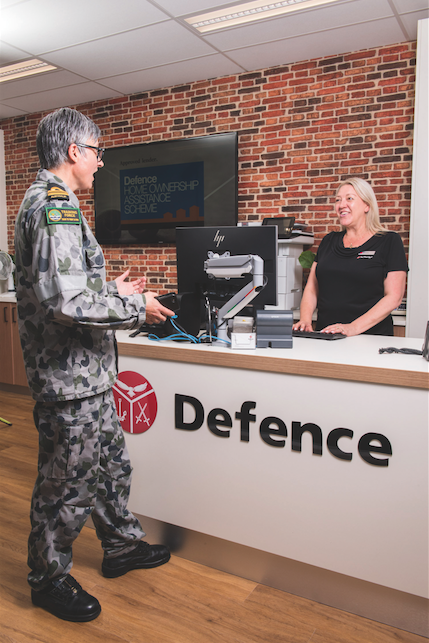 “Rather than embarking on a bulky multi-year IT digital transformation program, we focus on getting better every day,” David says. “This spirit of continuous improvement, which many would see as old fashioned, is the only way to sustainably transform an organisation like ours.” And transformation is at the heart of Defence Bank’s – and David’s – success.

“As a CEO, you don’t have a monopoly on all of the good ideas. The biggest kick I get is seeing the organisation improve every day for our staff and our members.”

“Genworth has been a proud partner of Defence Bank for over 30 years. We work together to drive portfolio performance and product innovation to meet Defence Bank’s strategic objectives and we’re committed to investing in our partnership to ensure exceptional service for its members.” 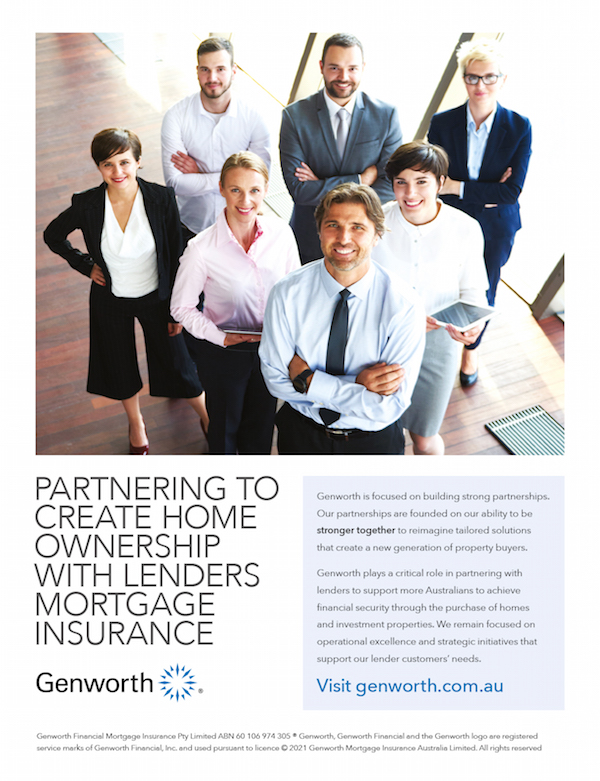