The term debt collector often conjures up a particular image in people’s minds. But the industry is much more nuanced than that.

“It’s all about the communication and listening skills that are developed in our training,” says Collection House Group Managing Director and CEO, Anthony Rivas.

“You have to be an effective listener to help someone get through something. You can’t just say, ‘do this or else’ because people these days don’t subscribe to threats. We want to get people onto a path of financial rehabilitation to help them get back on their feet.”

When Anthony joined Collection House in 2016, he brought more than 25 years of experience in the debt collection industry with him.

Originally from the US, Anthony’s previous roles had him working nationally and internationally – allowing him to gain a deeper insight into handling different work environments. “I’ve seen a lot of the world when it comes to this industry,” he muses.

“It has given me many lessons around the respect for cultures and how things actually happen in different countries. You have to become almost a chameleon in these different environments. The rule of law may be different in different countries for HR reasons or other requirements. Just because we did things one way in the US doesn’t mean that it’s going to work in Australia, Mexico or any other country.”

Collection House provides debt collection services across Australasia, including receivables management, debt purchasing and legal services. Founded in 1994, the company has since grown to employ more than 850 workers.

Anthony previously served as Managing Director of Australian Receivables Limited, a subsidiary of business process outsourcing company EGS. He says the opportunity to join Collection House Group “came out of the blue”, presented to him by a major recruiting firm.

After having conversations with different executives within the business, Anthony decided that it was a great position. It also tied well into his main business purpose archetypes, which he identifies as the ‘liberator’, ‘challenger’ and ‘unifier’.

According to Forbes, liberators aim to reinvent old, broken systems to create more freedom. Challengers want to inspire others to take action, while unifiers encourage individuals to join a movement.

“Those are some of the things that are really high on my list,” Anthony says. “I love speaking to my people about some of the changes.”

“We ensure everything we do is driven by data.”

Further, Anthony believes in the words of motivational speaker Simon Sinek, who said: “People don’t buy what you do or how you do it, they buy why you do it.” Anthony explains: “When it comes to communicating the organisation’s purpose to employees, customers and shareholders, words don’t matter nearly as much as actions do.

“People want to see what you can do. The exciting part was I knew I was going to come in and have an opportunity to rebase the business; to change some mentalities and develop technologies that are going to take us to the next stage of our development. Part of that change was ensuring we had a strong unified executive team, capable of adapting to change. Our executive team offers a great range of diversity and experience in the industry, giving us the edge when it comes to innovation.”

Staying true to his nature, one of Anthony’s main priorities was to change the old dialler and call centre technology Collection House had been using. He introduced software from telecommunications company Interactive Intelligence (later acquired by customer experience company, Genesys).

This was a pilot system that Interactive Intelligence allowed Collection House to use before buying. “That’s something normally unheard of,” Anthony says.

“We gave them the vision of what the platform should be like and that we wanted every agent to have the ability to leverage this type of system for monitoring and workforce management.”

Within the first three months of trialling the pilot technology, Collection House noticed how much it had improved efficiency. From there, the company decided to purchase it.

“It has given us the ability to increase our collections per hour to a point where they’ve never been in the past. That was one of the big wins we had on technology,” Anthony says.

“We now have a dedicated team of data scientists who ensure everything we do is driven by data. We’re learning how we can make things more successful by leveraging that data,” he says. 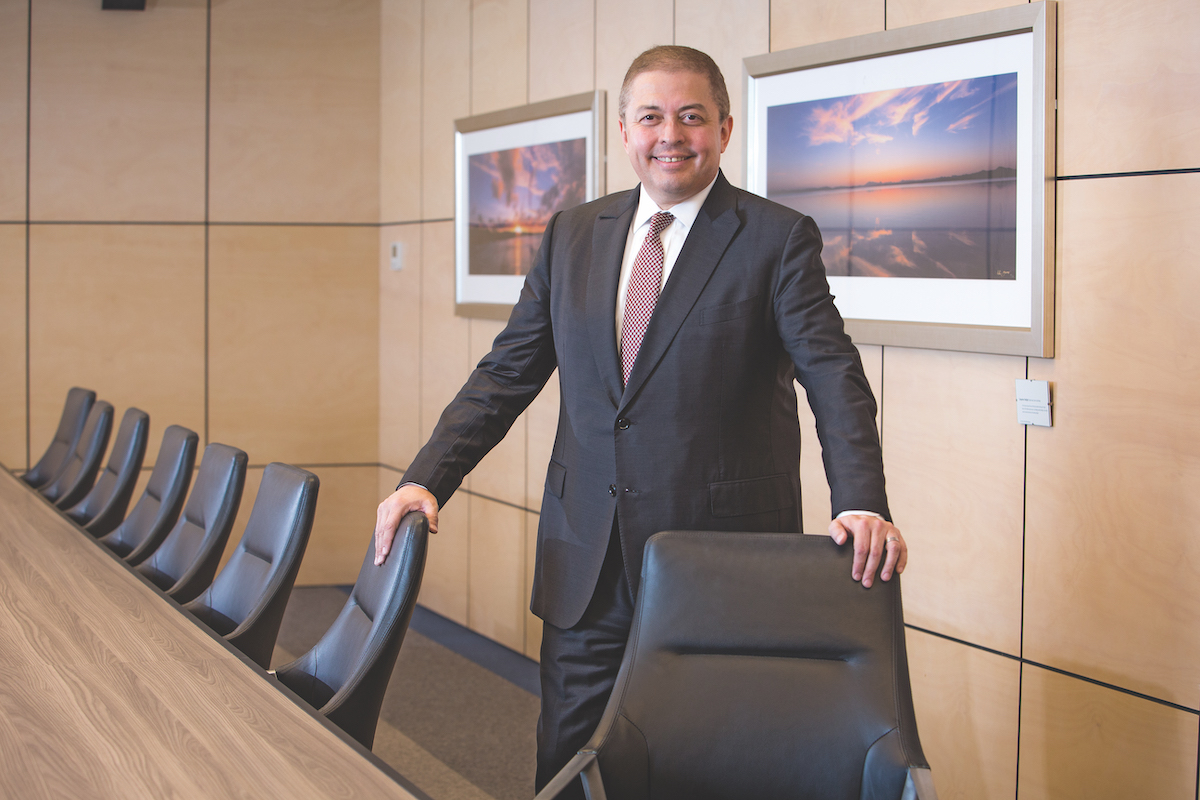 “It can be an indignant process to hear somebody call you about an obligation. My vision was that we should build a means for consumers to pay their debt but also attend to other matters that may be part of the collection process without speaking to an agent.”

This idea began with Anthony gathering his team around a whiteboard. There, he drew ‘stick men’ that he envisioned as part of an online system. These ‘stick men’ were the early versions of the company’s current digital assistants ‘Kash’ and ‘Kara’.

Creating these online portals has proved a boon for the company. Anthony highlights that 7% of the firm’s total revenue is through finances from the online portal.

Not only can customers make payments through the system, they can also lodge disputes. This works particularly well for customers who might be afraid of calling the company directly.

“We give the customer an opportunity to see their collection letter, which illustrates exactly who and how much they owe and gives them details around the actual obligation,” Anthony explains. He adds that the letter resolved questions customers had when they were sent a bill.

“Sometimes I would not be able to get a customer on the phone for six months because they never answered. And then when they do answer the phone they say, ‘I never got the letter.’ This gives them an opportunity to see it.”

Upon receiving the letter, customers can tell Collection House exactly how much they dispute, why they dispute it and upload relevant documents as evidence. Once they acknowledge their debt, they can also find ways to solve it through payment arrangements.

“We don’t try and force the customer to do something they don’t feel they can afford to,” Anthony says. “When that customer hits the number acceptable to them, whatever that may be, it’s actually befitting for us.”

Having these online portals has helped the company retain what Anthony calls its ‘stickiness’ to arrangements. He says that in 2012, the average time it would take to settle an arrangement was around 12 years. Now, that is down to approximately five years.

“The portals are as good or better than human effort when it comes to those arrangements. Why? Because the individual is doing it on their own. They’re thinking through the process – in some cases they visit our portal two or three times to ascertain what they want to do. When they go in there, the stickiness of those arrangements is much higher and we’re very happy and excited about that.”

While around 40% of customers prefer to use the portal system, they still have the option of talking to a human. “It’s a give-and-take approach,” Anthony says. “We know that it’s important for the folks that are actually making phone calls to make those calls.” 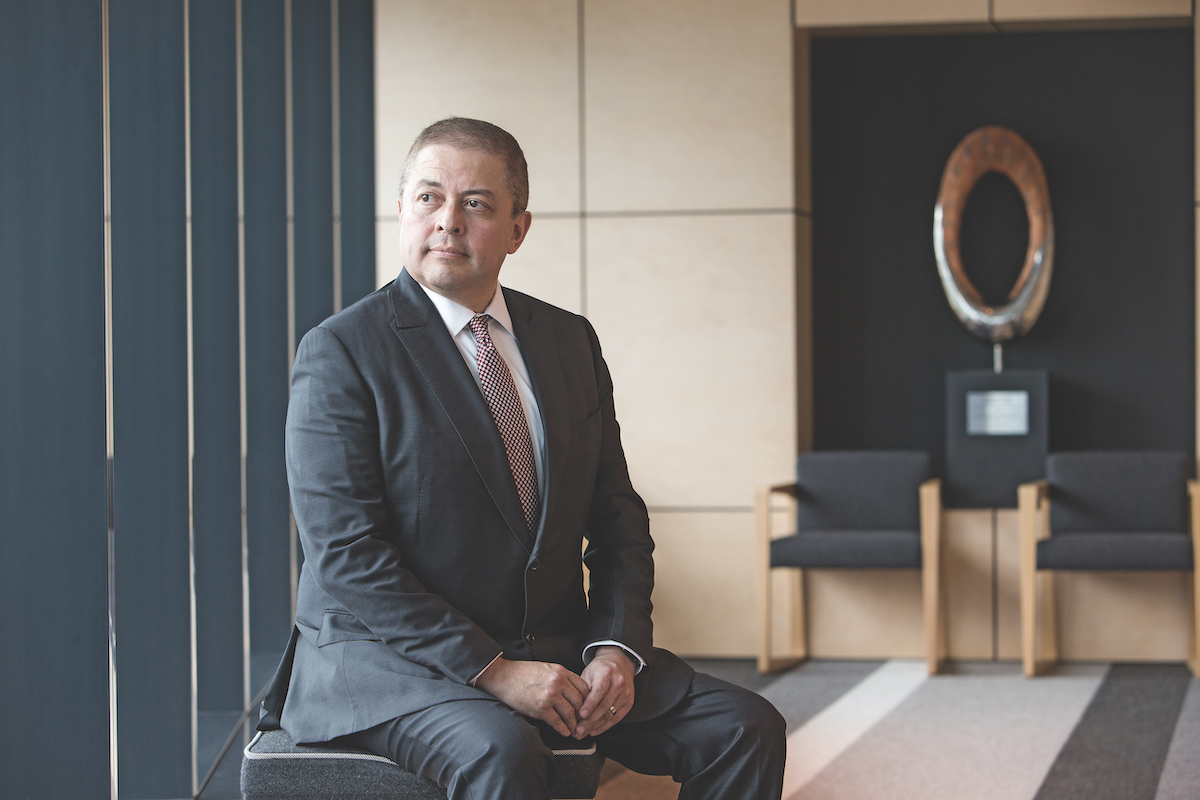 “A major factor in our success has been the ongoing support from our shareholders and guidance from our Board.” While the company has reaped a lot of success from these changes, Anthony acknowledges that implementing new technology doesn’t always create immediate results.

“You’ve got to compare it with the old Henry Ford notion around horses. Everyone was riding horses at one time which was the basic means of transportation. When Ford started putting out vehicles, people didn’t just jump onto the idea overnight. Some things take time to evolve; developing a portal and knowing that it’s optimal is not going to happen overnight.”

However, Anthony warns that delaying new technology can also be a mistake. He paraphrases a quote from LinkedIn Co-Founder Reid Hoffman who highlighted that if you hold onto an innovation and don’t release it, you might have waited too long. “You may not be finished with the innovation, but you may want to get it out there and start working with it.”

Anthony’s next frontier is to use artificial intelligence. The company has been working with New Zealand-based AI system developer Soul Machines for its latest project. “We should have a pilot model that will work internally that uses AI to communicate with consumers in the future,” Anthony says.

“We will have Kash as a virtual human that helps customers take care of their obligation using whatever suite they need to get there. That’s a long-term play.”

Having been with the business for three years now, Anthony is proud of how much positive change has been made.

He recalls that when he first started, the question he often received was, ‘how many agents are you going to need to work these accounts?’ Now, the conversation is around ‘how much more efficiency can you get from your technology?’ “Changing the conversation has been one of the big things,” he says.

“As I worked with people here and saw their dedication, it gave me a new level of confidence that we were on the right track.”

“It has not been easy, but it’s been driven by the passion and focus of the people who work with me. The challenge is to inspire those people to do the actions that transform the way we do business. To get that portal to start producing revenue, there has to be a lot of work and learning involved. Our focus on innovation has been a driving force in the progression of our younger staff into more senior roles. Through these projects, we see our younger staff step into the spotlight. As I worked with people here and saw their dedication, it gave me a new level of confidence that we were on the right track.”

As the business continues into the future, Anthony wants to ensure that it sticks to what it says it’s going to do: under promising and over delivering.

“No kid ever comes to their parents and says, ‘When I grow up, I want to be a debt collector!’ But it’s a fact that we chose this vocation, so we have to be sincere about it.” 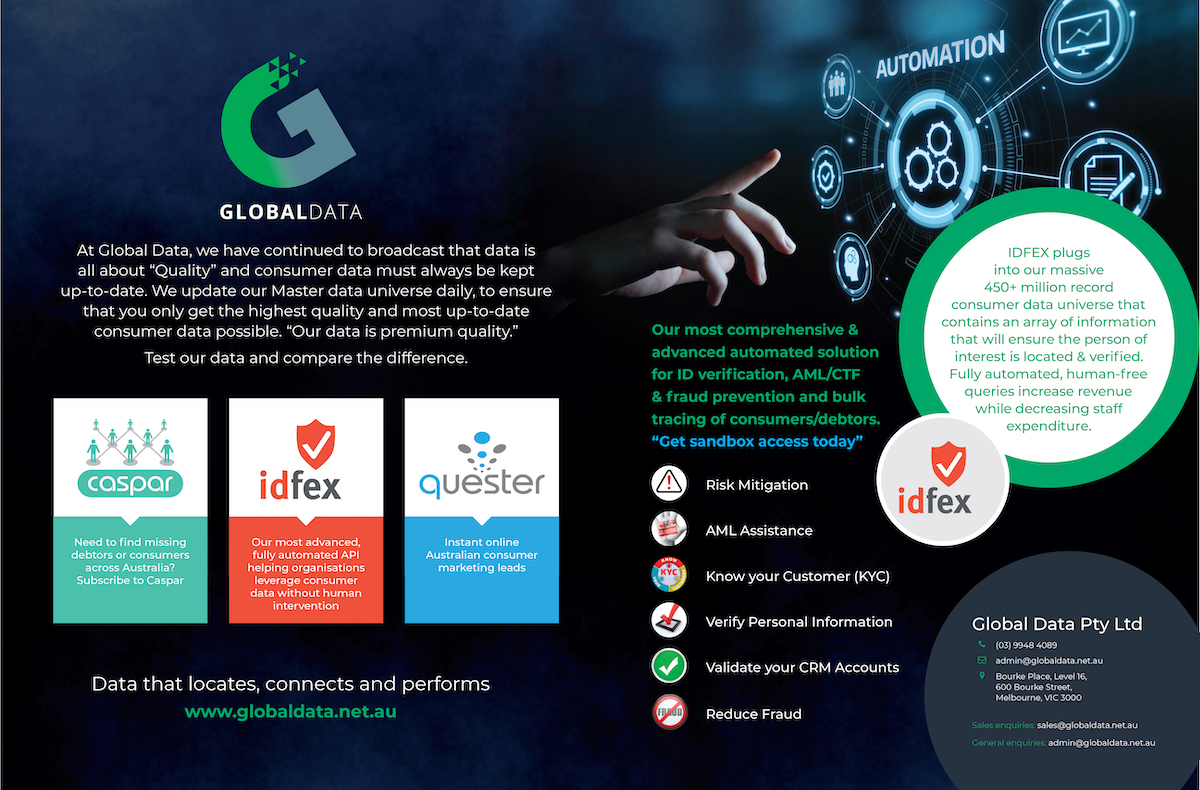 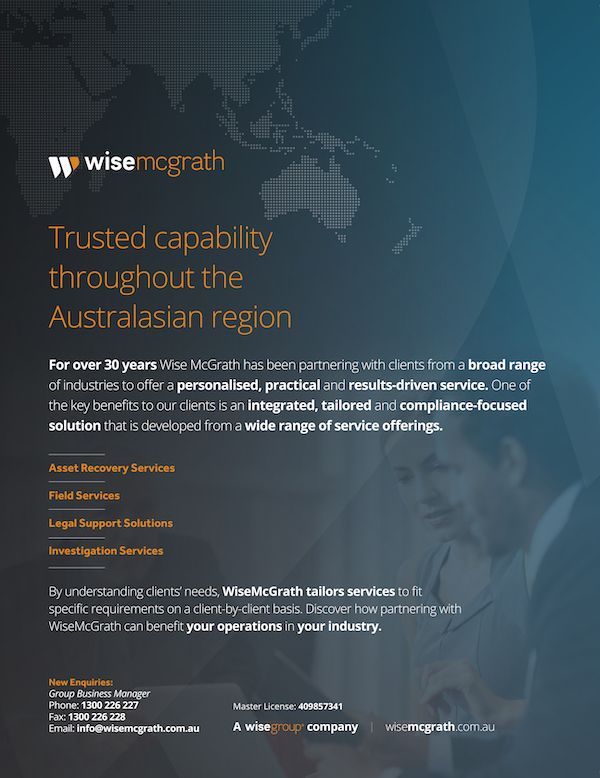