Giorgio Pradelli has been in banking for 30 years, but has only ever worked at two companies. The first was Deutsche Bank, where he spent 12 years, and the second was the private banking group EFG International, where he joined in 2003 and has served as CEO for the past three years. 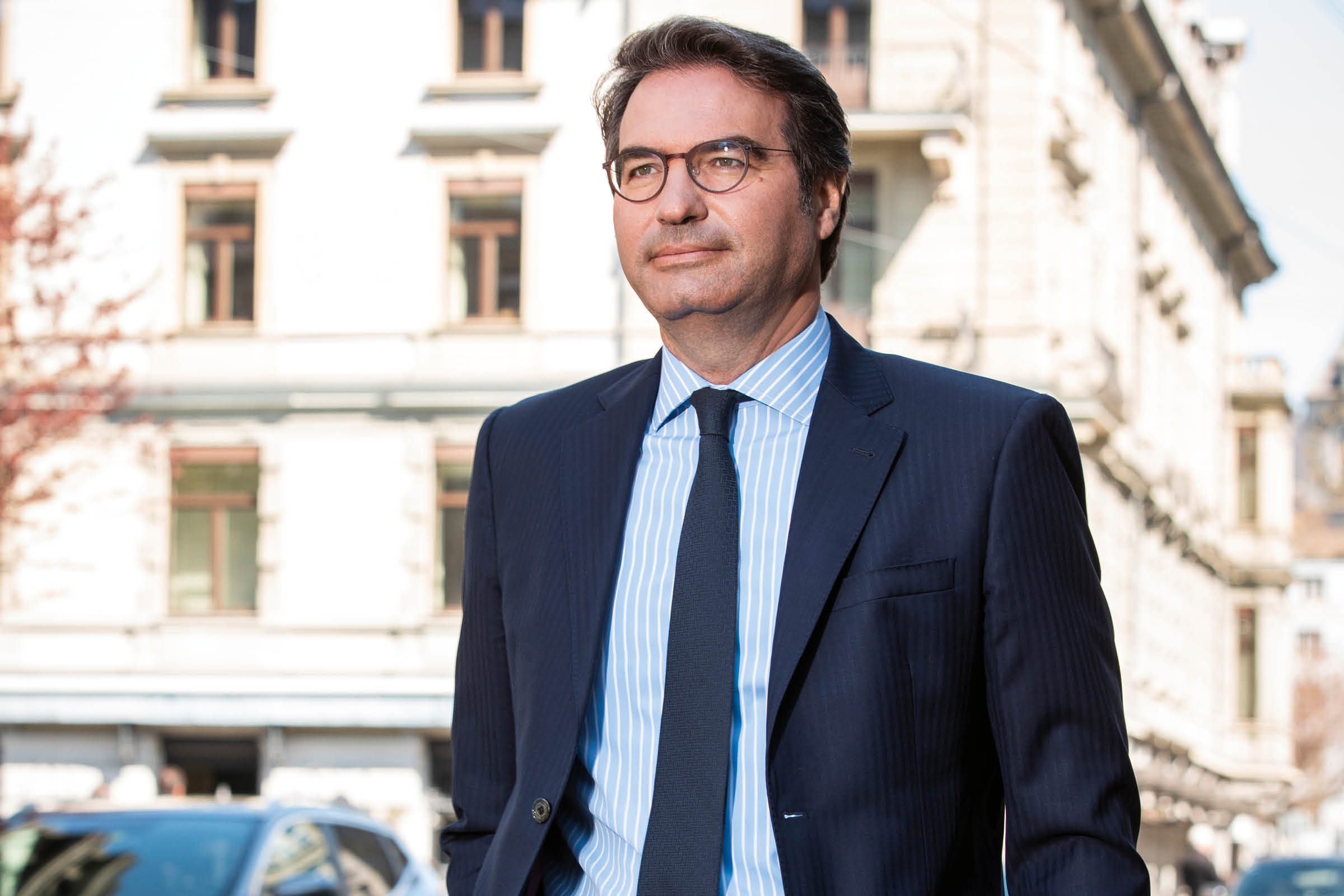 “If you’d asked me in summer 1998 if I would end up in Switzerland working for EFG, I would not have expected that,” he admits. “I was at Deutsche Bank in Frankfurt and very happy.”.

Giorgio made the move to EFG after his first employer helped a client buy a 10% stake in an earlier iteration of the company called EFG Eurobank. Drawn to the startup’s entrepreneurial spirit, he saw an opportunity to be part of an exciting growth story. “This entrepreneurial DNA was what attracted me to EFG,” he confirms.

At that time, the group had three small private banks. One was located in Switzerland, one was in London and another in Monaco, and they were separate and independent. The vision at the time was to create a holding company and float it on the stock market. Two years after Giorgio joined, in October 2005, the company was publicly listed as EFG International.

“When we did the listing, we had less than CHF40 billion (€36.5 billion) in assets under management,” Giorgio recalls. “We have more than quadrupled that today. It has been a very good ride so hopefully this is just the beginning.”

EFG focuses mainly on private clients, many of whom are entrepreneurs and high-net-worth individuals. “This is our core business, this is what we do,” he explains. This is one reason the firm has such a strong focus on client relationships.

Expertise, knowledge and competent skills remain fundamental. But if you do not combine these with soft skills like compassion and empathy, then in the end, an organisation doesn’t go to the next level.

EFG believes it is key to let clients choose their CRO and decide which kinds of products and services they want. This is unlike other institutions that impose a view upon the client of what is best.

“We believe that at the end of the day, the CROs are the best people in the bank to decide which clients to serve,” Giorgio points out. “Many banks segment their clients by asset size or separate geographical markets, and many banks believe in the rotation of bankers every few years in order to change the relationship.

“We believe that all these elements are actually a hindrance for the key relationship, which is the one between the client and the CROs.”

Giorgio points out that another distinguishing feature of EFG is its commitment to being global while maintaining local expertise. “We have experienced specialists and management teams at each one of our international locations, who have deep knowledge of the local markets and know-how to make the most of their expertise at a local level,” he reveals. 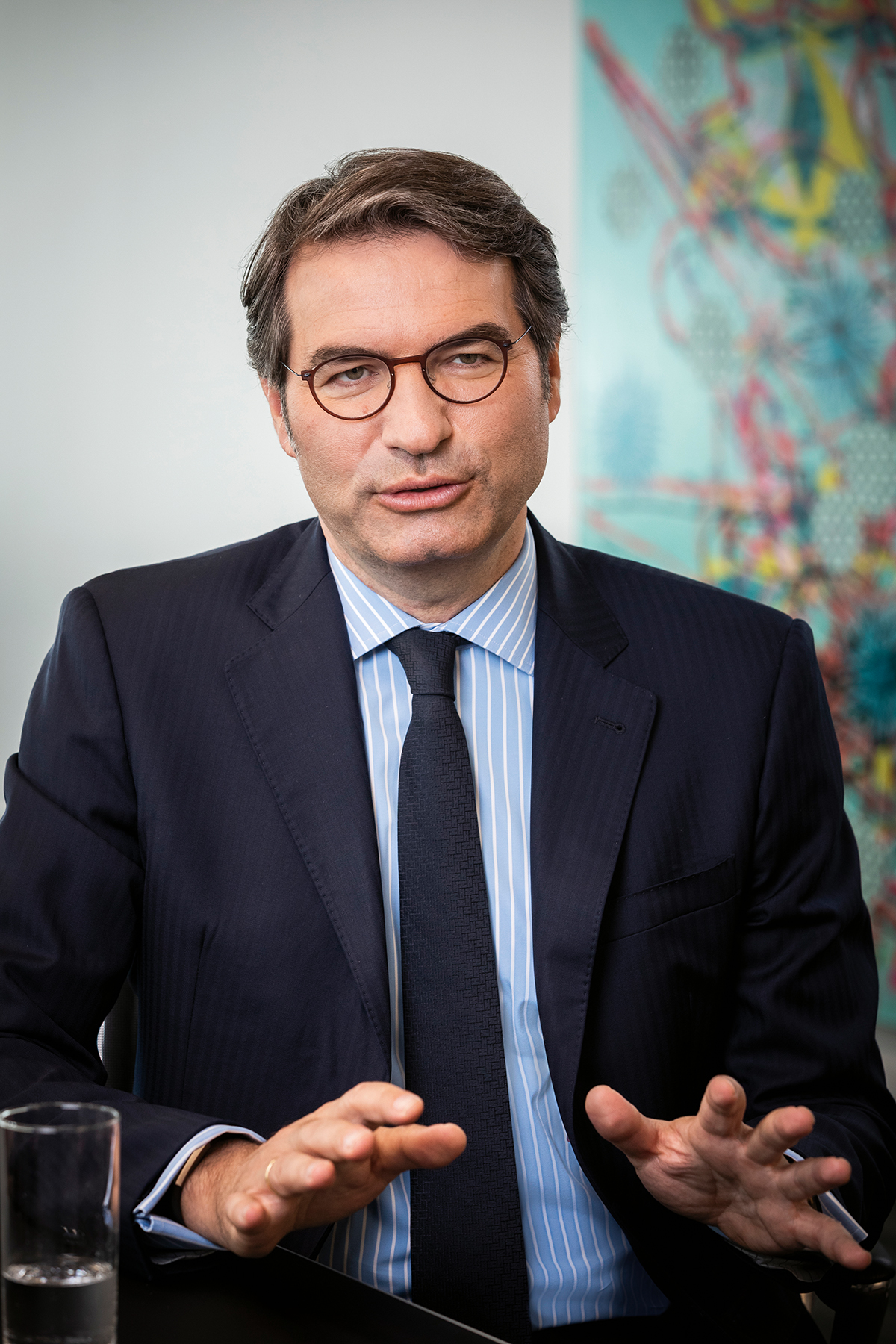 As a leader, Giorgio has always seen the value of hard skills, and he once regarded them as being needed for about 90% of the job. But as he took on more general management roles, especially after becoming CEO, he changed his outlook to place a greater emphasis on soft skills.

“What I thought before was absolutely true – expertise, knowledge and competent skills remain fundamental,” he says. “But if you do not combine these with soft skills like compassion and empathy, then in the end, an organisation doesn’t go to the next level. Today, I probably focus on these in my day to day more than 50% of the time.”

As EFG looks to a future in banking that will be evermore intertwined with technology, it is also keenly aware that the nature of the client base it serves is changing. Giorgio is always preparing the business to adjust to a new generation of sophisticated, internationally mobile, financially literate and tech-savvy clients.

“The next generation will be fascinating to observe,” he says. “We believe we are ready, but you can never prepare enough.” 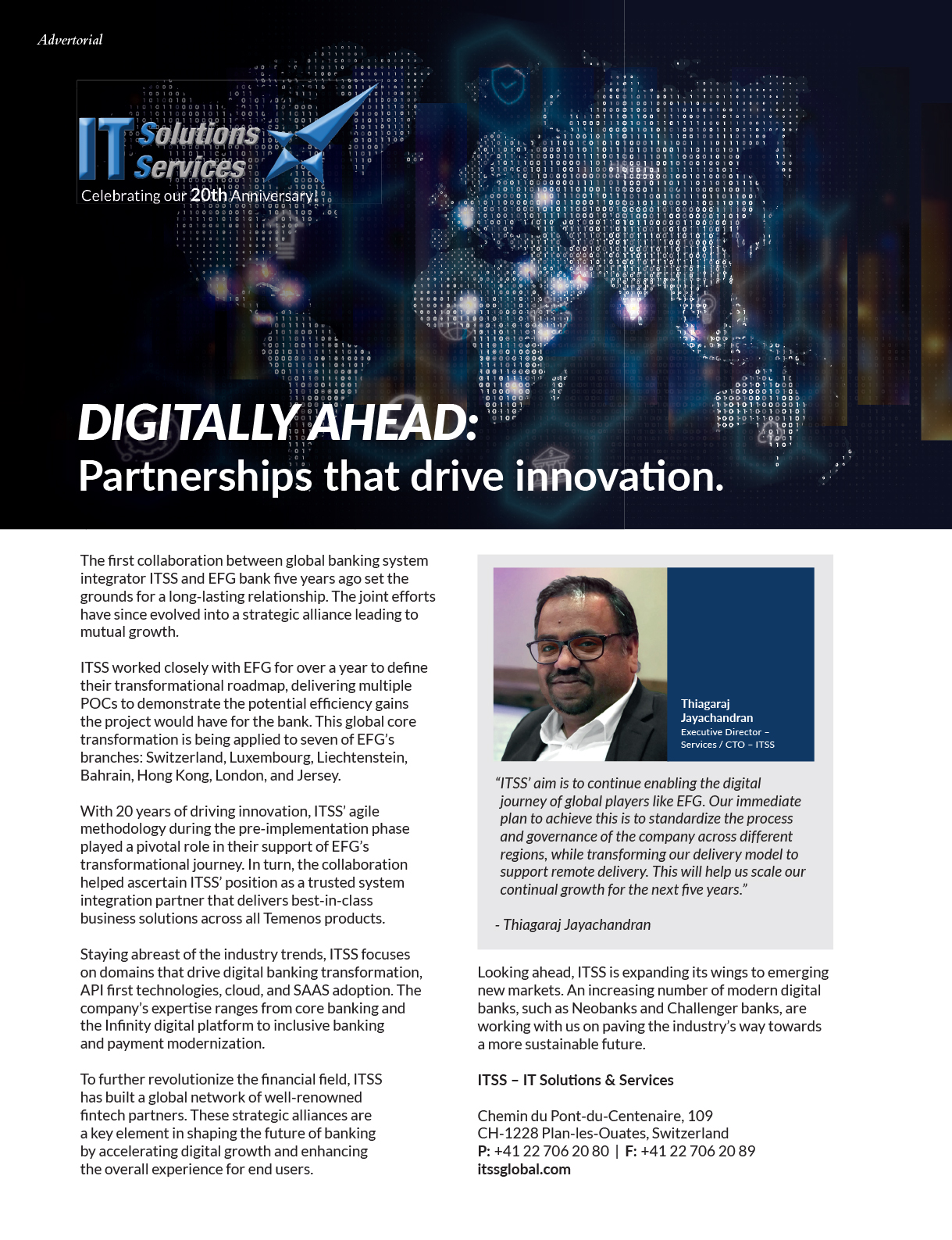