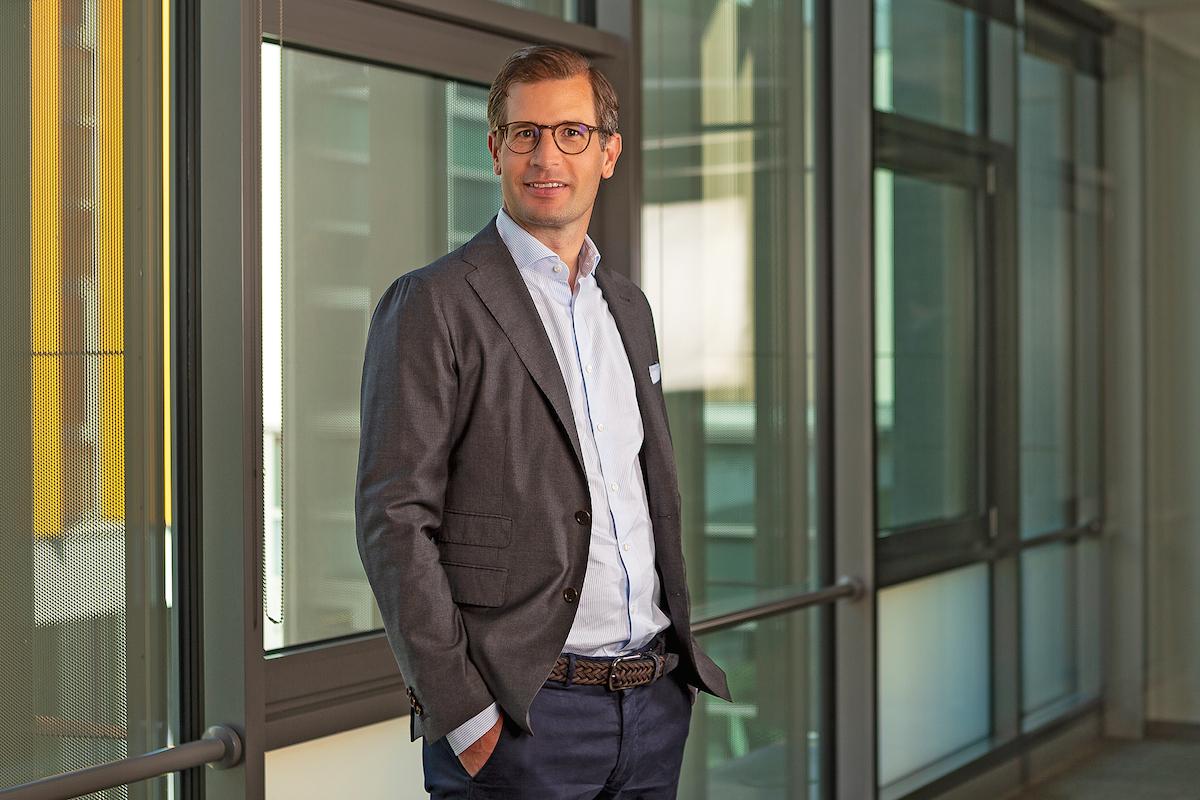 From joining as CFO almost four years ago to taking the company’s helm as CEO almost 18 months ago, Johan Åkerblom’s focus for Citadele Bank hasn’t wavered. “My mindset was that I started to build the bank that I wanted to see in three to five years’ time,” he says. “As CFO I was working very closely with the CEO.

We had an aligned view. The agenda didn’t really change after he left, we’ve just been able to accelerate it a bit. “The past few years have been about inventing a new bank. We’ve changed the business model completely and we have also re-engineered, stopped or created new processes in all areas of the bank. The products that exist today didn’t exist five years ago. It’s a completely new product set.”

Having done much of the hard work, the next five years are about a focus on growth and a desire to be the best service provider in the Baltic states. To achieve these goals, Citadele has devised a three-pronged strategy.

“First, the platform needs to be a very competitive universal bank, which has the features, services and products that puts us on parity or slightly better than the competition,” Johan explains.

“Second, we’re building a digital-only proposition. We think that the combination of offering a traditional universal bank with digital features and having a purely digital offering with a different commercial price tag is going to be very attractive. “Third, we are entering fintech projects.”

So far, this has included the rollout of Klix, the Baltics’ first buy-now-paylater solution, and Mobilly, a digital payment app designed for transport needs. Combined with those exciting developments is an almost old-fashioned banking desire to really talk to its customers. “I want us to touch every customer at least once a year,” Johan shares.

We still have a very ambitious agenda, but now the machine is running. We have the proper gearbox and we have fixed the tyres, so now it’s all about driving, which is the easy part.

“I want them to be personally approached. Not a sales call but more a courtesy call. I think that a lot of banks today don’t communicate with their customers. So one of the KPIs for my head of retail is to make sure that every one of our 400,000 customers is touched at least once every year.”

It sounds an onerous task but expect Citadele to get it done; Johan’s mantra has become ‘deliver on promises’. “For me, an important business lesson has been that if you make sure to deliver what you promise, and you deliver it on time to the expected quality and with a good attitude, it takes you very far,” he says.

“A lot of people over-promise and under-deliver, which doesn’t create trust” Johan also relishes a challenge and joining Citadele has certainly provided that. While things are going well now, the onset of COVID-19 meant a deal vital for the company’s growth almost didn’t happen.

“In 2019, we bought a leasing company in the Baltics; it was a big acquisition. Then COVID arrived and there was suddenly lots of uncertainty around whether it was a good or bad decision,” he recalls.

“When you’re at the start of a pandemic, you just don’t know where the world is heading. If the world goes bad, the acquisition is going to make our situation even worse. If the pandemic subsides and things go back to normal, then of course we still want to do the acquisition. We were intensely scrutinised by the board about how we would manage it. In the end it turned out extremely well, but it was tough.”

Now it’s absolutely all systems go. “We still have a very ambitious agenda, but now the machine is running,” he says. “We have the proper gearbox and we have fixed the tyres, so now it’s all about driving, which is the easy part.” Besides all of these aggressive strategies and big business deals, there has also been a strong focus on what Johan calls ‘the soft facts’. 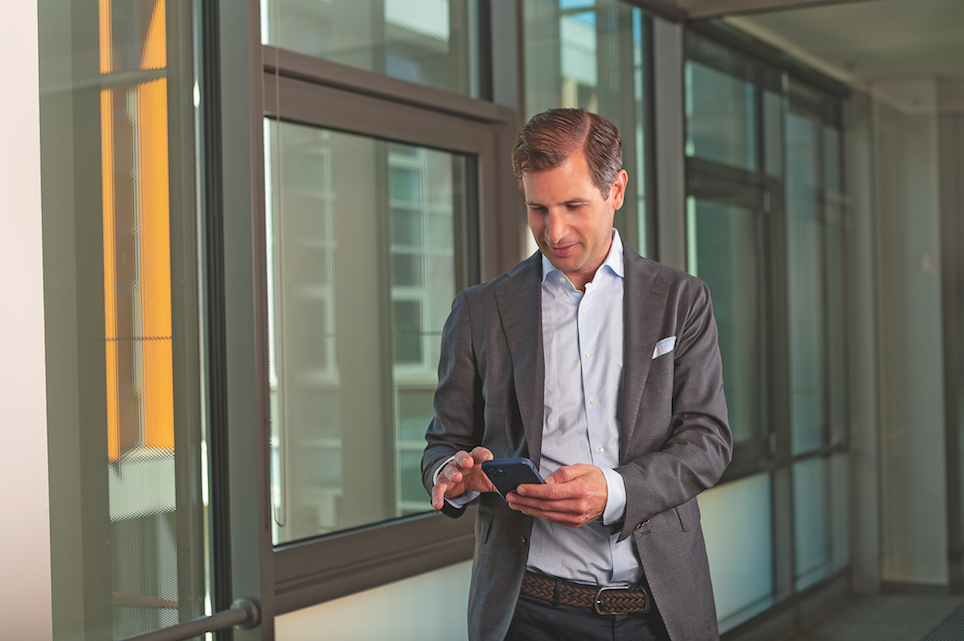 “We spend a lot of time engaging with the whole organisation when it comes to cultural issues,” he says. “We’re trying to build a culture from within; our workshops are led purely by internal people who have a passion for changing the way we behave.” It’s something Johan believes has become even more crucial as people increasingly work from home where they can’t pick up the office culture by osmosis.

“It’s even more important to have an identity for the company now than before,” he stresses. That identity also extends to how Citadele works with its partners. It has a very strong relationship with Visa, for instance, in which they work closely on some of its fintech products.

“With Visa, we’ve had a really good collaboration,” Johan reveals. “We have also now signed a new long-term contract, so we’ll remain as partners for a long, long time.”

Other partners locally in the Baltics and also outside the region include correspondent banks, strategic advisers, IT collaborators, auditors and regulators. He points to all of them as being crucial. There is no doubt that it has been a huge four years for Johan, and he has clearly learned a lot. He sums it up very simply though.

“You need to have a good team that you can trust and that trusts you. You need to be super flexible, and you need to prepare for the worst and hope for the best.” Having tackled the worst, it looks like Citadele is more than ready to experience the best. 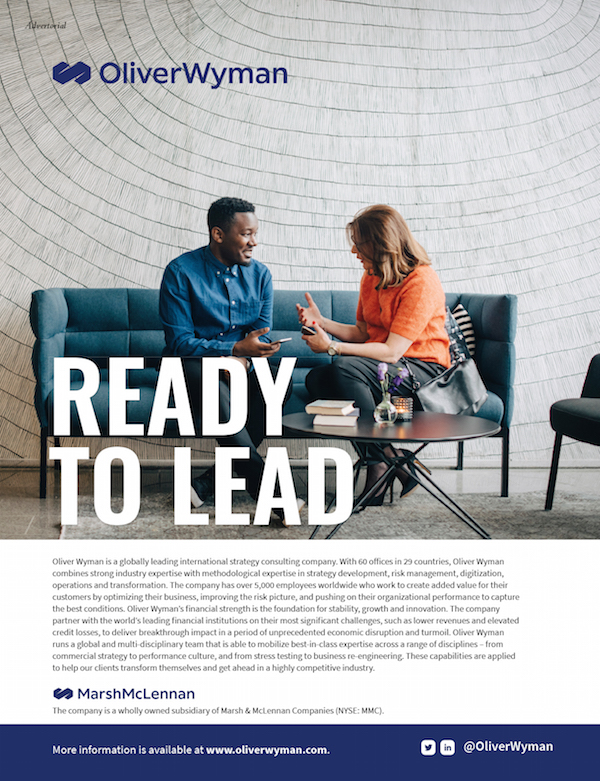