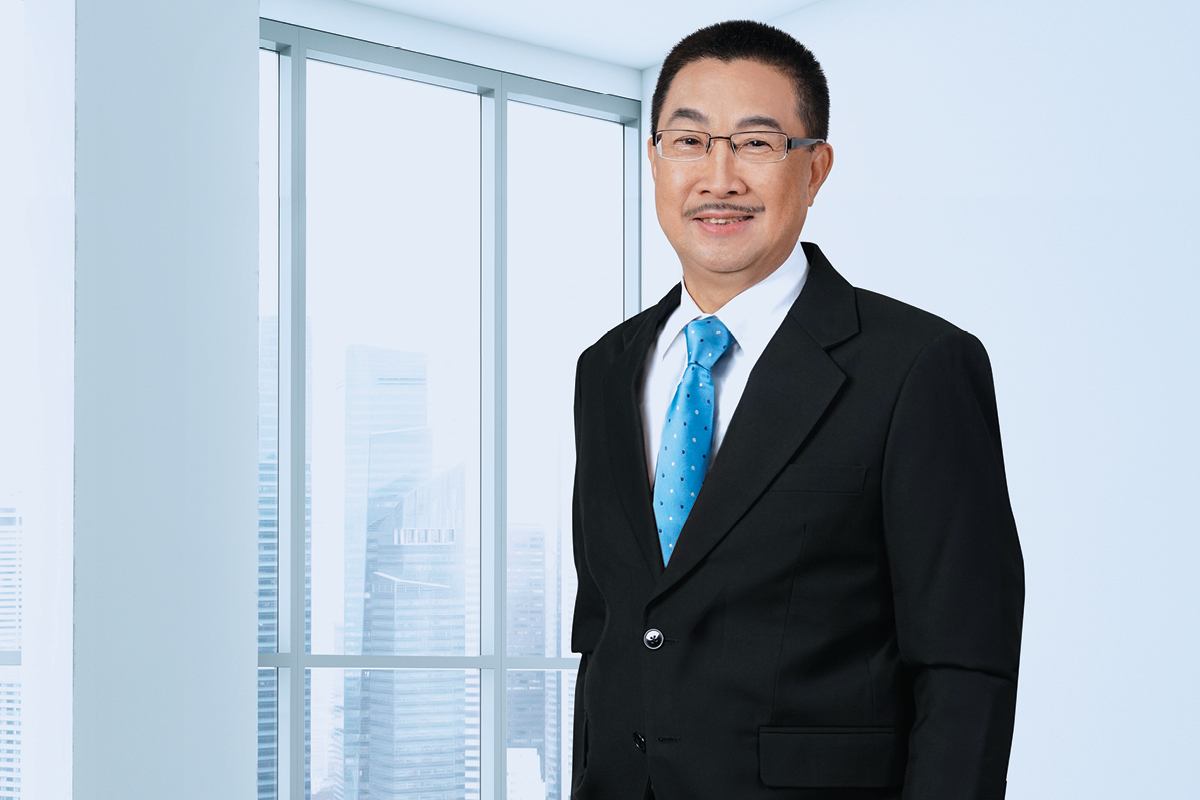 Jovencio Hernandez’s foray into banking is something he likes to call a “happy accident”. Fresh out of university, the Filipino started his career in fast-moving consumer goods (FMCG) companies, starting with a five-year stint in marketing at Unilever Philippines. 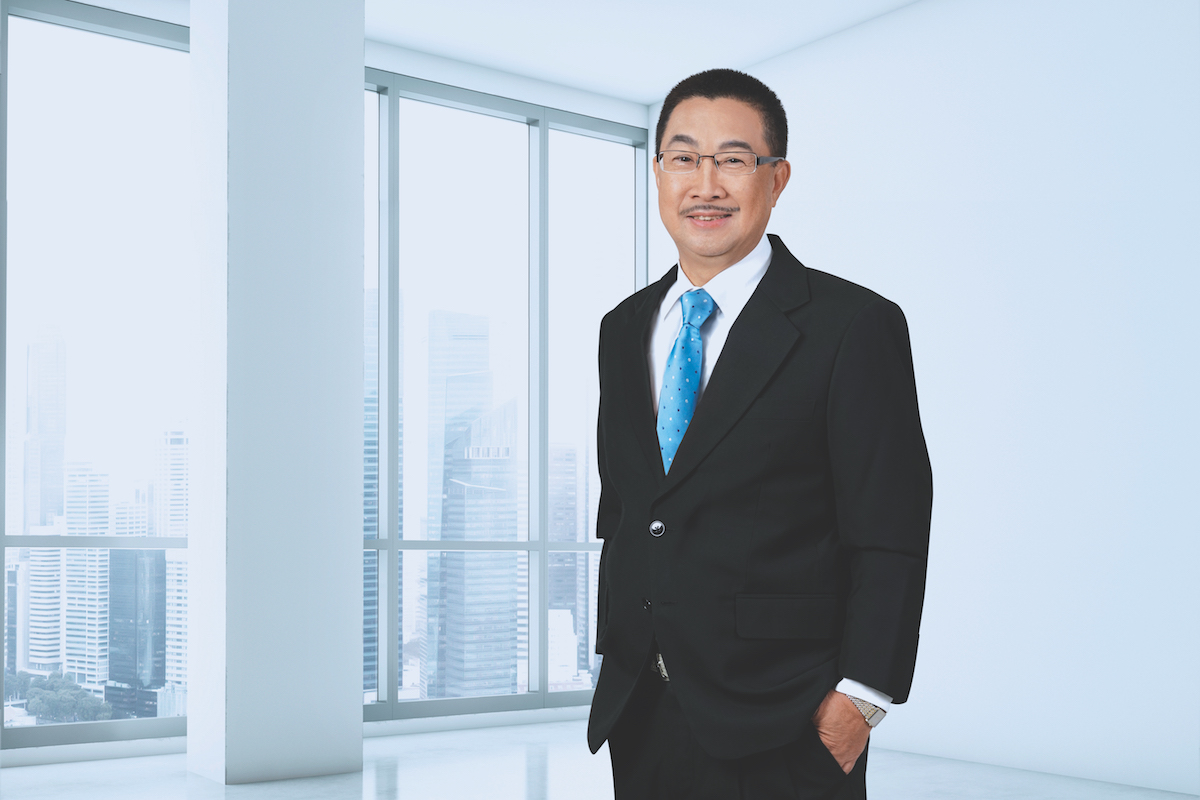 “I was then hired by a local conglomerate named CFC Corporation, which was at the time fighting Nestlé’s Nescafé to promote their two coffee brands, Great Taste and Blend 45,” Jovencio explains.

Over the next two years, Jovencio fought hard to wrestle the market leadership from Nestlé, before moving to FMCG competitor, Colgate Palmolive. There, he worked in departments ranging from marketing to product management, before becoming commercial director in charge of supply chain.

“I fell into the banking industry by chance in 1991, when Citibank Philippines decided to experiment in hiring non-bankers in their senior management. I was one of the three experiments and I like to think they were pleased with their investment,” he laughs.

“From Citibank, I had an opportunity to work with local banks including Union Bank and Security Bank, before coming to Philippine National Bank (PNB) in 2006.”

In October of 2015, Jovencio became President of PNB’s consumer arm, PNB Savings Bank – a subsidiary that carries with it the stability, expertise and capabilities of its 103-year-old parent bank.

A strategist at heart, Jovencio immediately set about building a five-year plan to ensure the bank’s future success. “The results speak for themselves. First, we decided that we wanted to be number five across a range of industry categories and we wanted to get our net income to at least PHP1 billion by 2020,” he explains.

“As of the second quarter of 2018, we are now sixth largest in terms of our assets, deposits and loans, and we’re number four in terms of capital – and we show no signs of slowing down. Between 2015–18, our assets grew by a compound annual growth rate (CAGR) of 42% to reach PHP59.4 billion.

Our total deposits reached PHP44.4 billion in 2018, which is 19% higher than that previous year, while our total loan portfolio continues to demonstrate strong impetus, registering a 20% growth to reach PHP52.2 billion.”

Headquartered at the Allied Bank Center in Makati, PNB Savings Bank has more than 700 officers and 45 branches across Metro Manila, Southern Luzon and Northern Luzon. Jovencio aims to employ as many local residents as possible to ensure optimum rapport with the communities he serves.

Playing by the rules Jovencio is quick to note the increasingly stringent banking landscape in the Philippines. “Local regulations regarding data privacy and compliance have become very restrictive and expensive. Also, unlike other countries with large consolidated banks, the Philippines is home to no less than 50 commercial banks and 65 street banks, so it’s an extremely competitive marketplace,” he insists.

The Philippines is home to no less than 50 commercial banks and 65 street banks, so it’s an extremely competitive marketplace.”

According to Jovencio, the biggest opportunity for the banking industry is the journey towards digitisation. PNB Savings Bank is constantly transforming its products and services and embracing digital innovations to provide a better customer experience.

“Digital solutions will help us become an efficient low-cost provider. Fortunately, regulators in the Philippines have introduced new regulations to allow us to expand our physical presence through third parties, which we call agency banking. This is done in partnership with non-banking operators like pawn shops, grocery stores or 7-Elevens – so we’re tapping the untapped market.”

According to Jovencio, over half of the Philippines population – or roughly 60 million people – are considered poor. “However, they still drink coffee and they continue to smoke, wash themselves and their clothes. There is a massive opportunity for multinational companies that can learn to make money off these affordable, associate products,” he explains.

“The same goes for banking – we need to figure out how to come up with associate financial products this population can afford, because it’s a huge market and they have more buying power than we realise.” “I believe PNB Savings Bank has a strong understanding of this market because everything we do is inspired by our customers’ needs and wants; we adapt to their experiences and adjust to their lifestyle,” Jovencio explains.

Everything we do is inspired by our customers’ needs and wants; we adapt to their experiences and adjust to their lifestyle.”

“For example, for a long time, banks thought that the way to secure a loan was to offer a lower rate. I disagreed – I believed that cashflow affordability was more important than the rate and so in 2016, I introduced two new concepts into the consumer finance market.”

“In housing, I introduced step-up amortisation because the house appreciates over time. As the buyer moves through their life, they’ll likely be promoted or receive greater cash flow, so we judge amortisation off that,” Jovencio notes.

“On the other hand, a car is a depreciating asset so we use step-down amortisation. Someone might come to us wanting a car loan so they can buy a Toyota Camry. What they really want is a BMW, but they can’t afford it with the banks’ traditional four- to five-year lending period.

So, I decided to introduce a seven-year motor vehicle loan so our customers can purchase the car of their dreams. It’s innovations like these that truly set PNB Savings Bank apart.”

A guiding hand in such a competitive “merry-go-round” market, Jovencio says the only way to achieve anything is to set a clear vision. “My career has shaped me into a strategist and a visionary. The secret is, I know the big picture but I give it to my team in small bites so they’re able to learn and execute well, and I think that’s one of the reasons behind for success,” he explains.

“These targets may seem daunting and difficult at first, but when the team makes progress and realises that these targets are achievable, they’re motivated and excited to work even harder.”

Jovencio prescribes what he likes to call “loose leadership”. “I am extremely detail-oriented, particularly when it comes to execution, so I not only set the strategy but also a clear executional program that my people can follow.

After I set that direction, I like to step back and let them get to work – it’s a loose type of supervision. However, if I see them veering away from our goals and overarching vision, I’ll tighten the reins a bit, but I always give them room to succeed.”