A kingdom of collaboration: Khalid Saad 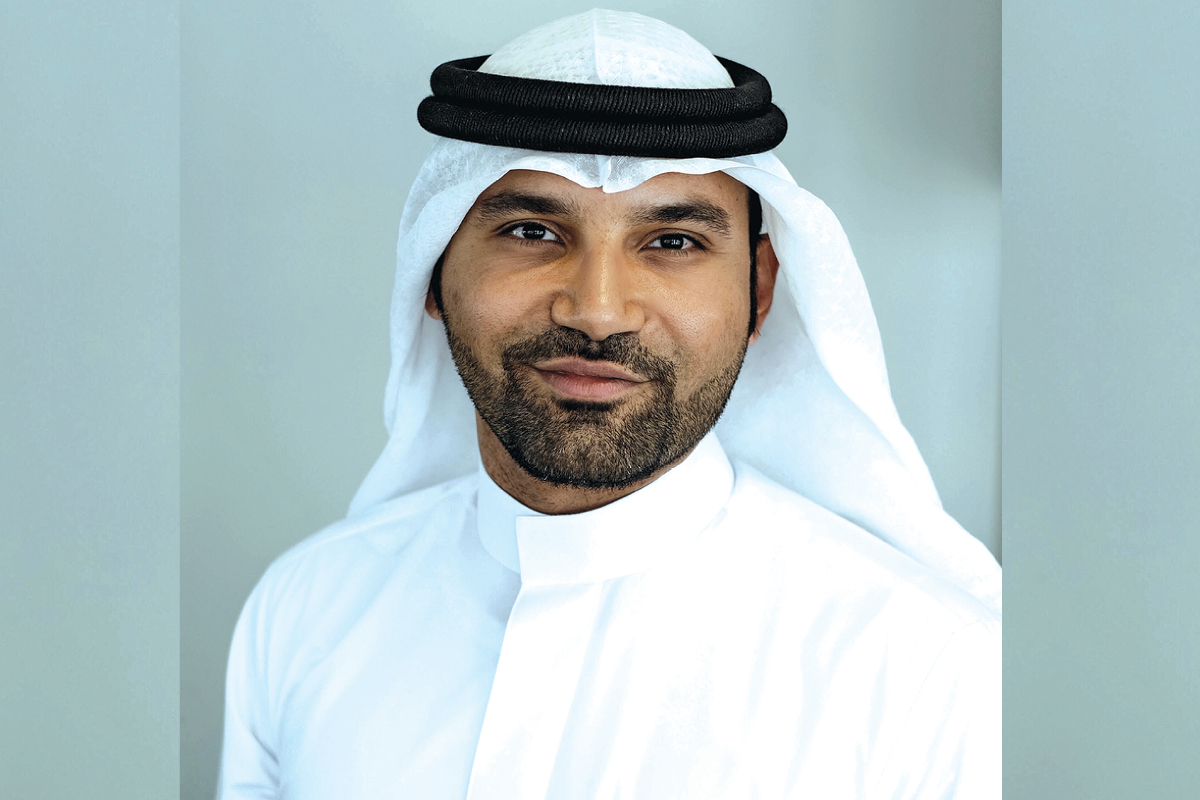 While Bahrain may be nestled between major oil-producing regions, the tiny island kingdom offers a far more valuable resource.

Financial technology, fintech to the savvy, has emerged as one of the country’s most innovative industries, and there’s a new kid on the block making sure the world is paying attention.The man catapulting the country into digitalisation and diversification is Khalid Saad, the CEO of Bahrain FinTech Bay (BFB), a nerve centre where established fintech companies can expand, and start-ups can be built, schooled by mentors and gain recognition from investors.

Launched just a year ago, BFB is the largest fintech hub in the Middle East and Africa, already attracting more than 50 partners from local and international organisations. It’s centred right at the heart of Bahrain’s development, economic and technological future, in the stunning Arcapita building, an imposing icon located in the heart of Manama’s Bahrain Bay.

“We are offering a platform where people, individuals and institutions, can collaborate, co-create, challenge each other, and talk about things differently,” Khalid explains. “We want to be a catalyst in this shift to a digital economy.”

Stepping into BFB’s near 1,000-square-metre co-working space is a giant leap into 21st-century business, offering a complete ecosystem at your fingertips. Spacious and modern work hubs, events, meeting rooms and innovation labs all brag acceleration programs, cultural activities and educational opportunities supported by a cutting-edge and versatile environment, ideal for inspiring smart initiatives and solutions.

“People could think this is just a space, but there is significantly more to it,” Khalid points out. “This is built on a public–private partnership model where the next stage of growth requires alignment and collaboration.

“In a nutshell, there are three things very important to the vision of BFB. First, looking at it from the sheer physical aspect, is to provide our partners with a physical hub where they can incubate and produce insightful, skilful and impactful fintech ideas. Second, from a national perspective, is to have a platform from which ideation, development and acceleration ensure the futureproofing of our banking and financial services. And third, something we strongly believe in, come partnerships, collaboration and the complete ecosystem to drive our fintech industry into a digital and initiative-driven economy for the region.” 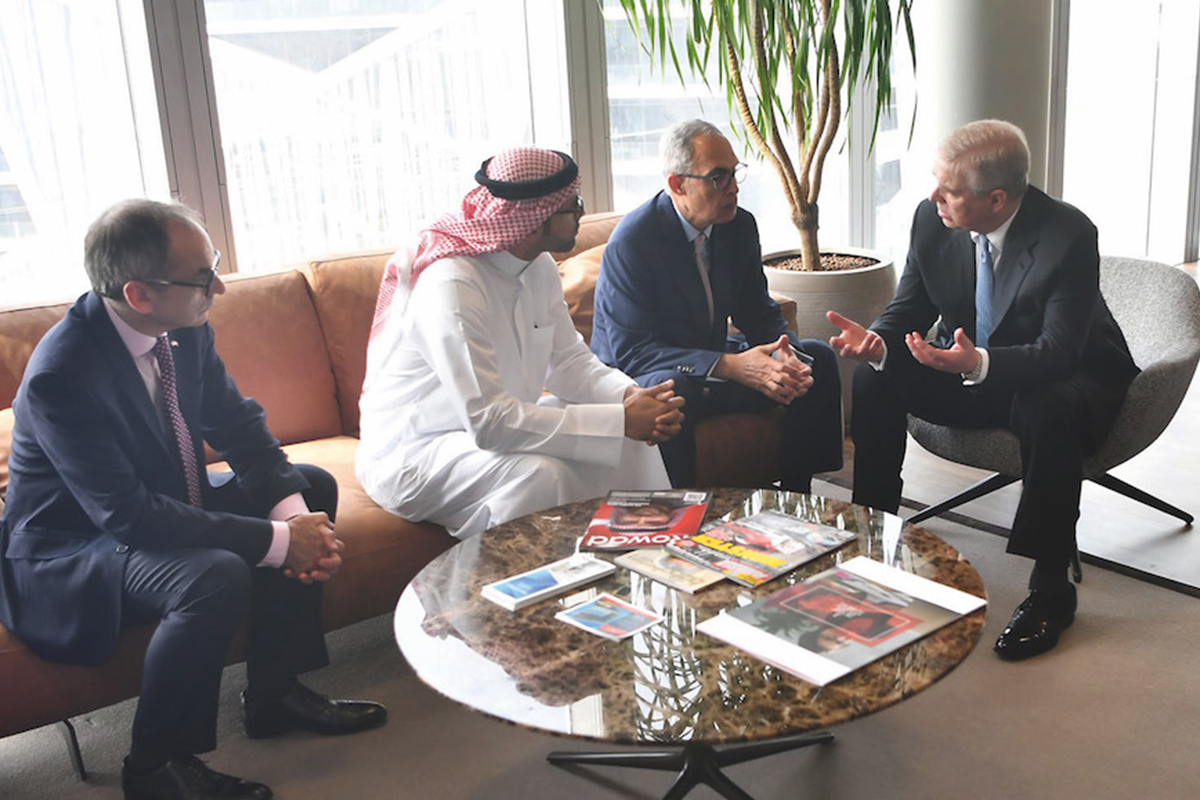 Flexible working opportunities at the hub range from a day pass for individuals working independently; casual hot desks for those wanting to work next to teammates; dedicated desks with storage and shelving; and private offices for companies looking to scale.

“This is not an exclusive club for certain institutions or people, but a growing network willing to plug into other ecosystems and collaborate. We want to further establish Bahrain’s international reputation as the fintech hub for the Gulf Cooperation Council and the Middle East, as opposed to being just a fintech body for a specific technical solution. We are in a unique position regionally, and I believe there are very few similar platforms globally.”

It’s a huge ambition for the fledgling company, but far from an unrealistic one, particularly with Khalid at the helm. He boasts an impressive pedigree in business development, a skill honed for eight years with the Bahrain Economic Development Board. He’s also worked as a senior consultant for Ernst & Young and in the Investment Management Unit of SEI Investments in London, where he was educated.

“I wake up every day with motivation and a drive; it’s a hunger that never subsides,” he explains. “To be honest, I was surprised by the reception we received within just a few months of opening but, day by day, I’ve seen the positive impacts BFB is having on individuals, society and the country. It’s what keeps me going.

“It’s so versatile and extremely challenging intellectually. By nature, I’m a guy who likes to build things and run them. It’s all about the people for me, the people I interact and work with.”

While fintech was built on the premise of creating technology for financial services, Khalid is acutely cognisant that other sectors must be lured into the hub. His vision is to be all-inclusive to any industries or individuals that may be impacted by fintech. And in today’s digital world, that’s a lot.

“We are at the beginning of the journey and Bahrain is a small place,” Khalid concedes. “But for us to have the largest hub in the region sends a statement. The next phase for BFB is to widen the net to gather interest from businesses, people and entrepreneurs from all walks of life.” That net has already captured the attention of companies in North America, Asia and Europe. To support its global reach, BFB has launched the most comprehensive fintech report in the region. Providing data never revealed before, the report looks at what’s happening in the region, with particular focus on Bahrain.

Bahrain has spent decades diversifying its economy from limited oil supplies to financial, retail and tourism sectors, to become the fastest-growing economy in the Gulf region. The country’s financial services sector already contributes 16.7% to the kingdom’s GDP, a figure Khalid hopes to increase with BFB’s contribution.

“Our main message is inclusiveness and growth,” Khalid says. “We have a fiduciary responsibility to support the entrepreneurial ecosystem here and have Bahrain playing a part, even if it’s a small part, in transforming the region into a more digital and innovation-driven economy.

“It’s a moving target, there are changes happening on the ground as we speak and we always have to have a finger on the pulse. But I want BFB to be a platform that means something to everybody, whether they’re in Bahrain, or in the region. It’s rallying behind the shared ethos and vision that is important.” 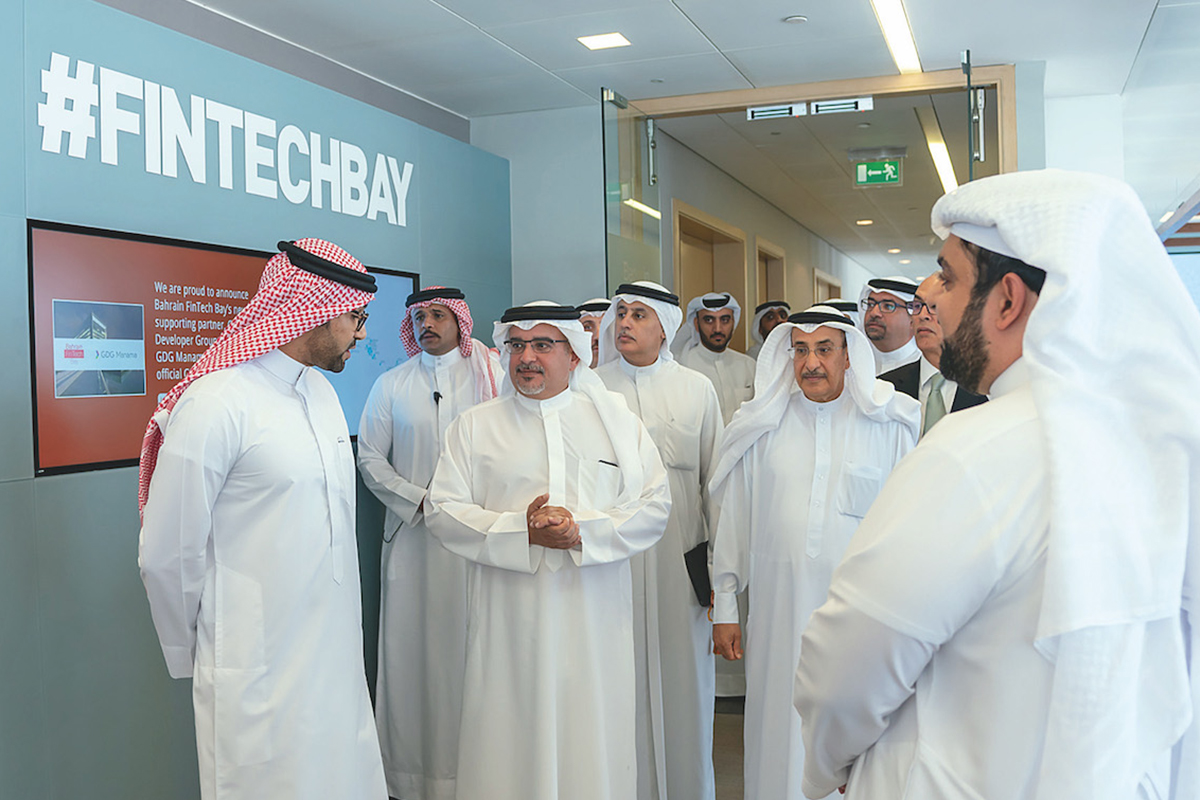 “Our partners are all equally important irrespective of their size,” Khalid says. “Some of them are similar in nature, but others come from very different verticals. We’ve got government agencies on one side, and the buy-in and engagement of private sector players – including financial institutions and family businesses – on the other. These backers and promoters are all gathered together on the one platform, to get our work done and push our agenda.

Around 30 founding members are vital to the company, having played a key role in establishing the business, Khalid says. They include American Express, Investcorp, Arab Financial Services, the National Bank of Bahrain and Payment International Enterprise.

“They believed in our mission from the beginning,” he adds. “They played a significant role, and without them, we wouldn’t be here. Naturally, we interact with them on a regular basis at multiple levels across the organisation and they are also on our advisory board to help us move in the right direction.”

Khalid admits there have also been challenges, particularly when launching a concept that focuses more on collaboration than competition. Altering traditional methods of business, steeped in a deep-rooted mindset of competitiveness, requires a completely new approach; a tactic based more on trust than suspicion. 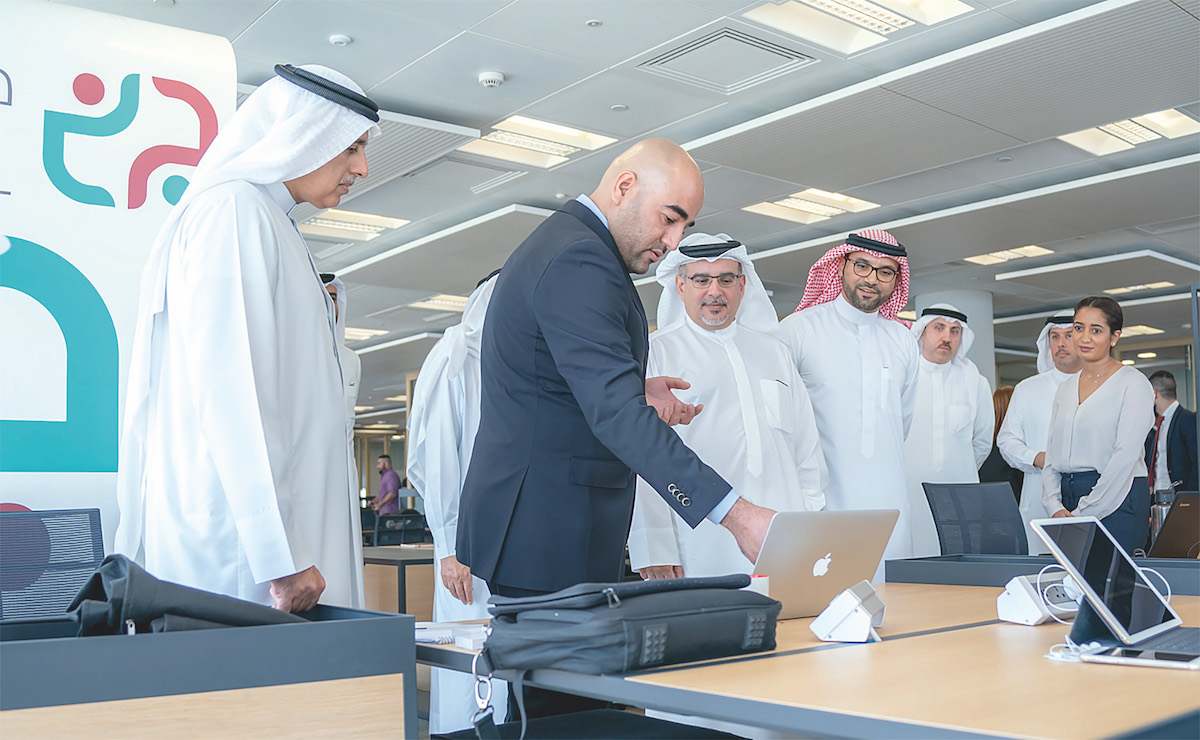 “It’s a unique proposition for people to absorb,” Khalid says. “Of course, I think competition is healthy, but we are at a stage now where collaboration is significantly more important than competition. Putting our heads together and contributing to the ecosystem is more important. It means being part of something where there is no exclusivity, where everybody is equal, whether you’re a small fintech, a government agency, a bank, or a big technology player.

“This requires a big shift in ethos and the moment this mindset changes and people have a better understanding of what this transformation actually means, collaboration will become paramount. I want it to be seen as an example of how progressive Bahrain is.” 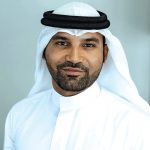