“Reinvention is the Name of the Game”: Marc Schwartz 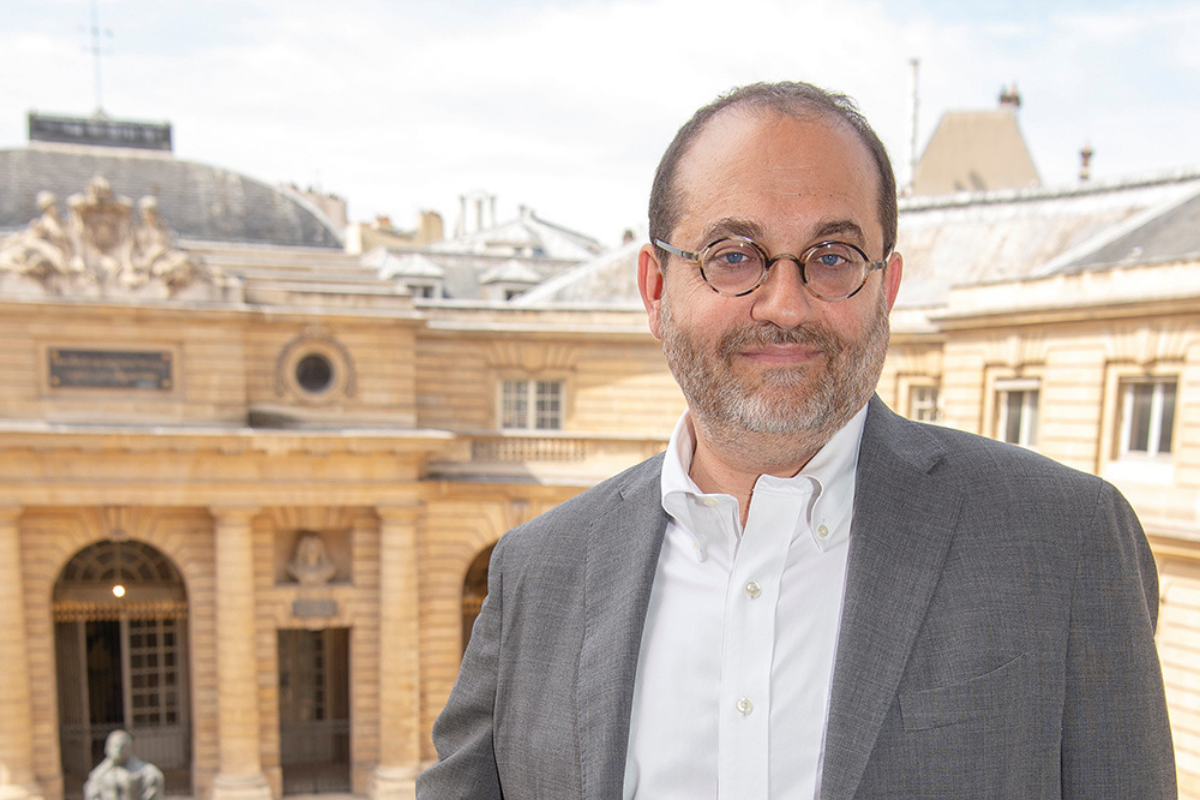 Marc Schwartz won’t divulge what French President Emmanuel Macron said to him upon his appointment as Chair and CEO of Monnaie de Paris, but if one had to hazard a guess, it would have been words encouraging change. His appointment in November 2018 – 18 months into his predecessor’s five-year term – was unconventional, but the government-owned institution was in need of new direction.

Founded in 864, Monnaie de Paris, the official Mint of France, is one of the oldest companies in the world, an institution that has stood tall throughout 12 centuries and the rise and fall of monarchies, empires and republics.

Recently, however, it finds itself facing an unfamiliar foe: a digital revolution that threatens the very existence of its core historical business, striking coins.

“When I took on this responsibility, I found an organisation that wasn’t in good shape,” Marc explains. The figures told a story of a company running high losses and struggling to adapt to a changing environment. “Uncertainty about the future was very high.” Orders from its primary customer, the French Republic, for circulating coins had dropped 50% over the past decade (from more than one billion coins annually to 500–600 million, he says), meaning a segment that once represented the core of its business now accounts for just 30%.

The remaining 70% is what he labels “competitive business”: the collectors’ coins, jewellery, art and other collectables it sells to private individuals or retailers.

However, in times of crisis, Marc knows resilience is crucial – and Monnaie de Paris has certainly proved it knows how to survive.

We make people dream of Paris.

“But resilience requires transformation,” he cautions. And, as he looks to guide this company so steeped in history into a digital world, he understands that the public organisation must open itself up to new markets and new successes, while keeping costs under control.

“We have an incredible and beautiful history that we need to keep alive. But if we stay as we are, or used to be, it’s not going to work. Reinvention is the name of the game.”

Going forward, the key lies in its name – the one word that is romanticised the world over. “We make people dream of Paris,” he says. By harnessing the concept of “Brand Paris”, Marc believes the objects created by Monnaie de Paris will serve as a slice of French art de vivre for customers around the globe. There are also its neoclassical headquarters in the heart of the French capital to play upon, complete with a three-Michelin-starred restaurant, Guy Savoy.

“From my office, I enjoy a beautiful view across the river Seine to the Louvre. We need to make the most of this incredible asset we have.” It’s all part of his strategic plan “to make Monnaie de Paris a customer-centric company”.

“Apart from addressing our collectors around the world, I would like to aim at the larger public,” he reveals. 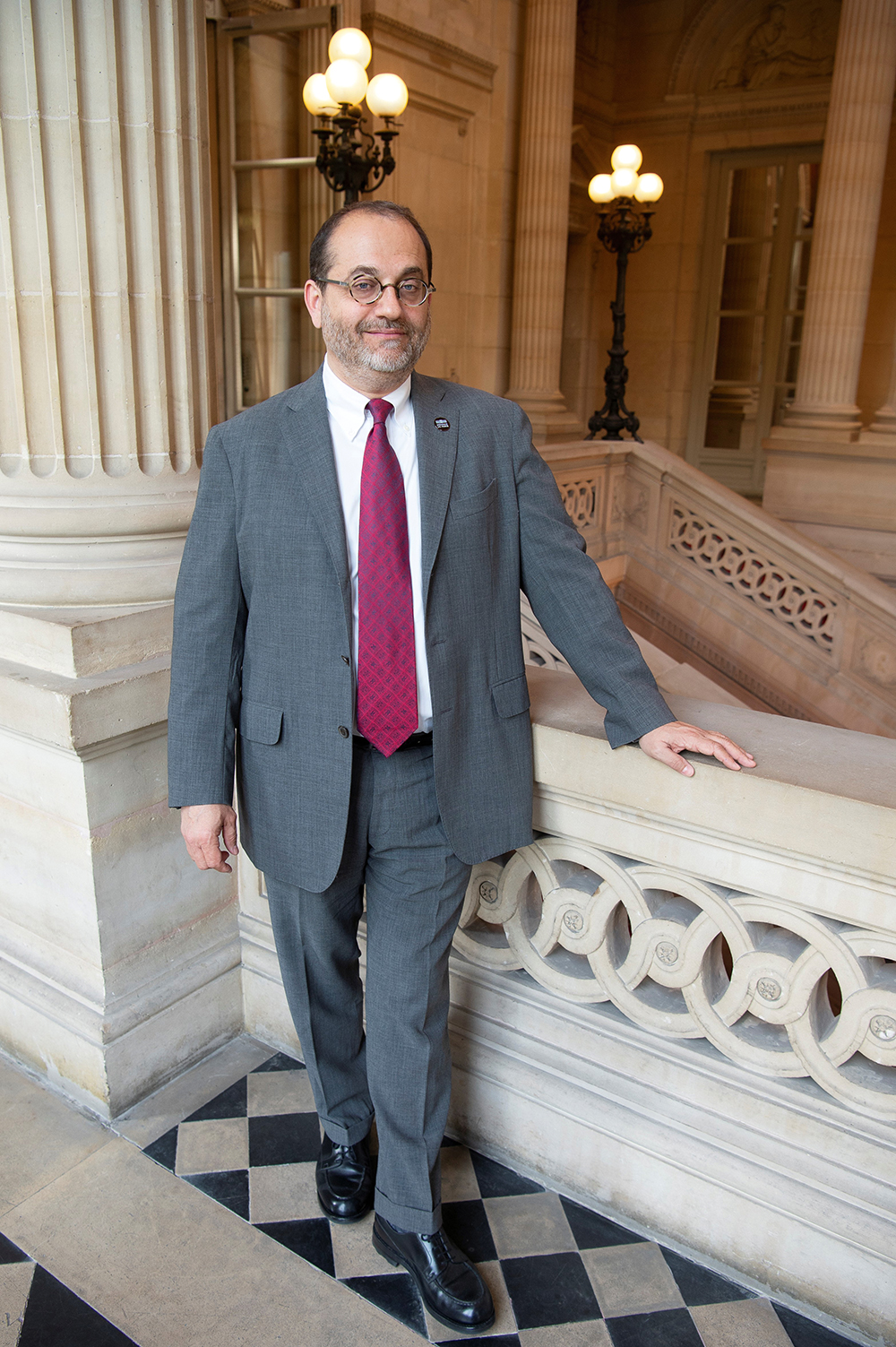 This new direction can be felt in some recent initiatives: a soon-to-be-released Harry Potter coin collection, another linking metal and leather in collaboration with luxury shoemaker Berluti, a LVMH Group rising brand, and even hosting an escape game inspired by the Netflix smash-hit Money Heist, also known as Casa de Papel.

“For us, money is not only an object; it creates a link between people,” he says. “It has always been a way for people to exchange between themselves. This is what I’m trying to inject into our own product today.”

On that note, Marc is adamant that cash is here to stay. “Its reign is far from over,” he insists. In what he calls the “great paradox of cash”, he says that despite the naysayers predicting its demise, especially in the current COVID-19 context, cash circulation is increasing around the globe.

“Although it’s obvious the use of cash as a means of payment declines, if you look at the figures, the demand for cash around the world has never been so high,” he reveals. Last year alone, cash in circulation experienced doubledigit growth: 11% for the euro and 15% for the US dollar.

“In times of crisis, people tend to see cash as a store of value,” Marc explains, adding that this is especially pertinent when interest rates are so low. However, it’s not the only reason.

“Cash is the only means of payment that is free, universal, easy to use.” It also doesn’t require a certain level of digital literacy or a bank account, something 30 million people in Europe alone don’t have.

“Not to mention personal data protection,” he continues. “Cash provides anonymity and a liberty of choice, and that makes it a pillar of our society.” Instead, Marc is an advocate of coexistence. “As our society becomes increasingly digital, there will still be a very important place for Mints and Central Banks,” he says.

“The reality is that there is enough room for all the different forms of payment.” With a background in both the public and private sectors, and an ability to bring the best of both these worlds to the role, Marc has been the stable presence Monnaie de Paris has needed to guide it through this uncharted territory. However, he’s hardly scratched the surface of all he wants to achieve.

“I want us to be a company that is looking forward again, rather than looking backwards to its prestigious past,” he says. “But it’s a future that will be different from the past – even from the present.”