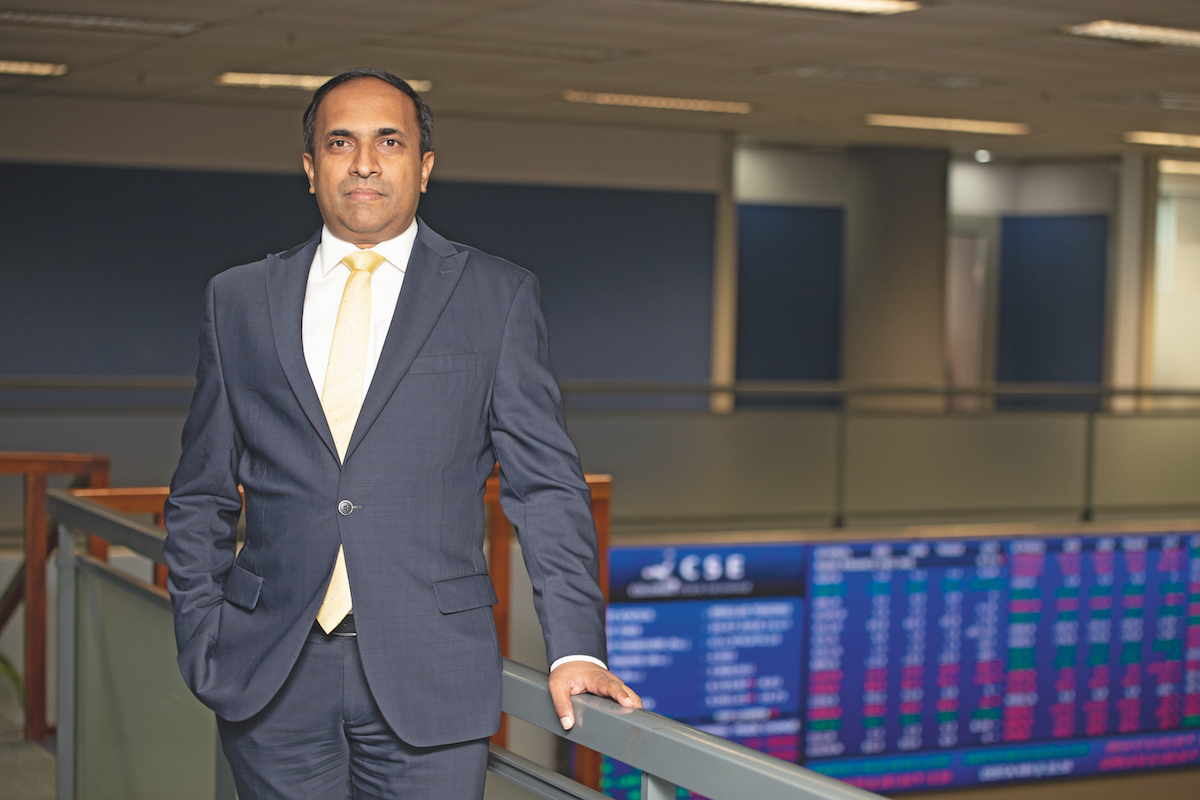 Rajeeva Bandaranaike, CEO of the Colombo Stock Exchange (CSE), is at the forefront of an industry going through rapid transformation. It’s an exciting time for the Sri Lankan stock market, but Rajeeva understands that it’s equally a challenging time. “What worked last year is not going to work this year,” he says. “It’s evolving so rapidly.”

To keep the CSE ahead in the stock market industry, Rajeeva pursues an agenda of enthusiastic innovation. “I have always looked at how to do things differently,” he says. “I encourage everybody to think outside the box, because that is what will keep us one step ahead of everything that is happening out there. Innovation, in my view, is the key to success.”

Having served as CEO since 2013, Rajeeva recognises the importance of growth areas such as technological evolution, and is ensuring the CSE keeps ahead of the curve in such sectors. “It’s all about technology, about being paperless,” Rajeeva says.

“It’s about using cloud data and mobile-enabled applications, even when opening securities accounts. People are looking for greater means of electronic connectivity in terms of trading, pre-trading, account opening and even settlements.”

As an example of the CSE’s forward thinking, it partnered with a Sri Lankan systems provider throughout the 1990s to gradually improve the automation of trading processes. As recently as 2014, Rajeeva has continued to update the CSE’s capabilities, to keep it on the cutting edge of technology. The CSE was one of the first to adopt the systems provider’s automation system, which meant that while the Exchange benefited from the innovation, the systems provider was able to build on its product with feedback from the CSE.

This is a demonstration of the way Rajeeva prioritises an equal exchange with partners. He values each of the CSE’s stakeholders, which include a diverse group of stockbrokers, issuers, banks, regulators and investors, to name a few. Meeting the needs of such a wide range of entities is a challenge, but it’s nevertheless essential to the way Rajeeva does business.

“As a CEO, I have a PR role in meeting the different interests of the stakeholders,” he explains. “You have the government, the issuers, investors and others. There are multiple stakeholders. The key to success in this position is how well you manage the competing interests of all these stakeholders. If you can successfully meet all their interests and establish a system where people believe you’re treating them fairly and equally, you build confidence in the industry.”

“The key to success in this position is how well you manage the competing interests of all these stakeholders.”

In much the same way that the CSE and its stakeholders have evolved, thanks to their partnership, the CSE is working to ensure the advancement of companies listed with the Exchange. Under Rajeeva’s leadership, the CSE joined the United Nations Sustainable Stock Exchanges Initiative in 2015, to promote sustainability among listed companies. The CSE has already hosted two workshops in pursuit of this, proof of its commitment to the cause. 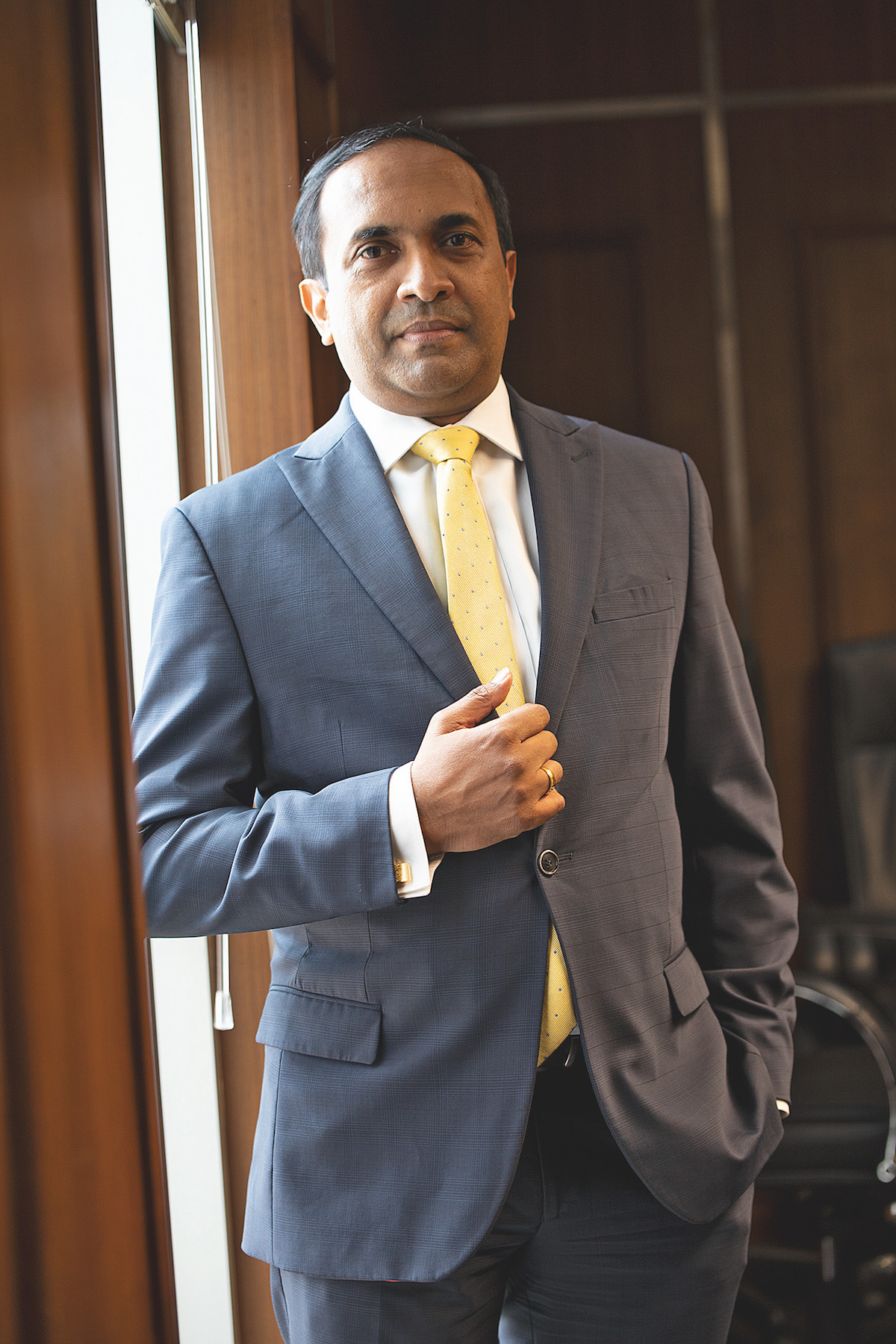 “If you look at global investors, their preference is to focus on companies that conform to social, environmental and good governance practices,” Rajeeva says. “If we prepare our companies to be aligned with those good governance and sustainability practices, and to care for the environment, we will be able to attract a better quality of individual investor into the market and to these companies.”

Not limiting itself to cooperation with its listed companies, the CSE is also part of numerous industry organisations, including the World Federation of Exchanges. In 1998, the CSE was the first in the South-Asia region to join the Federation, when Rajeeva was still Assistant General Manager.

“We were keen on connecting with the international stock exchange community,” Rajeeva says. “We felt there was a lot we could learn from other exchanges, in terms of technology trends, knowledge trends and so on. We were keen to get on board, so we worked on that evaluation process for about three years.”

This has given the Exchange an international reach and an ability to benefit from connections to the global industry. In the wake of the economic booms created by the end of the civil war, the CSE has frequently been named throughout the past decade as one of the best-performing exchanges in the world. The Exchange also enjoyed record-breaking growth, hitting the LKR1 trillion mark for the first time in 2009, less than six months after the war ended.

“The postwar period has brought a lot of peace and stability,” says Rajeeva. “We see a lot of potential in the market. Some of the largest companies are private and unlisted. Eventually, they’re all going to move into the market. Foreign investors have also realised this, and are getting in early because these entities will inevitably come to capital markets to raise capital. There’s a lot of potential for the market to grow in size and liquidity.”

The CSE’s proportion of foreign investors has increased substantially in recent years. Rajeeva notes their stake has gone from a third to 45% of the market, with institutional funds getting their foot in the door. Though investors are coming from the US, the UK and Australia, growth in Scandinavian interest is particularly promising, with a 39 per cent rise since 2013. Accounting for 23% of foreign investments, or LKR8.2 billion, this lends weight to Rajeeva’s optimism around growing global interest in the CSE.

On the whole, Rajeeva thinks the market has matured, and despite the occasional roadblock, the CSE and its shareholders grow stronger every year. “We have had our share of booms and busts in the past, and lessons have been learned by investors and regulators alike,” he says. “Investors are now far more savvy and knowledgeable, while from a regulatory perspective, there’s far more effective regulation in place.”

“We have had our share of booms and busts in the past, and lessons have been learned by investors and regulators alike.”

For the time being, Rajeeva is focusing his attention on future challenges, such as the continual need for growth and productivity. The rapidly changing technology also necessitates a strategy, and Rajeeva’s priority is ensuring the CSE is equipped to deal with the cost of new technology, as well as potential legal issues around things like cloud data.

He outlines six pillars of innovation for the Exchange, which will inform the strategic direction it takes: market development, technology, risk management, market regulation, new products and institutional development. Of these, institutional development is especially critical to the survival of the exchange. While Rajeeva has fulfilled his duties for the past five years, succession planning is nevertheless a crucial step in an organisation’s lifetime.

“We have identified what we call ‘hypos’, or high-performance employees,” he says. “They’ll be encouraged to pursue self-development and given proper training. We are nurturing them to fit identified positions, including the CEO position. We are happy that we’re able to do this. The day I leave, I can be confident that there are others who can take over.” 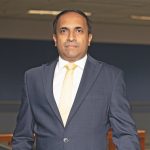