The wealth of knowledge: Thapelo Tsheole 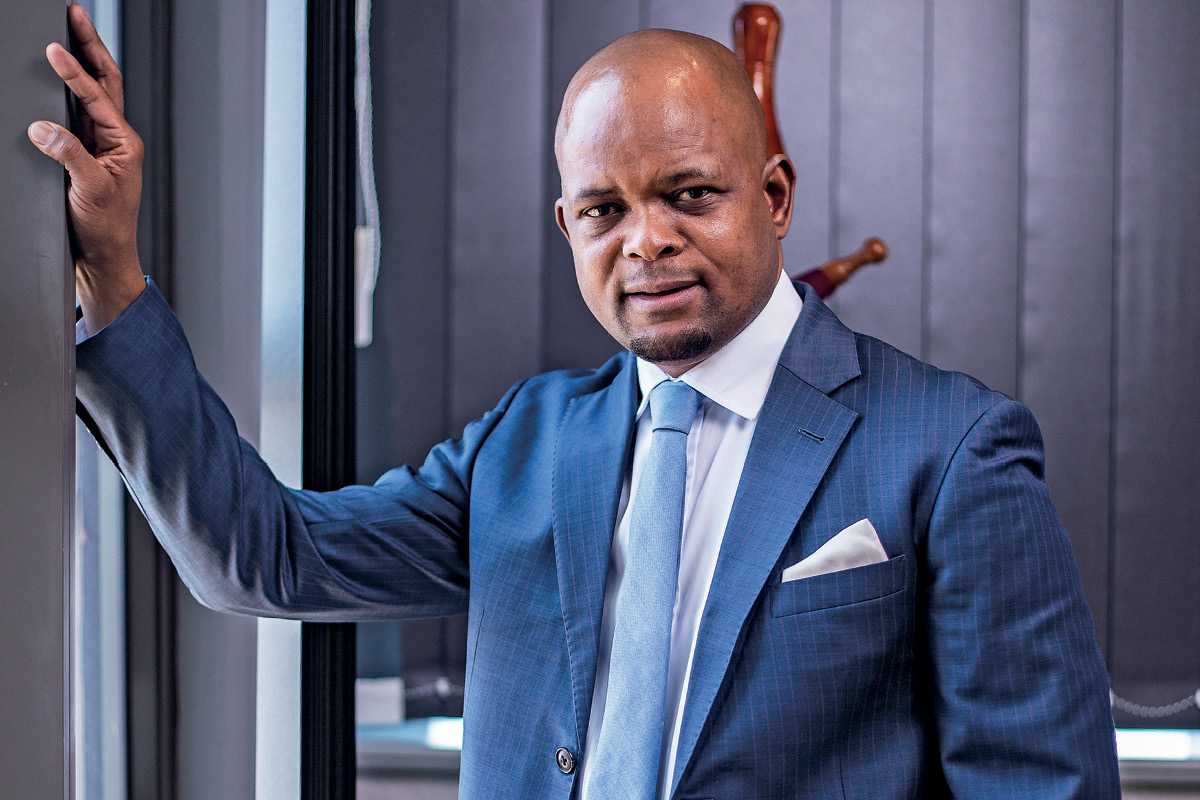 Africa has one of the world’s biggest unbanked populations, a large proportion of which is made up of farmers living in inaccessible rural areas. But don’t mistake the lack of a bank account for poverty; these farmers simply like their wealth living, breathing and walking around them – in the form of cattle.

“Wealth exists in rural Africa,” Thapelo Tsheole affirms. “Some of the richest individuals in these areas can own as many as 5,000 head of cattle.” In order to capture this and other untapped segments of the market, the CEO of the Botswana Stock Exchange (BSE) wants to expand the range of financial services offered by the company through an innovation drive.

“Because of climate change, we have noticed that many cattle-owning individuals are becoming interested in diversifying their wealth into more conventional or stable forms of financial instruments,” Thapelo explains. “They are considering selling some of their cattle to invest in government bonds, for example.”

“I have seen the number of investors in our market go up by about five times,” he shares. “The diversity of products and market capitalisation has increased too.”

One reason for the heightened attention could be the advances in technology, which have made financial services easily accessible to all. Even individuals in rural communities can now invest without first going to a bank.

“Many things can be done through mobile banking today,” Thapelo says. “Therefore, our goal is to develop products that are friendly to the present technology.”

In line with its drive towards diversity, the BSE announced mid last year its intention to gradually reduce its government ownership, which currently stands at 81.3%.

“With the government’s shareholding reduced, we can then bring new investors into the company,” Thapelo explains. The aim is to increase its number of traded companies from the current 34 up to 45 and its bonds from 46 to 50 by 2021.

This move coincides with the government’s goal of building a strong financial services industry in the country in order to reduce its dependence on diamond mining and wildlife tourism. 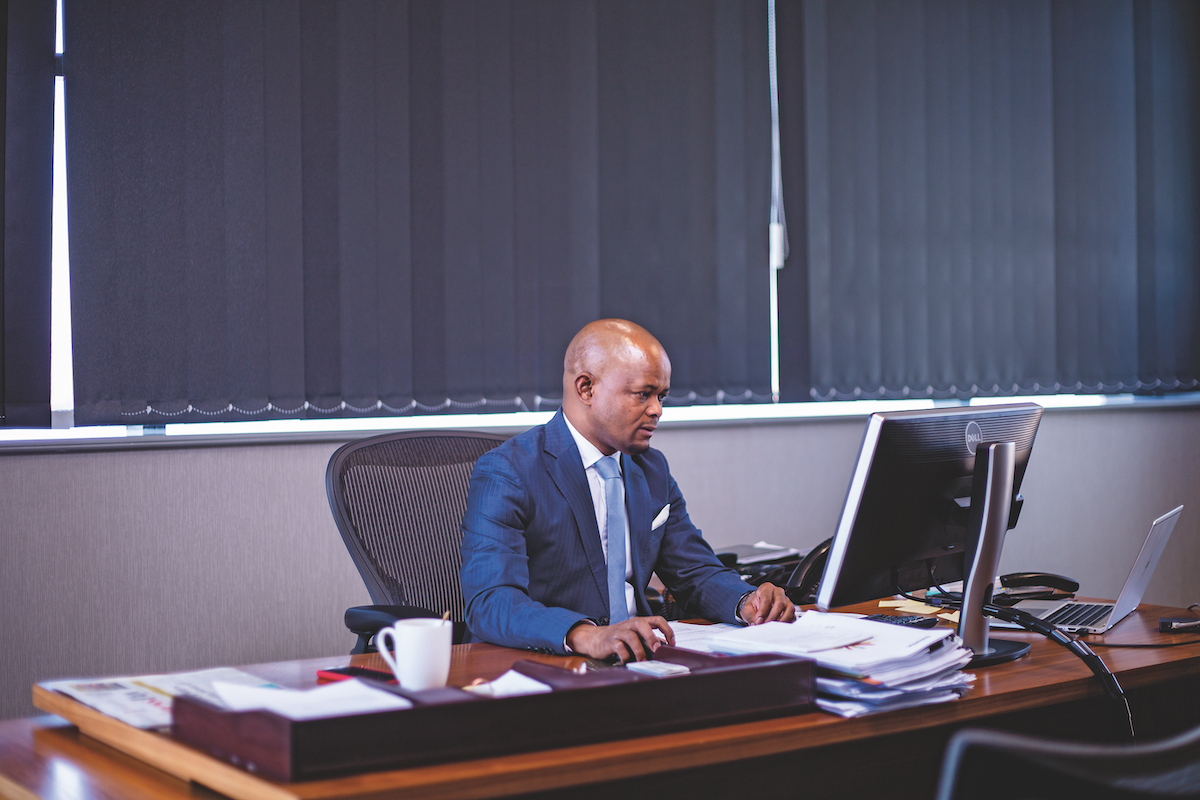 In addition, it may also have the welcome effect of keeping more wealth within the country. Despite boasting around €7.2 billion in pension and private sector funds, 70% of the population’s savings is currently invested outside the country.

Rapid development, even when planned, doesn’t come without challenges, some of which Thapelo has already witnessed. “Before the financial crisis, issues such as money laundering were not given much attention,” he recalls.

But following the establishment of the Know Your Customer Rule 2090 by the Financial Industry Regulatory Authority in 2012, which requires financial services providers to know essential facts about their customers and operate with much more transparency, regulations are now much tighter, and all members of the financial industry have to tread with much more care.

“There is a need to continuously push for educating the sector so that it is able to catch up with innovations round the world.”

“We are no longer allowed to open or maintain accounts for customers we do not know,” Thapelo explains. “Each account has to be assigned to a specific individual. There is a lot more scrutiny of the sources of money and increased demands on us to continuously request additional information from our customers.”

As the industry grows, so too must its players, which is why Thapelo believes that education is key. For professionals working in the industry, he says,

“There is a need to continuously push for educating the sector so that it is able to catch up with innovations around the world. Many of the markets in Africa don’t have the instruments found in other countries, and education is the only way we can catch up.”

For consumers, the BSE runs free financial literacy programs across the country. It is also targeting Botswana’s future investors with the annual BSE Senior Secondary School Finance and Investment Competition, which sees participation from students of senior secondary schools across the country.

Established in 1989, the BSE is Botswana’s national stock exchange. Although small, it is well regarded as one of Africa’s best performing stock exchanges and is the third largest in Southern Africa in market capitalisation. It is the main avenue through which both the government and private sectors raise debt and equity capital in the country. The companies that trade with it come from every imaginable industry, including retail, wholesale, tourism, information technology and, of course, banking and finance.

Winners walk away with share portfolio vouchers. Thapelo has said that the event, which was established in 2013, is aimed at creating capital market awareness, increasing financial literacy and promoting a culture of investment among young people.

He believes that an increase in financial literacy not only has benefits on the individual level but also on a societal level as it is a way to combat poverty and reduce the population’s reliance on social welfare.

“The financial services industry is the cornerstone of the economy, including the informal sector,” Thapelo attests. “Therefore, I think it is a fundamental aspect of every individual’s livelihood.”

As the BSE moves towards its ambitious goals of lessening government control, diversifying its offerings and becoming the financial institution of choice for many more Botswanan people, Thapelo intends to lead his employees through a major mindset change.

“We should no longer think of the BSE as just a stock exchange. It is now a company and we need to be much more business-minded, much more commercial.” 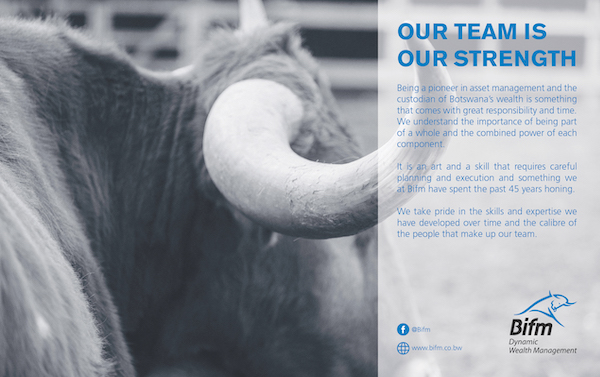