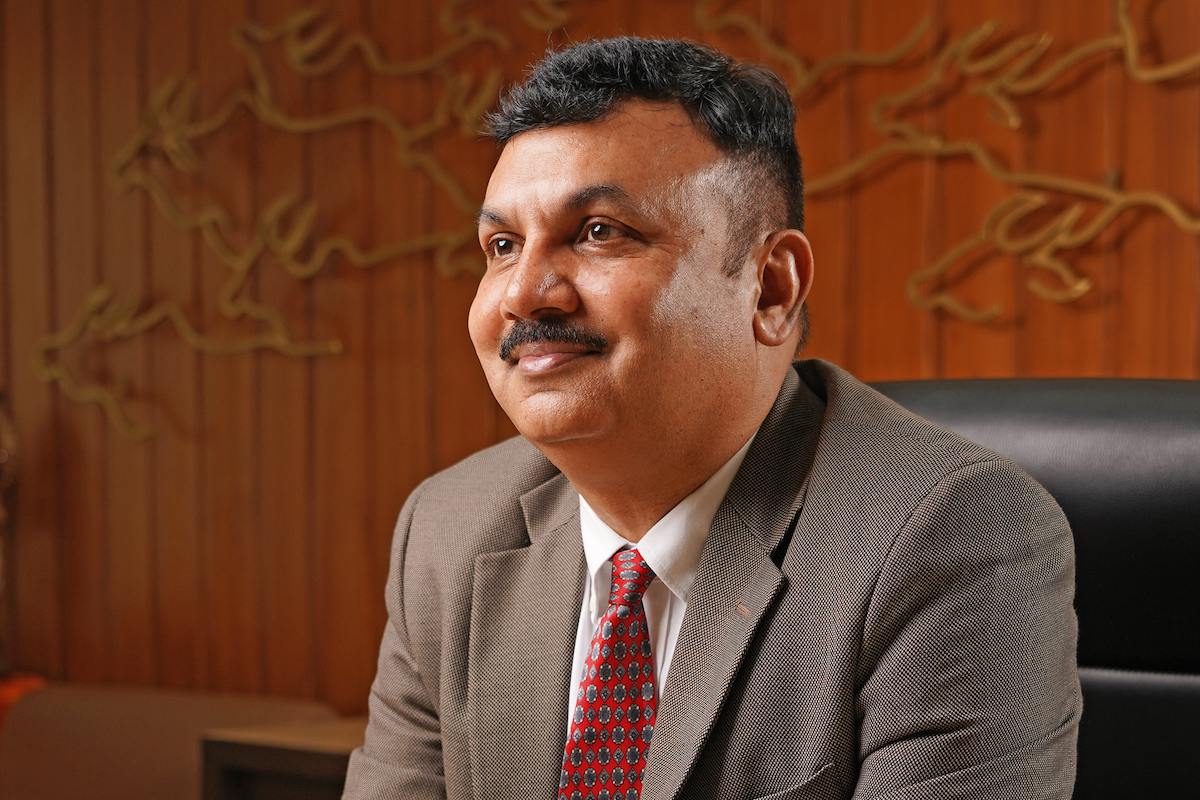 When Amit Vyas stepped into the role of Managing Director of Amul Dairy, one of India’s largest dairy co-ops, it was with full knowledge of the legacy and passion he was taking on. Milk holds a treasured place in India’s history and Amul, self-billed as ‘The Taste of India’, is one of its greatest champions. “I was born at the dawn of the White Revolution,” Amit says.

“I was brought up with the culture of the Amul Dairy co-op ingrained in my thinking.” He wasn’t alone; the White Revolution of early 1970s India was the start of a national process that galvanised the country’s dairy industry. At the heart of this movement was Amul Dairy, a co-op society created in 1946 to end poor conditions and oppressive treatment endured by Indian farmers.

Now, as it celebrates 75 years, the co-op continues to inspire the nation and transform the dairy landscape of India – and the world – under Amit’s dynamic leadership. young dairy industry professionals about rural management transported Amit from the dairy floor into a realm of technological and managerial innovation.

“Back then, the dairies were all mechanical and manual. You could only process maybe 300,000 litres of milk a day,” he says. “I always wanted to automate the process, so I devoted myself to that.”

When the program ended, Amit was beset by offers of white-collar roles at other companies. “I didn’t want to go back to a blue-collar job, so these were very appealing,” he says. But before he could make a decision, a chance meeting with a friend of his father’s changed the course of his professional career. 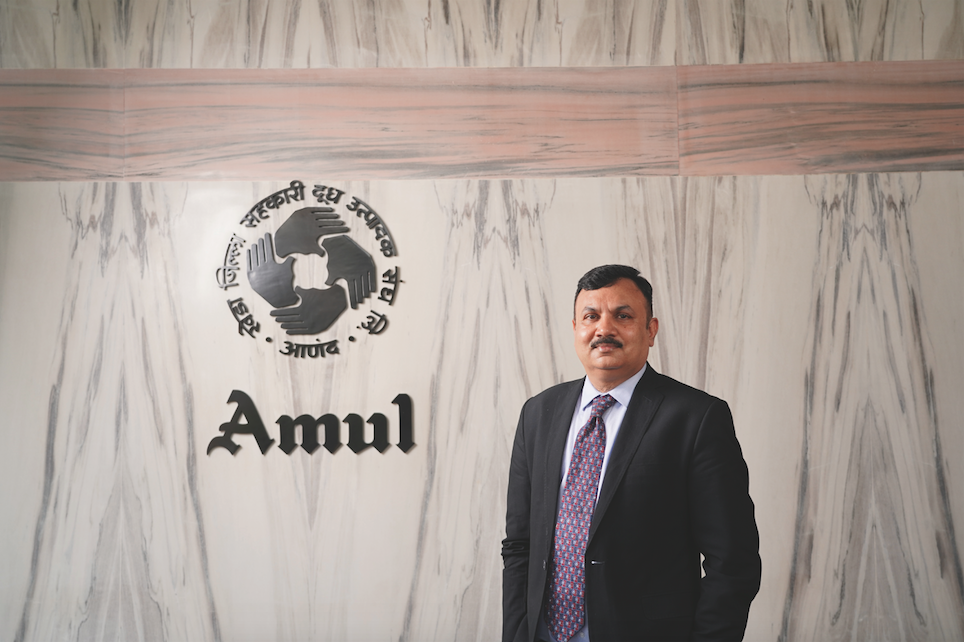 “He’d known me since childhood and knew my passion for innovation, and he told me that the Banas Dairy was going to become fully automated,” he says. “He said, ‘You’re a young engineer. You have the chance to experience the entire automation process from scratch.’ Very few would have that opportunity to learn so much.”

Amit’s father reiterated the advice: “He said, ‘Stick to your core competency. Engineering is your field, and if you work in that field, you’ll be successful,’” Amit says. “I stayed.” This fateful decision led to Amit being one of two staff selected to be a part of the automation process.

“I was there right from the concept stage,” he says. “Suddenly, we were looking at a fully automated plant that could process 6.5 lakh [650,000] litres of milk, 40 tonnes of butter and 60 tonnes of powder per day.”

Our entire system is digitalised, and it’s beautiful.

During this period, globalisation was opening up the Indian economy. Skim milk powder made from buffalo milk had become a crucial part of the White Revolution, so the plant became something of a jewel in the Amul crown. “But it was a tough job,” Amit says.

“To maintain a big, fully automated, state-of-the-art dairy plant, even with a very capable team, is one of the toughest jobs. Internally, we used to be called a big white elephant or white whale.”

Today, Banas Dairy is still fully operational. “It’s number one in the entire Asian region for milk production, with more than 7.5 million litres a day, even two decades later.”

After his success at Banas, Amit sought a change of pace. In Sumul Dairy, a very old and entirely manual plant, he found exactly that. “I went from creating one of Asia’s most cutting-edge automated dairy plants in a big city to a small-town dairy that was all done by hand,” he says. 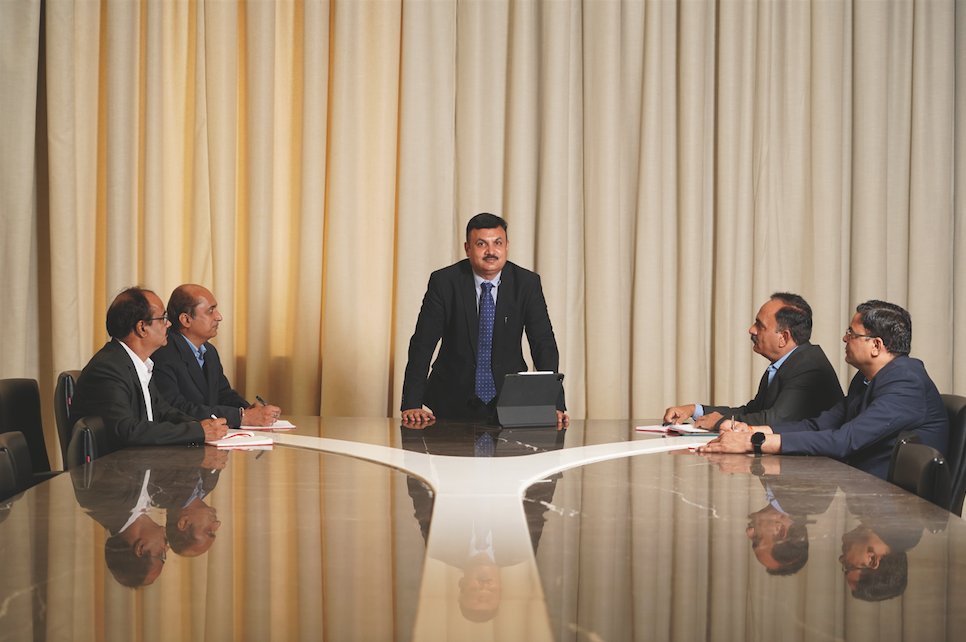 The culture he’d spent so long cultivating at Banas was entirely absent. “They weren’t aware of automation. They didn’t even have temperature sensors. All I saw was an opportunity.” Two years after his arrival, Amit had transformed his new workplace into an automated plant that was superior to even the Banas facility.

“We turned what was a plant that consumed a lot of energy into one of the most energy-efficient facilities in India,” he says. “We implemented a series of innovations, on animals, so the first thing I wanted to do was combine those animals with our digital technology,” he says.

“So we developed sort of like a Fitbit for our animals, to measure heart rate, daily steps and those sorts of stats. We have 1.3 million animals in our remit, and we need to keep them healthy. This was a way to do that.” The entire stable of animals in the Amul network has been tagged and added to a system that can tell farmers whether their animal is in heat, unwell or even pregnant.

“The animal is not the farmer’s baby, it’s Amul Dairy’s baby. We have to take care of those animals, and this is how we’re doing that,” Amit says. “Digitally, we can provide information to the village about how to feed and look after the animals, and we can alert veterinarians if the animals are unwell.” 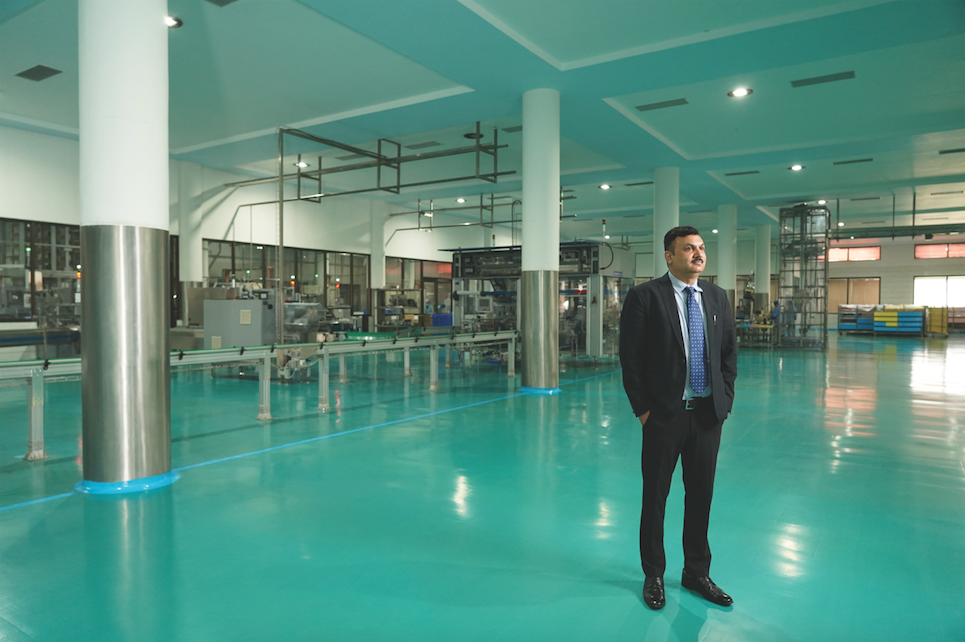 So far, the system has reduced sickness among Amul Dairy’s animals by more than 10 per cent. Under his vibrant and convictive leadership, Amul underwent a digital revolution.

“Our entire system is digitalised, and it’s beautiful,” he says of incorporating technologies like a first-of-its-kind warehouse management system, in-house development of an employee and vehicle tracking system, implementation of a document management system, thus ensuring paperless operations and, above all, an online dashboard to maintain keen vigilance on day-to-day operations.

These are just a few of the digital turnarounds Amit has brought into Amul as Managing Director. Also on the agenda is improving energy efficiency and reducing its carbon footprint, including working on biogas and manure fertilisers, along with further technological investment in the dairy’s animals.

“We’ve already started supplying sorted-sex semen,” Amit says. “It’s about supporting the farmer in the improvement of the per-animal yield of milk. If you have more than 50 per cent males born, you can lose an entire year.” With sorted-sex insemination, this situation can be manipulated.

“In this way, we can double milk procurement by 2026. It’s one of the biggest challenges we face, and we’re making it happen.” Even during the COVID-19 pandemic, Amul Dairy’s system endured. “There has not been a single day, not a single moment, not a single second that milk has stopped coming from the villages,” Amit says.

I always want to make sure that whatever money we save goes back to the farmer.

“We trained our farmers to wear masks, to sanitise, to disinfect. We’ve supported them and they’ve stood by us.” The pandemic also gave Amit time to develop an expanded product offering.

“We’ve got new cookies, new toasts coming to market because the bakery business in India is growing.” Among the latest items is another of Amit’s beloved innovations: a carbonated drink made from milk.

“We call it Amul Tru Seltzer,” he says. “And over the next five years, we’ll continue to expand in such surprising ways.” Amul Dairy played a vital role in India’s past; as the future descends on the increasingly digital nation, Amit has ensured it’s a role Amul Dairy is well placed to continue. 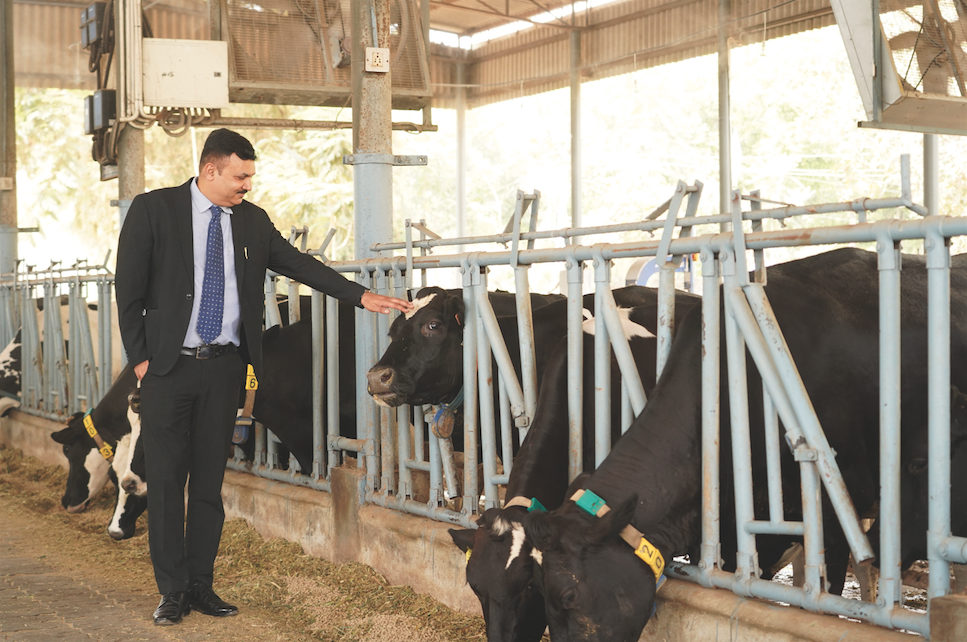 His vision for the dairy industry in India includes the digitalisation of procurement operations through smart collection centres, smart bulk milk coolers and tankers, doubling milk production and procurement through accelerated breeding techniques like genomics, use of sorted-sex semen and embryo transfer in bovines, and digitalised and automated plants with zero water discharge.

With his digital vision in place, Amit is free to focus on the future of Amul Dairy. “In the next five years, our target is to produce more than nine million litres of milk per day, maybe even 10 million,” he says. “We should be number one, and over those five years, we’ll make Amul number one.” 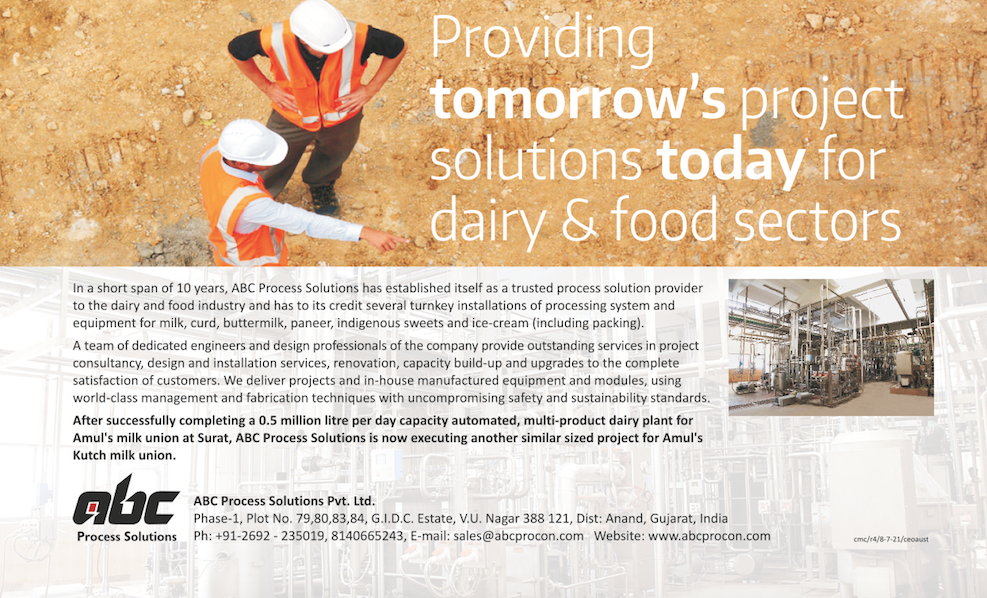 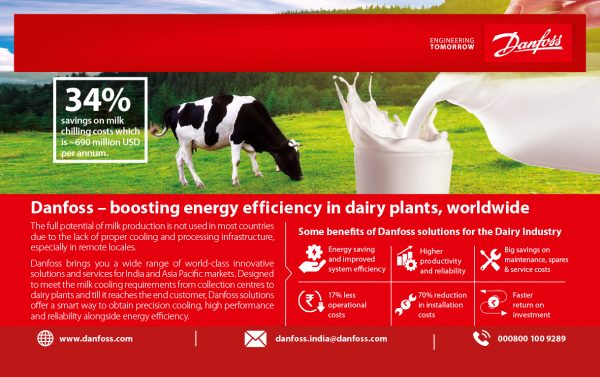 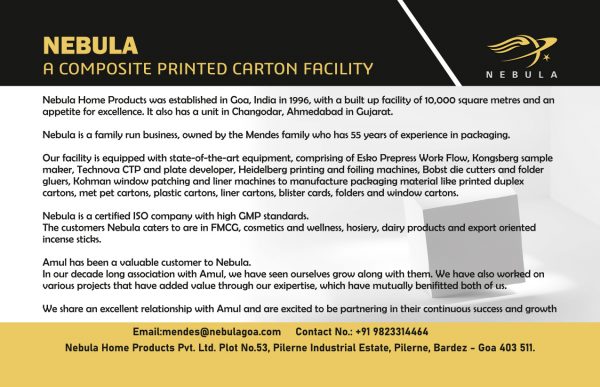 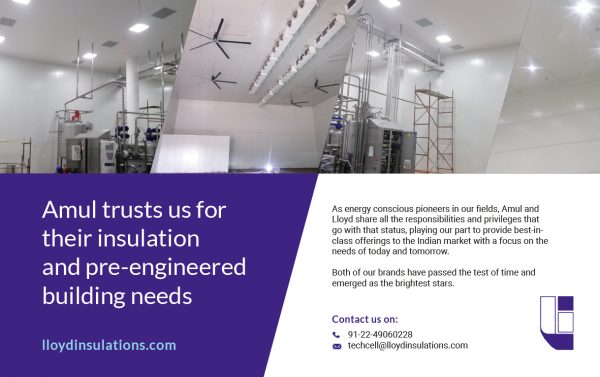 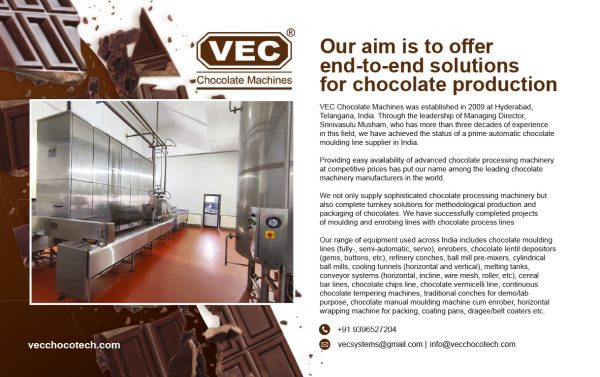 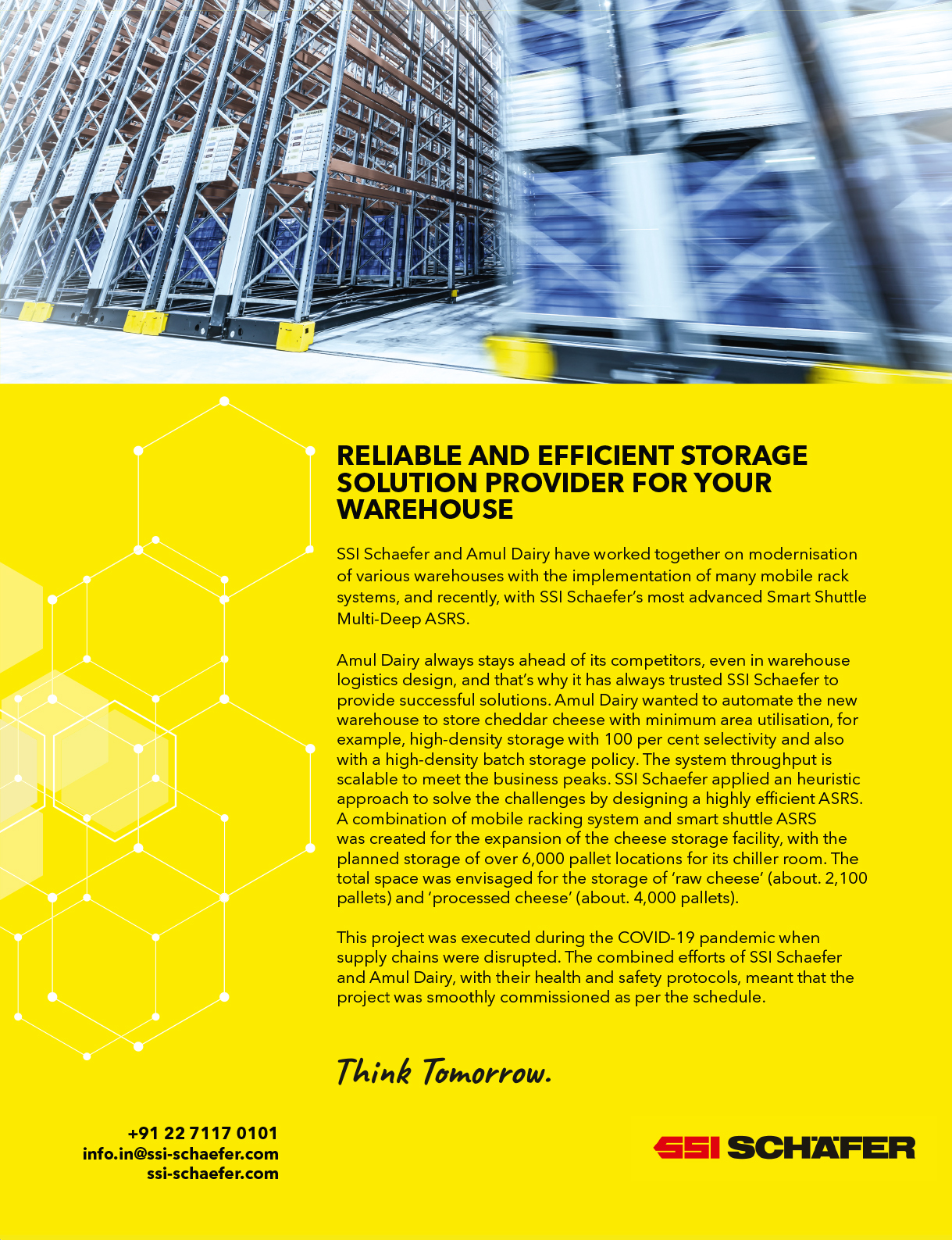