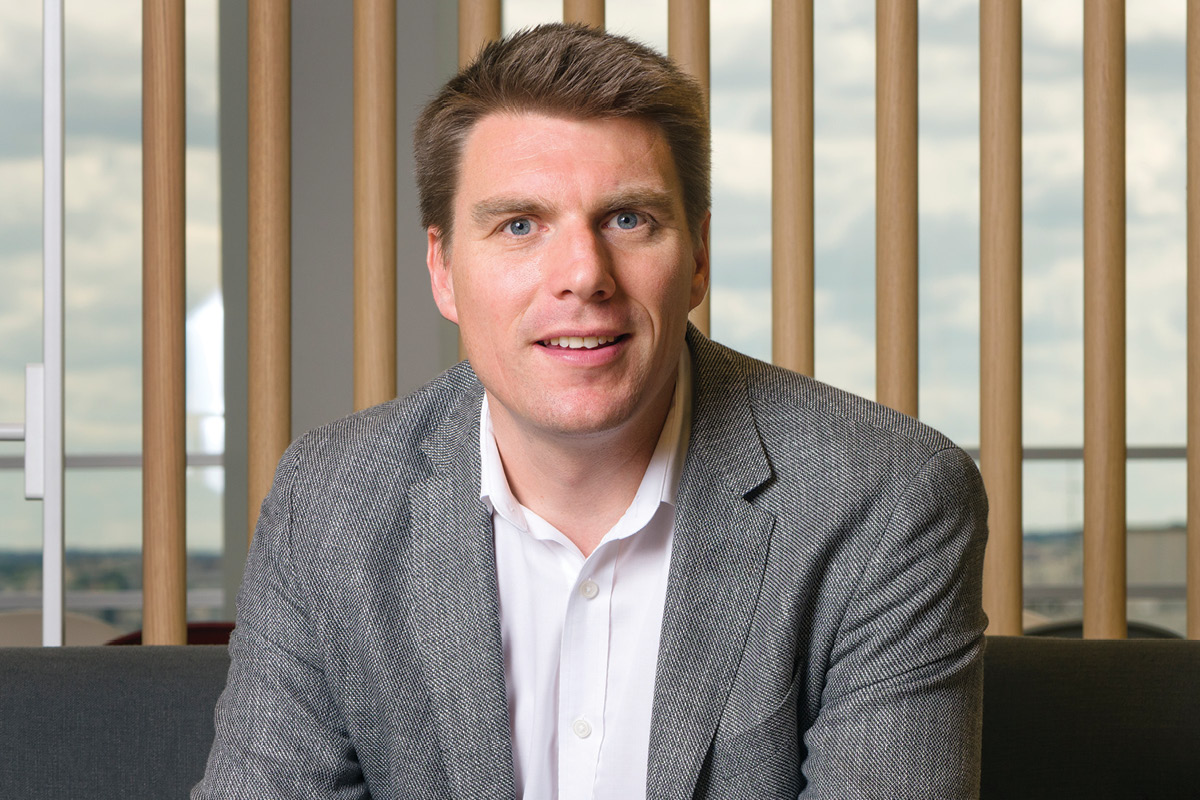 There are three things hip-hop artists like splashing their millions on: gold chains, limited-edition sneakers and KFC meals. In fact, they like the last so much that they have sung about it 46 times in the last 40 or so years – that’s more than one mention per year.

‘Who’s keeping count?’ one might wonder. KFC France is, and early last year compiled its findings into the niftily named Spotify playlist Bucket Bangers, referencing the generously sized sharing meals of fried chicken served in iconic buckets at the restaurant chain. Average Joe can now pretend he has something in common with Kanye West, who reminisced that he “split the buffet at KFC” with his then-girlfriend in his 2005 song Touch the Sky.

Joe can also savour his fried chicken meal to Run-DMC’s rhythmic commentary of, “I was chillin’ in KFC just mindin’ my business, eatin’ food and finger lickin’,” in the song You Be Illin’. If the consumer has indeed made such connections, Cédric Losdat would consider the unusual marketing campaign successful, as it shows that KFC has become a strong name that comes to mind beyond just mealtimes. The Managing Director of KFC France explains, “Our aim is to be a brand rooted in culture, and a Spotify playlist helps us do exactly this.”

Gaining pop culture cred aside, it’s hoped that the campaign will also lead to the attainment of KFC France’s other goal: market penetration. “We want to make all Frenchies taste KFC,” says Cédric. “We live in a world of polygamous loyalty. A person is loyal to a set of brands but never 100% loyal to one. For example, nobody would dress totally from the same brand or shop, but is likely to dress regularly from the same set of brands, so a brand must strive to become part of the consumer’s consideration circle.”

The firm has a three-pronged brand strategy, which is summarised succinctly by the acronym RED, where each letter represents an adjective that KFC France wants to be associated with: relevant, easy and distinctive. 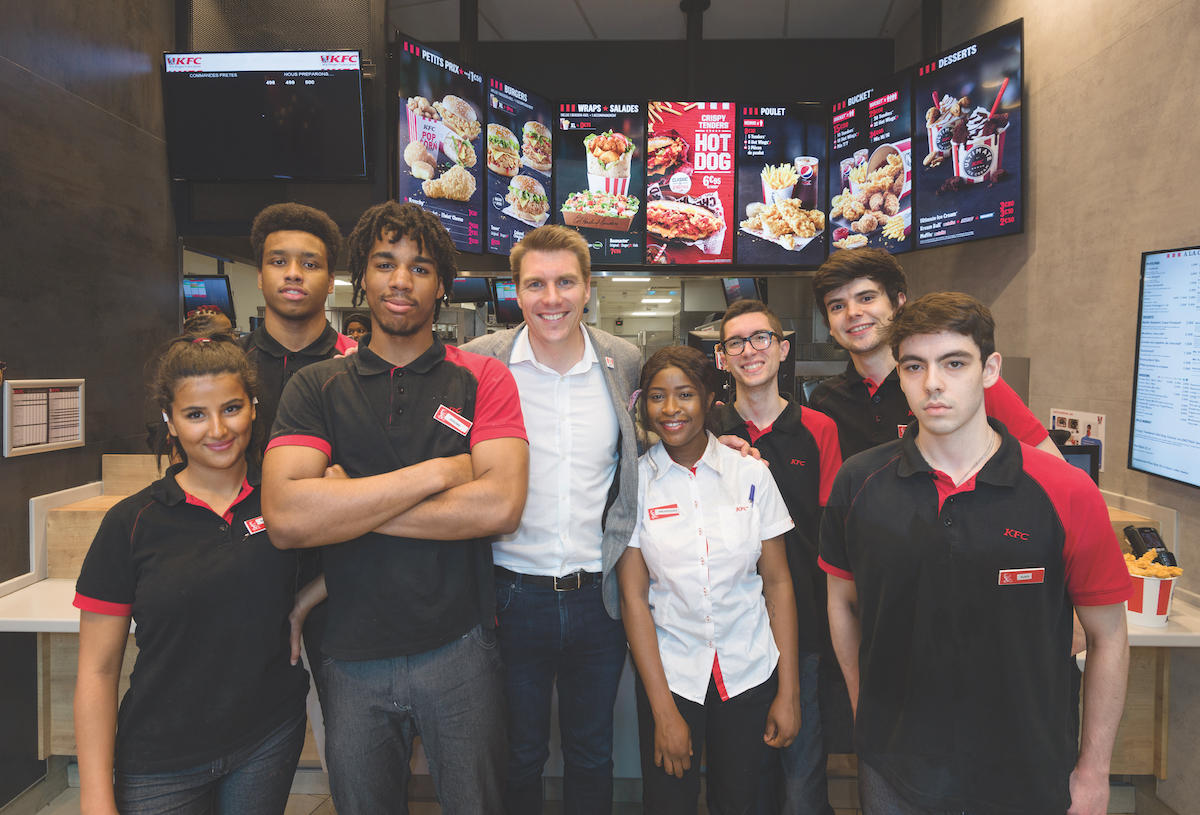 Impressive headway has recently been made into the second objective, easy, in particular. Cédric explains that the word describes how accessible the restaurant chain aims to become in France through multiple ordering channels and suitable pricing.

“Opening more restaurants is the fastest way to boost market penetration,” he asserts. “Currently, we are growing our estate by 10% annually, which accelerates our growth from a historic average of 16 openings per year to 25. We have a target of reaching more than 35 openings per year. This acceleration is only feasible thanks to our proven business model that brings solid returns on each investment. We are on a mission to grow from 260 KFC restaurants in France to 500. This would bring sales to €1.2 billion.”

It hadn’t always been so peachy. “I came into my current role at a difficult and critical time for the organisation,” Cédric recalls. “KFC France was in the midst of refranchising its equity restaurants following the global industry trend at that time, which meant a rather large restructuring and a deep impact on morale. These transformations are never easy.”

These difficult times only serve to highlight how ambitious the firm’s current growth goals are, but if anyone can lead KFC France towards such success, it would be Cédric. Born and raised in France, he graduated as an industrial engineer and gravitated towards international opportunities right away, heading to Asia to work as a lean manufacturing engineer for energy solutions firm Schneider Electric. 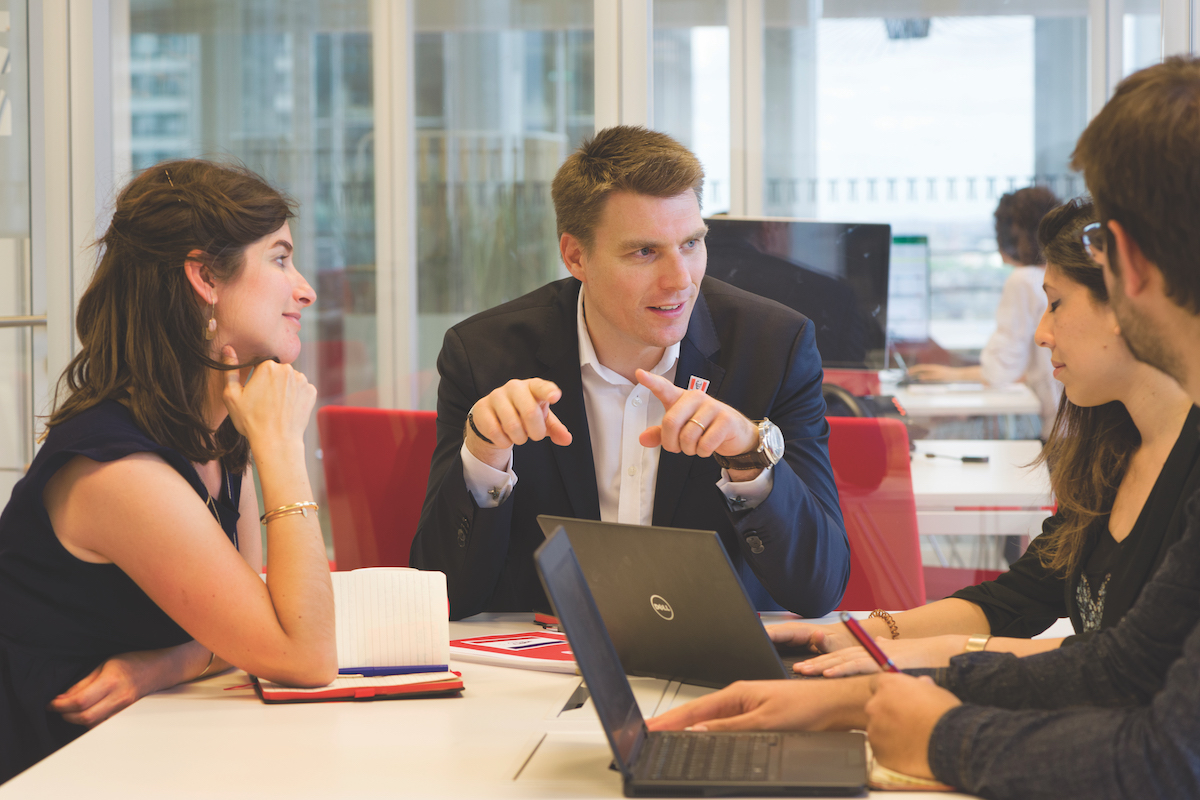 In this role, he honed his knowledge in best practice implementation in factories across the region before moving on to share that knowledge with clients as a consultant with McKinsey & Company.

“I like to say that I learned to think and influence during my eight years at McKinsey & Company before I joined Yum! Brands (KFC’s parent company) to lead an organisation,” Cédric shares. He also considers his international experience to be an asset, saying, “I have lived in more than seven countries across Asia–Pacific and Europe. Embracing mobility has definitely given my career a boost.”

His background in consultancy and lean manufacturing continues to influence the way he leads KFC France. “We operate on a lean general and administrative expense model, with resources focused on growth,” he shares.

“This means that we cannot afford to hold the hands of our partners, and that’s why we prize those who are reliable and trustworthy so much. In addition, being in the food and beverage industry, we are required to follow high standards of freshness, quality and safety, making our reliance on good suppliers even more significant. We also operate in a very fast-paced business environment, where products can change on a weekly basis.”

Through the trials, tribulations and challenges of leading KFC France, Cédric is above all proudest of the renewed culture that has burgeoned since the restructure. “The culture and talent team achieved an incredible transformation within a year. We wrote an entirely new chapter in the organisation, attracting new talent. Two-thirds of the leadership team, as well as 30% of the staff in Restaurant Support Centres, are new,” he shares.

“The environment in the office now is professional but informal; egos are kept in check, allowing everyone to flourish. I am often humbled by the talent and dedication of the 14,000 people working for the KFC brand in France. They have an incredibly hard job to do.”

If you think KFC France’s Bucket Bangers Spotify playlist was wacky, you probably haven’t seen the free video game the fast-food giant launched in collaboration with creative agency Psyop in September last year. Called I Love You Colonel Sanders: A Finger Lickin’ Good Dating Simulator, it’s a humorous parody of the Japanese dating game genre, complete with cutesy characters such as a Dog Professor named Sprinkles and a young, buff Colonel Sanders with perfect anime-style hair and a sharp jawline.
Players take the role of new culinary school students, who meet the talented Colonel Sanders in class and quickly become intrigued by him. The goal of the game is to get the Colonel to fall in love with you before the semester, which is three days in game time, ends. The storyline is revealed through dialogue between the game’s characters and the player must pick the right response when presented with dialogue options, or risk losing the Colonel’s attention.
This isn’t the first time the Colonel has taken on a different persona. KFC has also turned him into a star footballer for football season, as well as an influencer for a tongue-in-cheek social media campaign, among many others. In a comment she made about the game, Andrea Zahumensky, KFC US’s Chief Marketing Officer, said that the goal of such marketing stunts is to make the Colonel a part of pop culture.
Of course, the constant in-game mentions of the Colonel’s secret blend of 11 herbs and spices and his quest to create the perfect fried chicken probably created a craving in many a player for a visit to the restaurant. That couldn’t have hurt the chain’s revenue either. 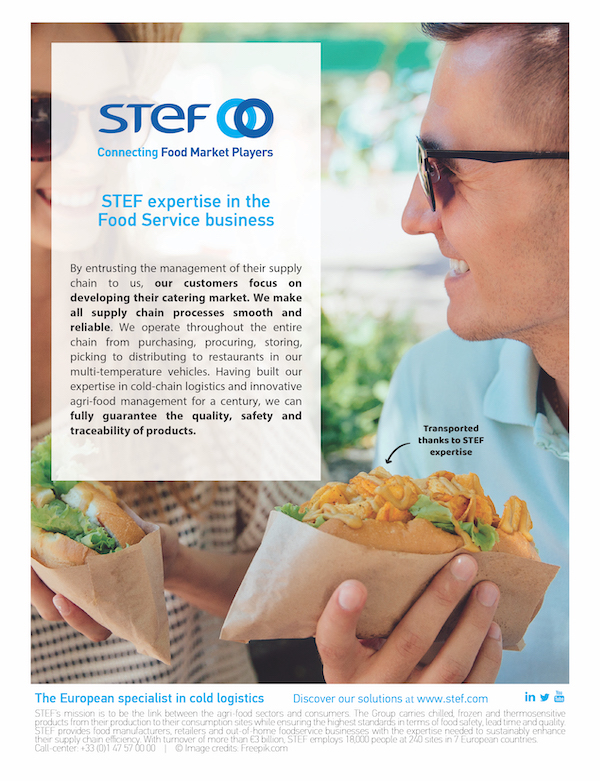