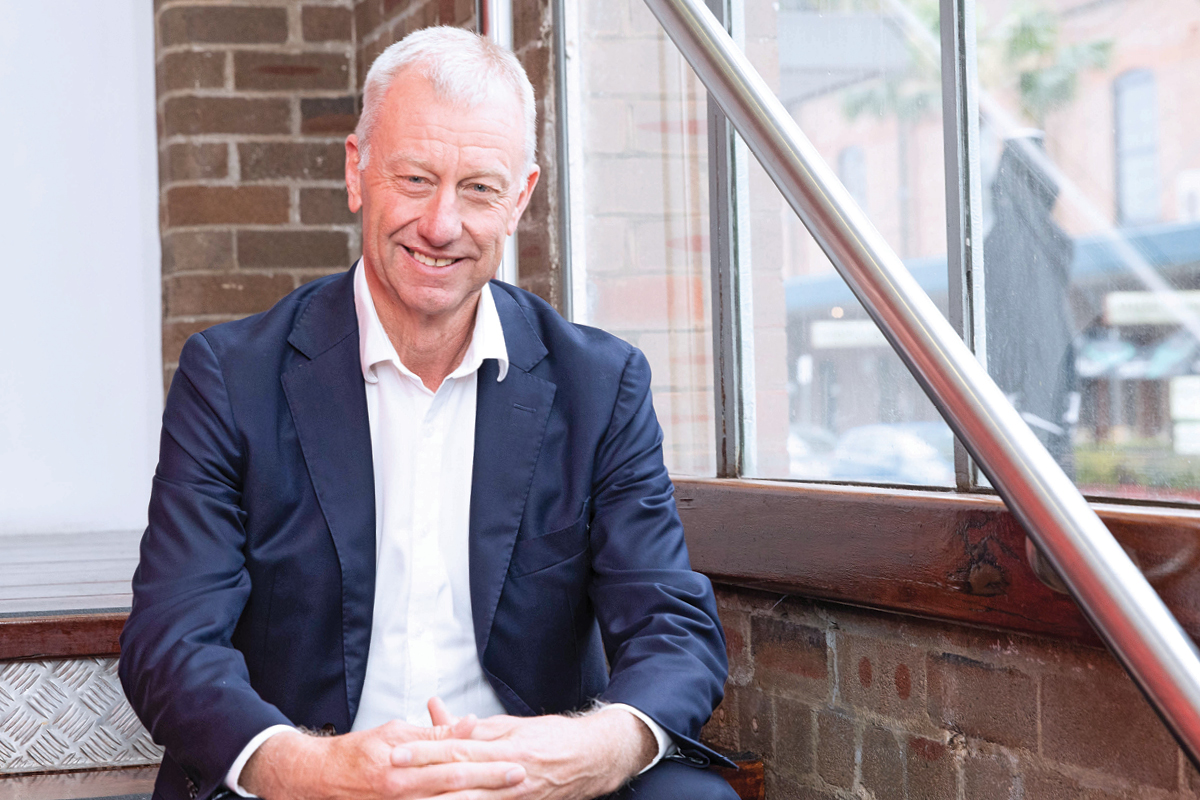 Millions of Australians have grown up eating Arnott’s biscuits. Their childhood memories are filled with eating SAO biscuits at Grandma’s house, making Vegemite ‘worms’ with their Vita-Weat crispbreads and enjoying Tiny Teddy treats in their school lunchbox. For Aussies, Arnott’s is much more than just a food company – it’s a treasured piece of our history and a national icon.

This is one of the reasons why Craig Funnell is so passionate about working for the iconic biscuit manufacturer. “We’ve all grown up with Arnott’s biscuits and we can all remember those moments with family and friends when we enjoyed a Scotch Finger or a Tim Tam, and it generally relates to good times,” he says.

Craig has been Campbell International Vice President Supply Chain since 2002, but his affection for the company stems back much further than that. “I fondly remember sitting on my grandmother’s knee wading my way through a packet of Family Assorted biscuits back in the early 1960s,” he recalls.

One of the things that Craig has noticed during this time with the company is that there’s an enormous amount of pride associated with the brand. “Everybody you meet, whether it’s the Prime Minister or a taxi driver, when you tell them you work for Arnott’s, they all want to tell you what their favourite biscuit is. They’re very passionate about it. Everybody has a biscuit story. I don’t think there are many businesses in this country, quite frankly, that gets that reaction.”

The history of Arnott’s dates back to 1865, when Scottish immigrant William Arnott opened a small bakery on Hunter Street in Newcastle, New South Wales. From these humble beginnings selling bread, pies and biscuits to locals, Arnott’s has grown to become a household name.

“KKR is well aware of the fact that they’ve bought an iconic Australian company, and they certainly aren’t going to shrink the Tim Tam.”

In 1997, Arnott’s was acquired by United States-based Campbell Soup Company and became Campbell Arnott’s, yet the organisation is still proudly Australian and maintains local manufacturing operations. Over the past six years, the company has invested more than A$240 million towards Australian manufacturing.

“Arnott’s is an iconic brand with an iconic set of products that has been around for decades. Our reliance on the Australian food supply chain is significant,” Craig explains.

“If we were to begin changing those ingredients to wheat from other countries or looking at different strategies for dairy or sugar, for example, we would start to impact the way the biscuit tastes, the texture, the profile. And then we’ll have consumers saying, ‘It doesn’t taste the same. What have you done to it?’ Our consumers are very quick to tell us when something’s not quite right. We’re so integrated into this magnificent food supply chain in Australia that it would be impossible to unravel. We have that catchphrase, ‘There is no substitute’, and we truly believe there is no substitute.”

In August, Campbell announced it was selling Arnott’s to global investment firm KKR, with the deal expected to be finalised in the first half of fiscal 2020. Although an ownership change can cause some upheaval within a business, Craig wants to reassure consumers that the products they know and love won’t change. “KKR is well aware of the fact that they’re backing an iconic Australian company, they want to protect and grow the brand and they certainly aren’t going to change the Tim Tam or do anything that’s likely to upset or take away the affinity and the equity we’ve built up with our consumers over the years,” he says.

“They’ve made it very clear to us that they’re supportive partners, not operators. They very much believe in giving us autonomy to run our business. They’re not going to come in and wholesale change the business or do anything that’s going to damage the reputation our products have in the marketplace.”

Although rumours of a potential sale were circulating for 12 months before the official announcement, Craig reveals the impending change has had little impact on workplace morale.

In fact, for three years in a row, the organisation has achieved top 10 ranking on the annual list of the 50 best places to work from research institute Great Place to Work Australia. “To think that we still rank in the top 10 is fantastic,” Craig enthuses. “Obviously, you can get disengagement from a workforce through a process like that, but we really didn’t. Our people are very proud of this business,” he says.

These days, 17 years is a long time to stay in the same role at one company, yet Craig’s enthusiasm hasn’t dampened over time. “I absolutely love the brand,” he grins.

“I love the fact that we are a complete end-to-end business in Australia and we develop every product from scratch. We make everything that we sell here, which obviously provides some significant challenges for someone in a supply chain role like I am. We provide a lot of jobs for both direct employees and our suppliers and we make a great range of products that we are truly proud of. That’s the fun part. I jump out of bed every morning and can hardly wait to get to work.”

“We make a great range of products that we are truly proud of. That’s the fun part. I jump out of bed every morning and can hardly wait to get to work.”

During the past century, more than 50,000 Aussies have worked for the company. Today, Arnott’s employs over 2,000 people in Australia, as well as several thousand across the Asia–Pacific region. As further evidence of the company’s commitment to its roots, Arnott’s proudly supports Australian farmers.

In the past decade alone, the company has spent more than A$3 billion on sourcing raw ingredients and services from local farmers and businesses, boosting the economy of rural and regional Australia. Craig believes it’s essential for the company to work cooperatively with its suppliers to ensure the company produces quality products. “We’ve been working with Allied Pinnacle for decades,” he says. “They know where to source the appropriate wheat for our biscuits. They have a very good relationship with family growers that have been growing wheat for Arnott’s for decades.”

Arnott’s has also teamed up with its suppliers to adopt more sustainable packaging for some of its products. In 2017, the Arnott’s Multi-Pack Centres opened in Sydney and Brisbane, featuring state-of-the-art equipment and technologies. The new facilities allowed the company to begin packaging its popular snack-pack products into cardboard box outers instead of plastic.

“Orora and Amcor, two of our major packaging suppliers, are very much in the tent with us on packaging innovation. To sell the product in the supermarkets, you really have to be at the forefront of packaging technology and design,” Craig points out.

In 2017, the company received two Australian Packaging Covenant Organisation awards for both Outstanding Achievement in Packaging Design and the overall Food and Beverage category winner, recognising its efforts in implementing mandatory sustainability training for its internal packaging team.

“The company is also committed to using more sustainable packaging formats in the future, and taking a leadership role in redefining the type of packaging that we want to put on the shelves to ensure that it’s sustainable and complies with national packaging targets.”

In addition to reducing the company’s environmental impact, the Arnott’s team is equally passionate about assisting Australians in need through the Arnott’s Foundation. Established in 2005, the foundation’s goal is to make a positive contribution to the families and community that have supported the company over the years.

The Foundation raises more than A$1.1 million a year, which is donated to charities such as Camp Quality and Fairy Sparkle. As Chairman of the Foundation, Craig feels privileged to be able to help brighten the lives of families battling childhood cancer.

“Arnott’s is an iconic brand with an iconic set of products that has been around for decades. Our reliance on the Australian food supply chain is significant.”

“Fairy Sparkle is a wonderful woman who visits very sick children in hospitals and tries to make their day bright by sparkling them with fairy dust,” he says. “And, of course, Camp Quality helps families who are going through a very difficult time battling childhood cancer.”

Over the years, Craig has met many families who have benefited from the Foundation’s fundraising efforts, however, there was one little boy who left a lasting impression. “A number of years ago, I got to meet a young fellow who had cancer,” Craig remembers.

“I said to him, ‘Look, I’ve got a job to be done and I don’t know who to ask, but maybe you’re the right guy.’ You know, he was knee-high to a grasshopper, and he looked up at me and said, ‘What’s the job?’ I said, ‘Well, I want someone to come and taste chocolate biscuits for me as they come off the line, but I can’t find anyone for the job. Would you be interested in it?’ He had this big smile on his face. His mother told me that she hadn’t seen him smile in the past two years. So we took him out to the line and he sat on the end and chomped away on chocolate biscuits and had the best day of his life. We often do little things like that and it costs us nothing, but it’s one way of giving back to the community.” 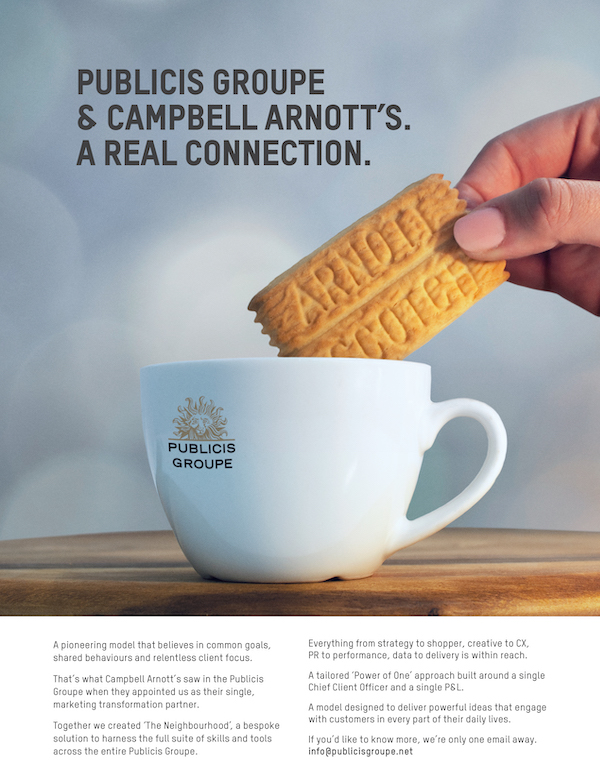 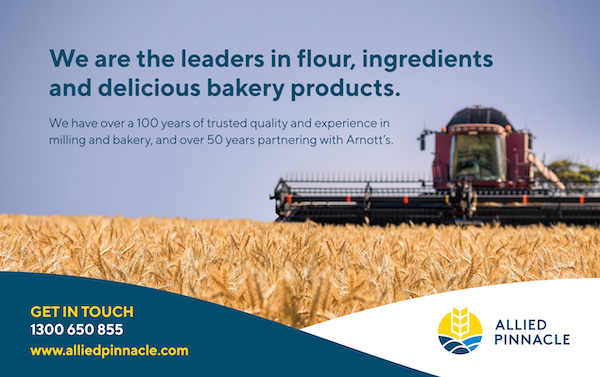 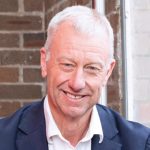