When German baker Harry-Brot appointed Frank Kleiner as its new CEO in April 2018, it entrusted him with 333 years of hard work and history. The company began life in 1688 as a small baker in Hamburg and over three centuries has become Germany’s market leader for bread and baked goods.

“To keep this success story moving was, I think, the biggest task I faced from the beginning,” says Frank, who at the time was fresh from a four-year run as Managing Director at multinational bakery firm ARYZTA. “Growth at ARYZTA looked entirely different. You’d be buying this bakery in Holland, that bakery in Denmark, that bakery in Hungary and so on. Harry is clearly a different story, because you’re adding businesses together and building synergy within just one country.”

To keep this success story moving was, I think, the biggest task I faced from the beginning.

It’s one thing to make your mark on your new place of work; changing ways at a company with a history like Harry-Brot’s is an entirely another matter. “There are so many people at Harry with a long history with the company, very experienced people. My predecessor was in the role for 25 years and he was one of the owners of the business. Also, there wasn’t a lot of change at the top level, so I had to earn the trust of such an established team.”

Despite his industry experience – Frank also spent nine years at Lieken, which is Harry’s biggest competitor in Germany – there was an inherent danger in simply applying what he already knew. “It’s so dangerous to walk in and say, ‘I know this market’ and start from the top without taking the time to get to know the company from top to bottom,” he explains. “You have to visit the regions, go to every bakery, understand the difference in production, the difference in the fresh delivery model. This inside-out learning was, for me, one of the keys to this role.” 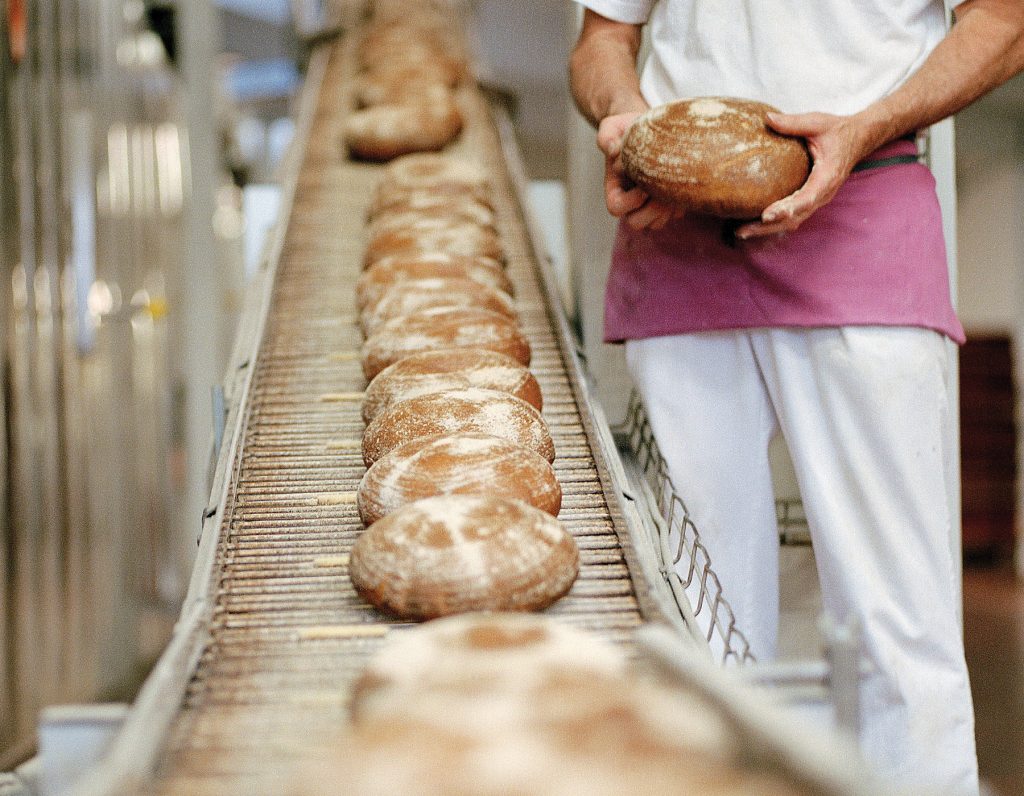 It was a welcome challenge, and one that involved a complete overhaul of Harry’s enterprise resource planning system. “You can’t lead a business if you’re only going to be a helicopter CEO,” Frank points out. “You really have to step into the insides to make sure any growth is long-lasting and the business you gain isn’t just for a year or two, because we’re in a tough market environment.”

As such, the legacy system Frank inherited made way for SAP. “I’m very happy we’ve made the progress we have with that, and it was only this past summer that our ERP transition was completed,” he says. “In a business with 10 production sites and 40 logistics locations, that was a big project for us.”

Taking the reins of such a large organisation was a responsibility that Frank believes demands a sense of humility. “I wouldn’t say I’m a management guru, but for me personally, it’s so important to listen,” he stresses. “I have such a big organisation with so many people on the ground, out with customers or in focus groups with consumers that you have to keep listening to all of that to make sure it’s not just going in one direction.”

Instead of having one great bakery, we have a top standard at every one of our bakeries, and we do that by investing heavily in refreshing our lines.

However, what is now a team of around 5,000 employees originally began as one man’s direction. Baker Johann Hinrich Harry established his bakery on a foundation of passion and quality; his descendants are still involved in the business today. “We still feel as if we’re a part of the Harry family,” Frank says. “We have owners that are family and we also work as a family. Wherever Harry has a presence, there’s this Harry feeling.”

And that presence is sizable all over Germany. Harry’s robust range of bread, from multigrain and organic wholemeal to potato crust, enjoys sales of more than €1 billion. Sourdough, a particular specialty, rolls off every Harry-Brot line across the country as a standard – lines Frank says work in a way that’s unique in the industry.

“Instead of having one great bakery, we have a top standard at every one of our bakeries, and we do that by investing heavily in refreshing our lines,” he shares. “It’s been eight years since we built our last top new bakery; instead, we might take two small lines out of one of our bakeries and replace them with one big new line. Our investment rate in these new lines is up to €80 million per year, and I think the reason we have such a great level of product is because of these innovations.”

Dough-making procedures have undergone some not-insignificant changes in 333 years, but Harry still employs the age-old multi-hour sourdough brewing process. However, the need to modernise while staying true to the Harry flavour is a fine line to walk. To do so, it partners with some of the best in the business to create and distribute its baked goods. “We’ve definitely grown technology-wise with our suppliers,” Frank says. “We try to combine supplier solutions – supplier A for part A, supplier B for part B, and so on – to ensure we have the best system possible.” 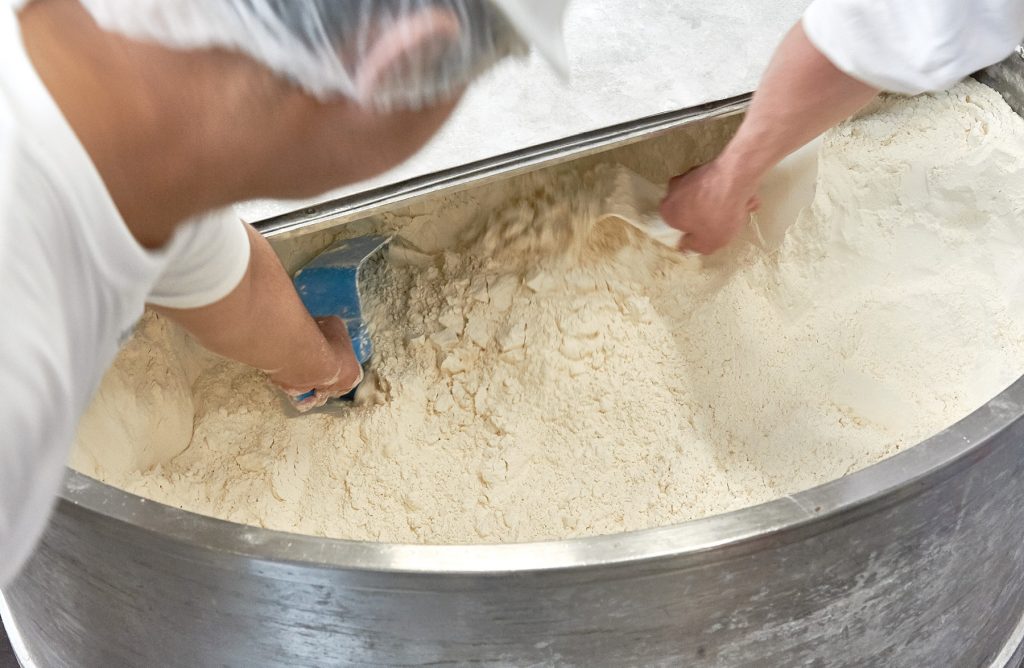 This way, the supply chain is an entirely in-house design, which Frank believes allows for the greatest level of quality control. “We have such big sites producing our bread and rolls, which are our focus,” he says. “We’re just 90 kilometres from our mills, where it’s really wheat and rye, no butter. It’s very much the German style.”

Harry’s mills are very aware of the company’s needs and ensure they use exactly the right ingredients. “That’s only possible because of our size,” Frank reveals. “We almost never change suppliers because this constant level of quality is vital.”

The adherence to traditional recipes means that Harry’s competition isn’t just the big industry players. “We want to compete with local, handcrafted bakeries because that’s still a very big community in Germany,” he admits. “That’s why it’s so important for us not to compromise on quality.”

Even with our long history, we need a long future, and therefore we need the right people and the right strategy. But I feel we’re on the right path.

With such a long and storied history behind him and a legacy of quality to live up to, you’d be forgiven for thinking Frank likes to take his time to achieve greatness; not so. “For us, it’s always speed to market,” he says. “How can we make the time between when the bread comes out of the oven to arriving on store shelves as short as possible? That’s what I have to keep in mind when I’m optimising my people, when I’m streamlining my supply chain. We talk about hours and minutes instead of days. This is very, very special in our business, and I try to keep it alive.”

As a new generation of bakers and businesspeople come together beneath the Harry umbrella to carry on making hay, Frank believes it pays to provide as many opportunities as possible. “You need to allow them to keep developing,” he insists. “The youngsters of today are the top leaders of our business tomorrow, and we need to do what we can to prime them for senior management positions when they become available.”

To do so, he explains, is the most sound investment any CEO could hope to make in their business, regardless of industry. “Even with our long history, we need a long future, and therefore we need the right people and the right strategy,” Frank says. “But I feel we’re on the right path.”

“The long business relationship with Harry is characterised by deep trust and reliability. This builds the foundation to successfully master the tasks of today’s business environment. The highest quality and sustainability can only be achieved through the value chain.” Steffen Salzer, CEO, Mühle Rüningen Stefan Engelke
“Successful cooperation with a customer for more than 20 years is more than unusual. Harry-Brot is one of our very few outstanding customers that supported us as entrepreneurs to grow substantially in development and experience with regard to product innovation.” Michael Gutting, Managing Director, Saalemühle + Dresdener Mühle 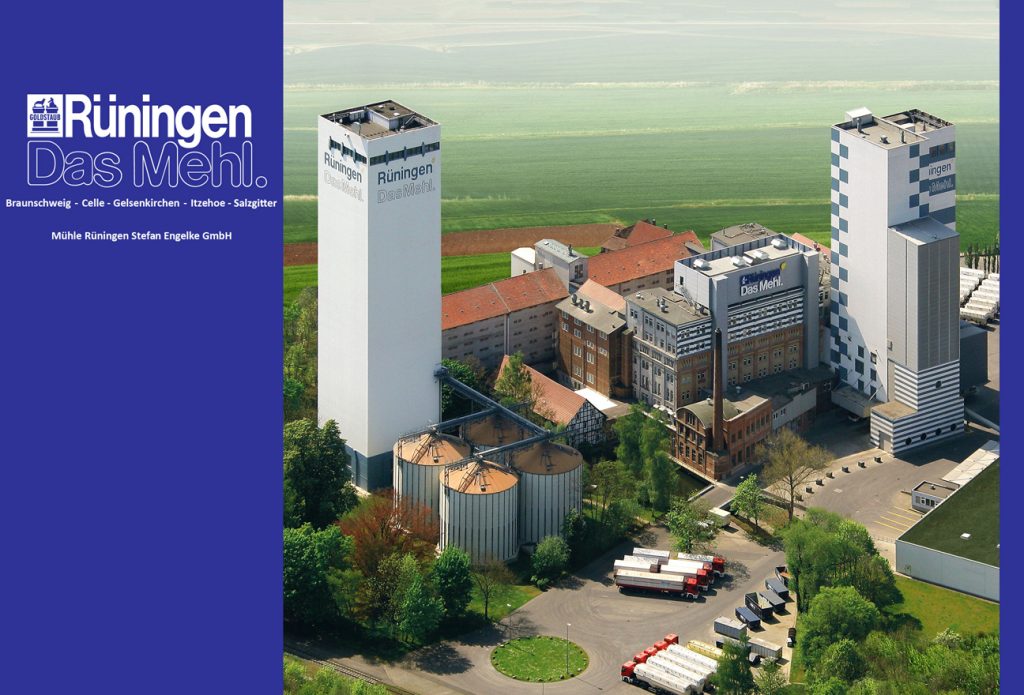