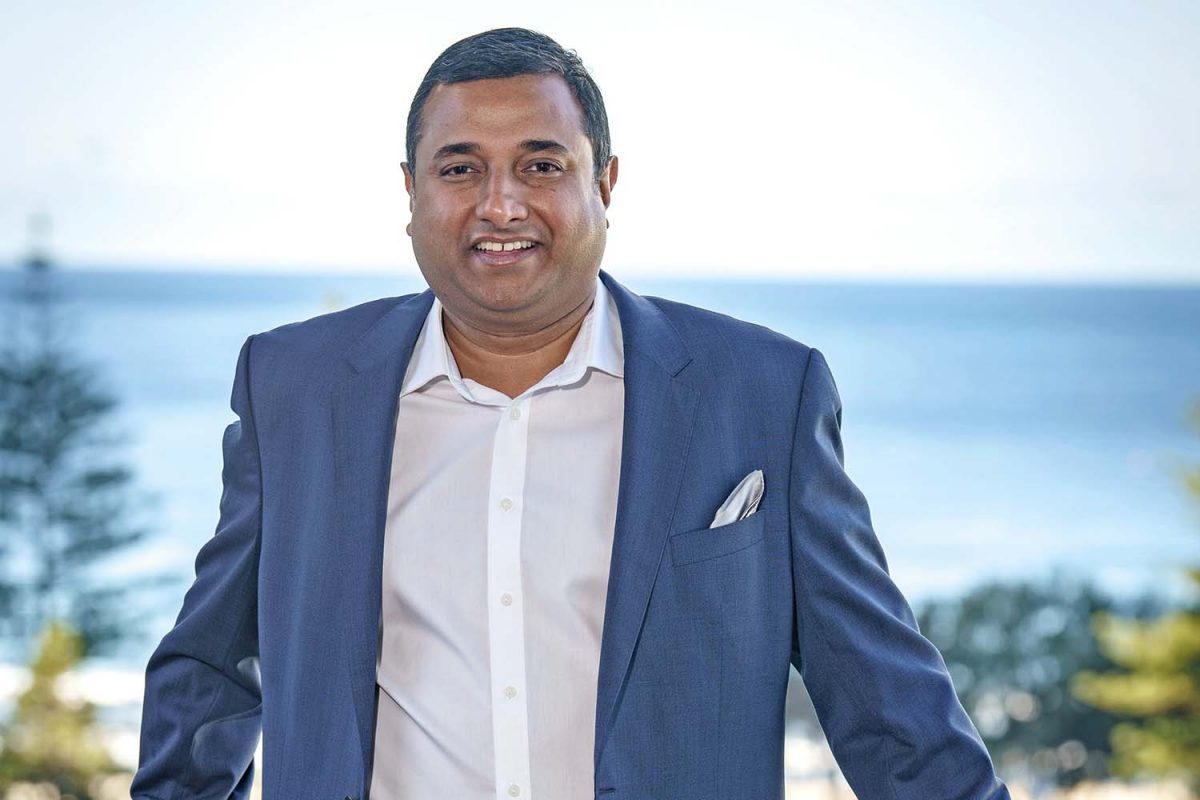 Life in January was looking pretty sweet for Hiranjan Aloysius. The CEO of dnata catering, fondly referred to as ‘H’ throughout the airline catering industry, was sitting in his Gold Coast office reflecting over yet another spectacular year of business.

Despite enormous challenges, the merge proved extraordinarily successful, doubling employee numbers to 4,000 and catapulting revenue. They were exceptional figures, considering the company was nearing bankruptcy when Hiranjan joined it 15 years ago.

He was confident 2020 would be the year dnata catering hit the billion-dollar mark. “I started the new decade very focused on extracting maximum synergies from the acquisition and leveraging it to grow the revenue to that billion-dollar target,” Hiranjan remembers.

“We’d set up a new leadership team, focused on integrating the two largest airline caterers in the country – both of equal size but with very different cultures and operating methods. We had a great start to the integration journey over the 18 months pre-COVID-19.

Through a lot of hard work and challenging every assumption, we completed a large part of the integration in record time, unlocked synergies, had minimal disruption to the customer base and maintained our excellent performance and safety record. We were ready to move forward in a big way.

Then COVID-19 hit and within two months, we lost about 90 per cent of our business. To be honest, it was incredibly difficult.” With airlines around the world grounded and not relying on catering services, it’s hard to imagine how Hiranjan keeps going.

This is a leader who is passionate about people, who cares deeply about the company he helped reform and build, and who fought, albeit unsuccessfully, for access to the Australian government’s JobKeeper scheme – which would have kept many of his dnata catering employees in work.

However, because of its foreign ownership, dnata catering was ruled ineligible for the subsidy, despite the company’s thousands of employees being Australian. “It’s been quite devastating personally,” he says.

“We had to let 1,000 agency staff go on a temporary basis, stand down 2,500 people and keep the remaining 500 on shorter hours.” Hiranjan says he recognised that “something was going to happen” very early on. With dnata catering successfully servicing the catering needs of all Chinese airlines and most of the Asian airlines flying out of Australia, he travelled regularly and was privy to chatter hinting about potential disruption caused by a virus.

“We saw it coming,” he says. “As far back as December, I saw signs that business was heading for trouble, but there was disbelief the virus would spread to the rest of the world. I speculated that with all the Chinese airlines we service, we’d probably lose about 20 per cent of our business. So in January, we started to look at all the moving parts and contain costs. We asked staff to begin taking leave, we cut overtime and looked at our capital and travel costs, and what was absolutely essential. While I could see 20 per cent of our revenue disappearing, I never thought it would end up being 90 per cent, but in just eight weeks, that was the reality.” Headquartered in Dubai, dnata has more than 46,000 employees worldwide working in catering, ground handling, cargo and travel. Its independent catering arm in Australia is one of the most successful companies in the group.

I believe if you create the right culture, the money and profitability will follow, as opposed to following the money first and hoping the culture will follow.

Over the past five years, dnata catering has reinvested much of its profits back into assets. Kitchens were built in Cairns, Sydney, Adelaide, Canberra, and Melbourne – the company’s flagship kitchen and one of the largest commercial kitchens in the Southern Hemisphere, capable of producing more than 750,000 meals a month.

In fact, with the company running 15 industrial kitchens throughout Australia, it’s one of the largest food manufacturers in the country. Quickly realising that relying on the few flights still running alone was not enough, Hiranjan looked to other avenues to generate cashflow.

Snapfresh, operating from a 5,600-square-metre facility in Logan, Queensland, produces 30 million ready-made meals a year, servicing industries including retail brands and outlets, health and aged care, education, government services and many other industries including airlines.

“We repurposed snapfresh to be able to offer high-quality frozen meals for domestic consumption,” he says. “We set up new sales channels, sourced logistics and got started quickly. It soon became apparent that there was a non-aviation market that we had never really tapped into. The product offering has now expanded to include bakery products and even our own ice-cream.

“Non-aviation catering will now be a permanent part of our portfolio. We are using our highly skilled culinary team to design a range to fit every budget. It feels like starting all over again with a shoestring marketing budget and a few dedicated people. The team worked long hours brainstorming ideas and quickly executing them, so we could start up a line of business completely different to what we are used to. That’s our standard, our dedication.”

That dedication is testament to the time and effort poured into dnata catering to build a culture based on the same family values Hiranjan recognised when asked by its former shareholder, UK-based Alpha Airports Group, to travel to Australia in 2005 to help its struggling Australian acquisition.

Hiranjan had been working for Alpha Airports Group as Regional Commercial Director for Asia while also sitting on the boards of its Asian joint ventures at the time. The Australian company was losing money post the Ansett collapse in 2002, which had decimated revenue. There were four airline caterers in the country at the time, with Q Catering being the biggest.

While I could see 20 per cent of our revenue disappearing, I never thought it would end up being 90 per cent, but in just eight weeks, that was the reality.

“We were just a minnow in the sea, but the company had a great culture encouraged by the founder who had remained as CEO, Peter Smith,” Hiranjan says. “Peter and I got to know and trust each other quite quickly and, together with a small core leadership team, transformed the company in the next decade from a loss maker to a A$300 million company.”

Since 2005, the company has had three owners, with Alpha being bought in 2007 by Italian retail giant Autogrill. The company is now wholly owned by dnata, having invested 49 per cent in 2007 and then 100 per cent in 2011.

“We knew dnata wasn’t that big into catering outside of Dubai at the time but saw how it could be a great long-term fit, due to our shared values,” Hiranjan says.

“Having worked with multiple shareholders in my time, I am grateful for the contribution each of them made. However, since we became wholly owned by dnata, they have placed incredible faith in us to support our growth. In the past three years alone we have invested more than A$300 million in facilities, a new fleet and, of course, the acquisition of Q Catering”

Hiranjan took over as CEO in 2017. “I haven’t had a dull year yet,” he shares. “In 2017, we commenced the first phase of our transformation process, recognising that we had a great company, but years of rapid growth meant we needed to optimise our cost base so we could step up to the next level. In 2018, we rebranded the company to dnata catering and doubled in size with the acquisition of Q Catering. We spent 2019 focused on integration, and now in 2020, we are forced to reinvent ourself to survive through COVID-19.”

“The key to our successful integration was the recognition that we needed to take the best from each side of the business to come up with a unique culture. Both companies had great pasts, but the future needed to be different and unified. I believe if you create the right culture, the money and profitability will follow, as opposed to following the money first and hoping the culture will follow.

“While we have built a strong, customer-focused culture, we have also ensured our people feel they belong to the company. That way, all the things you worry about, such as waste and inefficiency, are dealt with as a whole because your people just want to do the best for their company.”

Hiranjan is admirable in his optimism about the future, not only for dnata catering but for the aviation sector where nearly three-quarters of Australian personnel lost their jobs. He knows planes will return to the skies eventually, relying on dnata catering’s services, and he’s determined to have his team ready to go when they do.

“I have a responsibility now to make sure this company survives and then thrives, so it is able to bring back as many people as possible. Yes, this is the worst crisis we’ve ever faced, but the airline industry will bounce back and so will we.”