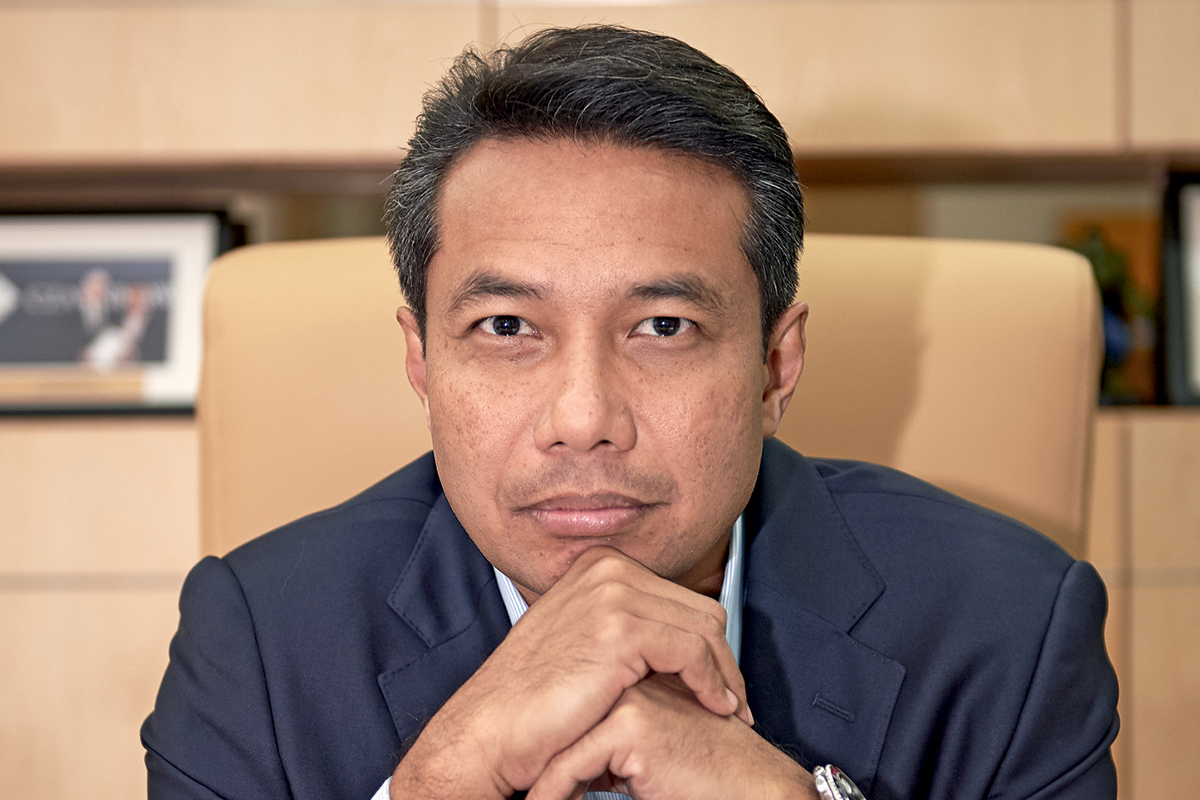 When Hishammudin Hasan was appointed CEO of Central Sugars Refinery (CSR), he made it his mission to shift the business from a ‘mill-refine-sell’ mindset to a fast-moving consumer goods (FMCG) mentality – fast, nimble and capable of introducing new products. “The first thing I did was tell everyone that if we do not change, we will become irrelevant,” Hishammudin tells The CEO Magazine.

CSR is one of the top sugar refineries in Malaysia. It produces 1,800 metric tonnes of sugar per day, with products including white and brown sugars for general use and industrial-grade sugars for food and beverage manufacturers.

When thinking of how to change the company’s business model, Hishammudin and his team first identified the major trends among consumers. At the top of the list was health and wellness. “The rate of health consciousness varies from one country to another but there is certainly a shift towards health and wellness in general,” he says.

“In the sugar world, what we have at our disposal is the ability to produce brown sugar; a much better option in terms of wellness compared with white. So, there was a lot of communication we needed to do to convince people brown is better.”

From there, CSR decided to reduce the price of brown sugar. “If you look at the supermarkets, brown sugar and the so-called ‘better sugars’ are at a much higher price than white sugar,” Hishammudin explains.

“So we said we’d make brown more affordable for the masses so that the hurdle for them to move over to brown becomes lower.” Since the introduction of a cheaper price, the brown sugar uptake has gained traction. “Our market share in the hypermarket and supermarket for brown sugar has risen very high,” he notes.

Hishammudin joined CSR in 2018 after many years spent in the FMCG sector. Originally from Singapore, Hishammudin says he was an active student who couldn’t keep quiet.

“I speak up if I see something is wrong or I see an injustice done,” he says. “I was never afraid to engage in a debate with a teacher as well.” As a result, Hishammudin was enrolled in a debating society, participating in both English and Malay events. “I also played football for the school and I was a middle-distance runner. I was quite the all-rounder.”

Such an active character proved beneficial when Hishammudin began his career at Nestlé Singapore. He was quickly identified as a worker with high potential and given a position in Thailand. In 2004, he was sent to Malaysia – taking his family with him – and immediately fell in love with the country.

“It’s very difficult not to fall in love with Malaysia,” he says. After 14 years at Nestlé, Hishammudin wanted to try something new. He joined multinational food and beverage company Mondelz to try an American style of business. However, after testing the waters, Hishammudin realised he was more suited to the European working culture.

“There is nothing wrong with the American way of doing things; it’s just not my style,” he says. “The European way of doing things is more steady and sustainable; they don’t sacrifice the long-term for short-term gain. Whereas in America, everything is done every quarter and you’re under tremendous pressure to deliver.

It took me being in an American company to realise I’m more European in my style of working.”

Promptly, he joined Danone to go back to a European company who sent him to Jakarta to help “reorganise” things there. Hishammudin then found his way back to Kuala Lumpur and back to CSR which, to the untrained eye, may not have seemed like the best option.

“To someone who might not be imaginative, it could be seen as a dead-end job,” he observes. “But what I saw was a company full of potential where the possibilities were endless.”

Hishammudin believes in the management acronym he coined called OIC:

“I like people who have ownership. Even the person who cleans the room has a very critical part and needs to have ownership as well on what he or she does.”

“Where we use our time and resources to improve productivity, eliminate waste, and ensure profitability.”

One of the latest products CSR has introduced is sugar with a low glycaemic index (GI). GI is a ranking of carbohydrates from zero to 100 according to how much they increase blood sugar levels after being consumed. In white sugar, Hishammudin says the GI is somewhere between 65 and 75. CSR found a company called Nutrition Innovation that had the technology to produce sugar with a rating below 55.

“We quickly reached out to Nutrition Innovation and said, ‘We’ll try this technology and we want an exclusive.’ They were very happy with our plan because no-one in the sugar industry was treating the sector like an FMCG, with branding and so on,” he explains.

“Our team did a good job of showing them our plans and our seriousness. And so, Nutrition Innovation gladly gave it to us. We’re now the exclusive partners in Malaysia for low-glycaemic sugar.”

While the low-GI sugar was initially met with scepticism among retailers, Hishammudin says they’re now all asking for it. “If you look at our Facebook page, we get a lot of questions like, ‘Where can we get this sugar?’” he explains.

“So we’re doubling our efforts to push the distribution and make it available everywhere in Malaysia. We focused on Kuala Lumpur first and we have more or less covered every supermarket and hypermarket. Now it’s time to fan out to the rest of Malaysia and make this sugar available in the general trade.”

The low-GI brand was launched in November 2018 and Hishammudin estimates that by the third quarter of 2019, CSR will produce around 3,000 tonnes a month.

Continuing with its mission to adapt to the health-consciousness trend, CSR partnered with the National Diabetes Institute of Malaysia to support its program of promoting a healthy lifestyle to help combat diabetes.

“Sugar on its own does not cause obesity or diabetes – the lack of a healthy lifestyle can,” Hishammudin highlights. “CSR is our name but we also want to focus on CSR, as in corporate social responsibility. We thought that, as a company that produces sugar, we want to educate consumers about a healthy lifestyle.” When it comes to leadership, Hishammudin values talent development.

“A good leader focuses on producing more leaders. It’s not about producing followers.”

“A good leader focuses on producing more leaders. It’s not about producing followers,” he says. “I tend to spend a lot of time on people. I really believe in talent. When I was given the honour of captaining this bus, I went about getting the right people first.”

If there is one thing Hishammudin is proud of since he arrived, it’s the pace and mindset change he advocated for finally coming to fruition. “The best part is we’re still evolving,” he says. “And there’s some way to go. You can see the changes starting to happen in a relatively short period of time.

“People have a mindset now that it is possible to be an FMCG company; it is possible to introduce new products, to communicate them and do what we want to do. Whereas before it was, ‘I don’t think so.’ The same thing happened with the pace.

I always tell our team we need to move faster because we want to be an FMCG. And now we see people responding. With a good mindset and with a faster pace, you can do a lot of things in an organisation.” 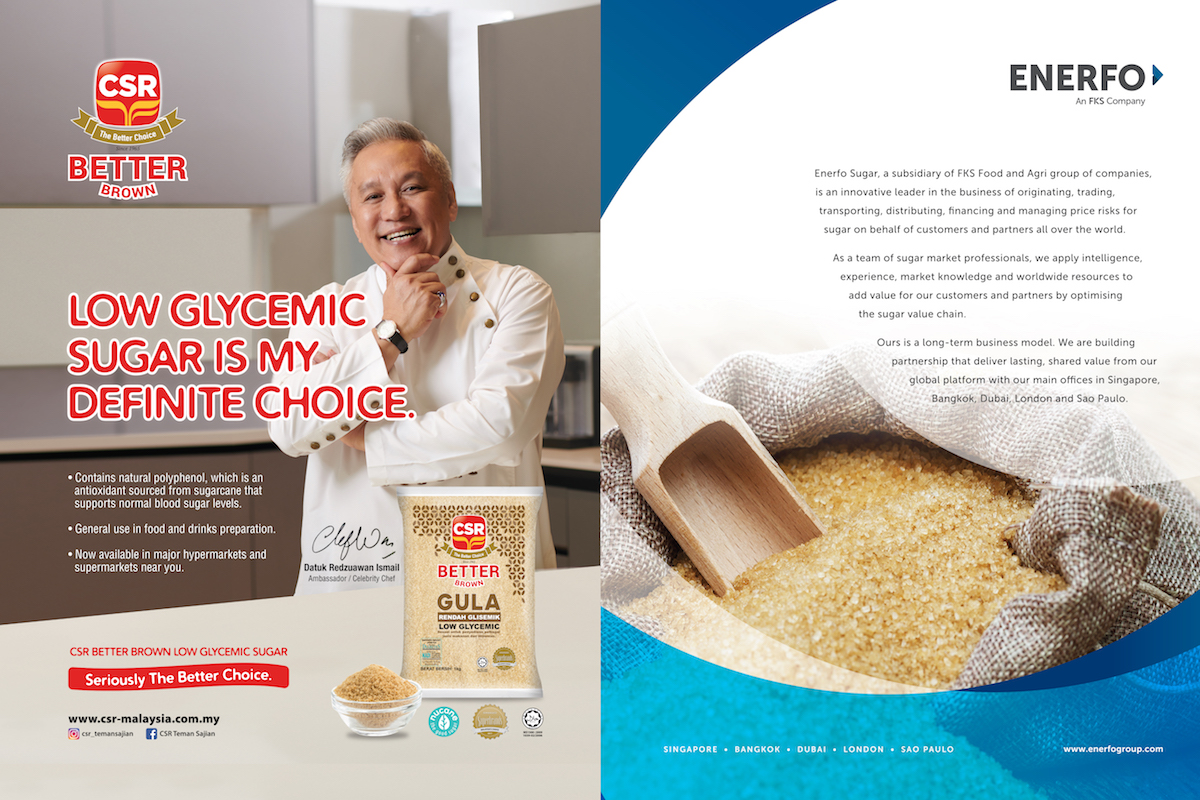 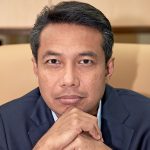