Brewing up a storm: Jan Craps 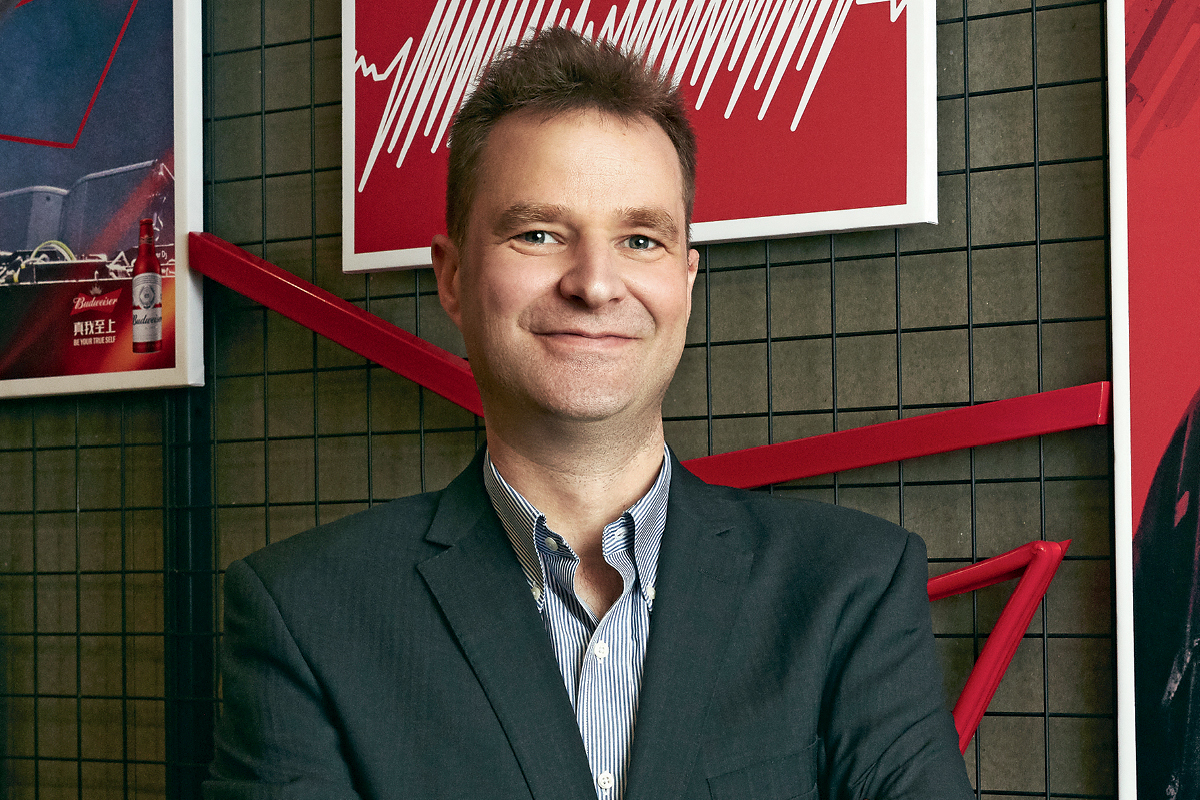 If there’s such a thing as a world drink, it’s probably beer. It’s a regular tipple in more than 170 countries, and beer brands from many of them are instantly recognisable right around the world, making it a truly global product.

The brewing industry is populated by an eclectic mix of brewers – from industrial behemoths that control large swathes of the global market to craft brewers who hold tiny percentages of the overall market but have inordinate sway in persuading people what to drink. It’s an interesting dichotomy, and one similar in some respects to the global wine industry.

Anheuser-Busch InBev (AB InBev) is the largest brewing company in the world, owning some of the most famous beer names on the planet – think Budweiser, Stella Artois, Corona and Hoegaarden. Indeed, the parent company owns seven of the 10 most valuable beer brands in the world.

Jan Craps, Co-Chair and CEO of Budweiser APAC, considers China the most exciting beer market in the world. It’s certainly the biggest, with one beer in four consumed there – or about 25% of the global beer volume. Little wonder that brewers are lining up to seek a share of such a huge market.

“It’s a market that is shifting quickly as premiumisation becomes more important,” says Jan, speaking of the impact of craft brewing on increasingly sophisticated consumer tastes.

“Consumers are trading up to premium brands. In the past 10 years, we’ve been able to take advantage of these trends, especially with Budweiser, the largest premium brand in China. In super-premium brands, we have Corona; it’s a very important brand for us, and China actually became the biggest export market of all our markets for Corona. Hoegaarden is the biggest wheat beer brand in China.”

While premiumisation is a major driver of company growth in the Chinese market for the foreseeable future, Jan’s second priority is success in the trading-up trends.

“We are already the market leader in premium segments with brands like Budweiser, Corona and Hoegaarden, but we also have craft brands in several countries, such as Boxing Cat in China and the Hand and Malt in Korea. We’ve launched Goose Island, an international beer brand. People who drink mainstream beer brands today typically trade up,” he points out.

“Our third priority is what we call adjacencies – we want to launch into segments that are alcoholic beverages but are not necessarily beer.” 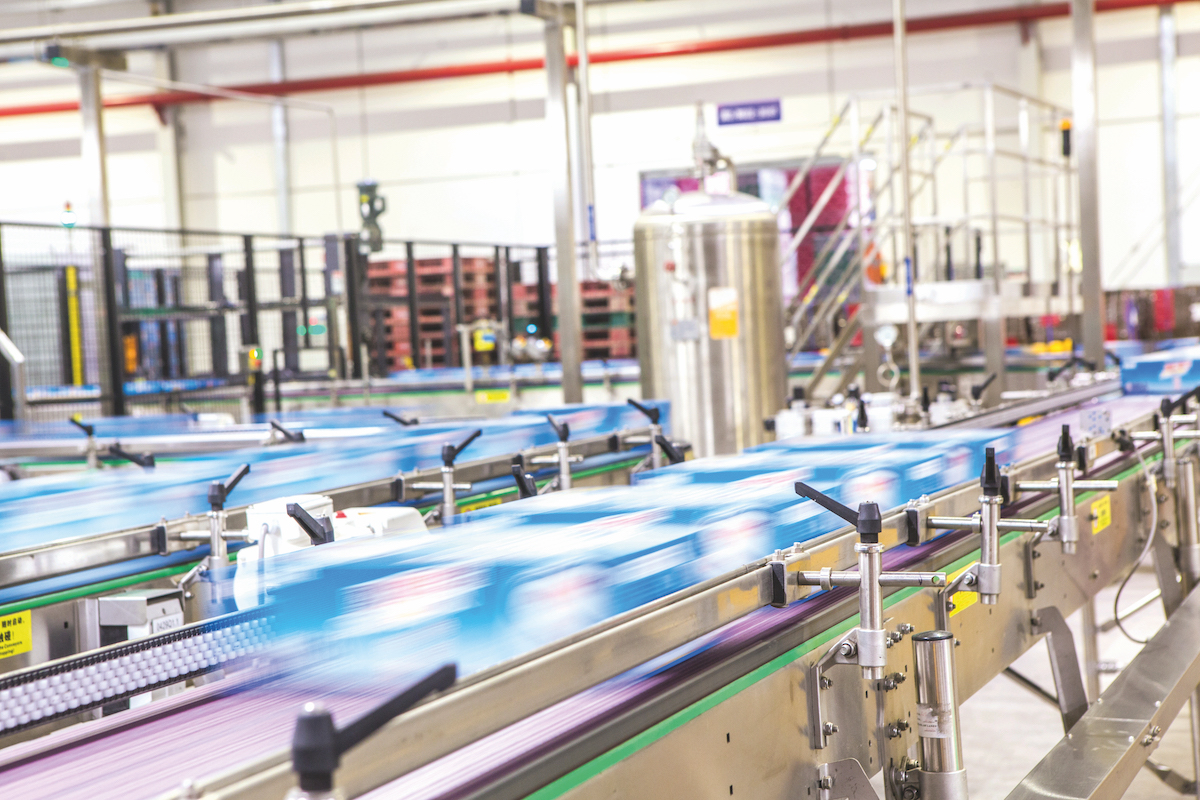 Outside Budweiser APAC’s three portfolio priorities related to premiumisation in some form, geographic expansion is still a major opportunity for the company.

Jan points out that Budweiser APAC is the largest brewer in China in revenue and profits, and one of the top three players in volume. Nevertheless, he sees more opportunities to expand geographically in China, as well as other markets like India and South-East Asia.

“We are investing a lot in our digital capabilities and technologies so we can change the way we do business,” he points out.

Budweiser APAC employs over 28,000 people in its more than 52 breweries and 53 distribution centres in Asia–Pacific, requiring a sophisticated human resources program to maintain a common purpose in its corporate culture.

“We have a very specific culture with 10 principles – we call it ‘Dream-People-Culture’,” says Jan. “We have a big dream that attracts people who want to achieve big things in their lives – the most talented people have big dreams – and want to be part of something big. Then you attract a group of highly talented people who are ambitious, want to be rewarded on a merit basis, and are motivated by working with people who also enjoy working hard and delivering exceptional results.

“We have a big dream, a dream that other companies will typically find impossible to achieve.”

“It combines putting the consumer first, but also keeping things simple and creating a very informal environment in which people can make decisions quickly without much hierarchy, and do things that they think will make the company bigger. So, creating that culture in that environment has allowed us to attract strong talent.”

AB InBev sells more than 10 billion litres of beer every year, so production and brewing installations to realise that volume are enormous. AB InBev has about 220 breweries across the world, and maintaining quality and consistency through all of them is contingent on strict guidelines.

“Each brewery tracks over 30 KPIs that cover everything from land efficiency and water usage to quality, consumer complaints and safety. If you look at our operational efficiency, we have a couple of key initiatives. One of them is VPO – Voyager Plant Optimization. It’s a benchmarking program. We share best practices between our 52 breweries across Asia, but also with our parent company,” says Jan.

“We have a very clear ambition to improve the communities around us and create a better world.”

Another is AB InBev’s drive for greater sustainability in its operations. By 2025, the company wants 100% of its products in packaging that is returnable or made from majority recycled content. Sustainability also hinges on stable supplier relationships to ensure the supply of materials and the quality never waver, says Jan, especially those who provide the hops and barley for production.

“We typically have very stable supplier relationships, and they become real partners. We look at the total integrated supply chain to optimise the processes and make them work better together,” Jan explains.

“We also work with a lot of very small suppliers. When you think about the farmers who grow barley, for example, in countries such as India or China, some are very small-scale farmers in remote communities and have difficulty making livelihoods. We have R&D teams and agronomists who help them select the right seeds and irrigation methods, with a commitment to buy the barley they grow. We support them to build a sustainable business that can grow.

“We typically have very stable supplier relationships, and they become real partners.”

“Having a dream of being the best in the world at something, I think, is very inspiring for people. Our dream is bringing people together for a better world, which is very inspirational for us because we really think that beer is a product that truly brings people together more than many other products can claim, and for a better world because in the end we operate in communities that are relevant to us. We have a very clear ambition to improve the communities around us and create a better world.”