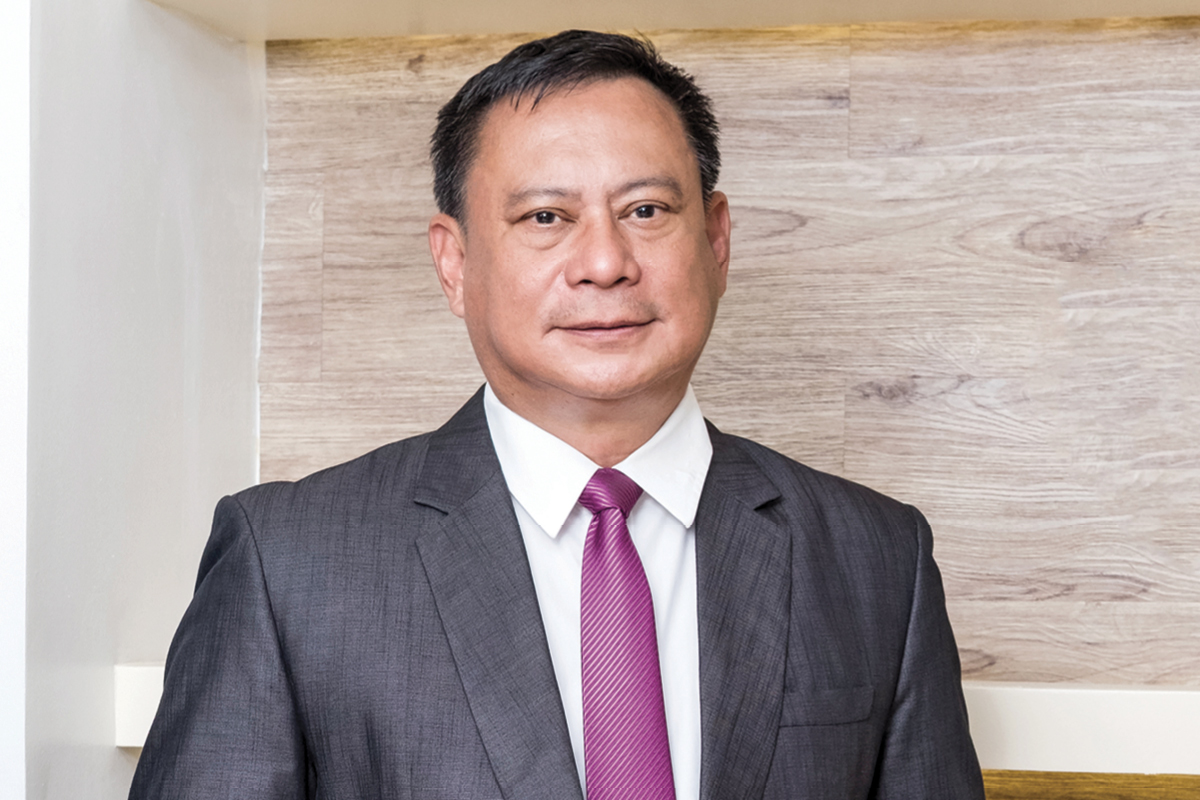 Cleaning toilets mightn’t be the most glamorous job, but it’s just as important as any other, and everyone has to start somewhere. Though today he’s the Co-Founder and CEO of flavoured French fries franchise Potato Corner, that’s exactly how Jose Magsaysay Jr started out, cleaning the rest rooms and kitchens at Wendy’s.

He even lists that experience on LinkedIn, and it’s not hard to see why – it’s a testament to how far you can go with a robust work ethic.

Jose was nicknamed JoMag by a Wendy’s colleague – and it’s a name that stuck. Jose is always referred to as JoMag now. While he was studying he also worked part-time to support his mother, and when he was offered a full-time position, it was an easy decision.

From there, he was trained in management, overseeing a store and then a district. Even though some of those positions involved a long commute or difficult hours, he accepted new responsibilities without complaint, evidence of his belief that determination and focus brings success.

“My advice to everybody is to work 100% on whatever they are doing,” he says. “A lot of people say you have to multitask, and that’s okay, but there’s nothing better than putting 100% of your mind into whatever you’re doing.

It’s like driving – when you’re driving, all your focus is on the road. The moment you pick up your phone, half your focus is on driving and half is on your phone.” With this solid grounding in business, JoMag and three other partners (his brother-in-law among them) started Potato Corner in 1992, with just 150,000 pesos, around US$6,000 at the time.

JoMag had to borrow money to make the investment, and a cart offering flavoured French fries was opened in SM Megamall, the second largest in the Philippines. It wasn’t altogether perfect, however; JoMag recalls the small team made their fair share of mistakes in those early days. “In the first three months, we changed our cart three times,” he recalls. “We weren’t entrepreneurs.

We were making all these mistakes. We realised the first cart had the wrong signage, so we changed it. Then two months later, we realised that we needed to improve again. The entire history of Potato Corner is learning and improving.”

As far as JoMag is concerned, taking risks and making errors are acceptable (within reason), since it gives an entrepreneur room to learn and grow. He believes that in failure the seeds for success are planted.

Nevertheless, JoMag has dedicated himself to improving in other ways, having undertaken a master’s degree in entrepreneurship to “take the company to the next level”. Although he says he wasn’t an entrepreneur to start with, he sees Potato Corner as fundamentally an entrepreneurial organisation – agile, cooperative and streamlined.

“Our DNA is about making sure that we’re focused on business,” JoMag says. “It means we’re small. We’re a micro-business – three people manning the stores. We make sure we’re always flexible and dynamic. To us, a decision has to be made within 24 hours. The decision on whether to open a new site should take 24 hours. We’re fast. We’re always ready.”

This agility is achieved through the company’s use of people power; JoMag compares it to Uber. “We used other people’s time, organisation and capital to grow,” he explains. “That’s why we could grow rapidly, by using other people’s resources.

We’re not an asset-based company. We’re an IP-based company – 80% of our stores are franchised. That’s how valuable our franchisees and partners are to us.” Potato Corner’s success is equally buoyed by an enduring, well-loved brand, alongside which its customers and franchisees have grown, too. 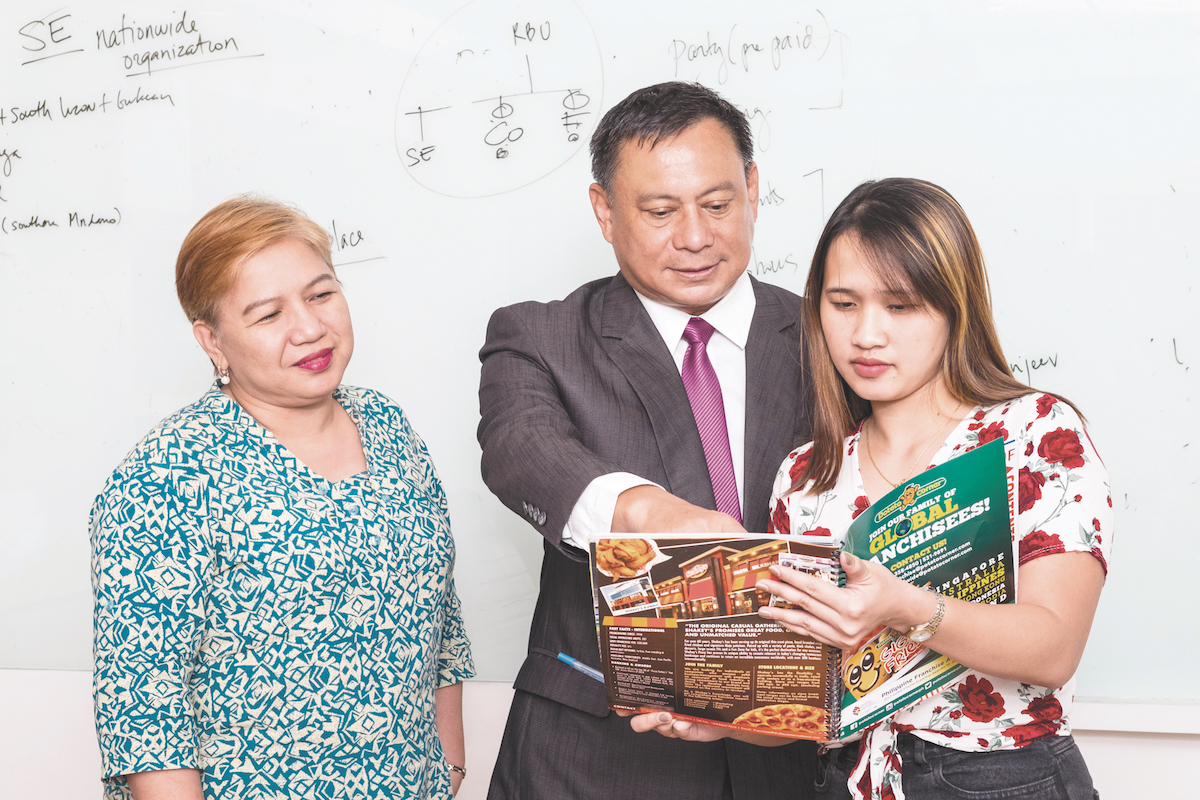 The company’s target market has always been children – in fact, a focus group of kindergarteners chose the trademark. But Potato Corner isn’t limiting itself by targeting only kids; deep down, JoMag believes we’re all kids, and customers will continue to patronise Potato Corner long after they’ve grown up.

“We make sure the flavours we have today are the same as what we had in 1992,” he says. “People can come back and say, ‘This is the same thing I used to eat 20 years ago.’ We’ve seen what happened to Coke when they tried to introduce a new taste.

“People will always have these sentimental feelings. We have to tap into that.”

For food, it’s important to stick to what made you successful, because people will always have these sentimental feelings. We have to tap into that.” 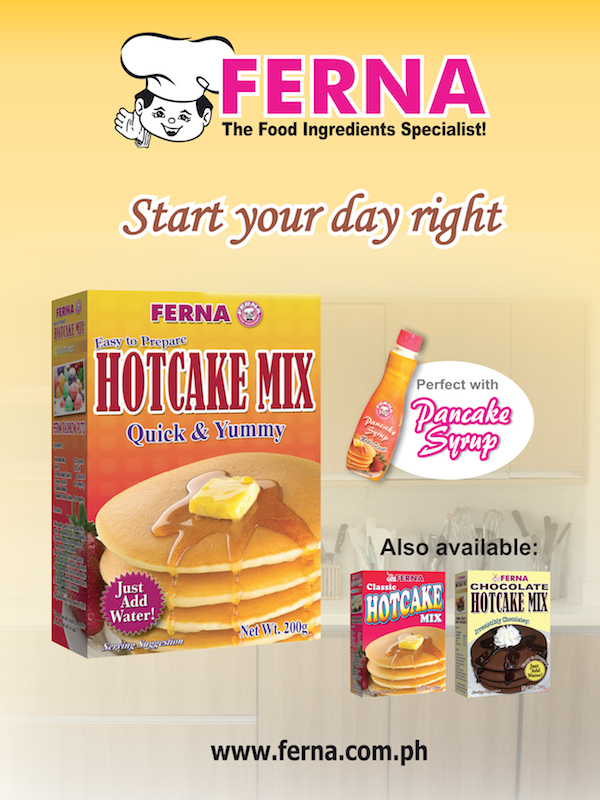 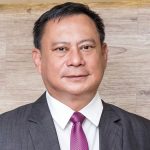