“They call us the Red Machine”: Raisa Polyakova 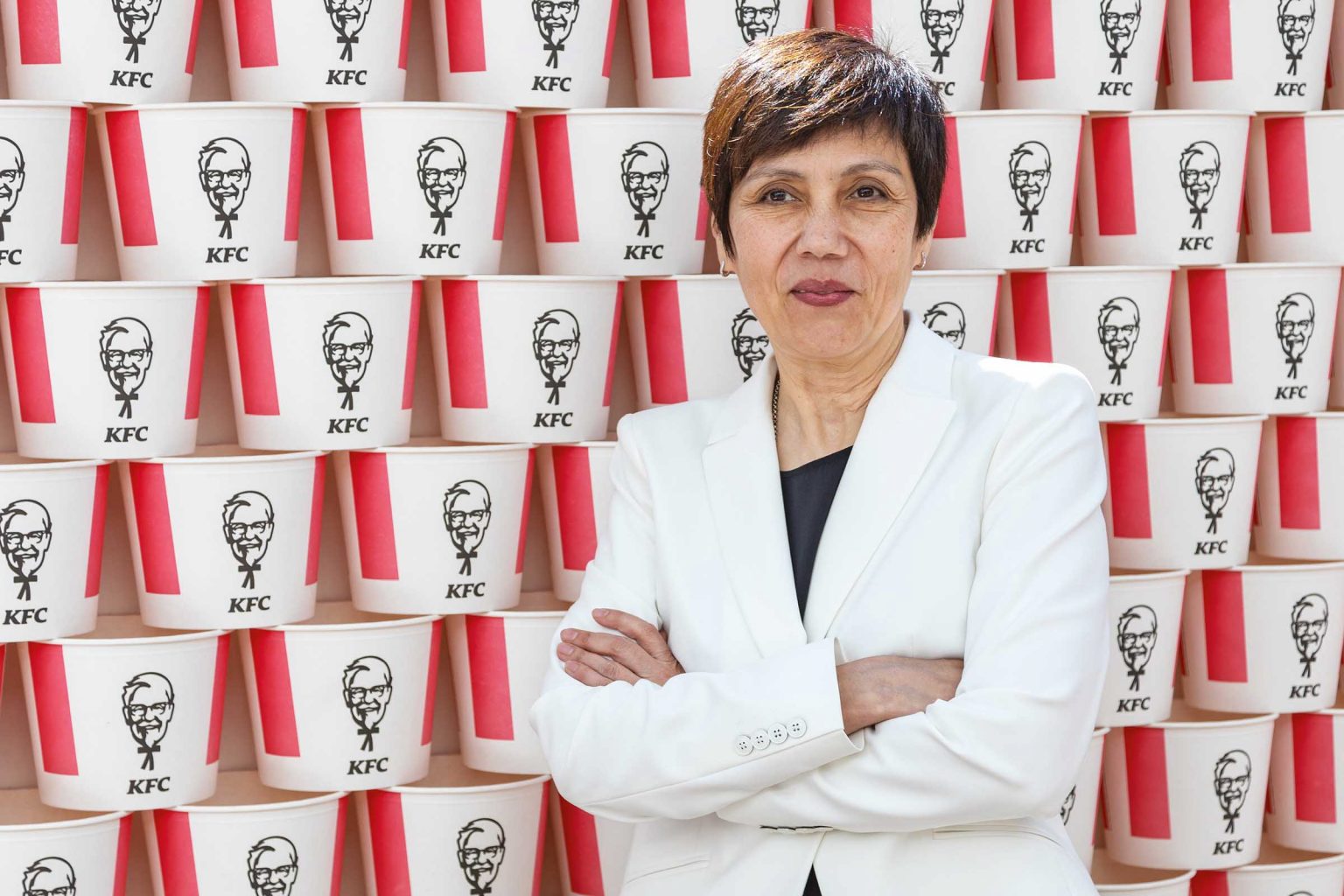 When Raisa Polyakova took the helm of the human resources department of KFC Russia in 2011, the company ran 150 restaurants across a clutch of major cities. “I became the member of a winning and very ambitious leadership team. We lived and still live under the ‘shoot for the moon’ motto,” she recalls. 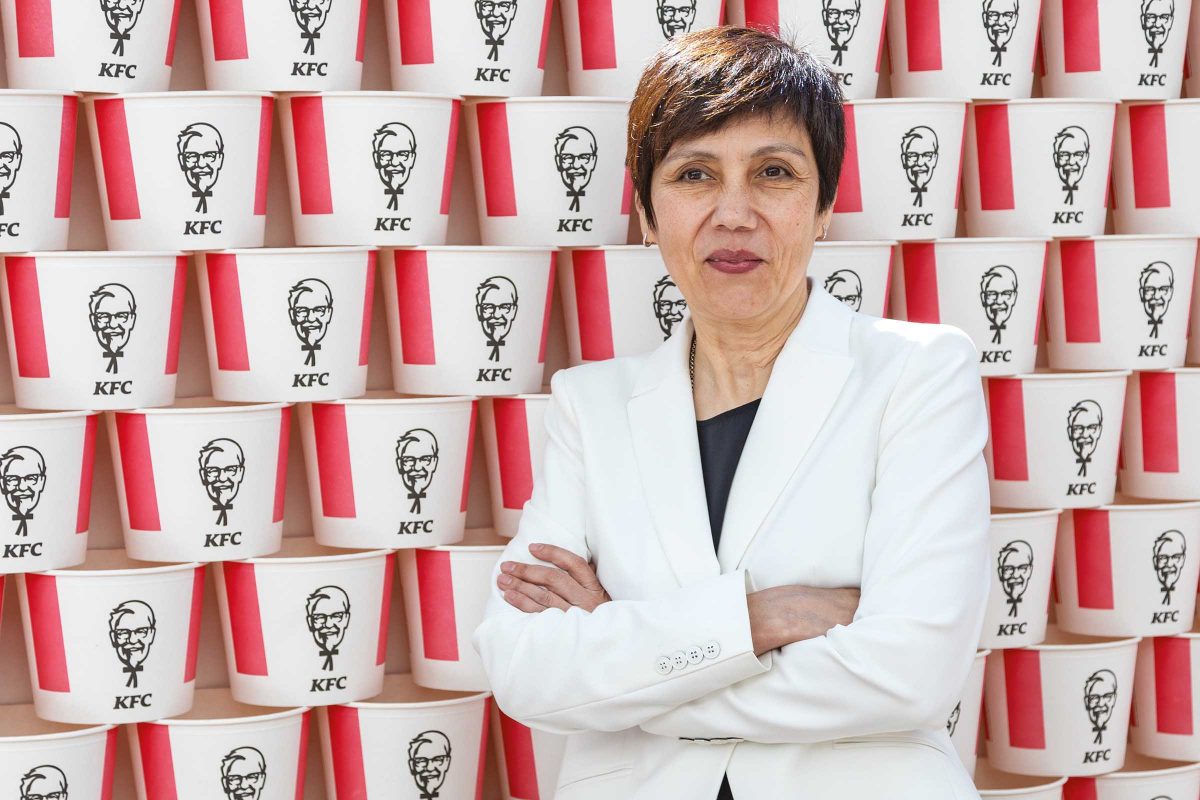 Even though KFC was rather small and the opening rate in 2011–2012 barely reached 15–25 stores annually, it was at this time that the daring goal of 1,000 restaurants in Russia was first uttered . As Raisa worked her way from HR into the Commercial Director role, the numbers grew to 500-plus in 2016.

When she was appointed General Manager in 2017, Russia was already a “machine”, building 100 restaurants a year. To compare, in 2019 alone, more than 160 new premises opened, and this year saw a very special milestone.

“We’ve recently celebrated the opening of our 1,000th restaurant, and next year we’ll open 200 more,” Raisa says proudly. “We sell 1% of all the chicken produced in Russia and 5% of the chicken wings. So we’re big. We’re really big.”

In fact, only three nations can currently boast more KFC locations: Japan has around 1,100, the US just over 4,000 and China nearly 6,100. The company is owned by Yum! Brands, the world’s largest restaurant company with around 50,000 outlets including brands such as Pizza Hut and Taco Bell. At the company’s headquarters in Kentucky, US, they have a nickname for Raisa’s operation.

This year is very special for KFC in Russia. It achieved its long-term aspiration and opened its 1,000th restaurant in Vladivostok, Far East. The restaurant became the first quick-service restaurant in the city with a drive-through option. The brand will continue to pursue its expansion strategy. In the first half of 2021, KFC had already opened 50 restaurants, and more great openings are yet to come.

“They call us the Red Machine,” she laughs. “It’s a great achievement, but there’s great potential for more. There are still cities across the region where we could open.” She also looks after KFC’s CIS operation, which has seen impressive growth too.

“Now we’re in Belarus, Kazakhstan, Georgia, Armenia and Azerbaijan. We’re even in Kyrgyzstan and Uzbekistan, and we’re just about to open in Tajikistan. There aren’t many companies that could be proud of being in that location,” Raisa points out.

“I just spoke to our general manager there, and she said she’s tired of getting calls from excited people in Dushanbe asking, ‘Could you please confirm that KFC is really coming?’” Launching a traditionally American product into so many culturally diverse countries can be a challenge, though.

“The KFC experience should be the same whether it’s Moscow or Tashkent, so even though we’re opening across thousands of kilometres in vastly different nations, we have to work hard to make sure that quality standards are maintained and procedures followed so the chicken tastes just as good in each one.” 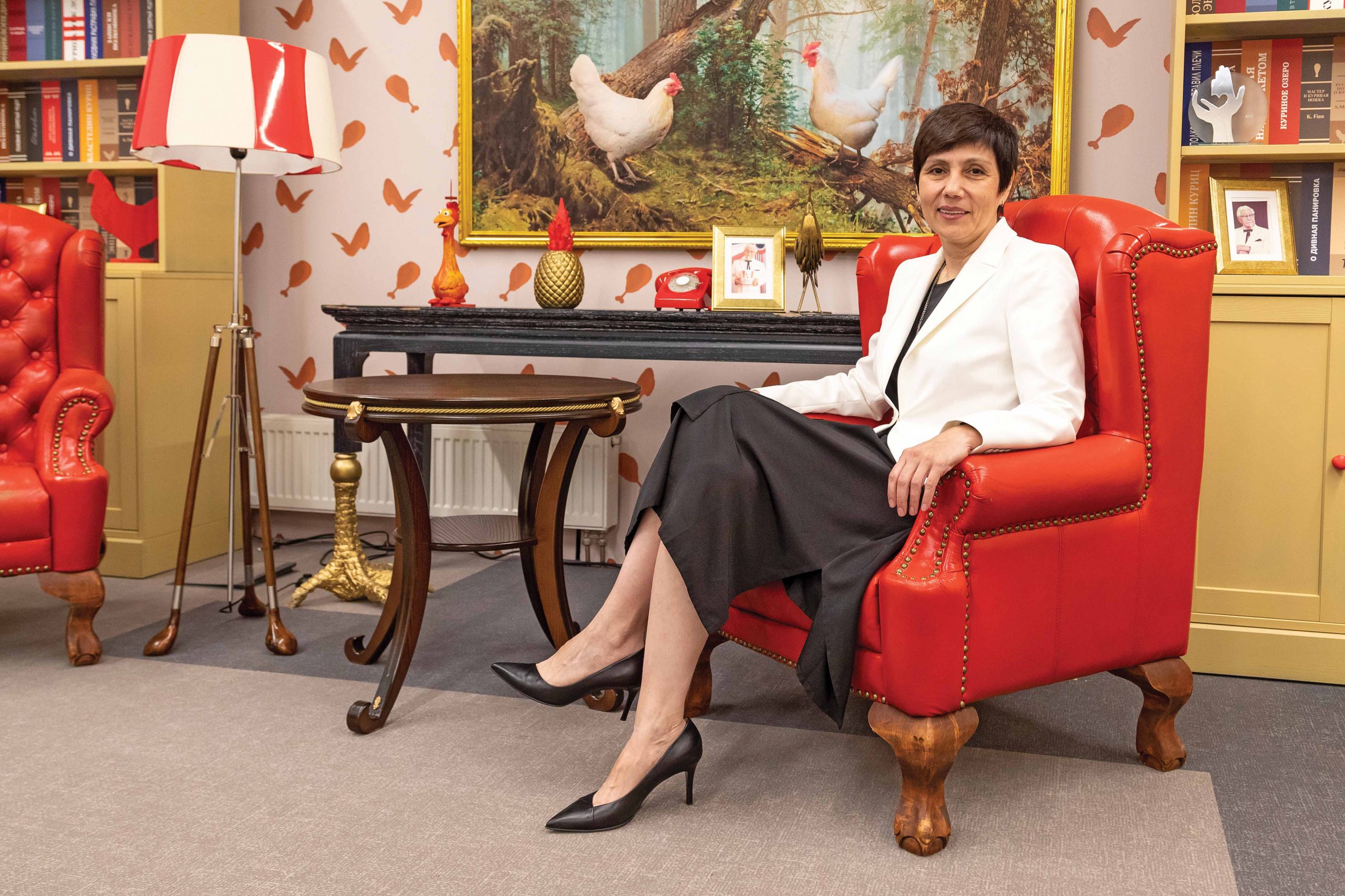 All this is maintained through a long-term partnership with its franchisees, who are the backbone of KFC’s business in the region. “We rely heavily on our partners who provide marketing and supply chain support, ensure high standards of operations and provide control of it,” Raisa explains.

KFC’s approach to dealing with suppliers is a mix of long-term partnerships and a personal approach to each company, allowing them to benefit from supplying to a big brand through developing their processes and facilities and even localising production linked to KFC’s demand in the region.

Most of the producers in the combined region of Russia and CIS, with 21 who supply the chicken alone, have signed long-term agreements with commitments on volume and price. It means the thousands of people who work for them also have peace of mind for the future. The biggest part of that process is recruitment, something close to Raisa’s heart given her background in HR.

“We get everyone who applies to work for us to fill in a test to find out how inclined they’ll be to support, to help and share joy with the customers,” she says.

“We don’t hire the ones who don’t follow the principles of hospitality established by Colonel Sanders. We have 18-yearolds in their first job with no experience, but that doesn’t matter. We teach them so they’re not only getting professional skills, they’re getting life skills. They’re away from their families and we show them how to behave and how to work in a team. Then we have those who are over 55. When we ask them why they want to work for us, they say, ‘It’s a good team and we feel younger being with all these young people.’ It’s a fun and entertaining business to be a part of.”

In most corporate offices, career progression can be hit and miss, with little clarity as to when the next move might be, but Raisa believes in complete transparency so all staff know what might be possible.

“You start as a team member, work for six months and, if you prove yourself against your KPIs, you could be a trainer,” she shares. “You do that for 12 months and you could become a shift manager and then a general manager of the restaurant. We have managers who are 24.” Raisa also believes that her job isn’t just about running restaurants.

“We’re also building communities around them and making sure we’re doing a lot of good things for the local people, like getting involved in social responsibility programs. KFC doesn’t exist on its own, it’s part of a big ecosystem with suppliers, franchisees, employees and the community. There are so many stakeholders,” she says.

This business stands on two things: chicken and people. At the start of my career, I was responsible for people, then it was chicken, now it’s both.

“The pandemic has changed the way the industry operates, which has resulted in a shift in the way the leadership team manages ambiguity, and ensures brand resilience and employee confidence. We had to reset many processes and change projects.

“In July last year, we opened the ‘restaurant of the future’ where there are no cashiers at all. The project was envisioned long before COVID, but the launch came aptly in the midst of the pandemic. It was not only a test of new technologies with potential for further roll-out, but a perfect example of a contactless approach to serving KFC guests. You order at a kiosk and get a number. Then you go to a cubby, which reads your face, opens up and gives you your food on a tray, so it’s contactless. In the kitchen, there’s a conveyor belt with a robot picking up trays and putting them in the right cubby.”

Whatever the next few years bring for Raisa, it certainly won’t change her ethos. “This business stands on two things: chicken and people. At the start of my career, I was responsible for people, then it was chicken, now it’s both,” she says. 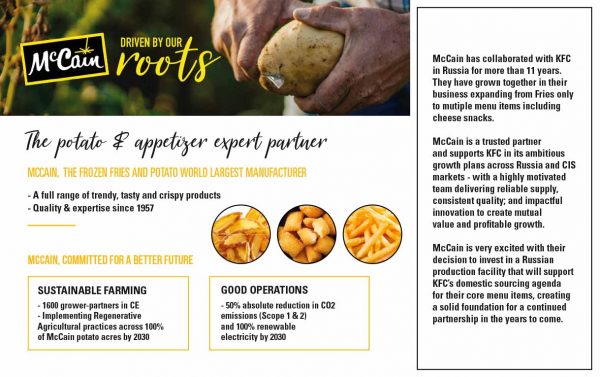