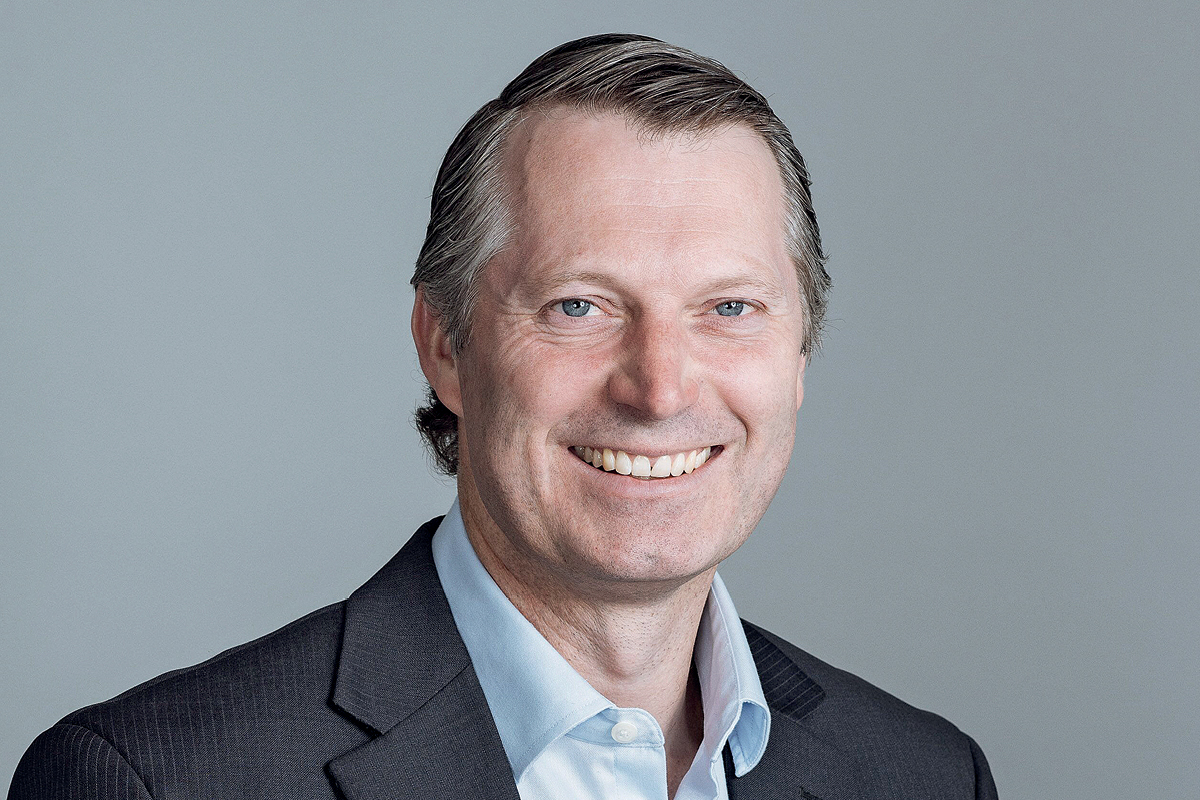 A change from law firm partner to management was a move towards Rowan McMonnies’ natural strength in people skills. “Being able to engage with people and get the best out of them has always been enjoyable and productive,” the Managing Director of Australian Eggs says.

Under Rowan’s leadership, the Australian egg sector, once feathered with concerns for the farmer, the industry and the wellbeing of animals, is on an upward trajectory. When Rowan first joined the sector, he saw the egg business as not only a challenge but also as an opportunity to place the farmer back in focus.

Rowan’s interest in agriculture was sparked early. As a child, he would visit his grandfather’s wheat and sheep farm in Grong Grong, a small town in the Riverina region of New South Wales. “Something happens to a young boy when you put him on a tractor or a motorbike,” Rowan says.

“It crystallised the wonder of the bush and the agriculture sector. I got caught up in that romance and forever had a great interest in all things practical and functional,” he says, adding that visiting the farm was an influential part of his upbringing and identity.

Now with the tractors and motorbikes behind him, it’s the people and culture that drive Rowan. “When I’m talking to a farmer, even though I was raised in the city, it feels natural,” he says. “It brings a level of enjoyment to your professional life that you don’t get in other contexts.”

This connection to the community is also how Rowan leads. He explains that his leadership comes down to genuine passion and interest in the role. “I don’t know how I would approach it if I were operating in an industry I didn’t enjoy,” he says. “I’ve sought to bring people into the organisation who share that genuine interest. I call them the right kind of people. They see things and want to improve them.”

Empowering employees is of utmost importance to Rowan, who believes that people need the freedom to operate and be trusted. “It’s also about ensuring that external forces are not stomping on productive activity or switching strategies every five seconds,” Rowan explains.

“These things are classic in dysfunctional organisations. They don’t work. It’s about guarding against them and ensuring that your people are in the best possible position to do the best work.”

When Rowan entered the egg sector he could see it was under close scrutiny due to several conjectures. These matters included the definition of free range, welfare concerns over cage egg production and compliance issues for the organisation.

“That challenging context allowed us to drive positive change for both the organisation and the industry,” Rowan says, also explaining that when he entered his role three years ago he had no set toolkit or a range of winning strategies. “I thought – that doesn’t look like it’s going very well. Maybe I could do better.” 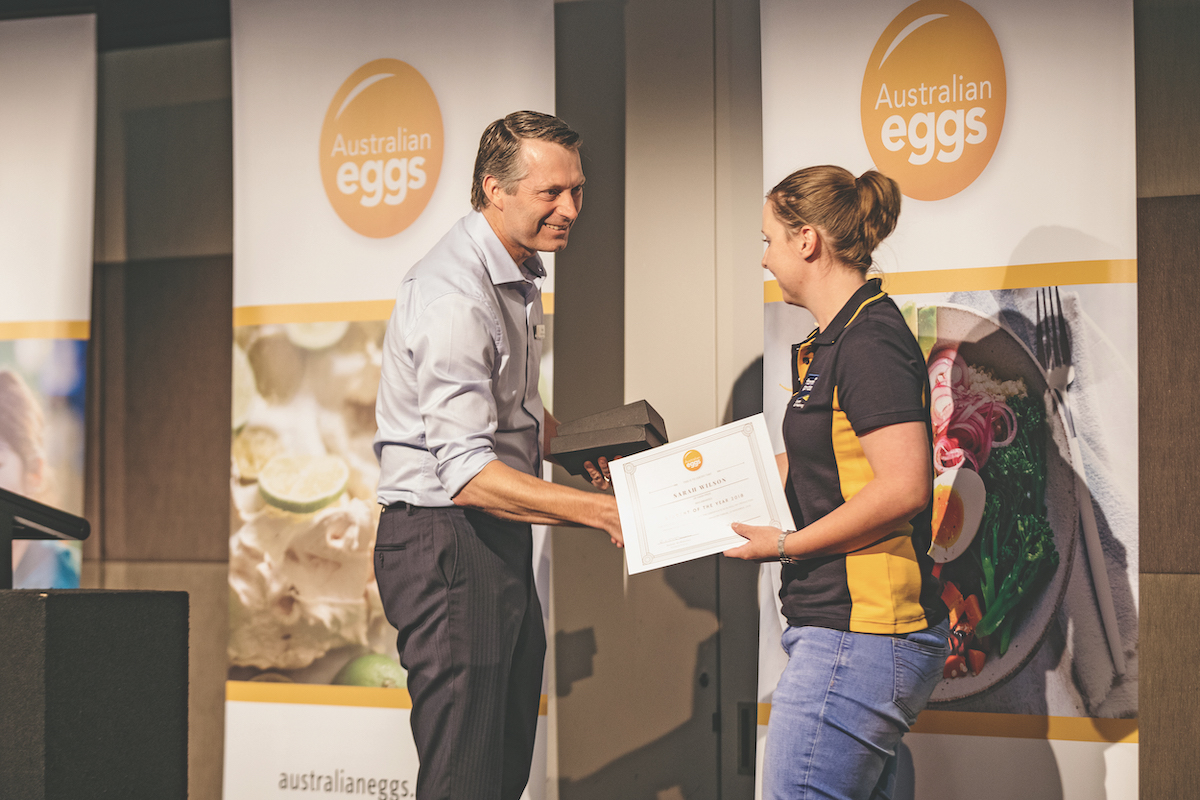 Rowan explains, “Life has a funny way of punishing you for such thoughts. The early period was a genuine challenge, full of significant review and change.” With a new leader in the management team and a different board, the company started to shift. The initial focus of revision was internal. It was also about ensuring the key focus was on the farmers.

“We pressed refresh,” Rowan says. “There were team changes and we brought in new talent.” The development, which took around eight to nine months, involved “cultural change both within the organisation and in the industry”.

The company wanted to demonstrate that there is a better way. Rowan confirms that since Australian Eggs’ transition, there has been a significant change in how the egg industry addresses problems.

“One goal everyone is working towards is to build the agriculture industry to A$100 billion by 2030. I see that as being achievable.”

“We created a sustainability framework. We partnered with the CSIRO to conduct broadscale community research to understand the community better and to find a factual foothold on those issues because of the way the media passes issues around,” he says. “It’s one bubble talking to another, and it’s not productive. Everyone’s got an opinion. No one’s right or wrong. Using social science as a tool to chart a course to identify what’s going on, we found to be powerful.”

Transparency in the industry is another point Rowan brings up, which could provide further unity and assistance. “I would encourage the whole sector to be more open,” he says. “Farmers do it tough. At times they are isolated, and are the subject of decisions that impact them directly, for which they don’t feel they’ve had sufficient consultation.” He adds, “As a matter of human nature, that can lead to defensiveness and a sense that we know the answer and others don’t understand.”

Having those open pathways of communication and further openness is essential to the future of the agriculture sector. “We need to ensure we don’t get trapped in our bubble and are not deciding on issues ourselves,” Rowan says. Connectivity is significant here – it’s how the industry will remain sustainable.

“All points are connected. Our sector exists to contribute to the Australian community. That’s its role and function,” Rowan stresses. “We can’t do this in isolation. We can only do it through engagement with the community.”

“We can’t do this in isolation. We can only do it through engagement with the community.”

What of the future for Australia’s agricultural sector? “We are in the midst of a severe drought. Every agrarian supply chain is impacted, including the egg industry. It’s hard to be optimistic, but there’s great cause to be hopeful. The sector has demonstrated great resilience and the ability to grow consistently,” Rowan says.

“Certainly, outside of drought years, we can make an enormous contribution to the Australian community. I see exports being a big part of the future, and ambitious targets have been set to grow the egg sector significantly. One goal everyone is working towards is to develop the agriculture industry to A$100 billion by 2030. I can see that being achievable.” 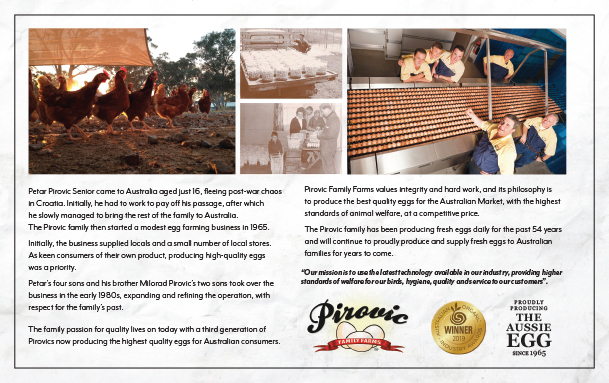