A Bigger Slice of the Action: Roy Quejada There are many ways to judge a pizza: the crispiness of the base, the flavour of the sauce, the tenderness of the ham, chicken or beef, the tastiness of the herbs or spices and how far the gooey cheese stretches when you lift up your first slice. 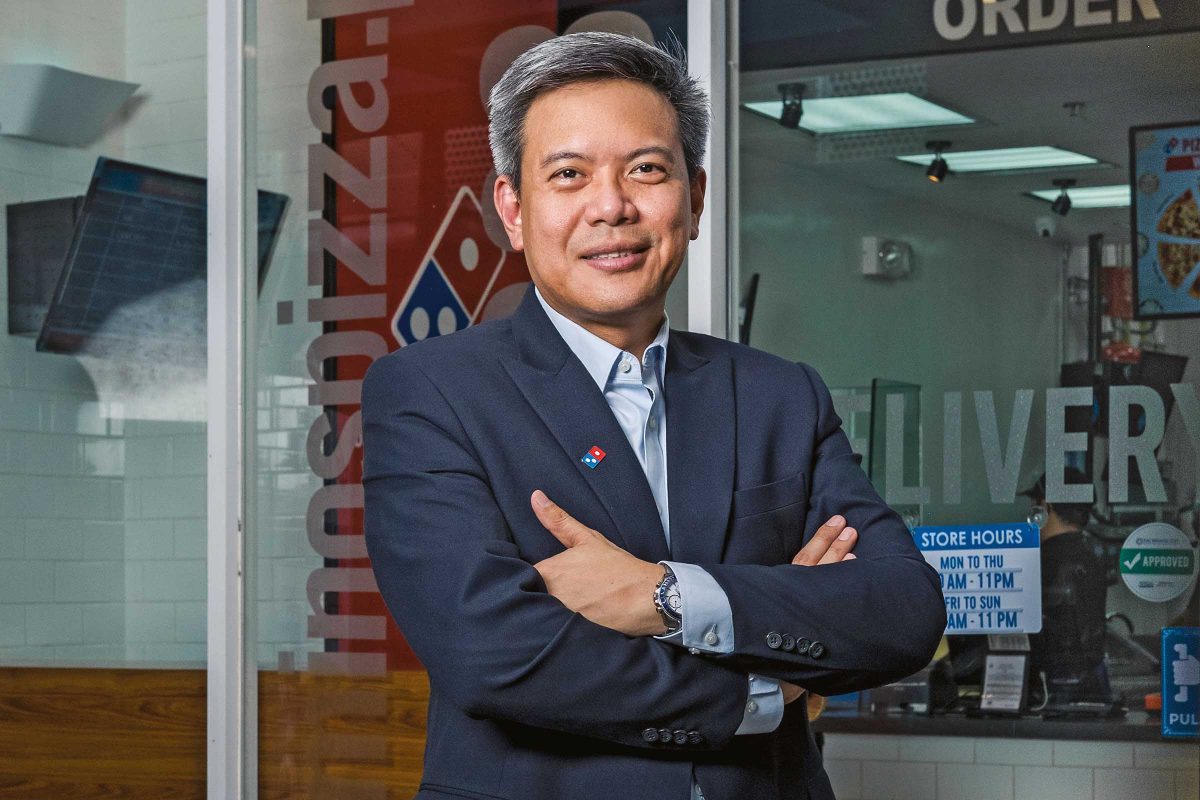 But there’s one more criteria that’s just as important to anyone ordering a delivery from their phone – how quickly it arrives. No matter how delicious the pizza sauce is, it’s no use if it takes an hour to arrive and the basketball match you were watching has already ended. It isn’t about a rich culinary experience, it’s about satisfying a need.

“Everyone has pizza cravings. If a customer wants a pizza, they order from us and we get it to them fast,” says Roy Quejada, General Manager of Domino’s Pizza Philippines.

“We don’t have the most glamorous pizzas in the market, but if you want one that tastes great and arrives in less than 30 minutes, then that’s us.” It’s a formula that has made Domino’s the biggest pizza chain in the world.

It started life in 1960 as a single restaurant in Michigan, US, run by two brothers, James and Tom Monaghan, and didn’t open any overseas branches until 1983. A decade later, it had 1,000 outside the US. Today, it has just under 18,000 stores in 90 countries with 400 million pizzas sold, creating retail sales of US$16 billion.

Spare a thought for James, who swapped his half of the business almost immediately for a second-hand car and then watched his brother go on to own the Detroit Tigers and eventually sell his shares in 1998 for around US$1 billion. There are 60 branches in the Philippines, but they are a long way from being number one.

We’re all about delivery and carry out that’s done quickly but not rushed.

When Roy was offered the job, however, he saw this as a big plus. “The first question I asked myself was, ‘Why do we have the world’s biggest brand, yet we’re not even in the top three?’ I noticed there was a lot of work to do to align ourselves with Domino’s in the US. We needed to connect with the brand heritage and capitalise on that strength in order to differentiate ourselves from other brands,” he says.

It was about looking at the whole customer journey, and why they would choose Domino’s over other, bigger, local services like Yellow Cab Pizza, Shakey’s and Pizza Hut. “People always say, ‘Well, a pizza is a pizza, right?’ Well, no. It’s not just about the product; it’s about the DNA of the brand,” Roy points out.

“We’re all about delivery and carry out that’s done quickly but not rushed. Our quest is to increase our market share, not just by having more stores, but by being true to the global legacy of the brand. That’s the assurance I’d like to make to the Philippines.”

Roy plans to expand the business into the provinces. The restaurants in more rural areas are actually more efficient than the ones in metro areas of Manila, although COVID-19’s devastation put all existing plans on the back burner. The Philippines has fared better than most, though, with 174 deaths per million population, which is similar to neighbouring Indonesia. “When the pandemic hit, we knew revenue would go down,” he says.

“Most restaurants were shut. The first thing we did was study our current cost structure. Then, we worked to manage our expenses better without compromising on customer experience. We also examined manpower levels and worked out a way to operate in a leaner way to keep the company afloat.”

Luckily, Roy had met with all his major suppliers soon after he became General Manager and established relationships. “I made our partners understand that we needed their support, especially at this time during the pandemic, reminding them that our growth is also their growth,” he says.

“They listened, and we negotiated better deals. Some held their prices or even gave us a reduction. They could see the predicament we were in.” As all of the restaurants get back on track after such severe disruption, Roy can reflect on one major perk of his job – eating pizza.

“Personally, I’m a pepperoni guy, but I also love this amazing pizza called American Bacon Cheeseburger. It’s just like a burger, but in a pizza format,” he smiles. “It’s one of our bestsellers.” 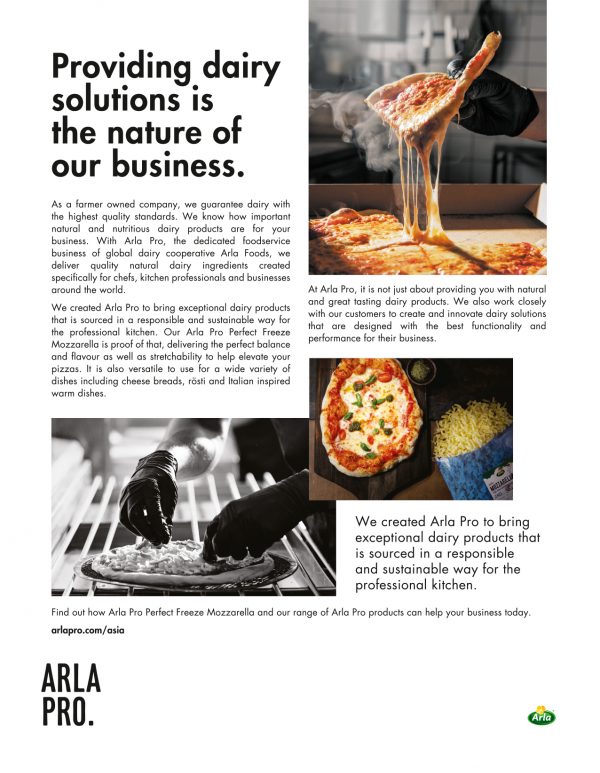