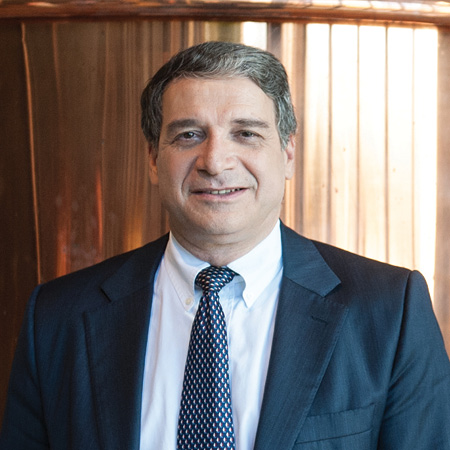 Founded by a group of locals in Greece in 1963, Athenian Brewery launched into a market of predominantly non-beer drinkers. It started with one brewery, which was built from scratch in the early 1960s. At that time this seemed like a very bold move, since beer consumption per capita was at a level of 5 litres. Since then, there has been a shift in the nation’s beer culture.

“Athenian Brewery was a major contributor to developing the beer market in Greece. You can see the acceleration from 1965 when the brewery began producing Amstel beer] until 1981; the consumption per capita grew from 5 litres to 20 litres,” says Zooullis Mina, Managing Director and Chairman of Athenian Brewery.

Today, Athenian Brewery is the largest producer of beer in Greece and Heineken is its largest shareholder. “Some of the original family owners are still shareholders in our company,” explains Zooullis, who held senior finance roles at Heineken from 1996 before moving to his position at Athenian Brewery. “Today we employ around 900 people. We have three breweries, two malteries, and a water plant.”

For the Greek brewery, being a part of the Heineken group is a “fantastic asset” that allows the business access to valuable industry knowledge and experience. “We have the best, most famous beer brand in the world at our disposal, and that makes our job much easier,” says Zooullis. “It bonds us together as a company and it also bonds us to the bigger organisation, so we are not just a collection of local beer brands isolated from the rest of the industry. As the slogan says, it allows us to open our world.”

Commenting on the brewery’s growth, Zooullis says, “We had to develop more of a beer culture and introduce people to what beer is.” This is an ongoing process, with beer being consumed in a very specific way, typically around an eating occasion, he explains. Although the country’s uptake of their product has improved greatly since the company started out, if you compare annual beer consumption in Greece with other European countries, they have much higher averages, with some as high as 77 litres.

So, how do you go about turning Greece into a nation of beer drinkers? “We are giving consumers more choice. Over the last couple of years, we have started to expand the portfolio, for example, telling people what Weiss beer is, and also giving people different drinking choices, like low-alcohol, alcohol-free, or Radlers. The micro breweries will probably contribute to the development of a beer culture in Greece as well.”

An economic and social study in 2013 showed Athenian Brewery to have a significant impact on the Greek economy, contributing about 0.7 per cent of the GDP, says Zooullis. “Our company alone has an impact on around 28,000 people in the greater economy,” he adds. “And for every €1 that we spend, it has a flow-on effect of about €7 into the greater economy.”

The company further contributes to the local economy in its support of regional businesses when it comes to sourcing materials and services. As Zooullis explains, although Athenian Brewery is part of a big group, it still has a very strong local presence. “We are quite integrated and very connected to the society we operate in.”

The company sources 100 per cent of its barley and labels locally and overall more than 95 per cent of its raw materials are sourced in Greece. Using locally sourced ingredients such as barley is also beneficial to the company. Reducing the transport and environmental costs that come with importing the grain is important too. According to Heineken, “In 2014, the company sourced a total of nearly 90,000 tons of barley from 3,010 producers. The value of the harvest amounted to €21.3 million and created 830 new jobs in the agricultural sector.” It should be noted that the barley program was recommenced in 2008, at the height of the economic crisis.

In terms of suppliers, many of the relationships are so strong that they have continued from when the company started out more than fifty years ago. “We look at our suppliers and customers as our partners,” explains Zooullis. The relationship is such that they work with each other to continually improve business, at both ends. Athenian Brewery imposes high standards, improving quality all-round, which is a selling point for suppliers in growing their business. “The way we help our business is to help them improve their business as well. It’s a win-win.”

Zooullis refers to their bottle cap supplier by way of example. “We helped them get to a level where they could supply us, and now they are supplying to the greater Heineken Group.”

This local support and focus on positive contribution to society is also evident elsewhere in the company. Among its many actions, Athenian Brewery supports local cultural events, its staff help to clean up beaches, and it sponsors many non-government organisations. It’s also involved in the revolutionary Orange Grove, a startup incubator initiative created by the Dutch Embassy in Greece, supporting eighty entrepreneurial groups. “These are some of the things that we do to try to reduce the impact on the younger generation regarding the crisis in Greece,” says Zooullis.

For the Greek brewery, being a part of the HEINEKEN group is a “fantastic asset” that allows the business access to valuable industry knowledge and experience.

Athenian Brewery has a focus on sustainability, too. Some of its initiatives include its breweries running on natural gas as a means of reducing environmental pollution, and employees are informed about and encouraged to participate in sustainability programs. The efforts and achievements in staff training investment, corporate social responsibility, energy saving, and the like have not gone unnoticed. Athenian Brewery has won several awards over the years. It was one of the first companies in Greece to receive the Platinum Award in the Corporate Social Responsibility Index in 2012. It was also named as the Best Workplace in Greece, and fourth Best Workplace in Europe, based on a survey of more than 250,000 employees across 1,500-plus European organisations in the same year. In 2015, the business received a silver award for its promotion of responsible alcohol consumption
as well as a gold award for its sustainability strategy.

In terms of suppliers, many of the relationships are so strong that they have continued from when the company started out more than fifty years ago.

Zooullis says the company’s strategy is called ‘our greenprint to win’. Embedded within these are its core values, which are instilled in his staff. “Some of the core values that the company subscribes to are: safety first in everything we do, collaboration through trust and integrity, and we are an organisation that continually learns to improve — we accept mistakes as part of the learning process.”

One of the biggest challenges to the company’s growth is the high excise tax that exist in Greece. “This impedes the growth of the category,” says Zooullis, adding that the levels of tax in Greece are unprecedented, particularly given the low per capita consumption. “For us the challenge is to try and make beer more affordable, and only recently we had an excise increase of 92 per cent, which was enormous. It presents a significant hurdle for us.”

Looking to the future, the company has three key focus areas. It hopes to grow the nation’s beer consumption per capita to at least 40 litres. “That’s quite aggressive but we do believe that it’s possible,” says Zooullis. The other area of focus is to provide consumers with new brand experiences by expanding the portfolio away from purely lager, which has been the main type of beer in Greece for years. This is where different varieties of beer, such as wheat beer and low-alcohol beer, as well as other beverages, like cider, fit in.

“The third is to continue to develop and grow our people,” says Zooullis. “All those focus areas are supported by strategic initiatives for the coming years — whether that’s a specific initiative to try and make a beer or change the customer experience or its affordability.” 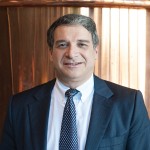