Having experienced a career dealing with government, either from outside as a leader of professional services to government or internally as a public servant leading reform and transformation, the General Manager of Lismore City Council, Shelley Oldham, loves her chosen profession.

“I was a senior vice president and head of public sector for a large multinational corporation,” she says. “I have spent my time in corporations, and I don’t think I’ll be going back to those.”

What attracts her to government roles is the nature and scale of the problems that she gets to tackle. “They are bigger than you will get anywhere else in the world, and more complex,” she explains. “There is nothing you do that the government does not touch. It’s a fascinating place to work

“What makes it particularly exciting is that, unlike a company where a board is in place to govern in one direction, we have elected members that may have different ideals and perspectives. You simply cannot just make decisions that are not inclusive of people. The community is involved, and that’s the really exciting thing. You get to serve the community,” she points out.

Shelley had returned from a government job in New Zealand in 2018 when someone called to tell her Lismore was looking for someone to run the council. “It was a fantastic opportunity,” she recalls.

“It’s a great city, and there’s so much to achieve here, especially on the back of what had been a difficult time. There was the legacy from the floods, economically and socially.” The greatest challenge Shelley faced after joining the Council in October 2018 was its financial state.

“They had been grappling for a long time with a declining financial position and a rising asset backlog,” Shelley explains. “The first big job was to pull that apart and try to understand what was going on.” She brought in a group of external experts to undertake due diligence, and they discovered that the council had a A$6.1 million deficit that it had not previously identified. “We realised this in my first six weeks,” Shelley recalls.

“It was tough because this discovery was my first message to the elected officials.” Within two months, the council recut all of its budgets. “We pretty much transformed the business overnight and they managed to rectify that A$6.1 million deficit in the first 12 months,” Shelley says.

“What gave me great confidence was the hard work and all the effort that our staff put in, working seven days a week, sometimes up to 13 hours a day – a sign of their dedication – and they managed to turn it around quickly.

“Although we are a government body we must operate like a business, and all staff must be accountable for the revenue and expenses streams of the business. We have introduced accountability conversations, and these have created a senior leadership team that works together to support each other with solutions and approaches to work through the challenges of transformation. Our job is to make sure that we are getting the best value for money, the highest quality output and we are getting it at the speed the community needs it.”

Along with working on the region’s roads, the Council’s current focus area is to stimulate the economy. “The economy hasn’t recovered from the floods we experienced in 2017,” Shelley says.

“We lost a significant number of businesses that haven’t come back, so our focus is on that resilience, and then driving the council to be as efficient and commercially focused as it can be.” 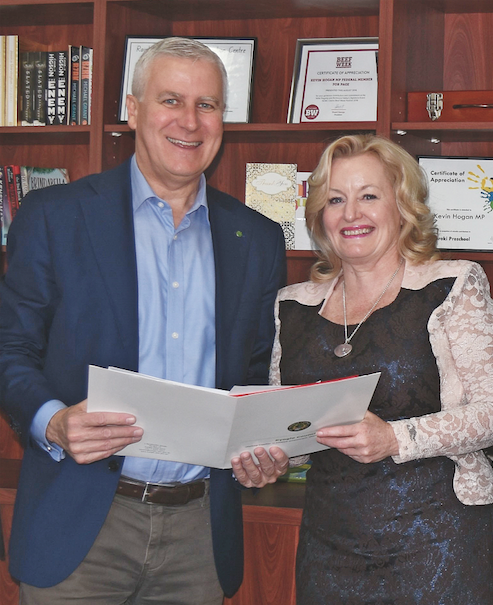 Shelley is a leader who loves watching people learn things and grow, and helping them become the best they can be.

“My theory is that there are three places in the world you can make a difference: as a parent, a teacher and a boss,” she says.

“I take that role very seriously. I try to make sure that both the young people here and the people who have been here for a long time have a focus every day to think about how they can be the best they can be. There’s a great thrill in delivering things for the community, when the community gets a benefit out of something that you do. Whether it’s cleaning up the river or making sure their roads are good and their services delivered, it’s fantastic when it happens.”

The Council has faced many challenges out of its control, like floods and bushfires, which puts a strain on its people. A significant part of Shelley’s job is keeping them motivated and connected while focusing on what they wish to achieve.

“In the midst of all of that, we also had our waste facility burn down,” Shelley says. “We were the shared services provider for seven other councils providing waste processing. It has been a pretty tough time. The most important thing is to keep our people feeling like they’re doing a good job, giving them a sense of empowerment and a pathway to solving problems.”

The local community is a resilient one. They’ve stayed strong through some of the worst natural disasters in decades, and they love where they live. “It is beautiful here,” Shelley boasts.

“It’s not far from the beaches, and it’s a mixed community. It’s eclectic and artistic while also being corporate. There are certain sectors of the community who suffered more from disasters, particularly in rural areas. The great thing about all rural communities is their resilience and ability to bounce back. They are looking for leadership from us, and they are looking for ways to make their community thrive and grow.”