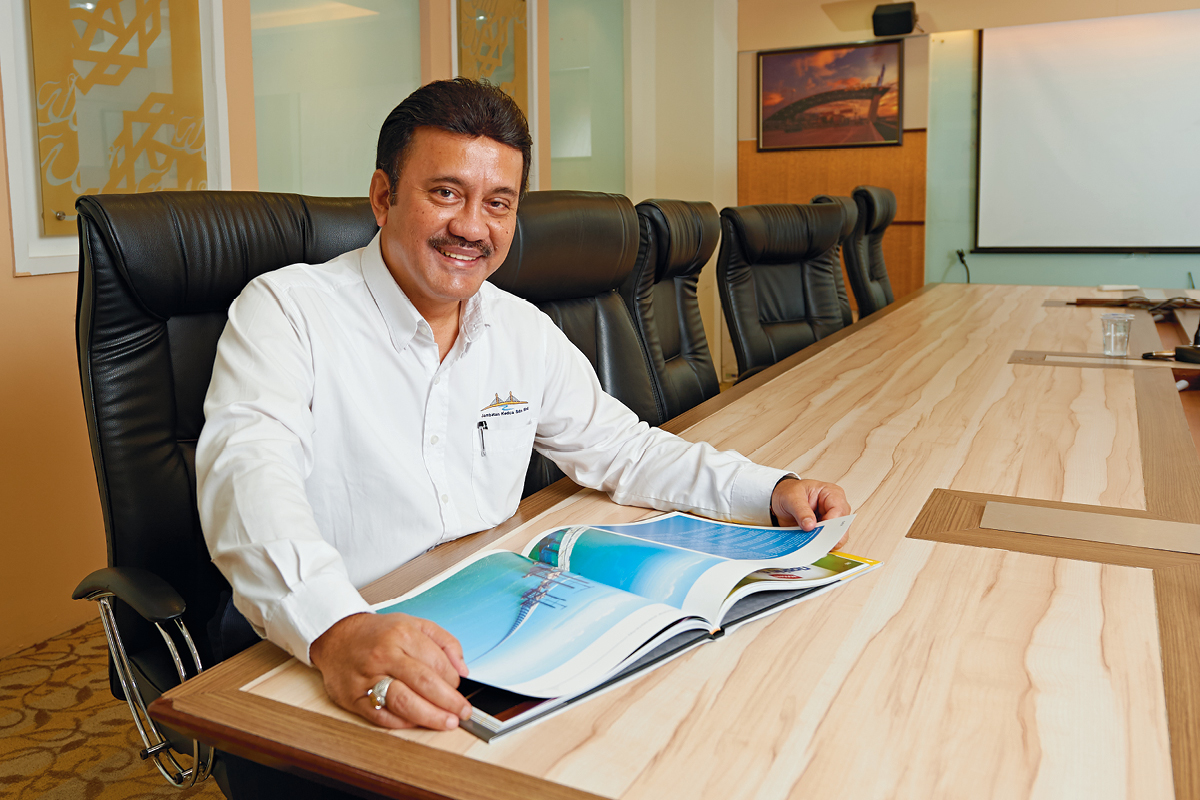 On the southeast coast of Malaysia’s Penang Island, a spectacular cable-stayed bridge extends as far as the eye can see. Spanning some 24 kilometres, it crosses the Penang Strait, connecting the popular tourist isle with the mainland. Formally known as Sultan Abdul Halim Muadzam Bridge (and informally as the Second Penang Bridge), it is a structure of a massive scale.

Its construction was an immensely complex process that spanned seven years, cost RM$4.5 billion, and involved more than 30 different companies The building, maintenance and operation of the bridge is the responsibility of Jambatan Kedua Sdn. Bhd, a company formed by the Malaysian government solely for this project. It’s Managing Director, Dato’ Ir. Mohd Ashari Alias, came on board after working as an engineer for the Malaysian army.

“I was hand-picked and seconded to the government for this bridge”, he recalls. “There were many obstacles during the early stages and getting the project to completion was very challenging.” Among the roadblocks to finishing the project were the logistics challenges of building a concrete structure in deep water.

The construction team needed to use a floating concrete fender, which would operate for up to three days at a time, producing a concrete specially designed to counter the corrosive effects of saltwater.Unstable soil strata in the area also added a layer of difficulty to constructing the substructure and meant that bored pile operations needed to extend to a depth of 127 metres to give the bridge sufficient support.

The bridge’s location also necessitated the extensive use of pre-cast concrete hollow spun piles. Some 5,168 spun piles were employed, the most of any bridge in the world. Similarly, the statnamic load test, which is used to assess the load-carrying capacity of deep foundations, was one of the largest ever conducted at 54 meganewton. The bridge was designed with an eye to safety considerations and its pronounced S curve design is intended to combat driver fatigue and discourage speeding.

There were also broader safety concerns around natural disasters – the planning of the bridge involved extensive consideration of how it would withstand possible tsunamis or earthquakes. The latter aspect of the bridge was tested when it was battered with severe storms and rocked by a minor tremor when being built.

“At that time, we were still in the stage of erecting an important part of the bridge that connects different segments to each other,” Ashari recalls. “The tremor wasn’t that strong, but it was still a challenge, so we were satisfied all the necessary precautions were taken.”

“There were many obstacles during the early stages and getting the project to completion was very challenging.”

Safety features built into the bridge include seismic expansion joints to allow movement in an earthquake, and laminated high damping rubber bearings, which greatly reduce the energy transferred from the ground to the structure during a seismic event.

Collectively, these safety features mean the structure has the capacity to withstand an earthquake up to 7.5 on the Richter Scale, which is far more severe than any shock that has ever hit the area.Another innovative feature incorporated into the bridge is its Integrated Asset Management System. Ashari explains the system includes modules that are part of the cables and sensors which are installed in the bridge itself. “What we have here is a first in the country,” he says.

“We have incorporated international expertise from Denmark and Korea, to name just a few, into the system. It allows us to plan for future maintenance.” Ashari says managing the bridge involves balancing a complex range of priorities, including easing congestion on the First Penang Bridge and limiting the carbon footprint of the project. “We also want to ensure there are favourable working conditions for those involved in the project.” Judging by the widespread industry acclaim the bridge has won, these competing objectives have been well and truly met.

The project received the Brunel Medal from the Institution of Civil Engineers, an award sometimes described as the Oscars of the civil engineering world. The award citation praised the bridge as “a vivid example of how civil engineering can overcome the merciless forces of nature and direct its resources to sustainable use”.

It also won a Global Road Achievement Award, a recognition of both the technical feat of constructing the bridge and its use of best practice risk management. The bridge was even the subject of Megastructures, a documentary series on the National Geographic Channel that had previously featured iconic structures such as the Hoover Dam and the Panama Canal.

Now that the bridge is operational, Jambatan Kedua’s role is far from over. Its responsibility as concessionaire for the structure extends for 45 years and includes duties such as patrolling the bridge, which it does with electric cars. Ashari expects that the day-to-day operation of the bridge will continue to occupy about 70% of his role.

“The time I spend on it will be less when compared to the time I was working on the construction itself,” he considers. “However, I want to keep giving the same level of service to the government.” He describes recruitment as the biggest challenge the bridge will face going forward. One of the objectives of building it was to boost the local economy and to this end, local workers and suppliers will be involved in its ongoing operation as much as possible.

The project has been characterised by a high level of forward planning, an important aspect of a bridge which is expected to be in use for the next 120 years. “I always think two steps ahead on the big issues,” Ashari confirms. “A major part of my role is thinking about what will come next. My approach will continue to be innovative and creative and I will embrace new ways of thinking.” 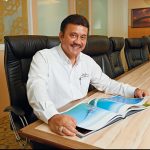