Once in a lifetime: Gail Connolly 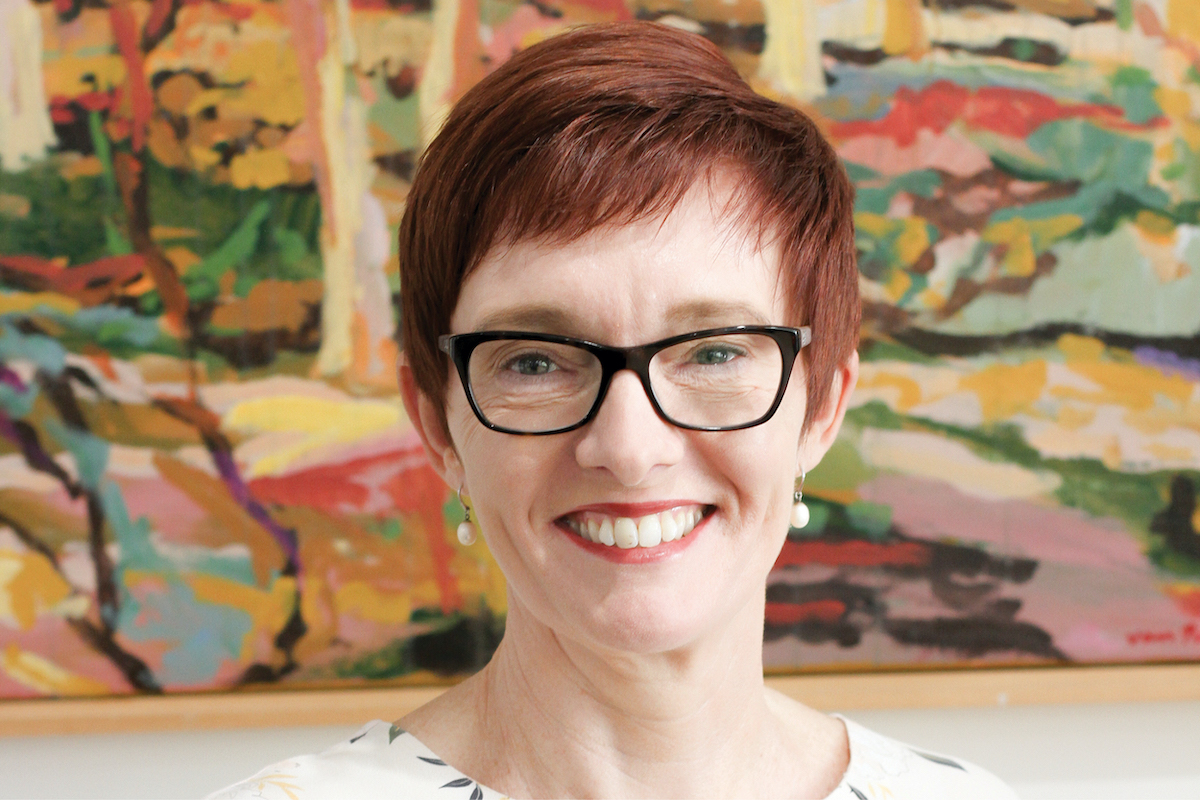 Being drafted, a forced marriage and a hostile takeover – all phrases one wouldn’t expect to see in a fairytale. Of course, this story isn’t a typical princess-and-true-love’s-kiss sort-of fable. This is a true-life account of how General Manager Gail Connolly managed to become both the heroine and even somewhat of a villain – after all, she does love sinking her teeth into a challenge – in the story of the former Hurstville Council and Kogarah Council merger.

“Some of the staff did regard the merger as a forced marriage or a hostile takeover of a larger council over a smaller council,” Gail remembers, reflecting on the first year of the merger in 2016.

“I was trying to create one harmonious organisation out of the two which, of course, at the start weren’t very harmonious at all. The staff certainly didn’t want to merge, and neither did the councils.”

There was a lot of resistance at the time because mergers were a relatively new thing for New South Wales, especially at the local government level, she says. Some believed they wouldn’t have to get on board because the merger might get overturned. Others were worried about job security. Certainly, one council made from two wouldn’t require two of every position. Gail clearly had her work cut out for her.

“People were hopeful there would still be a demerger,” she says. “There was a sense of uncertainty around what the future would hold. They were in the middle of a restructure, so they didn’t necessarily feel valued because of not knowing who their boss would be, or whether they’d even have a job. These cultural challenges and having to deliver to the community were some of the biggest issues at the start.”

To address these concerns, Gail helped her team navigate the merger by taking the road less travelled – and it has made all the difference. “The government told all of the General Managers to create an interim management structure that could be amended in 2017 when the council was re-elected,” she explains.

“I took the alternate route and was probably one of the only merged councils that did. I did a restructure that would be fit for the next 5–10 years, so we would only shake up the whole organisation once. I think that’s what has made Georges River the most successful merged council.”

It’s this no-nonsense, pragmatic approach she takes to everything in life that made her first choice to oversee the merger of the two councils. The government knew it would take a tough-love approach to make Georges River Council (GRC) work, and she was the best person for the job.

“As you know, pioneers often make easy targets,” Gail says. “This was probably the biggest shake-up of my life because not only did I change jobs, but I also moved into an environment where an entire industry sector was being reformed. And, I was one of the 20 people leading that reform change. If you go into it with a pragmatic view and don’t sweat the small stuff, then you can come out okay as long as you keep your eye on the main prize.”

“If you go into it with a pragmatic view and don’t sweat the small stuff, then you can come out okay as long as you keep your eye on the main prize.”

For her, the prize was moving on to improving services for the community by way of smart cities, innovation and collaboration. But first, she had to do a bit of rebranding to quell any confusion.

“We had two CBDs as a result of the merger,” she shares. “So, we decided to market and grow them with different purposes. Kogarah is now considered ‘the brains’ of the city since it’s a health, innovation and education precinct, and Hurstville is all about culture and creativity, so it has become ‘the heart’ of our city.” 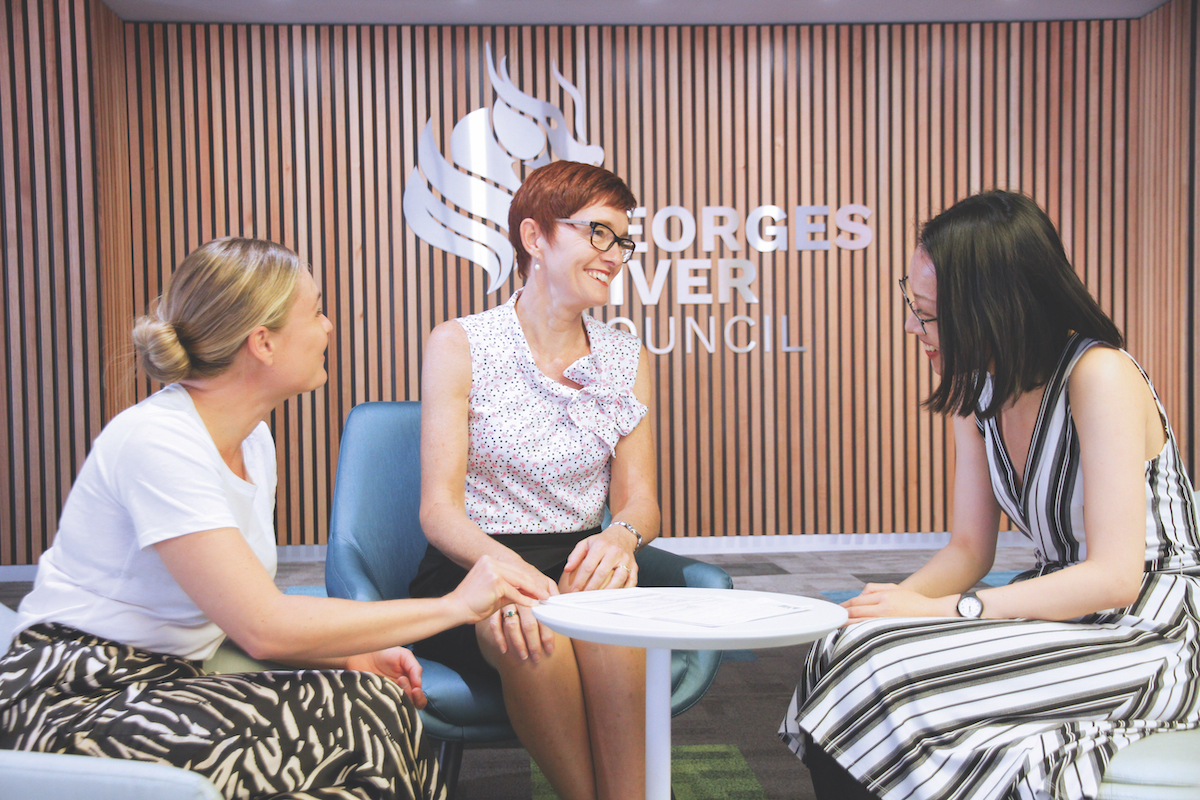 Beyond branding, Georges River Council’s partnerships have really helped contribute to the success of the merger. For example, BlueFit, the company that operates the Hurstville Aquatic Leisure Centre, has been integral to the council’s future-focused vision.

“It’s the second most successful aquatic centre in Australia and one of the few aquatic centres that actually trades at a profit,” Gail says. “It returns to us on average roughly A$1.2 million annually in profit, which goes straight back to the council.”

“BlueFit also works with us on innovation. Under contract, they don’t have to do any of this, but they always go above and beyond,” she continues. “With the installation of hydro panels and our work on this environmental initiative, we won an award. They even helped us introduce a learn-to-swim program for disadvantaged children in the area by offering free spaces.”

Gail truly admires this in GRC’s partners because it’s a value she sees in herself. She always has the big picture in mind when looking out for the greater good, which she credits to her early role as a town planner.

“I don’t just concentrate on single buildings like an architect, I see the bigger scene,” she says. “There might be a few gunners out there, but my focus is on winning the war.”

“I don’t just concentrate on single buildings like an architect, I see the bigger scene.”

This is fitting, as she likened becoming the General Manager of GRC to getting drafted. Gail found out only hours before that she would be moving to an entirely new council altogether. And it’s a day she will never forget.

“It was the 12th of May 2016, and I was actually in an interview,” she remembers. “The phone kept ringing and ringing, and I thought something must have gone horribly wrong.”

Georges River Council was awarded a grant of A$500,000 from the government to roll out a range of Smart City initiatives. The city will introduce technology that will allow staff to know when garbage bins are full or on fire, and park benches with sensors, relaying how many people use the space, and how often. The drinking fountains also have sensors, providing data on how many litres of water have been used. Currently there are three Smart Hubs located throughout the area. At first glance, they look like ordinary picnic shelters with greenery and solar panels. But they’re far from typical. These spaces are wi-fi connected, and they will have the capability to convert rainwater into drinking water.

Instead, it was the call detailing that she would be the new General Manager of GRC, and she had an hour and a half to tie up any loose ends as the General Manager of Ryde Council. “I’ve always likened it to being drafted by the army,” she laughs.

“You get a phone call and at an hour’s notice, you have to be ready to pack up and leave to be posted to a war zone. It’s a really strange thing to have happen to you – you get a job you didn’t apply for and then you’re told that you have to move in an hour. But I was really excited about the challenge. It was a once-in-a-lifetime opportunity. Leading a merger process, especially in local government, doesn’t come around much in New South Wales. I couldn’t wait to sink my teeth into it.”

Now, Gail’s story doesn’t have the typical happily-ever-after ending. But, that’s only because it hasn’t reached the end. She’s still charging forward, bringing innovative change and long-term vision to GRC. She still has so much more in store for this not too big, not too small, but “right-size” merger. 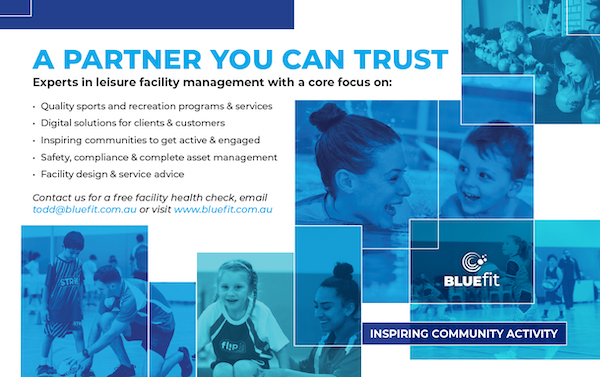