CEO of City of Stockholm Lars Rådh talks about implementing a new strategy to encourage more investment into the capital of Sweden.

CEO of City of Stockholm Lars Rådh talks about implementing a new strategy to encourage more investment into the capital of Sweden. 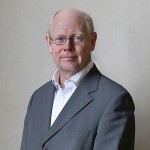 Consistently named as one of the best cities in the world for business and residents, Stockholm is enjoying a surge of international investment and immigration. Stockholm, the capital of Sweden, is the political, cultural, and economic centre of Scandinavia and where most large international companies have their Nordic headquarters. Lars Rådh is the CEO of the City of Stockholm one of Europe's fastest growing cities. Lars spoke to The CEO Magazine about Stockholm's openness to international investment and immigration, the importance of sustainability, and his vision for the city.

The CEO Magazine: What did you see as your mandate following your appointment as CEO?

Lars: It was of course the usual thing, to combine quality with effectiveness, to produce good services for people, and to improve the possibility for the citizens to be part of the democratic process. But everyone can say that. I think we have very specific goals that are set by the city council, and the key word is sustainability. We want to achieve social, economic, and environmental sustainability, and to fight segregation. Although we are considered one of the best cities in the world to live in and have a lot of good things going on, we also have this growing gap between rich and poor. The newspapers have articles about this, with facts showing that differences in education, differences between incomes, and differences in social means really are increasing.

With the boom in immigration, how do you manage these differences in social means?

For a long time, we have had many well-educated people coming to Sweden, but we also have people with low education and even illiterate people coming here. The main task is of course that we take advantage of the knowledge and the contacts of the people arriving here. We are not completely unsuccessful, but we have to ensure that this makes progress. Otherwise, we could get worse problems. A lot of our youth don't think it's worth studying because they know it is difficult to get a job even if they go to university. We have structural problems, too. For example, if you have the wrong name or background it is more difficult to get a job.