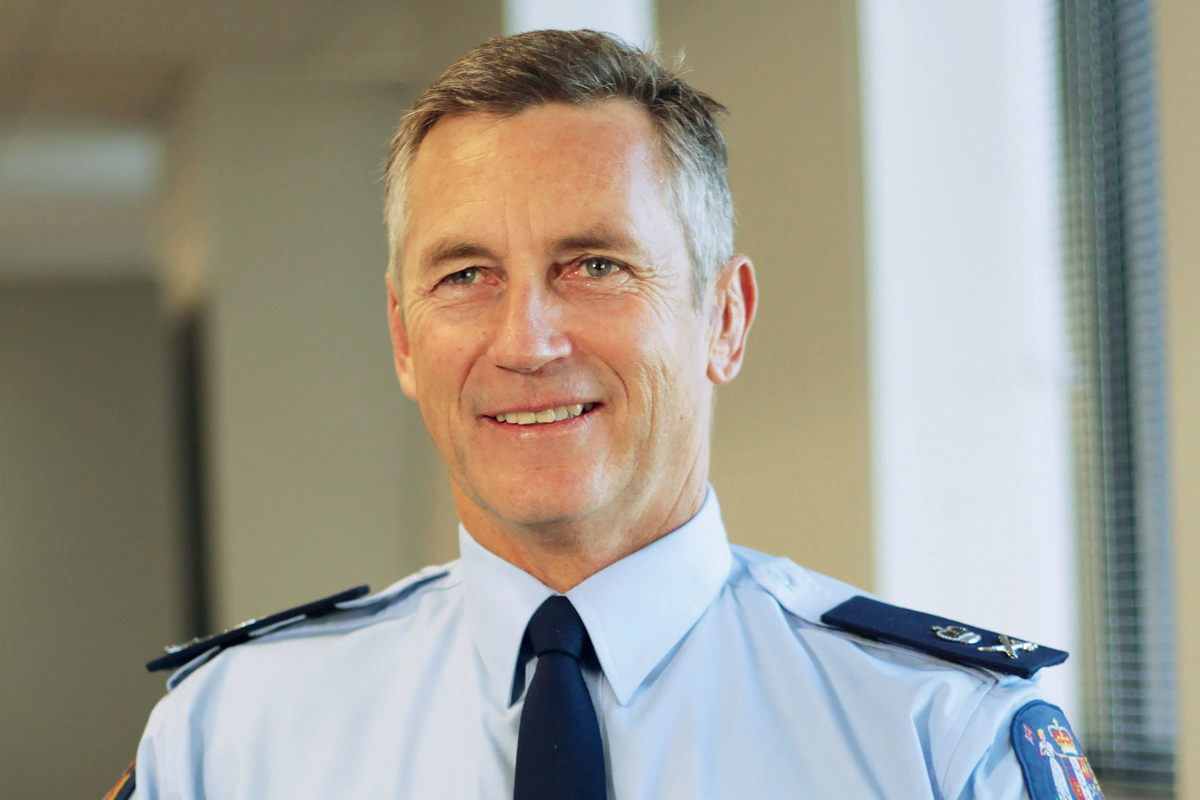 There are two reasons for Mike Bush’s lifelong dedication to the New Zealand Police. The first is that he can make a direct difference in the community. The second is that it’s a career that offers a variety of avenues.

Mike joined the force as a very young man – the first in his family to do so. Today, having progressed through the ranks to become leader of the New Zealand Police, Mike’s task has been to improve trust and confidence while reducing harm in the community.

“Leadership is about taking an organisation to where it needs to be,” says Mike, who became Commissioner in April 2014 and recently stepped down from the role.

“You have to imagine, see and articulate a destination in terms of where the organisation needs to be. Leadership is about delivering and achieving results.”

In the police force, that’s about ensuring there are fewer victims of crime and harm. “Also, that people feel safe and therefore trust the police,” he says.

“Leadership is delivering in a way that honours your purpose in life.” Here, Mike shares his favourite quote by Nelson Mandela, and one he leads by: “A good head and a good heart are always a formidable combination.”

He spent 42 years in the organisation, but initially Mike didn’t aspire to be the Commissioner. “Before thinking about the next job, you should ensure that you are accomplished in the one you’re doing. Do a job well and only then think about the next step.”

The New Zealand Police has nearly 14,000 people in its organisation. For Mike, it is most rewarding to see the “wonderful dedication of our people”.

“Everyone in the New Zealand Police knows why they come to work,” he notes. “Our purpose in life is to ensure that people are safe and feel safe.” Those things are equally important. People are safe if the police can prevent them from being victims of crime or harm.

And people will feel safe if they have a police service that they completely trust. “Every day and night, they show commitment to the public – often putting themselves in harm’s way to keep others safe,” Mike shares.

“But also seeing the professional, compassionate and caring way that they go about their job; it warms your heart when you see the commitment of our people to their communities.”

The horrendous attack on two mosques in Christchurch on 15 March 2019 and the tragic volcanic eruption that occurred at Whakaari/White Island on 9 December 2019, were two occurrences where Mike, as Commissioner, was exceptionally tested.

Leadership is delivering in a way that honours your purpose in life.

But what he saw was the complete dedication, commitment, professionalism and empathy of the New Zealand Police. “Our people acted with absolute compassion to, foremost, the victims that were involved, but then also the wider community,” he says.

“We try to ensure that our people demonstrate care and compassion. And they did that because they know it’s the right thing to do, not because they’re asked to do it. They put their lives on the line daily.” 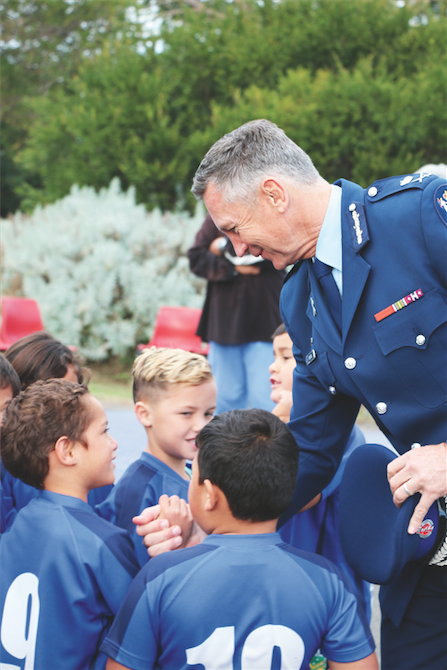 While speaking about tragic and unforeseen events such as these, the question of what impact they have on first responders is put forward. “It’s important to have your family to rely on and to stay fit and healthy, and get lots of sleep,” Mike replies.

“But also, you build resilience based on how you put these things into perspective. You’ve got to have the right mindset. The challenge of leading an organisation like the police is that you’re challenged; not daily, you’re challenged by the hour.”

Building connection is a continuous challenge. Mike confirms that the organisation needs to be what the public requires it to be. “That’s been a huge driver for our transformational change program, which has been going for about seven years,” he says.

Part of that transformation has been introducing its first digital person, Ella (Electronic Life-Like Assistant), through the use of AI, as well as updating all digital portals.

“It is about ensuring the public have access to the police when they need it,” he says. “That’s a balancing act because we also have to be present in human form in the community.

Our people need to be visible; we need to have more physical presence out there. But we want technology to complement that service.” The environment in which the police operate is forever changing.

For Mike and his team, it has always been about understanding what that change might look like, anticipating it and planning for it. “We have to ensure that we’re a modern organisation ready to face whatever challenges come our way,” he says. 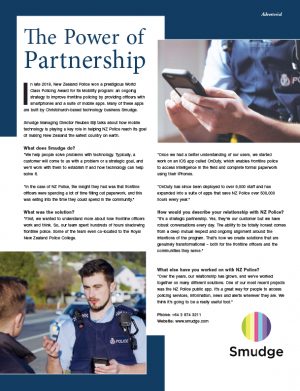