Not everyone can say that they built an educational coding game when they were 12 years old that ended up selling for FRF50,000, or roughly US$54,000. Or that they started their first company when they were 15, earning them recognition as one of France’s youngest entrepreneurs.

Even fewer can say that they went on to create 11 additional companies and have the financial means to retire and live comfortably while supporting their family in their mid-30s. But Chief Software Officer for the United States Air Force Nicolas Chaillan can.

“I’m 37 now. I’ve been working for 22 years already and was CEO for 19 of them,” he says. “I was able to make quite a bit of money with my companies to the point where I don’t have to work anymore. While that’s good, it wouldn’t have the same impact.”

Upon the creation of Nicolas’s 11th company, he had a revelation. He decided he no longer wanted to create new companies and inventions just for the fun of it or purely for financial gain – he was ready to make a difference.

“At the time, I was doing a lot of innovating. I sold 180 products to 45 different Fortune 500s,” he recalls. “My expertise is in creating innovation and IT. I’d bring it to life, prototype it, and then sell it to a buyer because I hate growing sales — I like just being the tech guy. I build tech and then let someone else run with it.

“But for my 11th company, things changed. This was the same time that the attacks in Paris took place. And I wanted to make a difference.”

Time to make a difference

Since “you can’t really do much in the US Government if you’re not a citizen”, Nicolas – who is originally from Marseille – applied to join the US Department of Homeland Security (DHS) one month after receiving his US citizenship.

This saw Nicolas becoming the Chief Architect and Special Advisor for Cybersecurity at DHS. “We were trying to solve some of the cyber issues related to critical infrastructure,” he shares. “People were trying to hack into the grids – the water supply and whatever else they could.”

He stayed in this gig for 18 months when the new administration came in. “My term ended right when Donald Trump started,” Nicolas says. “That’s when I created my 12th company, which I sold within six months, and became the CTO at Qualys – the publicly traded cyber organization that bought my company.”

My take has always been that we have to move fast, and we need to take risks.

“We were so successful in building that DevSecOps initiative that we needed to find a home to run it – the OSD doesn’t really run projects. Instead, they give it to the Navy or the Air Force or some other DoD component to run it. That’s when they created my office, which is the Chief Software Office. And now, I’m the first Chief Software Officer in the US Government. Now that I’m the first, I’m hopefully not the last.”

The Chief Software Officer’s role is to remove impediments in the adoption of enterprise services to move to agile, DevSecOps and rapid prototyping innovation. “All the stuff that we need to build software continuously, release software multiple times a day and not be stuck in time, all the way to pushing innovations to the weapon systems that we do,” Nicolas says.

“It’s an open-source orchestration technology called Kubernetes that we put on jets, bombers and space systems. And, recently, we were able to put it on the U-2 jet, which is 50 or 60 years old, in 12 days and fly it. That’s the kind of thing we’re doing here. It’s pretty game-changing in terms of delivering a capability to war fighters so rapidly. In fact, we’re deploying to production 31 times a day, which is pretty cool for the government. It’s pretty quick.”

The pressure is on

Not only has Nicolas reached a pinnacle in his career, but he’s also started a family – and making a difference has, arguably, never been more important to him. “Once you have kids, you look at the landscape of the superpowers, and if you care about democracy and doing right by your kids, then it presents an entirely new pressure to focus your time on what could be the most impactful for them. What I spend time on now could be the difference between us getting 20 years behind China or not,” he says.

China, not Russia, is the country that worries Nicolas most. “They’re not kidding around, waiting for us to figure stuff out both in artificial intelligence and innovation,” he says. “We spend months talking about ethics and the like. And meanwhile, they are building weapon systems and crazy capabilities that can really push them into the next generation.

“And what will be the fighting chance for our kids then, if we’re 20 years behind with not only the fact that they have so many more people, but they have working people as well. They win in volumes. Obviously, we don’t win with volumes, we need to win by smarts.”

We don’t win with volumes, we need to win by smarts.

Nicolas recalls the stress of being the sole owner and investor of a company with hundreds of employees, and says it doesn’t even hold a candle to the pressure and stress he faces in this role where the budgets are in the billions and he’s up against life-or-death situations. 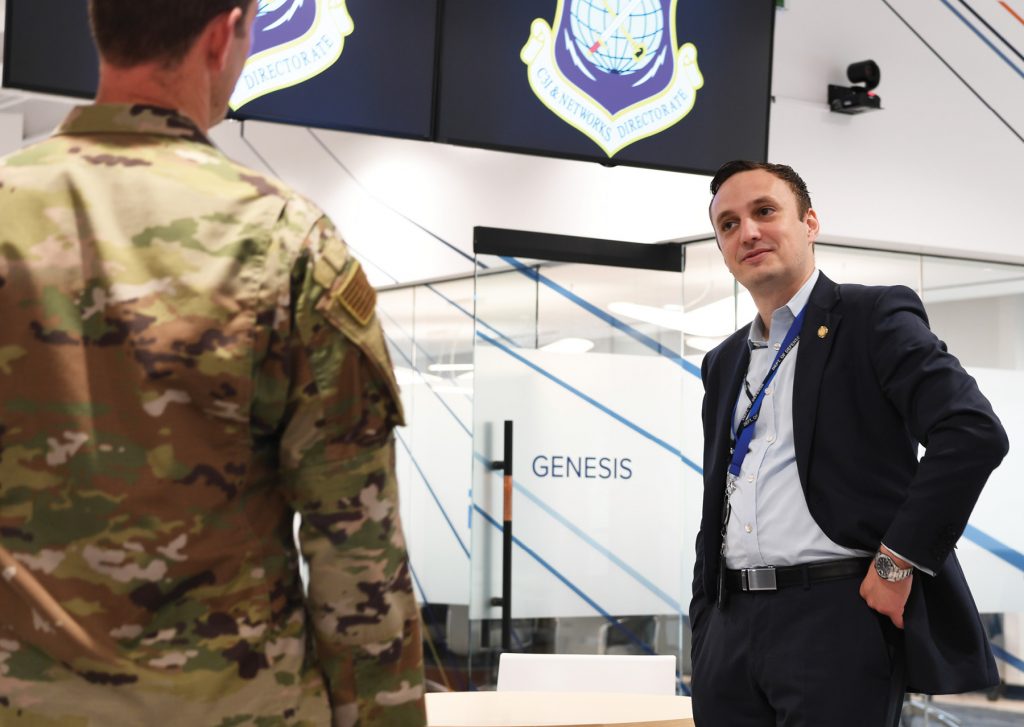 “It’s a whole different pressure, but it’s also the most impactful job I’ve ever had. I’m touching nuclear systems, space systems, jets and bombers, while worrying about the future generation and maintaining a balancing act of saving taxpayer money, being more efficient and delivering tangible capabilities,” he reveals.

“And my responsibility, while I’m the Chief Software Officer for the Air Force, I’m also co-leading the entire DevSecOps for all of DoD, which is something I insisted on doing because it’s not the Air Force versus the Navy versus the Army. No, it’s all of us versus China.”

The push for innovation

Of course, no matter how well-oiled the machine, there’s bound to be challenge and with the US Air Force, that’s certainly no different. Fortunately, the challenge zone is where Nicolas thrives. Since he started his role, he’s implemented a variety of solutions, considered to be ‘best practice’ in the private sector, to address the US Air Force’s slow software delivery and lack of vendor diversity and cybersecurity.

He did it by reimagining how industry and government can better work together to meet the warfighters’ needs at the speed of relevance. “By bringing DevSecOps and Kubernetes to the DoD in creating Platform One, the first DoD-wide Enterprise DevSecOps Managed Service, we’ve been able to save the department and taxpayers 100 years-plus of planned program time by moving key weapon systems across the platform,” Nicolas says.

“We also brought Kubernetes on weapon systems, including jets and space systems, where we demonstrated that containerization was not only possible, but game-changing on Real-Time OS and legacy hardware.”

Even more, Nicolas pushed for over-the-air software updates to weapon systems (U-2) while flying the jets. He did this by bringing AI/ML capability to the jets to copilot them alongside Air Force pilots.

I’m the first Chief Software Officer in the US Government. Now that I’m the first, I’m hopefully not the last.

However, perhaps his proudest achievement has been reducing the barriers of entry to work with the US Air Force. “Effectively, we had created a very small bubble,” Nicolas reveals. “Being in a position where there’s no competition, no diversity and no big push for innovation isn’t a good place to be.

“Platform One enables more opportunities for non-traditional vendors to work with the DoD by allowing interoperability between vendors. And open-source means that other agencies across the US Government and private companies can use Platform One and contribute back to the tech stack, so it can continuously improve. We believe in the openness of open-source partnerships.

“We need to be able to detect cyber issues fast and do what we can on the commercial side in terms of cyber mitigation. And that’s why I helped create the first, large-scale implementation of Zero Trust in the US Government with Cloud Native Access Point, moving from obsolete perimeter security principles to a cloud-agnostic, elastic zero-trust implementation with data centricity and software-defined perimeters at its core. My take has always been that we have to move fast, and we need to take risks.”

AWS is honored to support the Air Force, the Department of Defense, and a wide range of other organizations as they transform their mission delivery. By working backwards from the customer and the mission, empowering builders in your community and maintaining a long-term vision, your organization can create a culture of innovation. 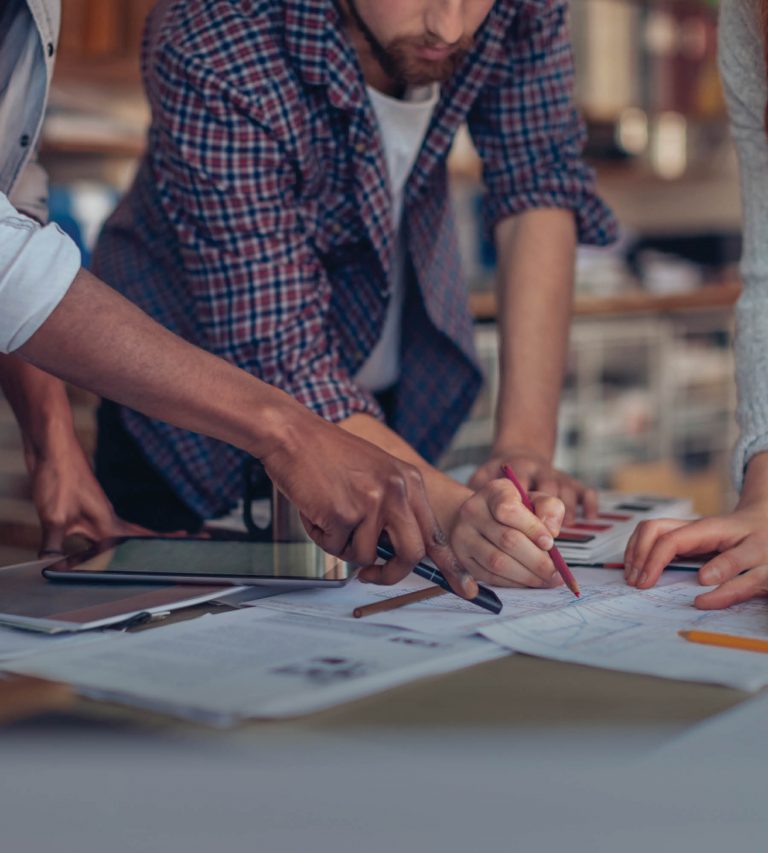