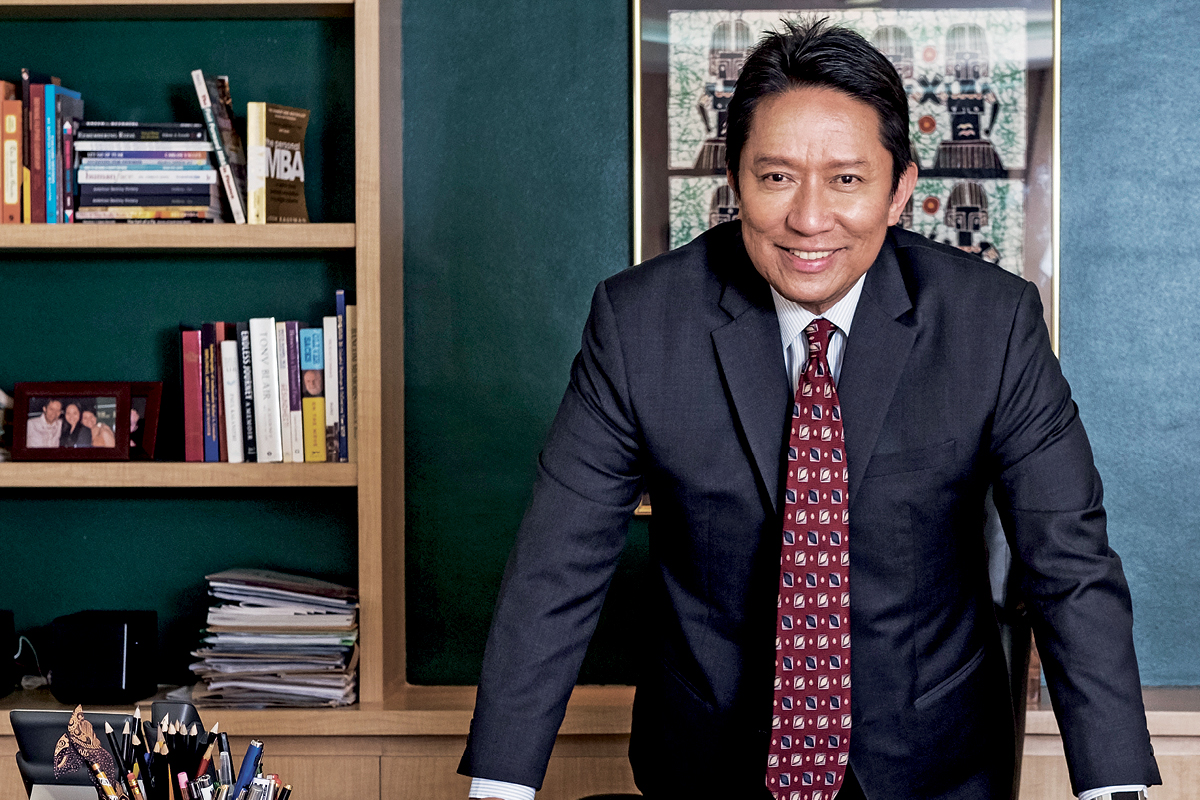 Humbled by the exuberance of his staff, Dr Eugenio (Eugene) Ramos enthusiastically embraces his new position as CEO and President of The Medical City, a healthcare enterprise composed of six tertiary hospitals and more than 50 ambulatory clinics, owned and operated by Professional Services Inc. in the Philippines.

“Seeing the employees of the hospital so proud and happy makes me teary-eyed,” Eugene confesses. He assumed the position in September 2018 and has a bold vision for The Medical City “to pursue a leadership role in health care in the Philippines and the region”, by making a difference in many aspects of leadership.

“My team will pursue this leadership mindset as we continue to create the picture of the future together,” he declares. “It is both fulfilling and humbling to see what we’ve achieved together so far.” 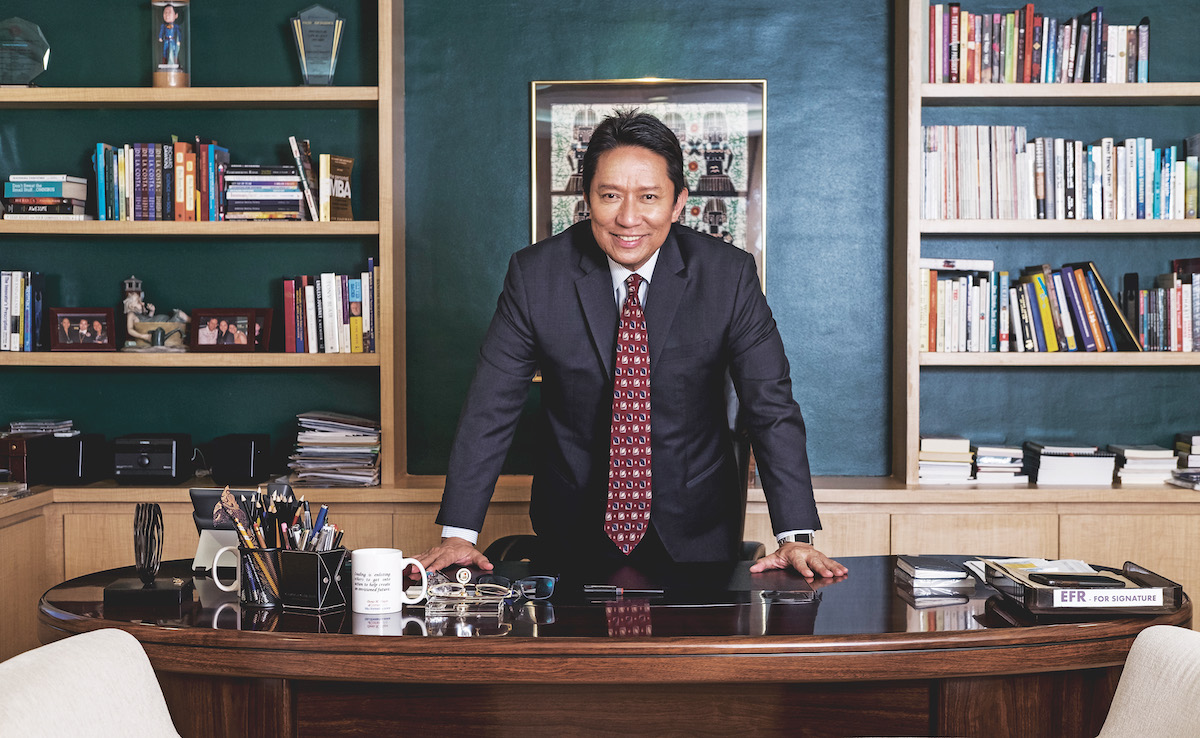 Dr. Eugenio Ramos CEO and President of The Medical City

The hospital has 51 years of experience in healthcare delivery, providing care to approximately 50,000 inpatients and 500,000 outpatients a year, in its main hospicentre stagegas, Pasig City, alone.

It has institutionalised many reforms, guided by its mission: “To always keep our patients on centre stage, to deliver service of greater worth.”

Until recently, the institution had a very hierarchical structure, with a ‘command and control management style’ that was probably necessary and effective during its early growing years.

Having been with The Medical City since 1980, Eugene has witnessed the growth and achievements of the institution, learning in no small measure from his mentor and predecessor, Dr Alfredo Bengzon, a former health minister under the Corazon Aquino government.

“I never aimed for this position and I envy classmates who now flaunt their retirement calendars. My wish was to retire from administrative work at 60. That was two-and-a-half years ago. But here I am now, the President and CEO of an organisation that I have loved for the past 38 years. I was just 24 when I first set foot in The Medical City. I literally grew up here and fell in love with the idea of the future, inspired by my mentors, Dr Augusto Sarmiento and Dr Alfredo Bengzon. The only way I can return the favour is to make a difference as the leader of The Medical City – the institution that they started and grew, and the enterprise that I promise to lead and transform.”

When he was still Senior Vice President, heading the medical services and staff, Eugene started laying down the groundwork to address the changing profile of the healthcare industry and its professionals.

When he took on the role of CEO, Eugene sought to streamline the organisation. “Having been here for so long, I know where changes are needed,” he says.

“Over the years, silos had formed and had slowed down the organisation. At its present size, The Medical City’s need for agility couldn’t be more urgent.”

Clearly, the hierarchical structure was no longer appropriate and was stifling innovation. Eugene created a team to work on flattening the structure and transforming it into a matrix organisation.

There was a need to demolish the barriers between doctors and other employees, to work together as functional teams, less afraid to make mistakes, more involved and empowered to express themselves and assume accountability over their decisions.

His immediate focus was the institution’s people and culture. “We will build on the competence, capabilities and character of the staff,” Eugene explains.

“We have started hiring the best in the field, as well as redeploying some of our current employees to positions that fit their talents. What guides us is our philosophy of patient partnership, which is not only to centre our care on patients but to treat them with the utmost respect, and not just as mere recipients of our care.” 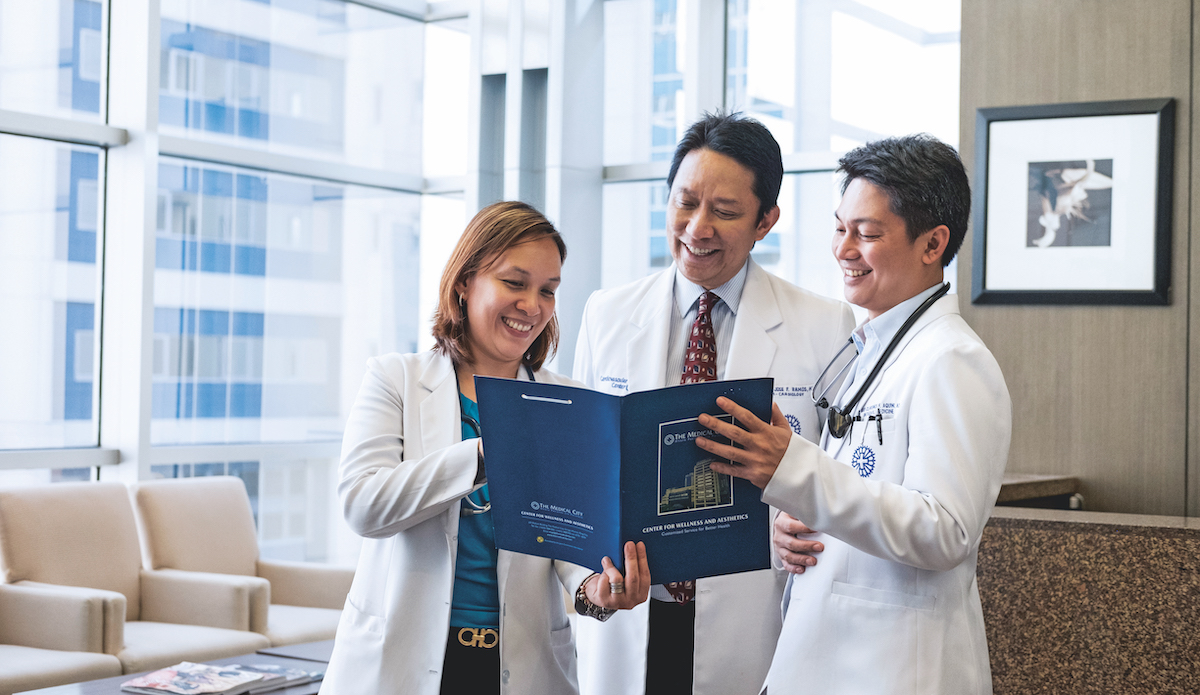 “Our philosophy of patient partnership … is not only to centre our care on patients but to treat them with the utmost respect.”

In Eugene’s first month as CEO, The Medical City garnered its fifth accreditation from the Joint Commission International (JCI), which works to improve patient safety and quality of health care in the industry.

Being a JCI-accredited hospital bestows the imprimatur of international quality. The Medical City achieved its highest overall score in this fifth accreditation.

The active participation of employees and medical staff was a testimony to their teamwork. “We built on what we already had,” Eugene explains.

“The institution had done well for years in areas of quality and safety, but management issues had started to distract and polarise. The goal was to raise the bar, address inertia and take off quickly to higher levels.

Making our organisation less leader-centric, more empowered and more agile, but also more accountable, was the way to go.“The challenges are now bigger,” he continues.

“There is a need to stop and reflect on where we are and what we have missed. Through all this, we never forget the core values that guide us: compassion, excellence, integrity and the primacy of human resource. At this point in our institution’s evolution, we have added two more values: openness and innovation. Now that we are a networked enterprise, we must tap into the power of our network to promote connectivity, share best practices and open our minds to new ideas. Encouraging innovation is one thing; developing it is another.”

Taking over as CEO was tough, but Eugene knew that getting people on board was every leader’s responsibility.

“I had to mesh the old and the new. I had to communicate well the picture in my mind of where we should be, aware of the few cynics who were waiting for me to make a mistake. But it was cathartic to see people embrace change and rid themselves of the old mindsets. I knew, however, that the exuberance had to be balanced with responsible behaviour and accountability.” Digital transformation of the network is the team’s big challenge. Changes to the network’s information technology infrastructure have to be accelerated.

“We aim to provide access to medical information and create a central hub of credentialled medical practitioners across the enterprise, maximise the network’s hub-and-spokes model, and institutionalise best practices,” he adds.

“We are not going to be timid about acquiring cutting-edge technology. To be a leader in health, we need to acquire sophistication as we take steps to be ahead in science and technology.”

As a leader in the healthcare industry, The Medical City must involve its patients in matters that impact their health.

Patient partnership distinguishes the organisation from other healthcare companies. Often, care may be centred on the patient but the patient is not involved in making decisions concerning his or her treatment.

“The patient partnership philosophy entails that the patients have to be informed when their health is involved,” Eugene points out. “We must educate patients and provide options based on scientific evidence, but also empathise with their condition.”

The Medical City runs clinical programs, including liver and bone marrow transplantation, and cardiovascular and cancer programs. It is the only hospital in the country with a JCI-certified acute myocardial infarction program. 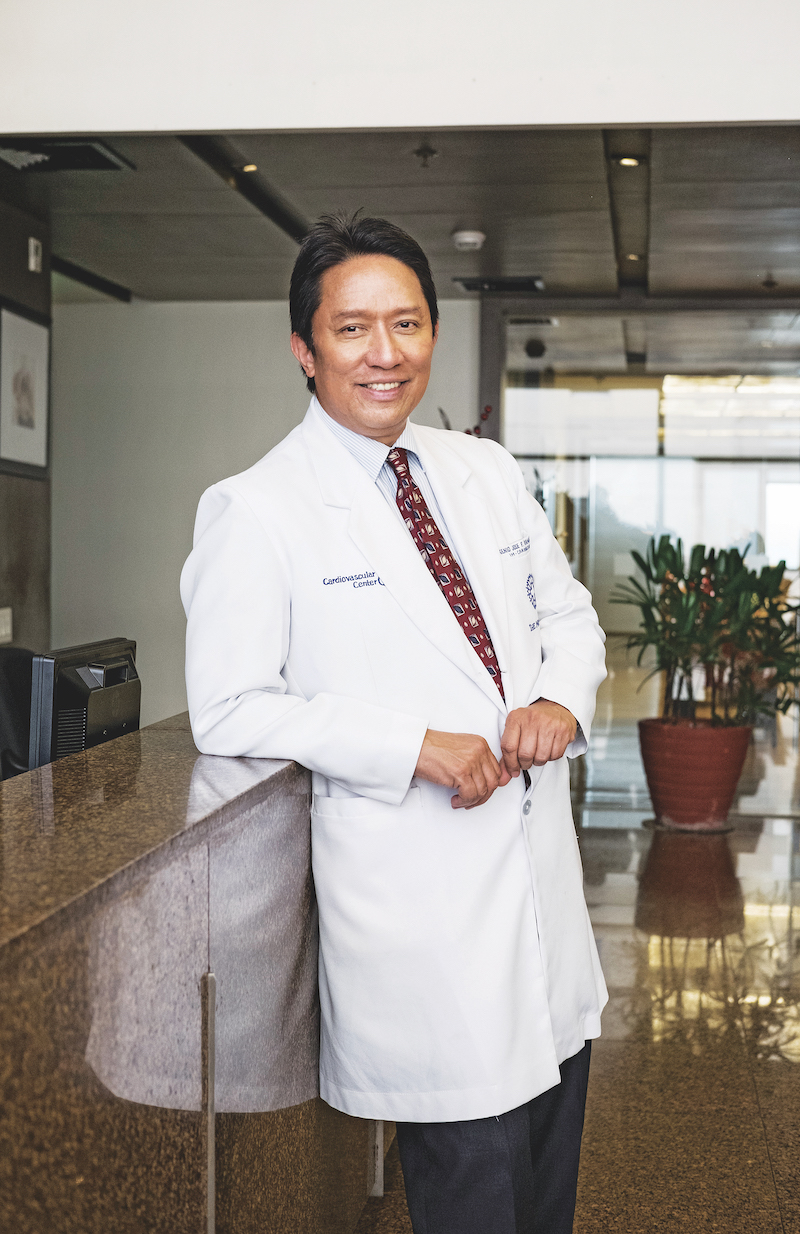 The organisation is one of only a few centres in the country with an accredited regenerative medicine laboratory for stem cell technology. The Augusto P. Sarmiento Cancer Institute, named after one of the organisation’s founders and chairman emeritus, and run by top-notch cancer specialists, is gaining headway in the fight against cancer.

The Medical City recently established seven clinical institutes in addition to the two already in place: Institute of Personalized Molecular Medicine (IPMM) and the Clinical and Translational Research Institute (CTRI).

These nine institutes are set up to run autonomously. “The IPMM spearheads innovative medical practice; the CTRI drives and manages research across the enterprise, and is the force behind all our institutional research.

“My goal when I took over was to create a flatter organisation, remove silos, demolish barriers to empowered thinking, promote agility and enforce accountability,” says Eugene.

“My goal when I took over was to create a flatter organisation, remove silos, demolish barriers to empowered thinking, promote agility and enforce accountability.”

“My team of leaders have responded quickly and have begun to rediscover their talents and capabilities in the process. Now I must focus on catalysing important changes across the enterprise. It is exciting to imagine the future of health care in the Philippines when you have the entire organisation behind you.”

“The only way we can move the organisation forward is by making sure that everyone is on the same page, and our goals are ambitious but realistic,” he says.

“I am responsible and accountable to the board as CEO, but the people under me are empowered to deliver positive results and to deliver them on time. I am aware that in an empowered organisation, errors happen, but that is a trade-off that is worth the risk.”