Janssen, the Pharmaceutical Companies of Johnson & Johnson, proves that it is possible to have a positive impact on people’s lives while also making a profit.

Janssen, the Pharmaceutical Companies of Johnson & Johnson, proves that it is possible to have a positive impact on people’s lives while also making a profit. 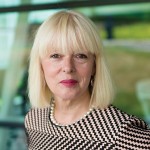 Over the past century, the pharmaceutical industry has progressed by leaps and bounds. Since the early 1900s, there has been a thirty-five year increase in peoples’ life expectancy, and roughly half of that is believed to be attributed to pharmaceutical intervention. That’s the space in which Janssen is making an impact, and for many years the business has been working hard to prevent, treat, cure, and stop some of the most devastating and complex diseases that humankind are faced with.

At the helm of a successful, purpose-driven business

Jane Griffiths sits as the Company Group Chair for Europe, the Middle East, and Africa (EMEA), having assumed the position in January 2011. She states that it is possible to run a successful business while also being purpose-driven; and Janssen is living proof of that. “We have an over-arching credo to have a positive impact on society and this mission statement was developed some seventy years ago. The money that we make as an organisation has to be balanced with the good that medicines do for people in the world. That’s something I strongly believe in.”

When Jane first stepped into the role she says she was incredibly excited about the opportunity; she was looking forward to working for a company that aligned so well with her own values and beliefs, and in an industry she was extremely passionate about.

“I absolutely love what I do; this job is truly amazing,” she shares. “If you reflect on the pharmaceutical industry and the amount of innovation it brings to the world to alleviate disease and prolong lives, then it’s absolutely fantastic to be involved in that.

“There were three things that really attracted me to the role. One was that Janssen is bringing great innovation to areas of high, unmet need which are well differentiated between patients. The second, which particularly stood out for me, was that the organisation has a focus on developing its staff. As you become more mature in your career you realise how important it is to develop people; your successors, and the future leaders. Finally, the third thing that excited me was the diversity within the EMEA region.

“I looked at how Janssen could best serve its patients with its current portfolio. The question I asked was: How do we get our medicines to our patients in an increasingly challenging environment when it comes to affordability? That is the state of the healthcare sector at the moment.

There is an expanding population, and an ageing population, and there are certain diseases that are rapidly increasing. Type II diabetes is one of those, Alzheimer’s is another, and both of those are chronic diseases which cost healthcare systems a lot of time and money. Thus, the opportunity I saw for myself was to get involved in changing the external environment as well as bettering the company.”

Jane became involved with the pharmaceutical trade association at a European level, by engaging with a group called EFPIA (The European Federation of Pharmaceutical Industries and Associations). This enabled her to participate in driving some initiatives at a regional level. She notes this as an important step toward promoting change within the industry: “I strongly believe that there are certain initiatives that need to be led by the industries rather than individual companies, which is why I decided to get involved with the association.”

Playing a part in corporate social responsibility and sustainability

Jane was previously Chair of EFPIA’s executive committee, and is currently the Chair of Johnson & Johnson’s Corporate Citizens Trust for the EMEA region — a separate legal entity that carries the name and trademark licence. In this role she is able to play a part in corporate social responsibility and also sustainability, both of which she is very passionate about.

As a woman in an executive position, Jane is fervent about gender diversity. “I was the first female company chair here at Janssen, and women’s leadership is an important topic for me,” she says. “There is a huge amount of talent in the world that is untapped due to women not being in the workforce or being lost in the workforce. So, as you can imagine, the topic of gender diversity is high on the agenda for me. It’s not just because I think more women should be working at higher levels in our company, but rather because I believe that by having more diversity you get better results.”

Under Jane’s leadership, Janssen has been steadily building momentum in its operations. It now boasts a strong pipeline of innovative products that can quickly be distributed to patients in need. Over the past year, its key growth areas have been in oncology, neuroscience, hepatitis C, and immunology. According to Jane, the business will continue to develop those, as well as focus on some new areas. “New chemical entities continue to be the lifeblood of our growth,” she says, “but we have to layer onto that two things: excellence in execution, and having the best people in the team. I see that as being crucial to our growth going forward.

The development and commercialisation of medicines is a ‘complicated business’

“Development and commercialisation of medicines is quite a complicated business. It can take ten-to-twelve years to develop a new drug or medicine, and it can cost up to US$2.5 billion to bring a new medicine to market. I’m sure you can imagine the sort of human capital required to do that. Therefore, we

are constantly looking at new skills and making sure we have talented people who are able to excel in their roles. That’s going to be an important factor in our growth over the next three-to-five years.”

Furthermore, Jane says that partnerships will become evermore important in Janssen’s future. “What I don’t want our organisation to be is a company that only sells its medicines to healthcare providers,” she explains. “My aspiration is that we are seen as a partner in the delivery of healthcare. We are looking into programs we can run to remind patients to take their medicines, as well as to provide information on the success rates of particular drugs. We want to partner better with the healthcare providers so that we can deliver even greater outcomes for our patients. I want us to be an outcomes-led organisation rather than a company that focuses on how many packets of pills we’ve sold.”

The importance of a streamlined supply chain

As well as being a partner itself, Janssen recognises the importance of having a streamlined supply chain. It is constantly trying to improve upon the ways in which it delivers its products, prioritising speed and efficiency. “We have much more mature relationships with our suppliers now than we had in the past,” Jane says. “The way we use these companies is not just to procure goods, but to get involved in the service delivery. By doing that we have been able to learn a great deal and improve our offering. We’ve also decided that we will go anywhere that good science is to improve our R&D department. So if we acquire a small biotech partner or work with another company to produce a new chemical entity, we are much more externally focused than we used to be when it comes to forming partnerships.”

Janssen is also partnering with companies that don’t just improve the bottom line, but garner social impact. “In the UK at the moment we are using our purchasing power to set aside a certain percentage of what we spend in the region to go towards having a social impact. We are using our size and scale to be able to put

‘X’ per cent of our expenditure into the companies that will have a positive social impact, as well as provide us with the goods we require. This will eventually be rolled out beyond the UK into other countries too. That’s a different sort of partnership but I think it’s very exciting to be able to use your size and scale to drive positive change.”

This commitment to bettering peoples’ lives, as well as improving the world around them, is what sets Janssen apart from its many competitors in the pharmaceutical space. “Our patients are at the centre of everything we do,” Jane states. “We’ve been around since the 1950s and this has always been the way the business has been run. That’s deeply ingrained in us and it is something we are constantly working on. If you ask people how we are different, I think that’s the first thing they would say. We just ranked fourth in a survey on corporate reputation by PatientView, highlighting just how strong we are when it comes to focusing on and delivering for our customers.”