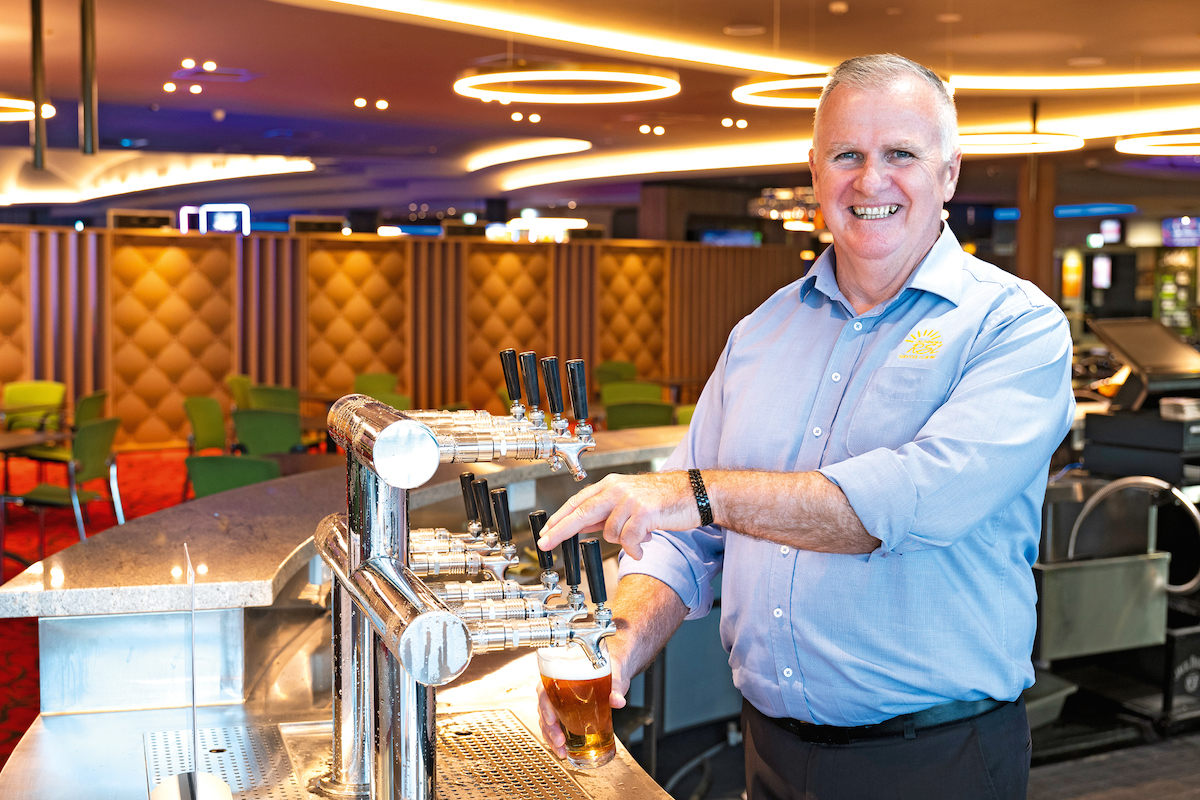 When Graeme Devin was appointed General Manager of Caloundra RSL on Queensland’s dreamy Sunshine Coast, his first act was to close down the club. In an unexpected twist of timing, he had taken on the role just as COVID-19 was gathering pace, and a change of leadership was overdue.

“The previous manager was ready to retire – he had several goes at retiring and never quite got there,” Graeme tells The CEO Magazine. But when new restrictions to stop the spread of the virus meant that club would have to temporarily close, he called time then and there.

“Which basically left me with the club, closing the doors. At that stage, we didn’t know for how long, what was going to happen or whether we’d actually ever reopen. But I guess it was just a case of grab it, run with it and see what happens.”

The next few months were spent navigating the pandemic’s uncharted waters, which meant working out JobKeeper entitlements for staff and ascertaining what the club could and couldn’t do. Then, as the shutdown approached its end, Graeme’s focus shifted to reopening, prompting a deep clean and a reorganisation that marked the start of a new chapter for the RSL.

Some employees decided the time was right to move on which, in hindsight, Graeme says wasn’t necessarily a bad thing. “It helped our capacity to change, because everything had to change,” he reflects.

It’s about driving people’s attitudes and changing the culture of the business.

“We couldn’t keep on doing the things that we used to do; we needed to do something different.” Once the doors reopened, the regulars were the first back through. “I think they missed us as much as we missed them over the period that we were closed,” Graeme says.

However, he was determined that it wouldn’t simply be business as usual. “We just kept on doing the same things over and over again, expecting to get a different result. So we took the opportunity to try and change the focus, change what we do and how we do it.”

Among these changes was a shift away from the 60s and 70s music that had become a mainstay to a more contemporary playlist. “We were having the same half-dozen people come and watch the show then go home, with no-one in the club,” he recalls.

“We’ve changed that to a little 80s, 90s and 00s music, and now we’re getting people come in later at night. We also have a DJ, so the young ones come in.” Growing the club’s footprint is also on the agenda, driven by the rapid pace of expansion in Caloundra.

“For example, with the Caloundra South Priority Development Area, what opportunities exist for us down there to open another venue?” Graeme asks. These days, growth is no longer simply a matter of getting bigger – it is far more strategic. “The RSL is probably one of the biggest RSLs in Queensland by floor space, but we can’t grow any bigger on that location, so we need to look at other options.” 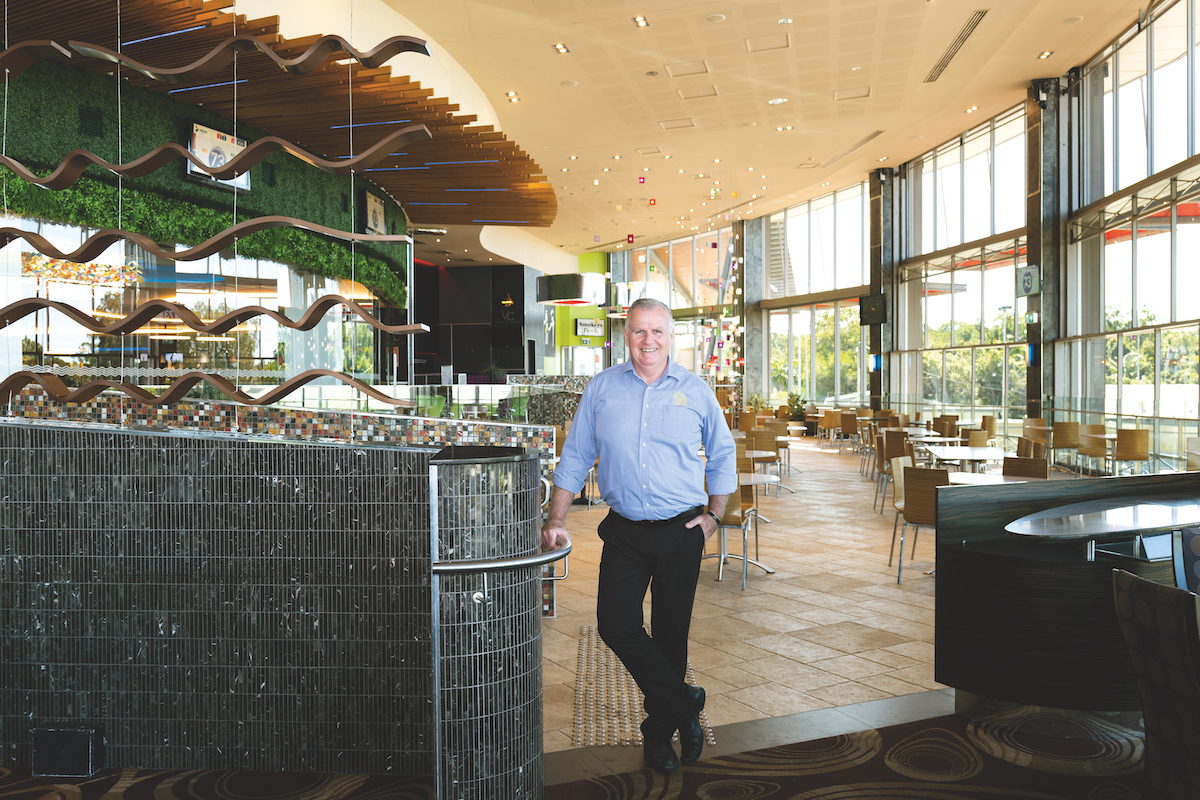 However, when it comes to moving things forward, there are always obstacles. For Caloundra RSL, it is a fear of change that is its biggest hurdle, according to Graeme. “Some of our longstanding staff are a little bit reluctant to change,” he admits. “It’s about driving people’s attitudes and changing the culture of the business.”

He is undaunted by the challenge, putting in place a people and culture team to help drive his exciting vision forward. Social media plays an increasingly important role in these plans. In order to maintain motivation and positivity during the difficult pandemic period, the RSL, for the first time, ventured into the world of Facebook.

“The club has never really been big on social media and especially not from a staff sense,” Graeme points out. “We created a staff Facebook page for workers to be able to keep in contact, and a few social events between the staff took place.”

Since its return, the RSL has also adopted The WOW! Awards, a way of recognising outstanding customer service based purely on customer nominations and judged by an offsite body.

“That’s helping a fair bit with customer service and getting people motivated,” Graeme shares. That is so important when working in hospitality, where serving up a great experience is absolutely essential. 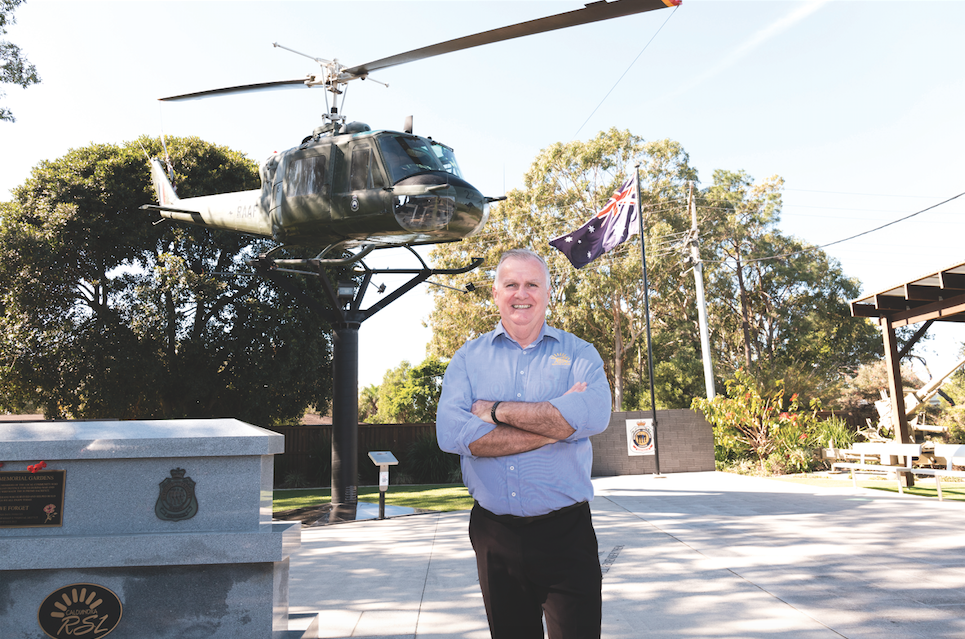 “Everyone has good days and bad days, but you have to try to keep that positive vibe whenever we go about our work,” he stresses. “Greeting the customers, having a chat, making sure the service is done and that the place is presentable all the time.”

The RSL’s Anzac Day was a “classic” example of the challenges the club faces when it’s busy. “At the end of the day, it’s about working as a team so we’re all heading for that one goal, which is just to make sure that everyone has a good time,” he says. Little interactions with customers can make all the difference, Graeme insists.

“I’m a little bit old school. I can pull more than one beer at a time,” he laughs. In fact, he can pull four, something he was doing during the RSL’s Anzac Day event this year. “A customer came up to me and said, ‘That was fantastic to watch.’ It was all about these small things you do that can make the day more enjoyable for everyone.”

After a few “difficult” years, the club is now getting ready for a revamp. “We’re actually in a position to do some renovations and give the club a facelift,” Graeme smiles. “I think it’s been a long time coming, and our customers are going to be really surprised at what it’s going to look like and how much better it will be.”

It represents a return to form for the RSL, according to Graeme, who also used to work here back in the 90s before taking a break. “Back then, it was on the leading edge of hospitality,” he explains. “It moved away from the traditional dining halls and cheap meals, and did something a bit different. I think we’re back to doing that now.”