A committed team is a team with clarity: Sean Joubert 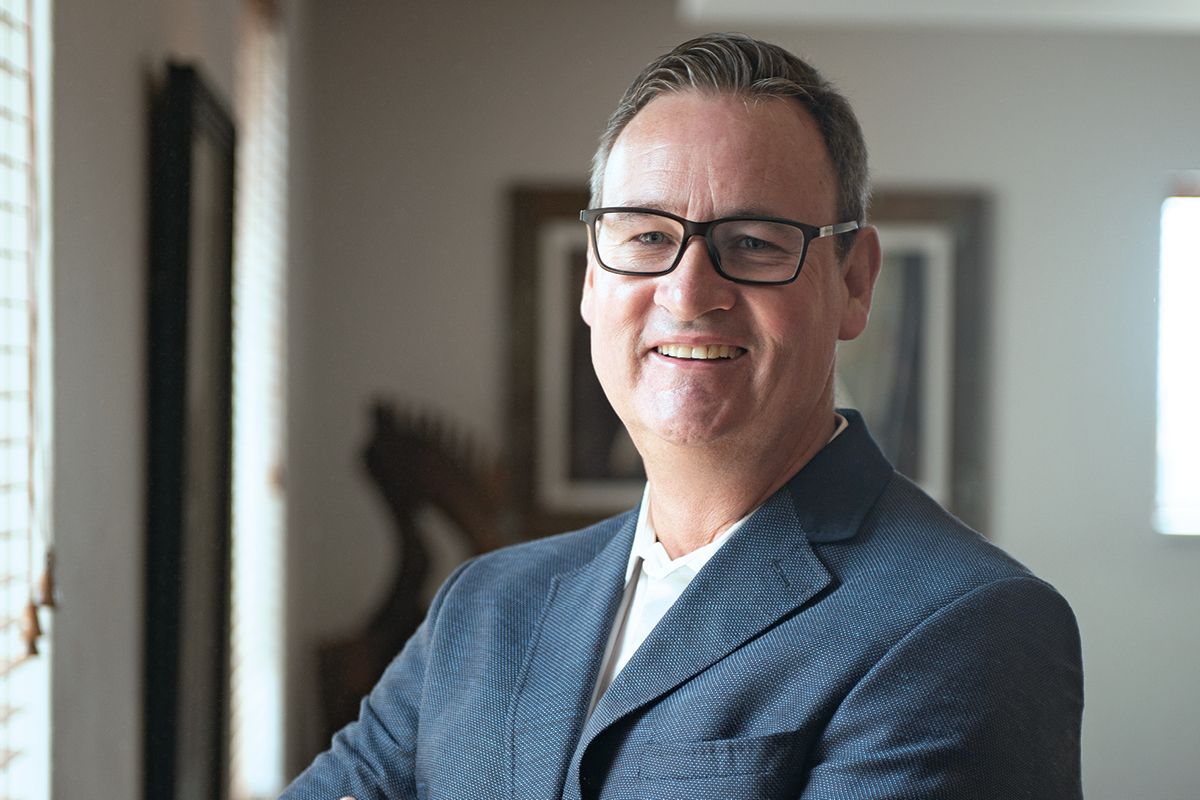 Conventional wisdom holds that selling a product or service is easier when one has a deep familiarity with it and, fortunately for South African tourism company Tourvest, CEO Sean Joubert has the passion for adventure necessary to be its leader.

Sean has a strong connection with the outdoors; outside office hours, you can often find him mountain biking, road biking, bushwalking, horseriding, jetskiing, playing sport and more. His passion for the outside world is why he’s so committed to his role with Tourvest, but equally great is his passion for travel and experiencing the sights and sounds of the natural landscape.

“My favourite places are along the Zambezi, the Serengeti in Tanzania and Victoria Falls in Zimbabwe,” he says. “For me, they’re exciting destinations where wildlife is abundant, the people are friendly, the properties are world-class and I can feel passionate about wildlife conservation. The bush and South Africa in general are both destinations that appeal to my personal interests.”

Of course, as much as he might enjoy exploration, activity and travel, the more indoor-based requirements of leadership remain. In the office, when leading his team, Sean operates as a glass-half-full leader who recognises the importance of integrity and transparency in building trust in a company’s leadership.

“The key is building creative unity,” he explains. “For me, a committed team is a team with clarity – one that’s able to communicate clearly, then reinforce that clarity. It revolves around why we exist, what we do and how we’re going to succeed. It’s providing the accountability of leadership and being held accountable for the operation.”

Sean himself draws inspiration from the company in several ways, including a belief in Tourvest’s services and products. He’s firmly committed to everything the company offers – including travel management, destination management, destination retail, hotels and lodges, adventures and activities, restaurants, curio shops and foreign-exchange bureaux – and shares a profound connection with the Tourvest team and culture, saying that his own beliefs align perfectly with those of the organisation.

Finally, he’s a firm believer in his ability to make a difference. In his position, Sean can add value to Tourvest, while the organisation, in turn, is able to add value to society. Indeed, a sense of social justice infuses the company at every level.

For example, investment firm Guma’s acquisition of Tourvest in 2008 was aimed at creating opportunities for black entrepreneurs in a nation still recovering from apartheid. Sean guides Tourvest’s strategic direction with the concept of ‘conscious capitalism’ firmly in mind. To Sean, this means driving participation across society and communities, benefiting all parties.

Sean believes this isn’t just something Tourvest can do to stand out; it’s a moral obligation to the industry. “Tourism has to be aligned with economic, social and environmental concerns that ensure the long-term sustainable development of the industry,” he explains. “It’ll continue to grow alongside world prosperity as the population increases, and therefore we need to ensure it provides benefit to all.”

As the global tourism industry continues to welcome new travellers, changing demographics will force industry players to adapt. Sean notes one of the biggest changes will be the growing number of young travellers from the millennial generation. The increasing representation of that age group comes with a demand for personalised services, health and wellness products, and an inspirational, emotional travel experience.

At the same time, says Sean, a growing global middle class and falling levels of poverty will drive more tourism. By next year, half of the world’s population is predicted to be middle class, and is largely going to be represented by Asia–Pacific growth.

The major adjustment required (besides investment in crisis management, due to global political instability) is a greater focus on digital channels. Disrupters like Airbnb demonstrate younger, middle-class travellers’ demand of access to information, and dynamic lifestyles. In response, companies such as Tourvest will have to offer “customisation, personalisation and instant gratification” in the form of digital investment. 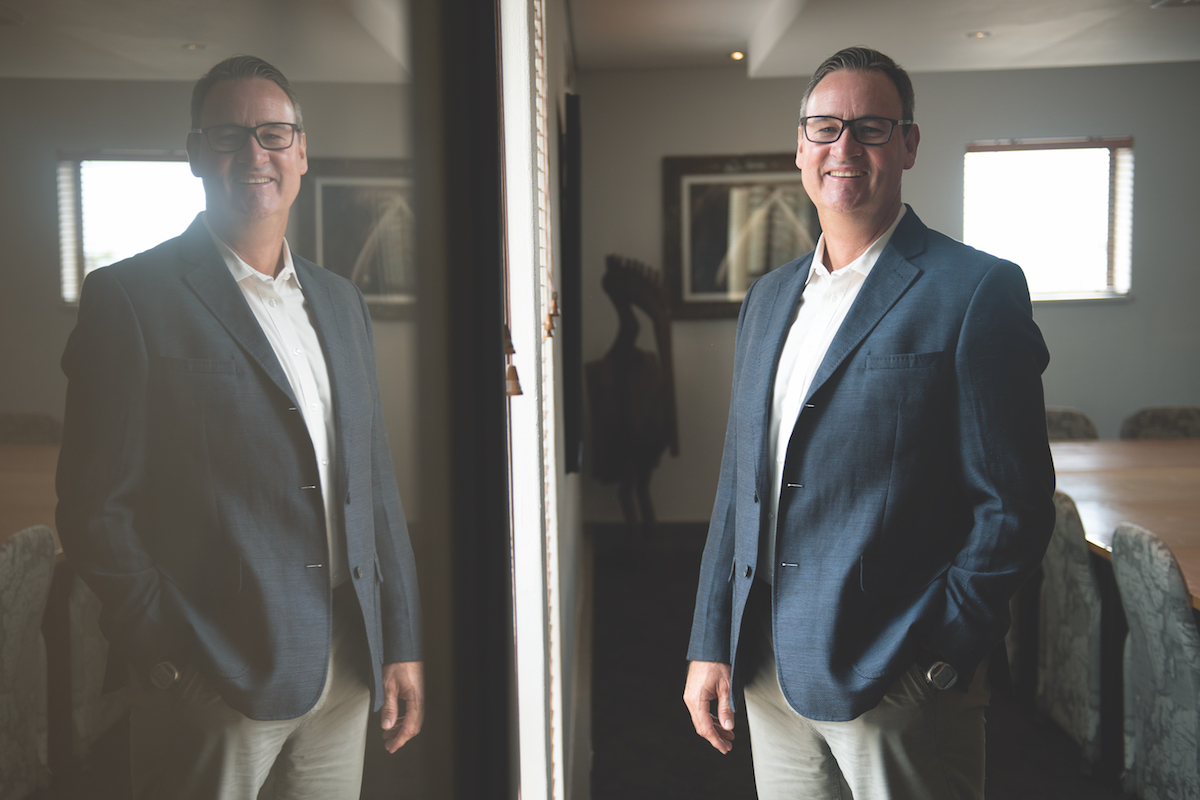 Fortunately, Sean is no stranger to technical innovation, having spent his pre-Tourvest career in companies such as IT service provider Dimension Data. Indeed, he considers his greatest achievement (besides a happy marriage of 25 years) to be working alongside the Dimension Data team in surviving the dotcom crash.

Perhaps this could explain why he’s able to recognise the importance of digital tourism channels; Sean’s only been with Tourvest since the start of last year, and nearly two decades of work in digital services doesn’t wash away quickly. Ultimately, his persistence in pursuing technological innovation can be attributed to his philosophy – sticking with what you know.

“You need to concentrate on your strengths and play to them.” 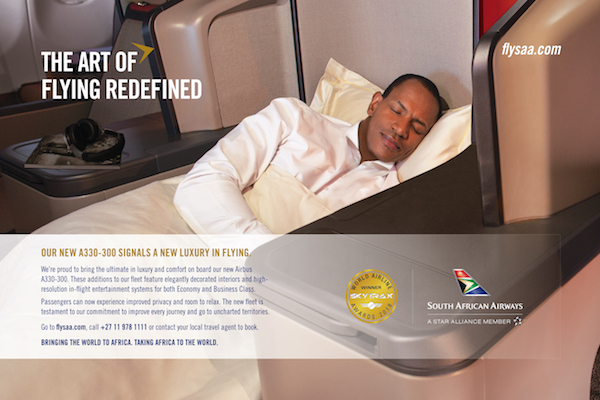 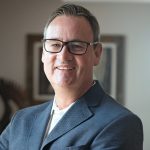