For a self-confessed bean counter, conditioned to focusing predominantly on facts and figures to secure the bottom line, Zainal Abidin Shah Mahamood has an extraordinary insight into people.

In fact, the Managing Director of Malaysia’s TNB Fuel Services (TNBF) is very much a people person, relaxed and engaging, who makes it a point to chat with his staff first thing every morning before his feet are planted beneath his desk.

“Yes, it’s a commitment,” he says. “I can’t afford barriers of communication or distance between respective generations, or executives and non-executives. Everyone has to be treated the same. So as soon as I arrive in the office, I walk around and talk to everyone – not necessarily about work, but about their families and their lives.

“I know who’s getting married, having a baby or who’s cranky about an issue in the house. It’s critical because it gives me the opportunity to get to know them, and it gives staff a sense that the person leading them cares.”

He’d joined the company as COO in 2009, armed with vast experience working in markets, finance management and international trade practices, but with little idea of how to cultivate relationships.

“I am more of a bean counter than anything else,” he reflects. “Over the past six years, I have had to learn the other side of the equation – that successful business is not always about the dollar and cents, but more about networking and cultivating business and personal relationships. That’s the prerequisite.”

My staff are my mentors, my first line of counsellors, my teachers.

Zainal is now acutely aware that his vast and diverse responsibilities leading the company start with the people he serves around the globe.

He’s answerable not only to the business and his own teams, but also to crucial partners and a discerning public, all of them with multiple demands and huge expectations. “A lot of it has been learned on the job,” Zainal reveals.

“When I accepted the role, there was no time to complete management courses. I turned to my staff instead. My staff are my mentors, my first line of counsellors, my teachers.”

Never have those important lessons been put to better use than in 2020, as Zainal faced extraordinary challenges. On one front, he was steering TNBF safely through COVID-19, ensuring supplies remained uninterrupted, while on another he was ensuring the company was prepared to tackle huge reforms to the Malaysian electricity supply industry (MESI).

Headquartered in Kuala Lumpur, TNBF is a wholly owned subsidiary of TNB, Malaysia’s largest utility company, which owns 60% of the country’s generating capacity and employs more than 35,000 people to provide electricity to more than nine million residential, business and industrial customers.

TNBF was launched in 1998 to import premium quality coal for Malaysia’s power plants from countries including Indonesia, Australia and South Africa at the lowest possible price.

It has grown to become the largest single coal-procuring company in South-East Asia, handling close to 40 million tonnes to become the backbone of almost 75% of Malaysia’s fuel generation mix.

However, the mix was about to be changed when, in September last year, the government announced reforms to the Malaysian electricity supply industry (MESI), with the introduction of an open market situation – a striking shift that will allow independent power producers to source cheaper fuel independently.

Introduced under a 10-year master plan known as MESI 2.0, the reforms will include new power purchase agreements, independent sourcing mechanisms and open transmission grid and distribution lines to third-party access by non-renewable producers.

Even though TNBF was kept in the loop and even consulted to establish the regulatory framework for the new reforms, Zainal spent countless hours preparing the company for the enormous changes.

However, always pragmatic and seemingly unflappable – a first impression gleaned by The CEO Magazine when it spoke with Zainal last year – he clearly doesn’t miss a beat when it comes to dealing with curve balls.

“We were included in finalising the appropriate business model and became an essential input provider, ensuring there was a level playing field for all participants,” Zainal explains.

“Then we had to restructure TNBF itself to internalise the changes, and that meant not forgetting our people. We had to focus on a shift in the work culture to enable us to sustain our revenue while optimising our costs.

“There is the misconception that TNBF has a monopoly over coal because we are the main buyer, but that is not the case. We don’t control pricing; we are a price aggregator. Our concept is not profit but rather managing costs as efficiently and as effectively as possible in our procurement.” 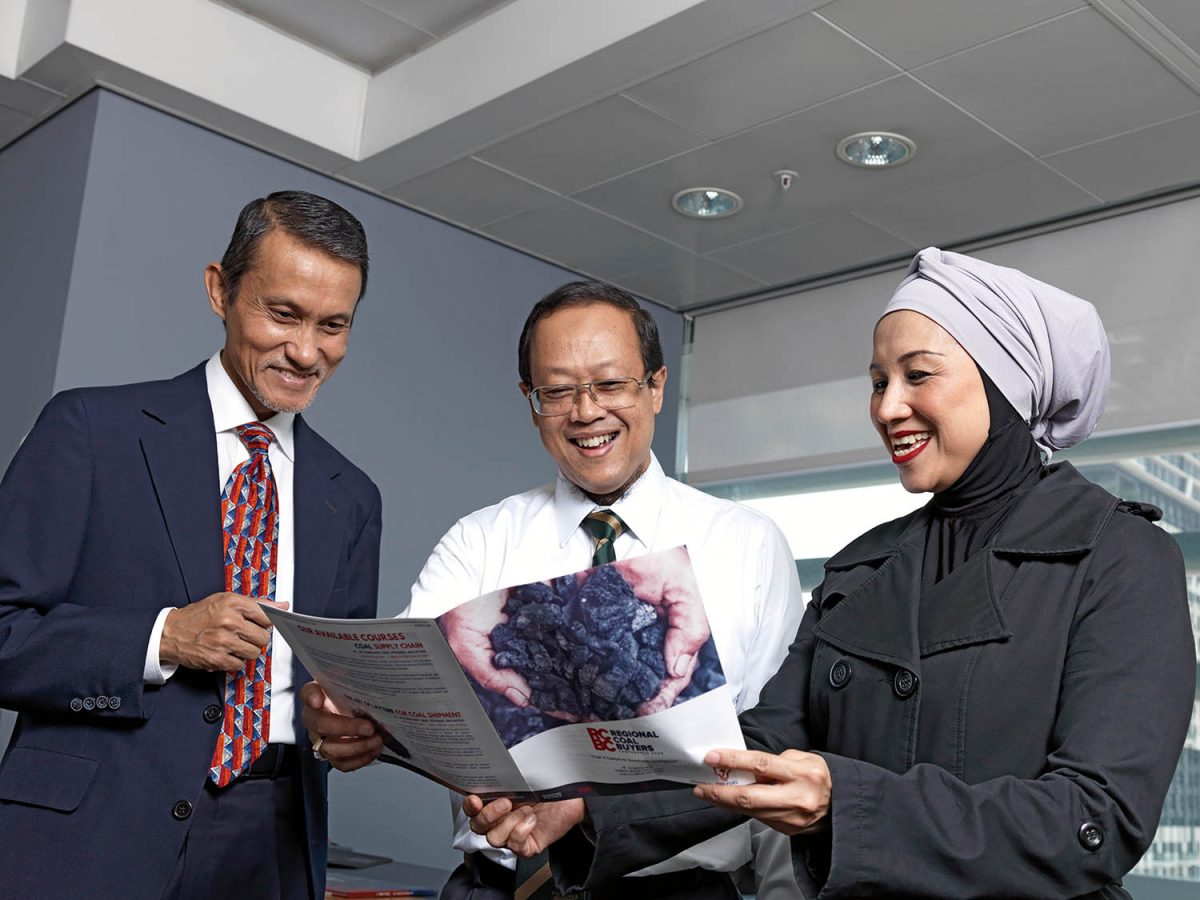 Meanwhile, looming on the horizon was COVID-19, indiscriminately taking its toll around the world and triggering Zainal into action so that TNBF’s fuel supplies would continue to flow.

If ever there was a true test of the value of long-term relationships and the trust cultivated with new ones, this was it. “We did it – we got through with no supply interruption at all,” Zainal reflects.

“There was no shortfall, no obstruction and that all rested upon the well-defined, long-term relationships we have with various suppliers across the world. Not forgetting, of course, our own people and our relationships with them. We were very, very fortunate actually, because before the pandemic hit, we had embarked on a pilot study of a working-from-home scenario. It came in handy and fit our purpose when it was needed.”

As one would expect from a leader emerging from an accounting background, Zainal is methodical and procedural. His first step to securing crucial relationships with suppliers involves meticulous research and analysis to ensure the product he procures ultimately satisfies customer needs.

With the company’s strong commitment to excellence, Zainal admits it’s a constant juggling act to keep costs in check while always maintaining quality, reliability, security and market risk at acceptable levels to please everyone.

At the same time, Zainal says environmental concerns are a priority and cannot be ignored. His teams are working hard to be more sustainable, such as reducing the pollutant emissions from energy processing by sourcing low-rank coal, which contains a lower concentration of carbon.

“We’ve seen a significant change, even over the past year, where focus has intensified on environmental concerns,” Zainal says.

“While obviously our priority is to provide an economic means of generating electricity and maintain our customers’ standard of living, this younger generation coming through has triggered a major shift in concern over the coal impact on the environment. There is a definite and significant move into a greener or more environmentally friendly product beyond coal.” 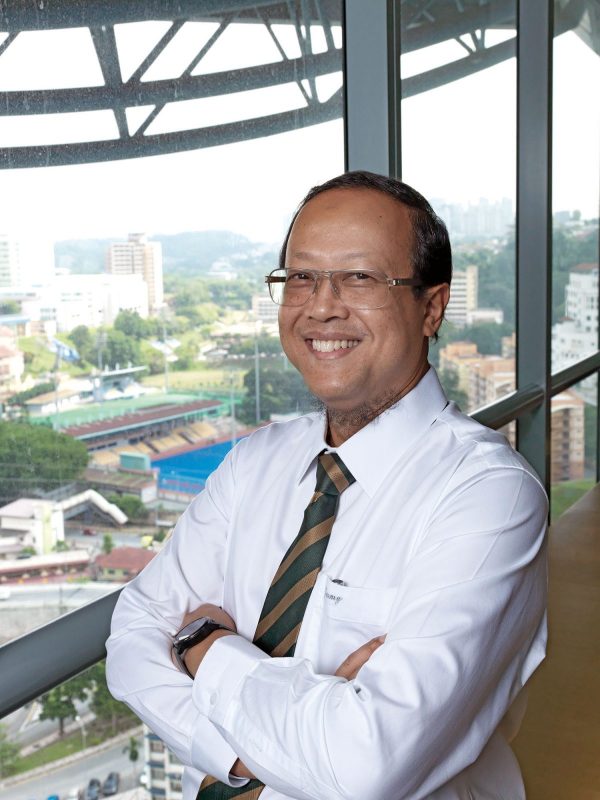 In October last year, TNBF in partnership with Shell Malaysia Trading (SMTSB) was the first to deliver a trial cargo of liquified natural gas to two of TNBF’s power plants.The successful delivery of the maiden cargo also supported the aspirations of the government for a more open fuel market under MESI 2.0.

“This was done with various objectives in mind,” Zainal says. “It’s recognised that coal is not going to be as fashionable going forward – a conscious move to support the future portfolio of power generation, which will have less reliance on fossil fuels.

It’s not a direct measure of what the public thinks of us, but rather a representation of customer expectations – how we can enhance our services and harness our potential in becoming a commodity hub for all fuels.

“Suppliers are faced with declining production, or even quality of their current products and, at times, even the market conditions require them to redefine their existing product to align with the buyers’ price expectations. We are always looking at options.”

With this in mind, Zainal admits his job is no longer just about buying for TNBF. It’s about value-added services and addressing concerns around environmental issues, while fulfilling other social implications.

He says the company has to focus intensively on product validation and verification so that the quality of products it supplies always meets the standards set by the relevant regulatory agencies, as well as the various industry and engineering benchmarks.

“This is so important because when you talk about the public, it does not stop with them, the end user; we also have commitments to the relevant stakeholders, the ministries, the energy commission and more,” Zainal explains.

“Meanwhile, our end customers especially collaborate with us to ensure a proper product profile is created to meet their personal concerns as well as complying with environmental regulations.”

One of the important lessons Zainal has learned about leadership is not to discriminate between junior and senior staff. While he unreservedly respects experience, he believes that staff at both ends of the career spectrum offer varying expertise, and deserve to be heard.

“I encourage everyone at all levels of experience to express opinions and ideas,” Zainal says. “Take a seminar, for example, where there are speakers. I don’t care whether you are a senior person or young emerging talent – you should always put yourself out there. It’s advantageous to learn about the different ways young and older minds think. We don’t offer specific privileges solely to senior staff. We always encourage young members to get out and network as well, because they are the future.”

Zainal recalls how during the early days of his career at TNBF when he was looking for a leadership model, he was attracted to the wolf-pack theory. This style focuses on the leader driving a tight-knit group with a collective calling and being cognisant of each pack member’s different attributes.

“Everybody is in, everybody must contribute, and your strengths and weaknesses will determine the best fit for your position in the pack,” Zainal says.

“I stand behind the pack to allow freedom to move, but also to ensure everything stays on track. I like to plan ahead and be one step ahead of things. I don’t like surprises, so that requires careful planning – careful interactive sessions – so you’re aware of things before they hit you.”

With 2020 providing more than its fair share of challenges, Zainal’s leadership skills have certainly been challenged, but apparently that’s just how he likes it. He doesn’t hesitate when asked what he considers to the best thing about his job.

“I like that it tests my perseverance and stamina,” he says. “Challenges provide value. They add to my experience, teach me more about my work and how to improve my people-related skills.” 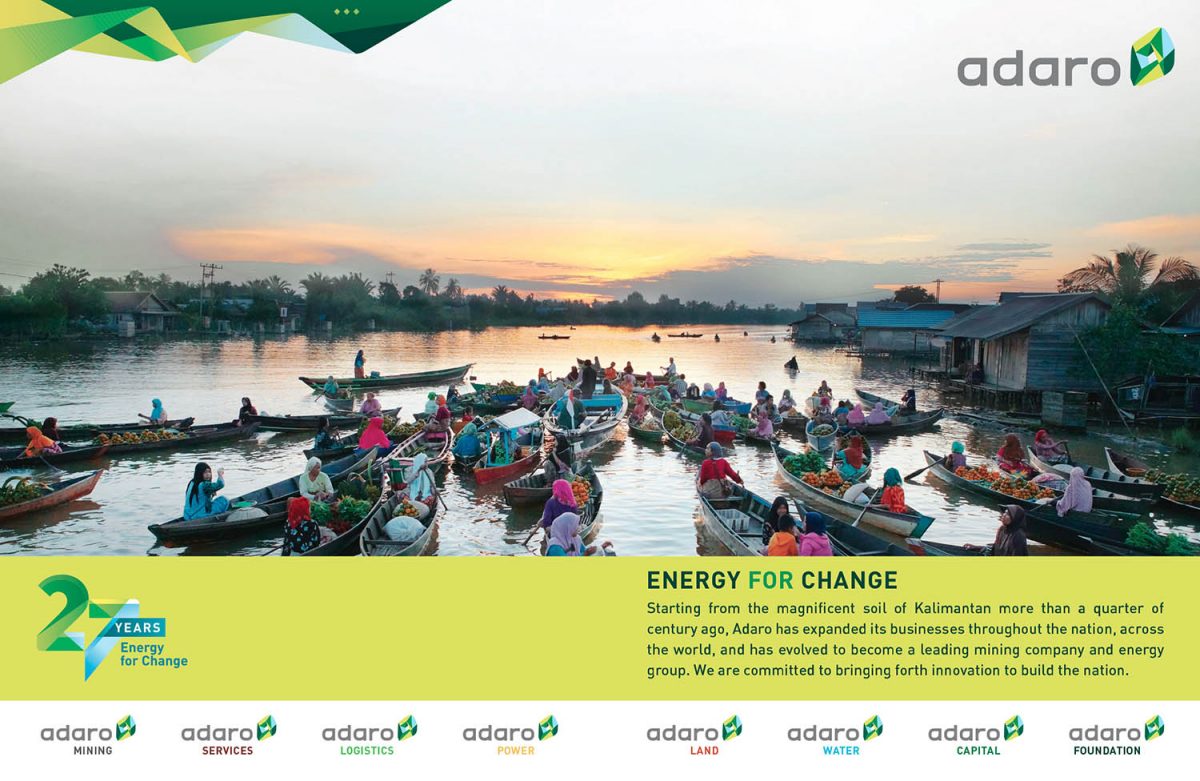