Benson Wairegi is a visionary, transformational, strategic and democratic. In addition to successfully steering Britam Holdings for more than three decades, Benson has played a pivotal role in the growth of insurance and inclusive financial services, through his membership either as Chairman or Board Member of various boards across insurance, banking, the public sector, education and not-for-profit organisations.

Holding an honorary doctorate from Kenyatta University, along with a Master of Business Administration and a Bachelor of Commerce from the University of Nairobi, Benson is apt to lead.

“I aim to transform the organisation through a clear vision; anticipating the future needs of our stakeholders and making decisions to meet needs with the support of all the employees,” he says.

Benson is the Group Managing Director at Britam, where he leads more than 1,000 employees and 3,000 financial advisers. He reinforces the importance of leading with inspiration and inclusion.

“I keep the team inspired and motivated by continuously seeking their input on the direction the company should take,” Benson says. “I also aim to foster an environment where staff can be innovative. It’s always about teamwork. I simply cannot do it alone. I need the support of the team to meet and exceed the expectations of our stakeholders.”

After graduating in 1977, Benson started his career as an auditor with Pricewaterhouse, the forerunner of PricewaterhouseCoopers (PwC). In 1981, he joined Britam, then known as the British-American Insurance Co (Kenya), as Chief Accountant. It wasn’t long before Benson was advanced to Finance Manager. Then, after acting as General Manager for two years, Benson was appointed as Company Secretary and General Manager in 1986. Although he resigned as Company Secretary in 1988, he stayed on in the position of General Manager until he was promoted in 1995 to his current role of Group Managing Director.

“The biggest misconception about insurance is thinking, ‘It can’t happen to me,’” Benson explains. “Such a mindset leads people to turn a blind eye to the possible impact of unplanned life events. Britam exists to assume risk and give people peace of mind in case of an unplanned event.”

Another misconception people have is that insurance is expensive. Benson says insurance ranks relatively low when considered alongside other pressing needs such as rent, mortgages, school fees, food and clothing. “Insurance shields you from lost income, unexpected hospital bills and indemnification. Therefore, it helps you save money,” he explains.

One of the critical challenges for Britam is regulation. According to Benson, the interest rate capping has had negative ramifications that have filtered through the entire financial system and the economy. 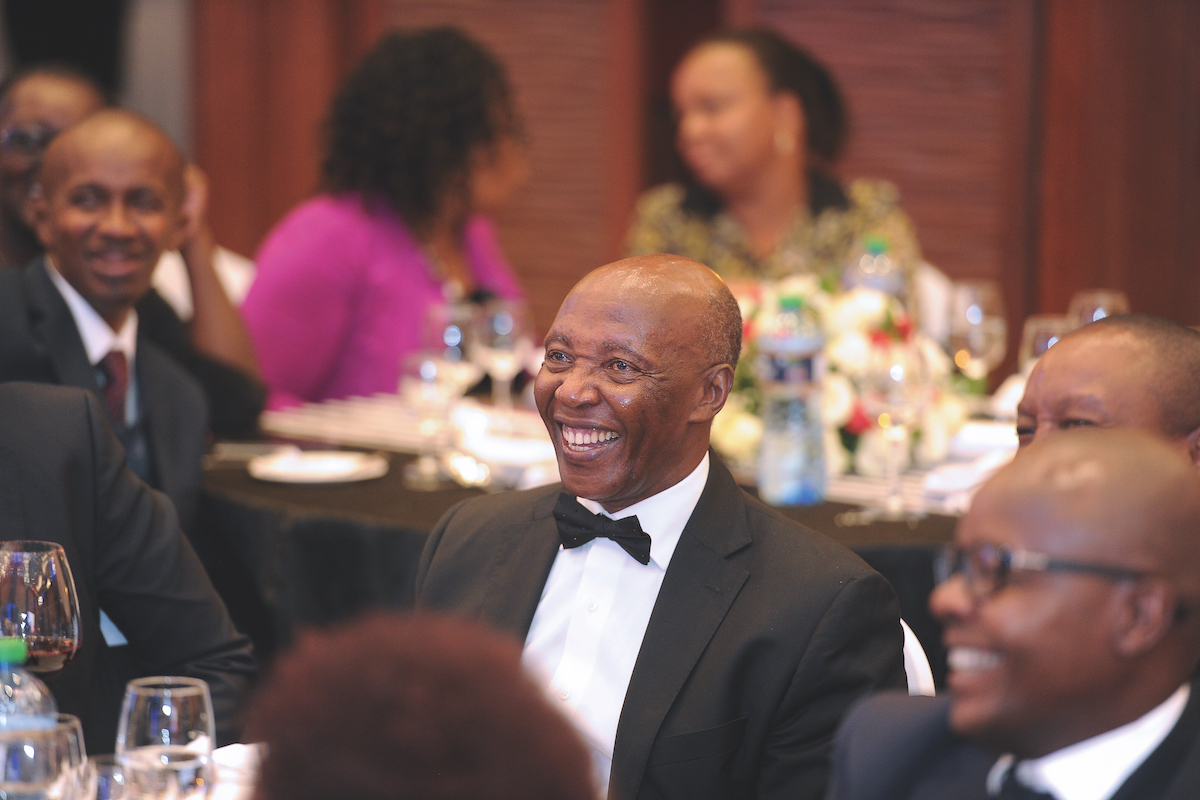 “The availability of credit, especially to small and medium enterprises, is limited,” he says. “Ultimately leading to the stagnation of this sector, which also happens to be a key contributor to the Kenyan economy.”

Fraud is another challenge for the insurance industry. Profits for some business units such as General Insurance are taking a hit due to fraudulent claims, he says “The medical insurance business last year experienced high loss ratios partly due to fraud and partly due to expensive drug prescriptions,” Benson adds.

In response to these challenges, Britam is actively engaging in non-traditional demographic segments. The business has just concluded another phase of university activation for one of its investment products known as Imarika. Benson says the goal is to demonstrate to that particular demographic that they can invest with as little as KSh200 (€1.75).

“The long-term effect is to foster a culture of investment in this segment,” he says. “When that person’s life stage changes and they have access to more funds to invest, they will bring it to Britam. Therefore, they become part of our growth story.”

Benson explains that the company is continually reviewing its claim processes to make sure it detects fraudulent claims. “We are also lobbying doctors and their unions to have them prescribe quality-assured generic drugs as opposed to the original expensive variants,” he says.

“I aim to transform the organisation through a clear vision; anticipating the future needs of our stakeholders and making decisions to meet needs with the support of all the employees.”

Benson stresses that in developed countries such as the US and the UK, generics account for 80% of drugs dispensed by volume and 30% by value. Adopting this “will have the knock-on effect of lower premiums and make health insurance accessible to more people”.

Driving the most prominent growth at Britam is the youth segment. Through research, the company has identified the trends, needs and wants among the youth. Additionally, with the majority of the Kenyan population in the youth segment, this offers an affluent target market.

The company also bids investment products through its subsidiary, Britam Asset Managers. “We have seen growth in investment products uptake by emerging affluent young adults. These are individuals with enough money to save and invest in their future and that of their children,” Benson says. “Their savings objectives are focused on their children’s education, life after retirement and emergencies.”

Another growing sector is small and medium enterprises (SME). With the growth of the SME sector in Kenya, there is also an increased need to employ more human capital. As a result, Benson says, this comes with employee liabilities and risks where insurance is a requirement.

“The biggest misconception about insurance is thinking, ‘It can’t happen to me.’”

Operating across seven countries and 66 branches, Britam is striving to be a market leader in all aspects of its business: insurance, asset management and property development. In the next five years, the company aims to grow even further while putting the customer at the centre.

“We need to provide seamless and consistent customer experience across multiple channels,” Benson adds. Other goals include embedding innovation into the fibre of the business’s culture, strategy and operations as well as operational excellence by focusing on achieving profitability. With a US$1 billion (€904 million) asset base and more than 500,000 lives insured to date, Benson has built not only a super brand but also a financial powerhouse.