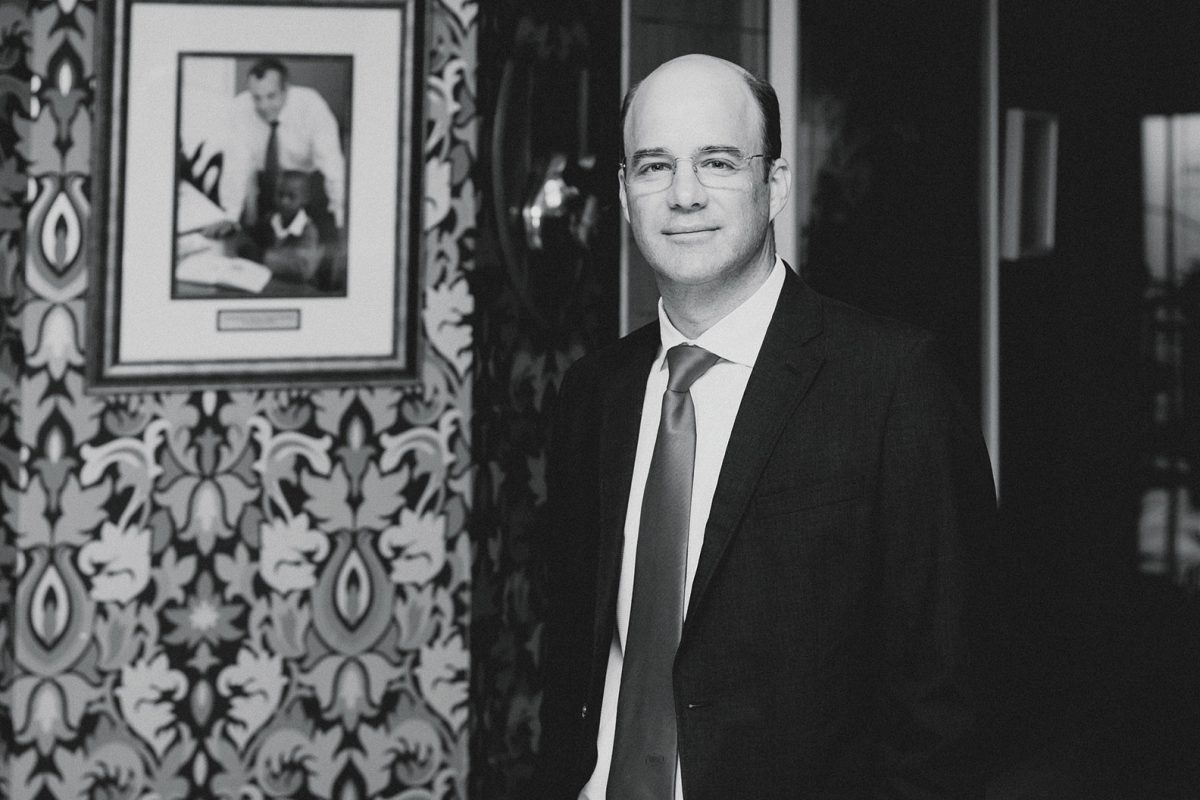 One thing Carl van der Riet would like people to know about the funeral business is that it involves so much more than coffins, tombstones and hearses. As CEO of AVBOB Mutual Assurance Society, he has come to understand better than most the important role that funeral companies play in the grieving process.

“People tend to view what we do as the output of the service that we render; in other words, conducting funerals,” he says. “But what we actually do is provide empathetic, comforting guidance throughout the process. Losing a loved one is an extremely traumatic process and it’s not something that many people are used to dealing with on a day-to-day basis, so it can be confusing – what to do, whom to phone, how to organise things.

“We take the stress out of the process so that people can focus on the things that matter – on family, on grieving and on processing the bereavement”.

To fulfil this role successfully, AVBOB has fostered a culture of a caring family that underscores everything it does. A key reason the company is able to set itself apart in this way is because it has been a mutual society since its founding 103 years ago and, therefore, does not have any shareholders to serve.

“Everything we do is for the benefit of our members and that affects our decision-making. It affects the way we view our role and it affects our culture as well,” Carl reveals.

“That applies to both our customers and our employees. We have an empathetic approach to our staff. It’s really important to us.”

Carl worked with AVBOB for 10 years as an external actuary before joining in 2017 and eventually becoming CEO in November 2019. His previous experience in a professional services consulting firm helped him learn to combine a traditional “logical mindset” with more innovative practices, he shares.

“You have to combine the creativity, the flair, the optimism, the sort of anything-goes kind of attitude with the traditional, more structured methodology that would come through from the financial approach.” This mindset has produced one of AVBOB’s most important innovations: the combination of funeral services with insurance. 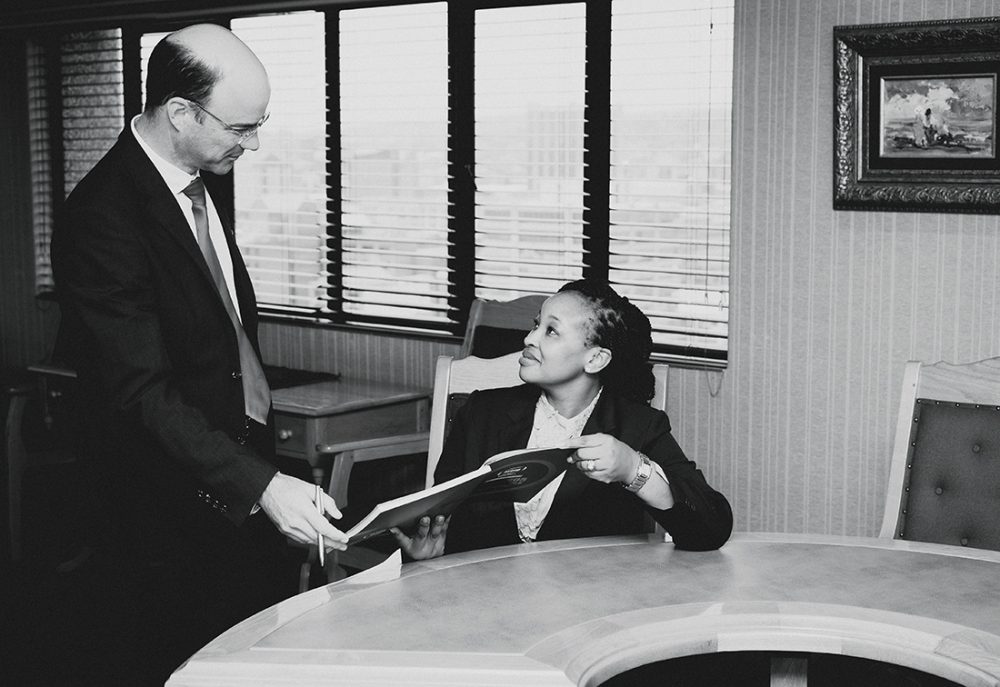 “Through this business model, we are able to bring people into the economic network who didn’t previously have access, and provide tangible benefits to them,” Carl says. While traditional insurance sales are purely transactional, AVBOB sees its role in the industry as more than selling policies, collecting premiums and paying out claims.

“We’ve got a combined insurance and funeral service business, and we know that when someone comes to us and there’s a claim or a loved one passes away, that’s where the insurance part hands over to the funeral service part,” Carl explains.

“For that reason, when someone comes to us at the claim stage, it very clearly is not a financial transaction. It is merely the next step in our logical relationship with them as a combined insurance and funeral service provider, and so we tend to see claims as a means of really engaging with our customers and getting closer to them.”

You have to combine the creativity, the flair, the optimism, the sort of anything-goes kind of attitude with the traditional, more structured methodology.

Anybody insured through AVBOB qualifies for a free basic funeral service, worth about ZAR17,000 (€965). “You don’t pay for that,” Carl says. “That’s on top of the value of your cover, your policy payouts and proceeds.

“This means that, given the cost of funerals, given the financial burden that that creates, the benefit you get as a member allows you to provide a dignified funeral and transition for your loved one without breaking the family financially.”

In the year leading up to June 2020, AVBOB provided free funeral benefits worth around ZAR310 million (€16.6 million) – money that would have otherwise come out of people’s savings or put them into debt. “If you ask me what inspires me in terms of my work and in terms of the role, it’s the understanding that you are making a really meaningful difference in this country,” Carl enthuses.

“We can afford to do that because we’re a mutual.” AVBOB also unilaterally increases the cover available under its contracts at no extra charge – “If, for example, your cover was ZAR30,000 [€1,700] we’d increase it by, say, ZAR5,000 [€284],” Carl says – and its retrenchment benefit covers up to six months of premiums on behalf of customers who have been made redundant in their jobs.

Carl is driven by the belief, which is supported by research, that “the brands that will succeed in future are those where there’s a tangible and meaningful contribution to the communities in which they are operating”.

AVBOB is especially well equipped to form meaningful bonds with communities, he says, as it uses a model that resembles franchises and enables the creation of “small businesses in the community”.

The brands that will succeed in future are those where there’s a tangible and meaningful contribution to the communities in which they are operating.

“In our business model, when we open up a funeral agency in a community we will provide all the capital, the infrastructure, the vehicles, the properties, the branding, everything, but we will tend to recruit people from the community to run and work in that branch. In other words, it’s a semi-franchise model. They will work for their own account at that branch and they will then also procure services such as family vehicles, catering and so on, from the communities around them,” Carl points out.

He calls this a “sustainable partnership model” where AVBOB is “empowering people in their communities to run businesses on our behalf in the communities”.

On top of that, the company invests in small businesses in its supply chain to help them scale their businesses. Community engagement for AVBOB also goes beyond the business side of things.

The company works with South Africa’s Department of Basic Education to provide free libraries to underprivileged schools and communities made out of shipping containers.

So far, it has provided more than 50 libraries, which come equipped with 3,000 books, a computer and a solar panel to power everything. Because they are transportable, they are ideal for serving rural schools.

“They’re a major community resource,” Carl says. AVBOB has also set aside ZAR150 million (€8 million) to build and refurbish schools across the country.

“We are also participating and partnering with various NGOs around the anti-gender-based violence initiatives that are going on in the country. It’s quite a serious issue, and we’re participating in combating this societal scourge,” he adds.

The company also makes its presence felt in the arts, with a national poetry competition that accepts entries in 11 languages. “The poems are generally around the issue of life and mortality and loss, and they help people to articulate their emotions in their own languages and to process what they’re going through,” Carl tells.

For a company that deals with the reality of death, the COVID-19 crisis has carried special significance and allowed AVBOB to once again demonstrate its unique role in the community.

As cases surged in South Africa, it shifted from converting its shipping containers into libraries to instead using them to help provide temporary mobile mortuary facilities where required around the country.

“Because of the incredible pressure that there was going to be on mortuary facilities, our factory flipped a switch and started converting shipping containers into mobile mortuaries and funeral facilities. We did about 18 of those, which we then deployed around the country at various hotspots, wherever demand was intense for funerals throughout the pandemic,” Carl says.

Despite the disruption, AVBOB is still on track to fulfil its goal of opening 100 new branches. At the time of writing, the company has opened 70 and expects to complete the remaining 30 within 18 months.

“That expansion of our footprint is still very much a focus, and we’re making strong progress on that now,” he asserts. But for Carl, the resounding impact of the pandemic will be a lesson in resilience.

“The agility and the innovation that came out of the crisis was impressive,” he says. “It illustrates that we can, as people and as a business, adapt to the environment far more than we think we can.” 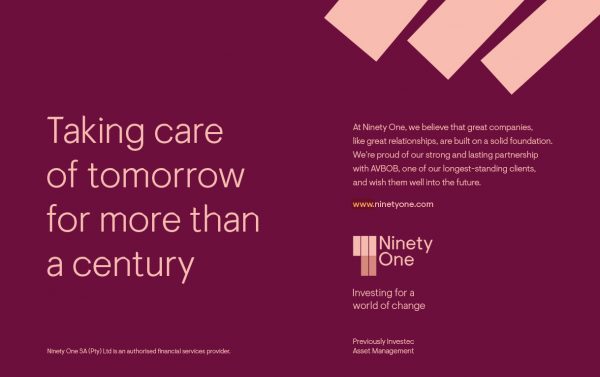 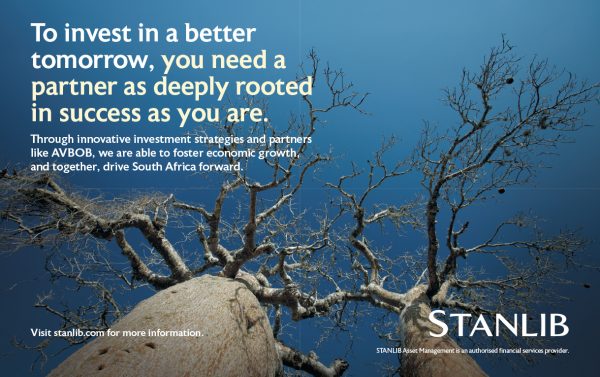